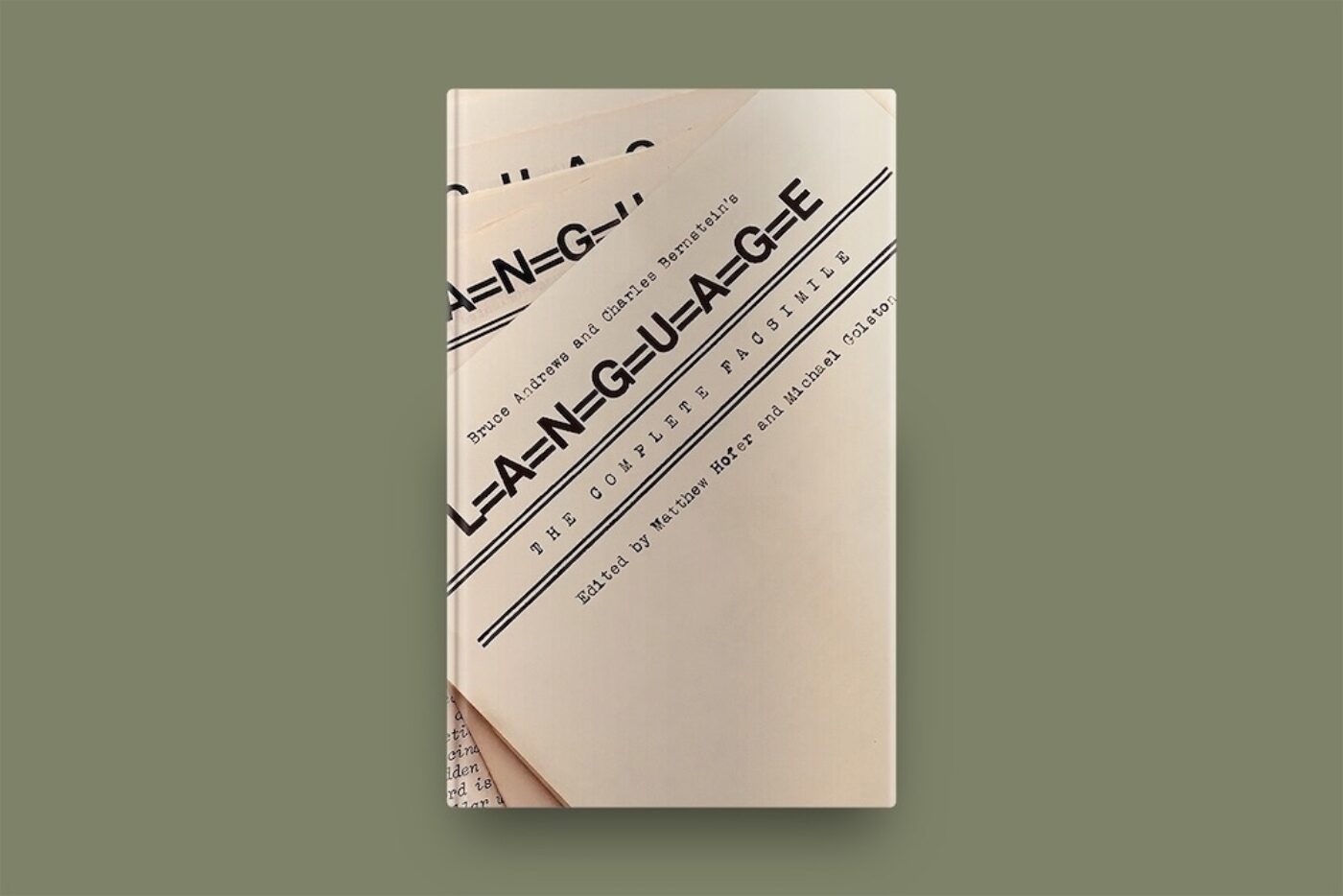 When the “complete facsimile” of L=A=N=G=U=A=G=E (New Mexico Press), the bimonthly magazine from the late 1970s, arrived in the mail in my COVID-19 seclusion, I was delighted at how comfortable I felt returning to many of the texts and arguments about poetry, politics and, well, language, that had marked my earlier years. Some paragraphs, from writers like Jackson Mac Low, Ron Silliman, and Steve McCaffery, were familiar to me almost word for word. So too were the provocations of Bernadette Mayer. The next day I called a West Coast editor of a literary journal and pitched a review. I was politely turned down, owing to the publication’s “current efforts” at diversifying its offerings in terms of both contributors and books under review. I wrote back, saying, “Now that I think of it, good call.” But now, given the catastrophic breakdown of public discourse in recent months, I am not so sure.

It is true that the poets and theorists of the Language poetry camp were 99.9% white—in the facsimile’s 558 pages I could confirm only one contributor of color (Lorenzo Thomas). And although men hog the majority of its pages, the women present stand out—Rae Armantrout, Lyn Hejinian, Susan Howe, Rosmarie Waldrop, the aforementioned Mayer. This list is so strong that it suggests another problem—that women may have been held to a higher standard, as is typical even today. Despite such glaring diversity issues, I cannot dismiss the underlying ethics, politics, and aesthetics that dominated the publication, not in these days of George Floyd, the injustice-revealing pandemic, and the Black Lives Matter movement around the world. It is a time when language is a hotly contested site, voices drowning out other voices, crowds rallying to words and slogans, the very breath of speech being taken away. Language, at the center of it all.

An insistent, strident politics characterized many of the essays and musings in the fifteen issues of L=A=N=G=U=A=G=E, edited by New Yorkers Bruce Andrews and Charles Bernstein, who along with Ron Silliman in Berkeley and Steve McCaffery in Toronto, set the ideological compass of the publication. The far-left rhetoric edges into a call for a working-class assumption of power. And it is this neo-Marxist theorizing that earned the Language poets permanent enmity among broad swaths of working poets. Consider this near-canonical statement by McCaffery from the second issue:

“Marx’s notion of commodity fetishism, which is to say the occultation of the human relations embedded in the labour[,] process has been central to my consideration of reference in Ianguage… a strategy of promise and postponement; it’s the thing that language never is, never can be, but to which language is always moving. This linguistic promise that the signified gives of something beyond language i’ve [sic] come to feel as being central to capitalism (the fetish of the commodity) and derived from an earlier theologicolinguistic trick of ‘the other life.’“

That’s a tough side dish with your poetry. But what this position inspired (or conspired with) is a bruising critique of transparency in language and any presumption that language describes reality rather than creates it. This stance generated poems and texts that highlighted the materiality of language, its orthography, its sound, its arbitrary foundation. Although L=A=N=G=U=A=G=E carried no poems, only theory, reviews, and critical excerpts, the poems of many of its contributors were widely published elsewhere, much of them opaque or repetitive or unreadable, even illegible. Still, many of them—such as any poem by Larry Eigner, or any section from Ron Silliman’s Alphabet series, or Jackson Mac Low’s Light Poems, Lyn Hejinian’s My Life, Clark Coolidge’s post-referential The Maintains—are beautiful, challenging, and original works. In the successful compositions, the reader does not take language for granted but rather takes it anew. We know something of how language works, what it hides, discloses, occupies; how it fails. All this is more important to the Language poet than striving for the simulacrum of an emotion in words. This is far from Robert Lowell’s poem “Skunk Hour.”

But why the fear that language is exploiting us for someone’s profit? That would be an apt question to raise of the Language poets maybe five years ago, and the answer might invoke those earlier times as explanation—Vietnam, Nixon, Mao. But now, now when we know that language is such a battleground, not a demilitarized zone where all parties agree the apple is red? Or that Texas is Red. Or Blue? The exploitation of words is ongoing, every day in every area of our current experience. As James Sherry asks in an early issue,

“Can we get to the point where we do not need to be reassured by meaning which accompanies language? Can we use language not as a lens through which the world is pleasantly or wrathfully distorted for the purposes of lulling the reader into another world of lies and symbols?”

Lies and symbols. We’d all be wise to be alert to lies and symbols and to the assumptions and coercions hidden in speech or writing. That may seem obvious these days but clearly it is not easily done or commonly practiced. The rigor of the many contributors to what we now call the Language School is worthy of respect. It was a risky route to take as a poet—let’s call it anti-careerist—though a few (Bernstein and Hejinian, for example) did make it into university posts where their influence has been huge. L=A=N=G=U=A=G=E (just typing it out, shifting in and out of caps lock, makes a point) is here to stay. Poets being poets, the Language poets raised alarms where they could, albeit in a small community of fellow poets. With this publication, crucial arguments live on, to be argued over again, in a world we tend to think is different. And it is and it isn’t. 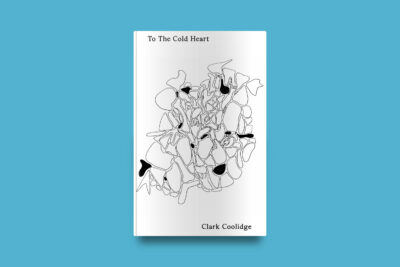