Klaus Could Never Do This!

Behind the mysterious moniker Klaus von Nichtsaagend are Rob Hult and Sam Wilson, RISD graduates and co-founders of the Williamsburg gallery. They discuss the origins of their space (as well as the German name), the artistic community they’ve helped foster, and the luck that’s helped them stay afloat. 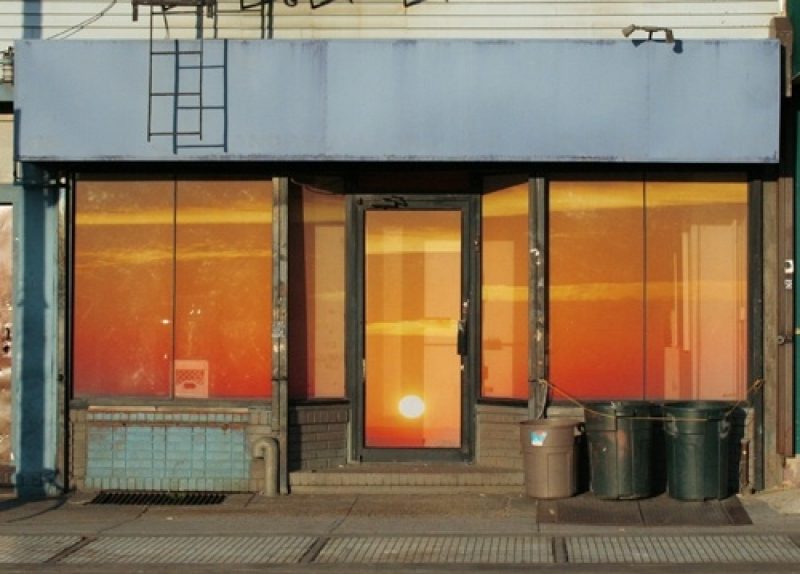 Rob Hult and Sam Wilson moved to Williamsburg days after their RISD graduation in 2001, in what turned out to be two quick months ahead of 9/11. That day they became instant New Yorkers and began their careers in the political and economic uncertainty of the aftermath. Another chance encounter gave them the opportunity to start a gallery, they went for it, and the notable Klaus von Nichtssagend in Williamsburg (that they run with Ingrid Bromberg Kennedy) was formed in 2004. Six years later, in a ravaged economy, they’re still here, working hard and feeling lucky.

Mary Jones Who exactly is the mysterious Klaus von Nichtsaagend?

Rob Hult Klaus von Nichtsaagend came from trying to work out a name. We were this tiny storefront and we wanted something really pretentious sounding, an aristocratic, old money name, like a big Chelsea gallery or something. We had the Klaus von part as a starter. I asked a German friend of mine, Robert Geller, to suggest something. He said nichtssagend would be perfect! Nichts is nothing, and with sagend it’s German colloquial for “nothing to say,” as in “I have nothing to say.” Nichtssagend is like “nothing saying.”

Sam Wilson Or, “it’s meaningless.” It also implies “I wouldn’t say that if I were you.”

RH It’s slang…a German colloquial…German’s are generally pretty amused when they see there is a Klaus with that name.

SW They either think it’s funny or ridiculous.

MJ How did you start it?

RH This stretch of Union Ave. was pretty barren up until ‘05. All these storefronts were mostly empty. This was an artist’s studio, and I would walk by and look in here. One day I walked by and I saw someone I knew from school, from RISD in here…Matt Chase. The place was empty and he was painting the walls. He said “Oh, I’m having a show here. I’m cleaning it up, I met the people and they’re letting me have a show.” A couple of weeks later I went back and he was here with Ingrid (who later became our partner). I asked “how’s your show going?” He replied, “Oh well, so the people who offered me the show were kicked out because they were living downstairs in the basement against codes or something. Do you want to start a gallery?” Ingrid was interested in doing it with him too, and splitting it three ways made it really cheap to pay the rent. I immediately thought of Sam. We had talked in school about running a gallery. We had shown our work together at RISD and produced shows. I had also put together a drawing sale at RISD, and donated the half the proceeds of the sales for a scholarship, but none of us had any actual gallery experience except Sam, who had interned and worked at a lot of galleries. We needed him.

MJ What was your hesitation?

SW I didn’t take it lightly. It’s kind of putting yourself out there in a way that you want to do right, but it seemed between the four of us we could pitch in with our different skills to do it right. We all knew plenty of artists and really liked their work, and who would pass up the chance to show that work?

MJ But now there’s three of you.

RH It started to become “how much work are we willing to do”…and we had to put some real money down to keep the operation going. For art fairs and such, it became more challenging. I think Matt figured that it had extended the parameters of what he wanted to do, and we parted on amicable terms.

SW That made the three of us all the stronger; now we had all asserted our commitment to it. As soon as we said This is really important to us, it was easier to work together. We were going to still push this forward. We became a cohesive group; the beginning of us being a real team—a real team with a shared value system.

RH We started off by showing some of the people that we went to school with, whose work we knew really well… we’ve seen they’re work since they were 18! Many of them are still singularly devoted to their work, which is great. As for our overall program, it’s kind of aggregate. We never had a formal strategy meeting about it—it’s more loose and organic. We try to use the space in a lot of different ways, and frequently use outside curators too, which enables us to discover new artists, which is always exciting.

SW I think of the gallery and my studio work as two sides of my practice, but they’re intertwined in who I am and what I do and how I can think about what I do in my studio. It’s so interesting to see how other people work.

RH I’ll cosign on that.

MJ Does the gallery function as a community of artists for you?

SW Artists are our primary audience, so many people have met each other through Klaus, we do serve a purpose greater or outside of showing and selling artwork. It’s artist generated and the dialog expands mainly through artists.

MJ Have you created your own day job? One that you like?

RH That would be amazing, but Klaus just can’t cut us paychecks yet. I do some graphic design freelancing for a book publisher and am somehow able to keep on through the bad economy. I was also recently awarded a Pollock-Krasner grant for my own work, which is a life-saver.

SW The gallery has never supported us. At best it’s been self-sufficient, and we’re happy when that happens. We have to have day jobs. It helps so much that there’s three of us. At any point that there’s something one of us can do for the gallery. We know so many people who are just overwhelmed with the commitment and the responsibilities. If there were really a Klaus von Nichtssagend, he’d be completely overwhelmed with this. Klaus would never be able to do this!

Mary Jones is an artist living in NYC and an adjunct professor at RISD and SVA.