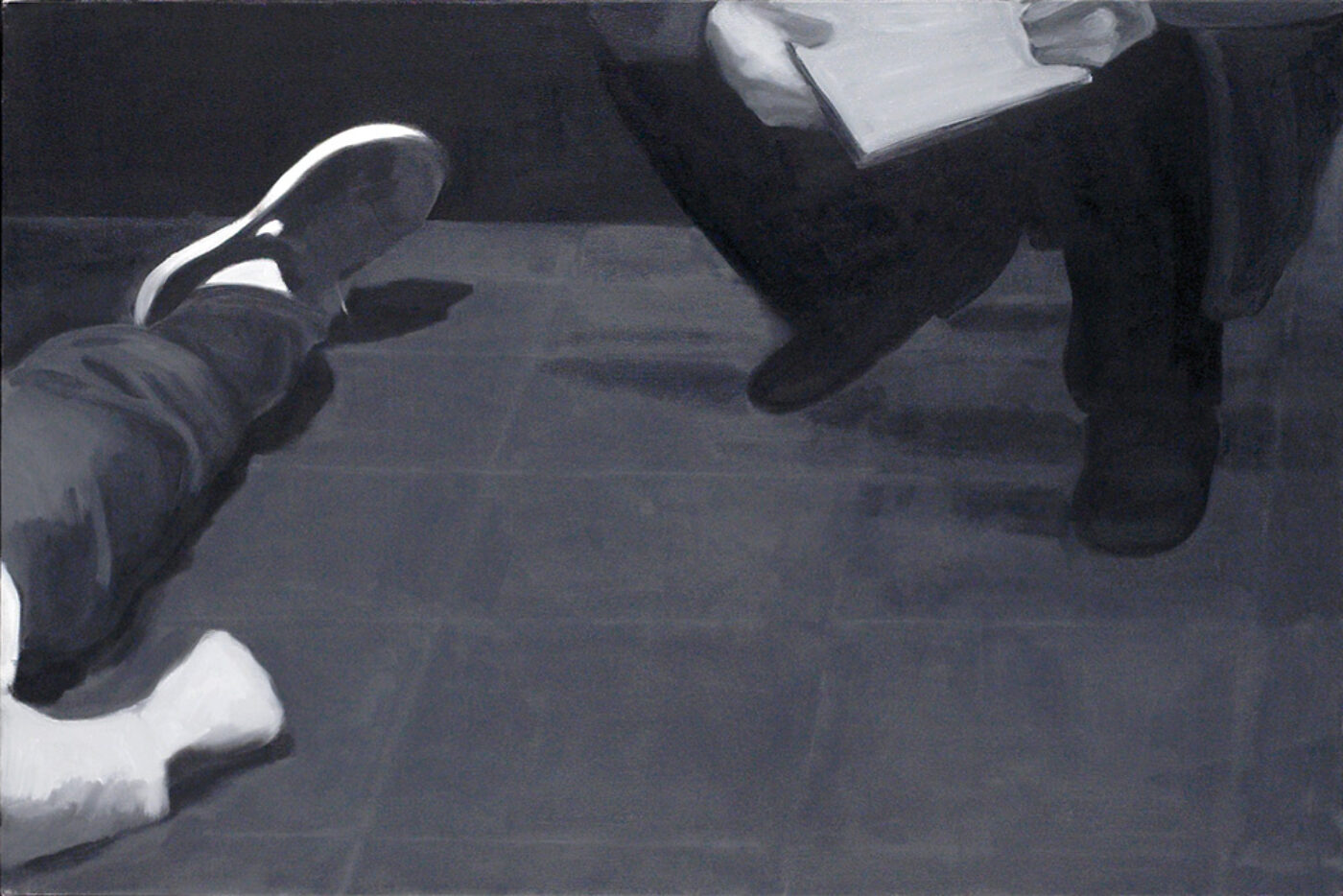 When I look at Jordan Kantor’s visual art, I think of poems.

Actually, if I’m honest, the work Kantor tries to do reminds me of the work my poems are trying to do, which is to strike a balance between proportionality and excess, the personal and political, the lyrical and the philosophical. His paintings, photographs, and sculptures, and his new book, Selected Exhibitions: 2006–2016 (No Place Press, 2017), reveal similar obsessions, though, I think he may be more successful at reconciling these conflicts than I am.

Kantor’s art is about interpretation—by both the artist and the viewer. The book does a nice job of illustrating this. Part artist’s book, part catalogue raisonné, Selected Exhibitions asks to be decoded yet argues for its own indecipherability. Kantor is inclined to gesture toward influential predecessors, like Édouard Manet, but just as often, he is inclined to quote himself. I recognize and appreciate this affliction.

In fact, much of Kantor’s work turns on the question of resemblance. A case study is the arrangement of four discrete art objects that appeared in the Columbus show. The top left image, Untitled (greenhouse diagram) (2007), is a cropped blueprint of Kurt Cobain’s house in Seattle. Below it sits a larger image, Untitled (greenhouse diagram clear photocopy) (2006), a photocopy of the same diagram but reframed. A third image, Untitled (greenhouse) (2006), is a paparazzi photograph of Cobain’s greenhouse taken on the day of his death in which a policeman stands in the doorway. Finally, the last image, Untitled (forensic scene) (2004), is a painting of a zoomed-in view of what you might see if the policeman were to move aside. It’s the only painting in the cluster, and, on the one hand, a fragmentary recasting of Manet’s The Dead Toreador, on the other hand, a commentary on how the artist sees his subject. I like to think the kneeling figure is Kantor himself, winking off camera at the viewer: This is what we do. 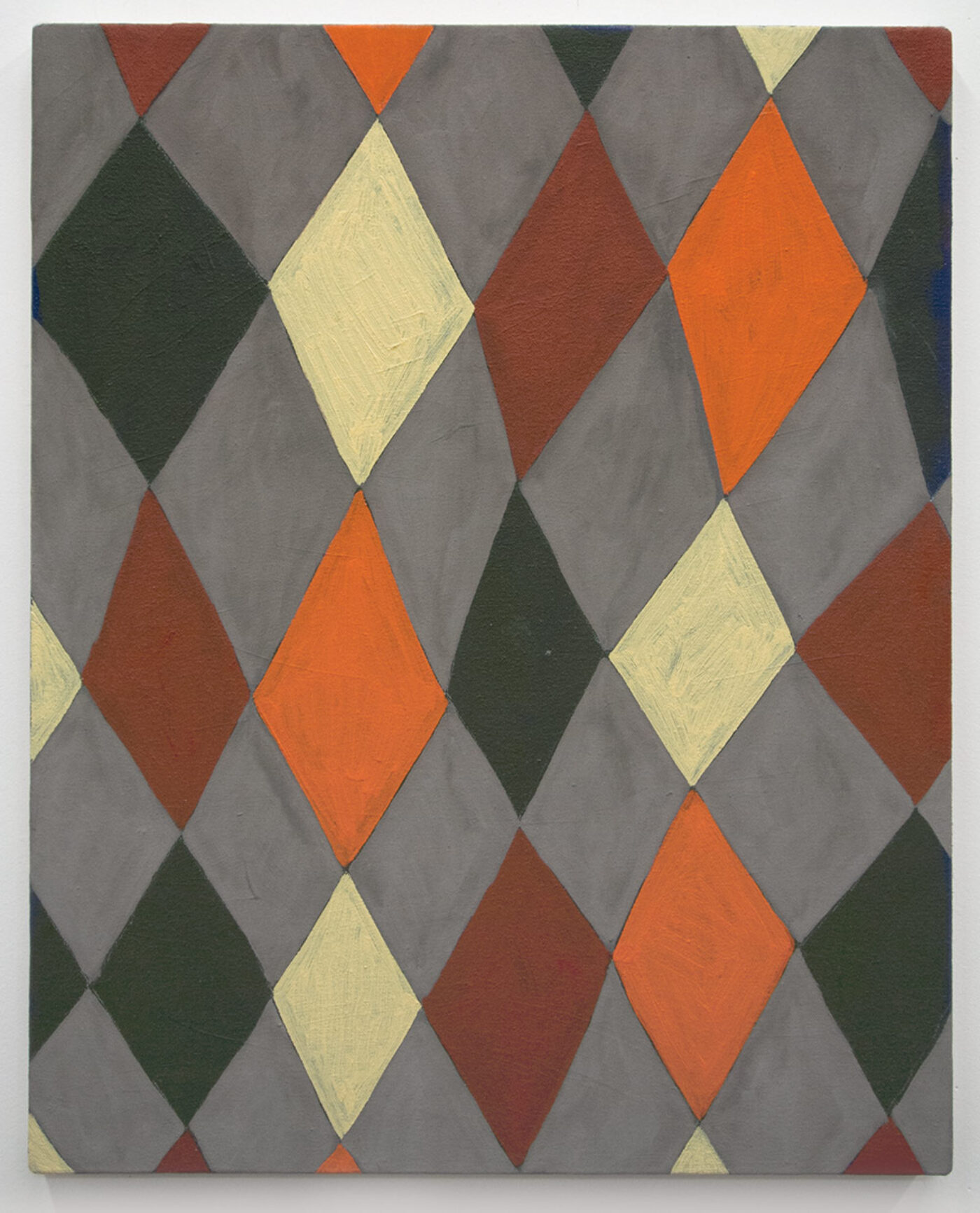 On a recent studio visit, I was particularly intrigued by two interrelated series begun this year. One is a set of boldly colored harlequins that read like details from Picasso.

Or nightmare wallpaper.
Or a kickass golf sweater.
Or all of these. And more.

The symmetry of the repeating patterns is frustrated by the sort of oblong and notably asymmetrical diamonds (a kind of noncubist cubism). I also wonder about Kantor’s invocation of the Harlequin as a trickster figure.

Kantor may not be this century’s most famous artist, but he is aware of the power of the artist’s signature. Nowhere is this more evident than in a series of paintings made from the end squares of the boxes that the exhibition book was shipped in which mirror the same color palette of the harlequins. When I first saw these pieces, I immediately thought of Bill Traylor, the self-taught African American artist who preferred cardboard to canvas. Kantor was probably not intentionally quoting Traylor, but he may have been making a nod to marginal artists who eschew the trappings of high art (in the way a court jester, harlequined, speaks truth to power). So, from a titling perspective, these echo Picasso, and from a geometrical perspective, the stacked rectangles whisper “Rothko.” Ultimately, it reveals Kantor’s bookishness—his art goes into the book, the books go into the box, the art goes onto the box. Naming. Language. Text. Authorship. It’s a shamelessly literary move, and I love it.

Dean Rader’s recent books include Suture (Black Lawrence, 2017), a volume of collaborative poems with Simone Muench, and Self-Portrait as Wikipedia Entry (Copper Canyon, 2017). He is a professor at the University of San Francisco. 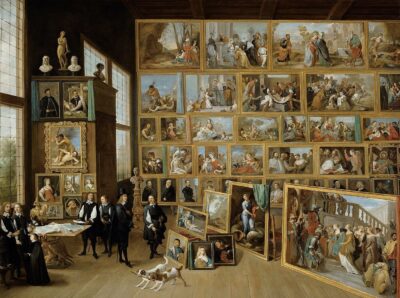