Johanna Skibsrud’s The Nothing That Is: Essays on Art, Literature and Being by Katharine Coldiron

A medium for conversations about deep time, how war affects our consciousness, literature and, of course, nothing. 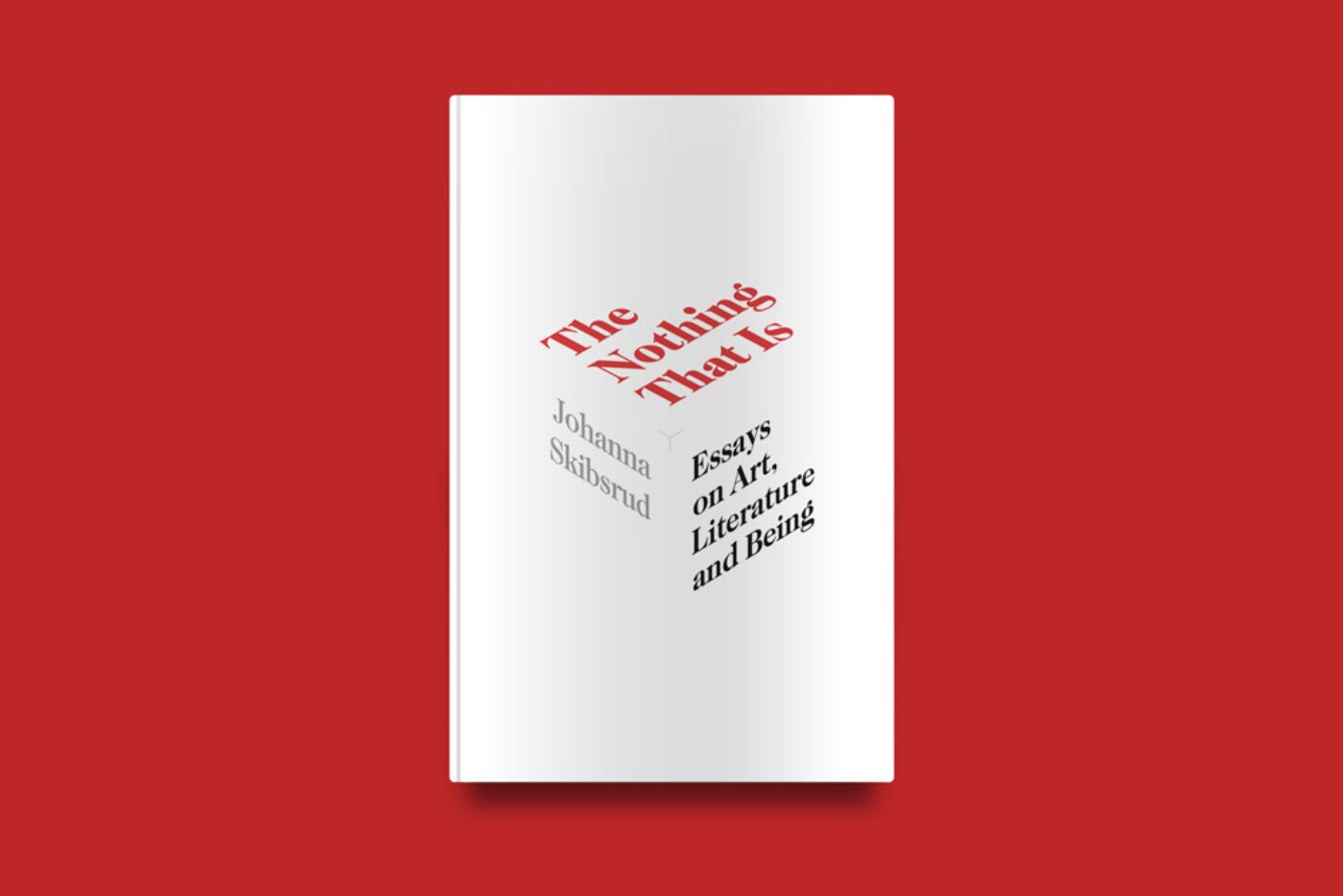 Here’s a funky little book about nothing—not in the way Seinfeld was about nothing, but in the way that space is mostly nothing. Or so the back cover of The Nothing That Is (Book*hug Press) claims. In truth, the essays that compose this collection are grouped mainly by virtue of their common author and her soaring intelligence. Their heterogeneity renders the reading experience a little bumpy, leaping as the topics do between widespread phenomena, such as fake news and the Falling Man of 9/11, and more specialized ones, like the poetry of Erin Mouré and George Oppen. Skibsrud is an impressive writer and thinker and this book, her seventh, collects her ideas for an array of audiences with different reading proclivities.

Skibsrud’s work considers ideas as large as time and death, and lingers gracefully on how literature knits with human life. Plenty of writers swimming among such big concepts have been lost at sea, but Skibsrud sails through with confidence. She sets down the framework and textual precedents for her interpretations carefully, more in the mode of a particularly competent philosopher rather than a literary theorist.

In an essay that memorializes the centenary of World War I’s beginning, she uses Arthur Miller, Herodotus, and Carolus Linnaeus to examine the relationship between war and literature:

In direct contrast to war, literature offers a space of reflection within which we might consider the inherent incompatibility of truth and power, as well as the essential ambiguity at the heart of what it means to be human. It allows us to recognize the essence of the human as that inherent gap between fact and fiction, perception and the real. It offers us a space wherein we can acknowledge the ambiguity by which we are defined and become, as Muriel Rukeyser has written, “more human.” If to be human is to recognize oneself, it follows that to be “more human” is to recognize oneself more completely. To help us recognize ourselves more fully despite or because of the inherent ambiguities and entanglements of every attempt at definition—this, as I understand it, is literature’s task. In direct contrast to the impulse of war, which, through the disruption of boundaries seeks only to establish new ones, literature invites us to dwell within a space of relation and response.

That’s a long quote for a review of this size, but it’s a nice encapsulation of Skibsrud’s style and effect: remarkable insight, patient syntax, seamless quotation. And a bit of an uneasy truce between scholarly writing and general interest essays.

Skibsrud writes most palatably about topics that don’t require specialized knowledge (false atrocities and “fake news” in Vietnam and the 2000’s), or when she explains her sources of inspiration thoroughly (Philippe Petit walking a wire between the Twin Towers). She writes for a much larger potential audience in these two modes. She circles back continually to Null Object, a sculpture made collaboratively by Bruce Gilchrist, Jo Joelson, and Gustav Metzger. It represents, for Skibsrud, the pinnacle of nothing:

Instructed to think about “nothing,” Metzger was hooked up to an electroencephalogram…This data was then translated into a set of instructions for a robot programmed to carve out the interior of a 50 cm cube of 145 million-year-old Portland stone, providing a “null reference” to Metzger’s (now doubly) absent thoughts.

The sculpture appears most prominently in the first and penultimate essays. In the latter, Skibsrud compares Null Object to a project by Katie Paterson, in which she used certain recorded sounds from glaciers to “explore…the contingent relation between the time-bound subject and objective records of deep time.” Only a fool would fail to be halted in her tracks by the spiraling implications of these projects, invoking “nothing” and “time” by such poetic means, and Skibsrud is an extraordinary guide to the consequent trains of thought. “Time and history are not linear in structure…but lyric,” she writes, and she makes that idea both comprehensible and persuasive. But her work shines here because she has so thoroughly familiarized Null Object to the reader who may not have heard of it, rather than assuming that the reader understands the sculpture or writing for a specialized audience.

The less successful essays offer literary analysis on particular poets and writers (Ashbery, Rukeyeser, Woolf), which read like material from single-subject academic journals. This is not necessarily a demerit, because, judging from the other work in The Nothing That Is, these essays are likely well-argued and meaningful to those familiar with the writers at issue. However, they are not useful to the general reader, even the thoughtful kind of reader who’d pick up her book in the first place.

Like many writers, Skibsrud advocates for writing as an elevated duty of living in the world, but she does so with more contemplation and less ego than others:

Writing is the inscription of this absolute potential [between life and death] and, as such, it acts as a medium for what, beyond the finite framework of subjectivity and the individuated body, persists in and as that absolute.

The Nothing That Is certainly fulfills this duty. It’s a medium for conversations about deep time, how war affects our consciousness, and, of course, nothing. Its intent appears to be gathering up the loose change from a writer’s intellectual sofa cushions, and in this case, that’s a lot of wealth.

Katharine Coldiron’s work has appeared in Ms., the Washington Post, the Los Angeles Review of Books, the Times Literary Supplement, the Kenyon Review, and many other places. Her novella, Ceremonials, is due in 2020 from Kernpunkt Press. Find her at kcoldiron.com or on Twitter @ferrifrigida.