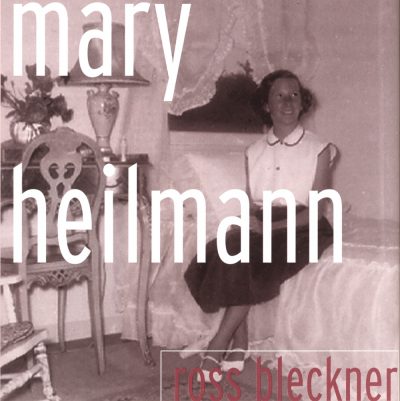 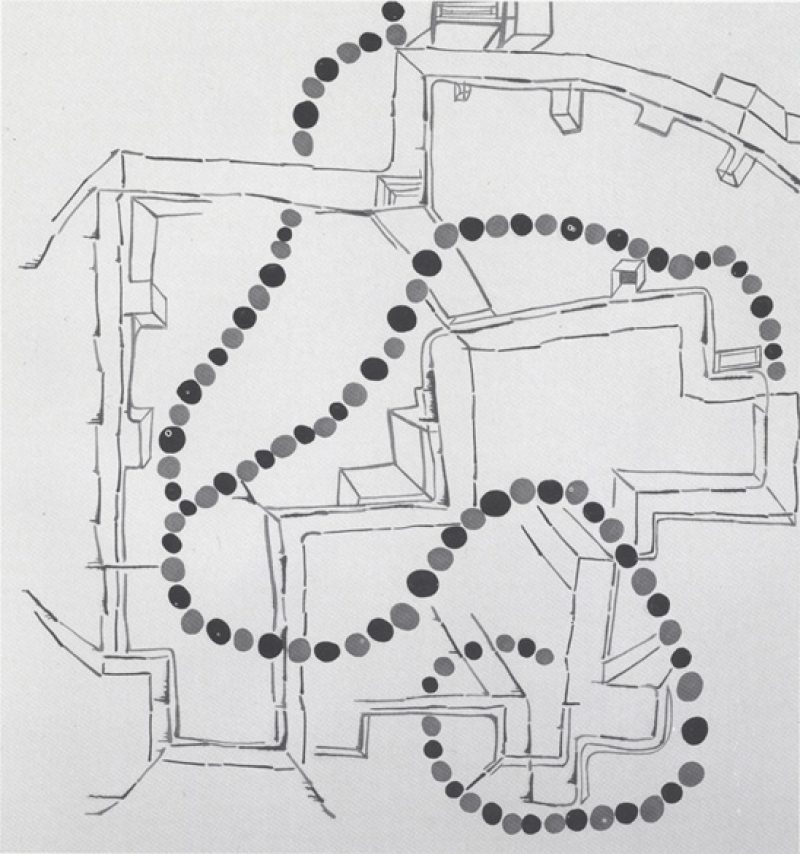 I first visited Joanne Greenbaum’s studio about ten years ago because Cady Noland told me that I might like her work. I was already a major fan of Cady; her installations inspired me. I knew what she was about. Where Cady eyed the shabby, lower ends of society and found a sharp American family narrative in such things as discarded beer cans, hospital apparatus, or construction site gear, Joanne seemed to be remembering the atmosphere of a festive female experience of the ’60s. She created paintings that floated bright-colored floral arabesques or bordered clear white spaces with curtain-like symmetrical curves. These baroque or carnivalesque motifs reminded me of the magical Edwardian style that was the ’60s of Donovan, Nick Drake, flower power, Papagallo shoes, Marimekko dresses, Correges boots, the toodle of renaissance commedia del arte pipes. And I recognized that, too. I saw a link there. Cady and Joanne were picturing my reality. And this was long before this type of material—the pretty and decorative, or the grim abject imaging—was used to signal the spirit of a moment in time. Now, ten years later, it’s everywhere.

I had not seen anyone sampling color-field painting before Joanne. I put these two women’s practices (Cady’s use of detritus, and Joanne’s playful baroque) together in my mind, conflated them with my own, and got the idea of “style as content.” And that was a big minute. An awakening. The great bugaboo of originality lost its preeminence as a major value in art. I loved that.

It was radical for Joanne to be doing deconstructed self-critical color-field painting in 1989, and because of what happened next, you would have thought that people from LA to Houston to Amsterdam to Berlin, even as far away as South Asia were seeing her work. It wasn’t that this spare painting with its French curves and stained biomorphs was so wildly original, but that it was part of a world sweep that used the lifting of moments from popular, or clichéd or non-elite culture as suitable material for high art. It linked up with the lineage of pop art. And at the same time that Joanne is sampling known forms, she is also working in the method of surrealism, finding a center for herself that is deeply personal and psychological in the Freudian sense. 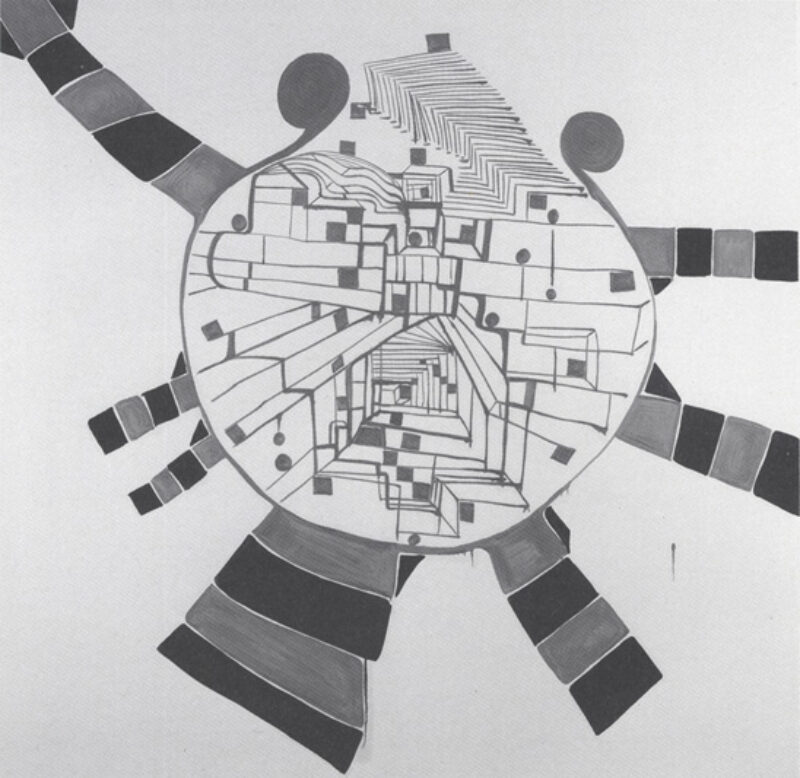 Joanne, as a troubled teen holed up in her room drawing—basically doing what she does now—created an inner universe, finding a center, she says, through a kind of automatic writing. On Saturdays in those early years, Joanne would take the train down from Westchester to the Museum of Modern Art, where she took painting classes, and after the class she wandered the museum absorbing 20th-century art. Matisse was her king. A little later, at Bard College, she studied with Elizabeth Murray, who might have had a hand in helping to liberate her beautiful line. This line, especially in her recent paintings, has taken on a life of its own. Freed from the work of defining edges, it has become a figure in itself, a maze, stepping round and round and back and forth, making a deep and psychedelic space, like M. C. Escher (who everybody loved in 1965) did. These mazes exist simultaneously with floating biomorphs and curving strings of beads, giving one the experience of several kinds of space at the same time.

Anyway, that’s what I love about being an artist; these connections that are so much more important than masterpieces. And we get to have masterpieces, too.