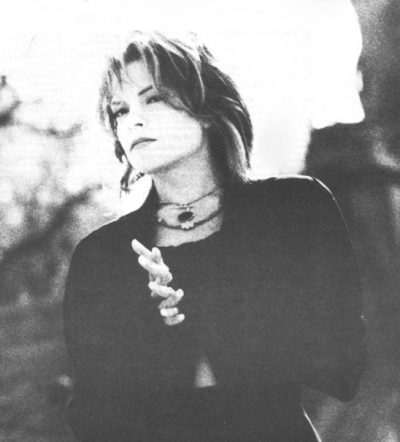 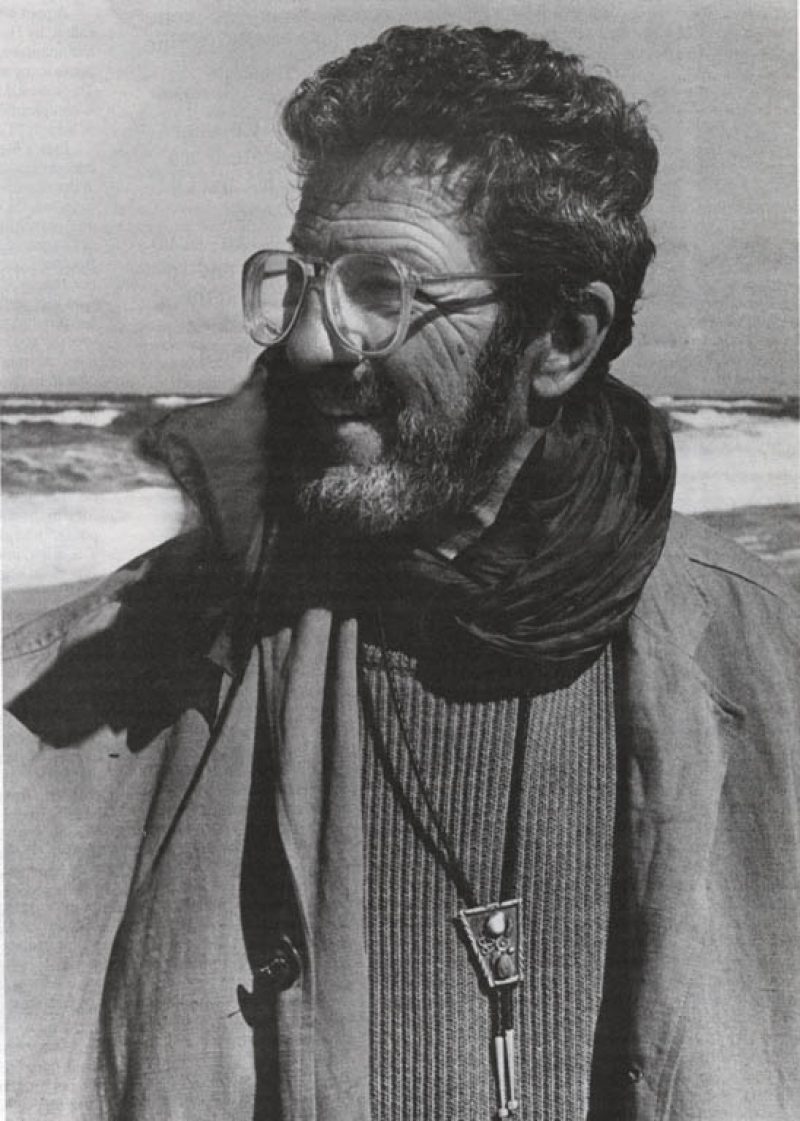 One morning we woke up and the world had gone pluralistic on us. We opened our First, Second, Third, and Fourth World magazines and drank our Caribbean coffee and spoke intimately with our miscegenous mate while we admired our multi-hued children. Our bookshelves were filled with works from Latin-America, Africa, Asia, as well as Europe, the inner city, the Bible Belt, and the Midwest. The earth was refining its heart in a thick green body. On the radio were choices that sounded like dreams, multicultural, multi-tempoed, multi-rhythmic; Babel gone mellifluous in a multi-ethnic tidal wave of sound. On one station there was a somber and dignified chorus that hovered over the earth like a wise cloud dipping and sucking up chaos and spitting it out in spiritual order. It was a three-disc set of specifically choral music from around the world called Voices, compiled by Joachim Berendt, who saw it as an aural demonstration of a new and ancient harmonic order untouched by New Age saccharine viscosity. I spoke to him in a dark hotel on Central Park West.

Joachim Berendt The best thing I did was with Herman Hesse, but also with Heinrich Heimer, Bertolt Brecht, many Germans, and Walt Whitman …

JB Yeah, I did all this in German.

RM How does Whitman read in German?

JB Good. It sounds nice in German. The funny thing is Herman Hesse sounds better in English than in German. It’s not by accident that Herman Hesse became this big star as a first-rate German writer of this century in his English translations, not in his German original.

RM How would you trace the genesis of the project, in terms of your own life? You have a background in jazz combined with the time you spent in Zen meditation; what combined to bring the Voices out?

JB My father was a very famous German preacher, a member of this small anti-Hitler segment. There was a small group inside Germany and he was one of the leaders of services in a concentration camp. I grew up listening to Johann Sebastian Bach, every Sunday we had the cantatas at church. I started playing the organ at four years, I was pumping air, it was not yet electric air, it was pumping. Gradually I was allowed to play for the church. At lunchtime, I would ask my father, “Did you hear who was playing?” When he couldn’t, I was proud because then I knew I hadn’t made any mistakes. And so I grew up with this music and from there, it went through all the different cultures. Black music really took a lot of my life, the true spiritual, the African recordings. And then it went, as you mentioned, to Zen, and up to Bali. Every year I visited a very old friend, a dancer, in Bali and through her I was accepted by Balinese musicians. Which is not likely to happen to Western people, but since they always saw me with her and she was dancing with them, I was able to get to know them. One time I was even invited to play in the Balinese Orchestra, a very simple, wooden percussion instrument with very few keys to beat, but I was so proud. I was more proud than with all my affiliations: Coltrane, Louis Armstrong, Duke Ellington, Charlie Parker, because now I was accepted.

RM Was Bali your earliest remembered interaction with non-Western music?

JB No. It grew out of my relationship with Coltrane. Coltrane talked about two things: about modal music and spiritual music. See Coltrane was talking about Indian music and music of Islam. You can hear it when you listen to his recordings, he didn’t know, but he felt, and I thought, being an intellectual that I should know, so I took classes in Yoruba music from West Africa, Indian music …

JB Yes. He once said I was the first to bring the term “World Music” onto the scene. I made my first World Music production in ‘62, ’63, combining things Japanese: a group of Japanese koto, the Japanese harp. There was no such thing at the time. The first festival was in ’66 at the World Music Exhibition in Osaka and Peking and Munich. The last one was here in New York in ’84. It has always been my aim not just to put together. I am so often upset about these World Music productions, I have a feeling some producers just put some Indian and American and Chinese, Brazilian musicians in the studio and tell them play and, I don’t know, and that’s all. I always felt that I needed to know the musicians and that’s how I came to do it, getting together with them, practically living with them, sharing the joy and sadness and sorrows of life, sometimes having the same woman or girlfriends and really living with them. And that’s why I think, I don’t really know if I was successful but, that’s why I could melt them together. What I always told them was to listen through and find what’s common. You know, music technology tries to find out what separates in musical culture.

RM There seems to be a newly recognized need in the human soul right now for some kind of spirituality. We see it in the World Music phenomenon, in Heavy Metal album covers, in contemporary art, in the reluctant but inevitable acceptance of non-Western art into the museums and galleries, etc. What I was wondering was what made you choose the choral voice as the spiritual vehicle rather than say the flute or drum or solo voice as the immediate instrument for reaching God?

JB The human voice is the most glorious, most emotional, most expressive of all the instruments. The music has so much to do with my life that I always have to mention personal things: for a few years I was with a woman who sang in a very famous choir. And each time she came home there would be this glow on her face. I have seen this same glow on the faces of many choir singers. In really good choir singing what you experience is that you overcome separation. We all are separated—me from you, me from the earth, from most things. And there are just a few experiences we can make to overcome this separation.

RM So you feel that the solo voice is more Shamanistic and hence more about the individual than the chorus.

JB Yes. It’s an experience most people have in love. You can find it in meditation, but not so many people meditate. You also have it in choir singing—this experience that you are one. And you have it in a very beautiful way, because it’s connected with art, with music. This is one reason why I choose the voice of choirs. And the second reason is that choirs are a model of society.

RM By the fourth listening, I realized that I was not in fact listening to an anthology, but to a series of quotes in a demonstration of a much larger point.

JB I didn’t do a compilation. It is, in a way, like a composition in the latent sense of this word. This is why, for instance, I melted it together like a composer would melt together the movements of a suite. The different tracks are related to each other, as in a suite. That’s what I intended, to have this world compilation, a musical flow, like a huge musical stream and river flying through cultures and time.

I liked that each piece was the tip of the iceberg, and had its own subtext in regard to everything else it represented. In a sense, it was like a world summit meeting. What Don Cherry calls “multi-culti.”

JB So many people think there must be a break between my jazz work and what I do now; there is no break, it flows.

RM What was created on the album was a sanctified space. I grew up hearing a cappella on the streets of New York, gangs singing in chorus, and no one ever told them to shut up because they were creating this sacred thing on the street. I noticed that almost all, if not all, the works in the project are aurally beautiful; did you use beauty or order as criteria? There doesn’t seem to be much raw music in the vocals. I mean, the closest that you come to that would be the second gospel which loosens it up a bit.

JB This is not to be considered an ethnic record. I wanted to get across this spiritual feeling which you can listen to with your eyes closed, which can lead you into a silence.

RM Were the interrelationships between the pieces found after you pasted them together or did you plan it beforehand? In other words, was it planned, or a happy accidental result of a careful experiment?

JB I’m emotional. I have no lines, no method, no technique. I listen and listen and listen and I put it together from the way I feel. Religion separates you but spirituality unites you, gives you this feeling of oneness. I don’t care if it is a Christian Kyrie, or a Hindu Shiva Mantra, or a Sufi Allah sung in the Islamic world. It’s one praise, sung out loud to the highest supreme being, or force, or power, or whatever you call it. What religion it might be from is not a consideration.

RM Many New York critics are criticizing people like David Byrne, Paul Simon, and most recently, the Art Ensemble of Chicago, for using African singers, saying that this is more of a colonial appropriation than a natural progression toward a world culture.

JB This is silly. It’s just the opposite of colonization. It’s getting together on an equal basis. Paul Simon did a beautiful thing in getting us to know all of these South African musicians and singers.

RM People forget that Cuban music had to meet jazz in New York for it to become salsa, and when a Third World musician wants to use rock-and-roll or jazz, there’s never a complaint. It’s almost like reverse racism.

JB African music had to meet European music in New Orleans in order to become jazz. That’s what I always say when the critics attack me for doing World Music. Jazz was World Music right from the beginning. It’s a meeting of European and African music on American soil. So there are three continents involved. You can not get more world music-ish than in this meeting.

Randall Morris is a poet and co-owner of the Cavin-Morris Gallery in New York.