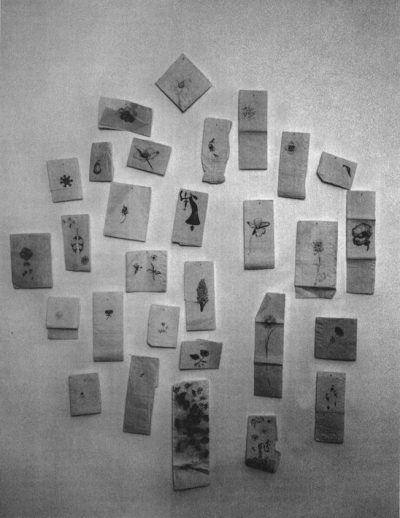 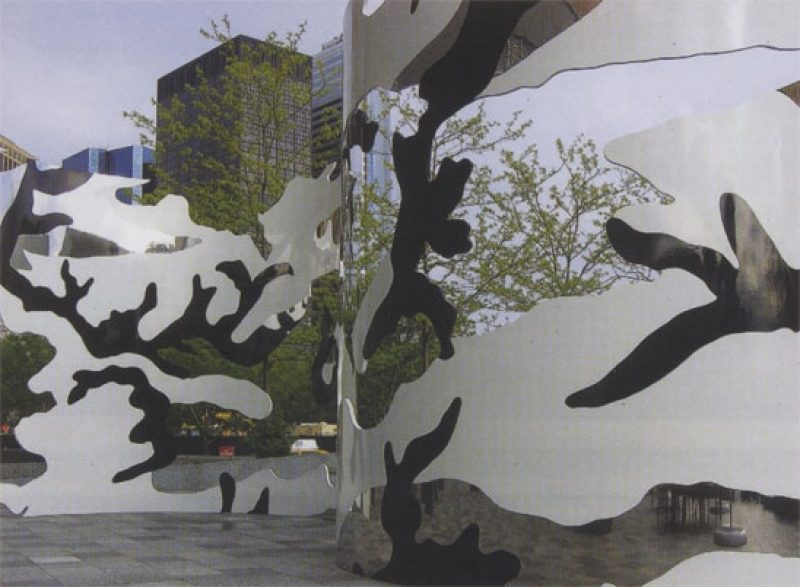 Jim Hodges’s work has always had its playful side. His latest endeavor, an 11-foot-tall, 50-foot-long sculpture made entirely from one-inch-thick stainless steel, is no exception, forming a kind of abstract hall of mirrors on the plaza of the Ritz-Carlton in Battery Park. At the same time, its apparent lightheartedness is tempered by myriad implications, as viewers are forced to confront their reflections within the setting of Lower Manhattan, just a few blocks from Ground Zero.

Though it combines elements and motifs from previous works (mirrors, cutout shapes, camouflage patterns), the nine-ton sculpture marks a dramatic shift from Hodges’s delicate silk flower curtains and precisely cut photographs from which intricate shapes gracefully drape down like origami leaves. Intrinsic to nearly all of Hodges’s work, however, is the notion of taking viewers on a sensorial journey, which works well here, especially in the generic environment of neatly coiffed flowerbeds, gray pavement, and blocky granite benches.

Along with black and white painted areas, the traditional four-tone camouflage pattern that covers the S-shaped form includes cutout sections and mirror-polished shapes that account for most of the vitality of the piece, as they reveal or reflect confusing fragments of the immediate surroundings. One’s own reflection inevitably becomes part of the equation, forcing a physical engagement with the piece that at times feels unwelcome, like forced participation in a performance. This aspect of the work suggests an egalitarian aesthetic that borders on social commentary; as a viewer, it is literally impossible to be uninvolved.

Hodges’s contribution unquestionably adds to the dialogue concerning what public sculpture can or should be, whether he is demonstrating the degree to which such a work can prompt human interaction with a work of art or encouraging a more specific kind of poetic exchange. As Tilted Arc did in its time, Look and See pushes viewers to become active participants in the process of ascribing meaning to experience.

—Look and See, the fifth in a series of public projects commissioned by Creative Time’s “Art on the Plaza” series, launched in 2002, will be on view in Battery Park through October 30. 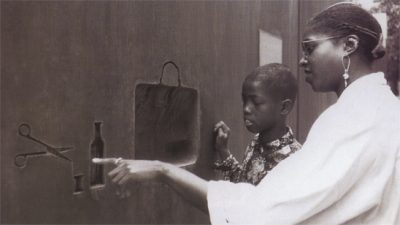 Sheila Levrant de Bretteville may not be a familiar name. Like the people in her work she is, outside of her own community, an “unsung hero.” 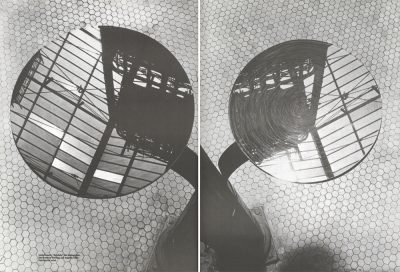 Installation at the Bradbury Building in Los Angeles, Cymbals by Linda Rousch.