Jenny Borland Your films and videos often encounter absurdity in everyday situations, with a documentary quality but also hinting at oblique narratives. I’m curious if you shoot with a specific intention in mind, or does your work emerge from collected documentation over time?

Jessie Stead The word encounter itself has a pervy echo, which is entirely thanks to the casual encounters area of Craigslist. I’m a cheap date myself when I need to make recordings. Maybe publicly declaring yourself a cheap date seems absurd, being a vaguely defined and perhaps self-deprecating pigeonhole, but I’m attracted to the metaphor nonetheless. I can imagine a logic in the absurdity, and yes I do come here often. But this more accurately describes blind dates than cheap dates, and what defines their respective charms is also a consequence of the imagination. Cheap dates are presumably predictable, blind dates are presumably unpredictable. So I must be blind dating myself, and everything else, and its very romantic. A blind date could have intentions, like for pleasantness, but it shouldn’t. I prefer connections to intentions; but good connections require devoted bandwidths.

JB Can you describe the genesis of the Today! films? How many episodes have you made so far and where are they going?

JS The current episode is text-based. Today! does not rely on editable images. I have a rubber stamp outfitted with the film’s title, which is cheaper than film and even video. The ink used is a mild poison, which gives the gesture just the right edge. Now I can issue the title anywhere and stamp a lot of mobile surfaces like foreheads and marshmallows. The repeated act of stamping this enigmatically banal word on stuff is like SUBTITLING, but for unrecorded life, which was once arguably the opposite of movies. So an exact number of Today! episodes is hard to calculate, Today! enabling a liberal idea of what defines the edges of episodes on and off screen. 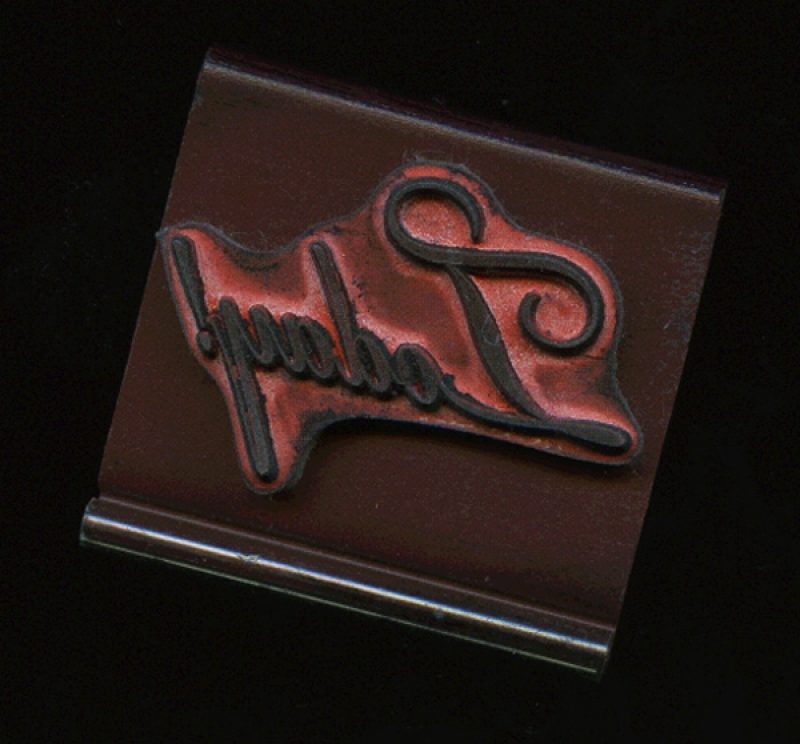 As for the mild poison, does it make the message more effective? Is it a message at all? These questions hang in the balance of the second-to-last Today! episode, but where is it? The first episode of Today! was literally a couple of people walking around an unspecified wilderness with a broken camera, but below the image something more photosensitive was happening, a seed planted under the treadmill. Hanging in the balance is the perpetual daydream of Today!, in a lossless state of production, cameras rolling but the film ran out a long time ago.

JB I’m interested in the presence of chapters in your work. I think this is often a difficult technique for filmmakers, but yours are effective—the allowance for pauses has a significant effect. Can you talk about your interest in serial progression and this “breakdown” of the narrative format?

JS Chapters are a byproduct of inter-titles. Movie titles themselves loiter in the imagination, blind dates with extension cords. The titles alone are movies, just an unviewed variety, and they outnumber verified experiences for most of us. I guess this can be extended to books, songs, URLs, politicians, the supernatural, etc. Inter-titles are a microcosmic version of titles, and they leave behind subdivisions or the illusion of subdivisions. Subdivisions are ubiquitous in culture high and low: chapters, episodes, movements, etc. So it’s really second nature to structure in this manner.

My favorite subdivision is the interlude, which traditionally is supposed to be a “break” from, but not a “breakdown,” within a larger structure. But what if everything or nothing is an interlude? I think Foggy Mountains Breakdown More Than Non-Foggy Mountains attempts this. The interludes are initially standard issue, but later a microcosmic subjectivity confuses standards as such, left behind is the absence of a former boundary. 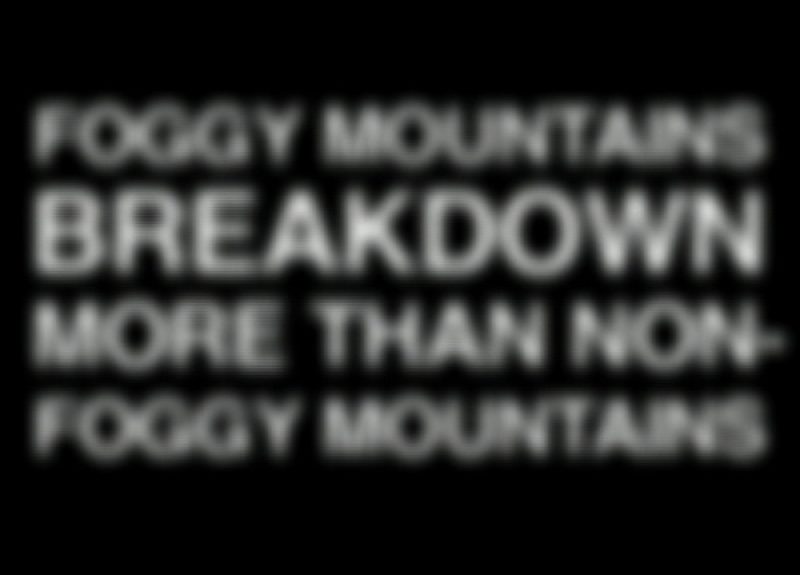 JB This notion of repetition and series is in many ways related to the concept of ritual, which I think is beautifully and simply captured in Huge Flag. Is this a project you plan to continue yearly?

JS Huge Flag began accidentally in 2007 as a casual encounter with an unusually large, seductive, and indifferent American fabric; a literal “huge flag” from which the larger-scale project takes its title. Now it’s like a 17-year locust, except think 10 years and not really a locust. 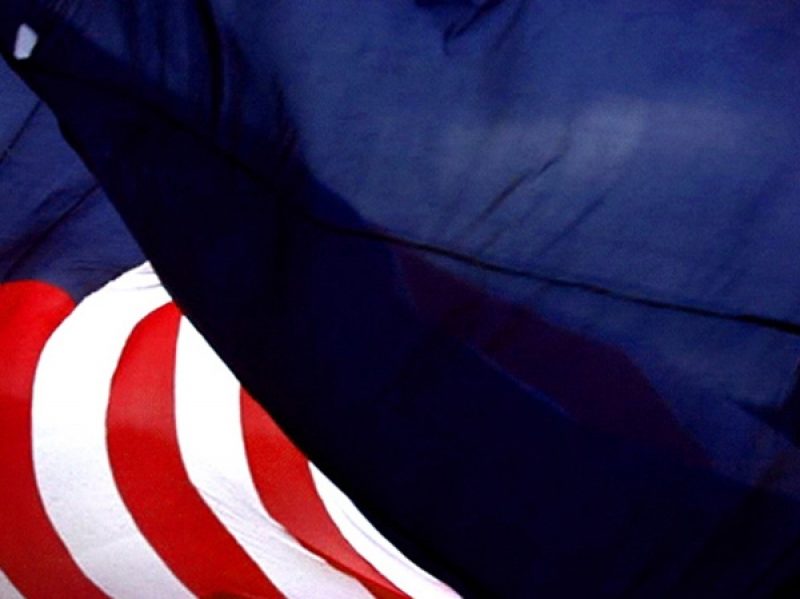 The word “ritual” itself evokes a kind of reverence that contradicts how it feels to make such things. The repetitive gestures informing my work are intuitive and pretty random. There’s no consciousness of ritualistic glorification or of anything really except gesture and repetition themselves, at best evocative bad habits. Huge Flag ’s determined production strategy seems ritualistic because it documents annual July 4th celebrations, but maybe it’s just national bad habits curiously and patiently documented by personal bad habits. It becomes a question of euphemistic labeling. The word ritual seems self-congratulatory so I don’t use it myself, but I’m not about to stop others from glamorizing my efforts. The scheduled release year for the full-length director’s cut, which will also mark the death of the Huge Flag locust, is 2018.

JB Extending beyond film into an interdisciplinary space, how are your 2D works informed by your film practice—for instance, how do your bumper stickers play a role in Today!? Or are they completely separate entities for you?

JS I used to unconsciously make a lot of zines in grade school, primitive one-off books with words and drawings, some of them even had soundtracks only I could hear. That’s the interdisciplinary root of anything I probably do now, with or without camera technology. I’ve only been working with motion-picture equipment not quite 10 years, which is way less time than I’ve worked with words. 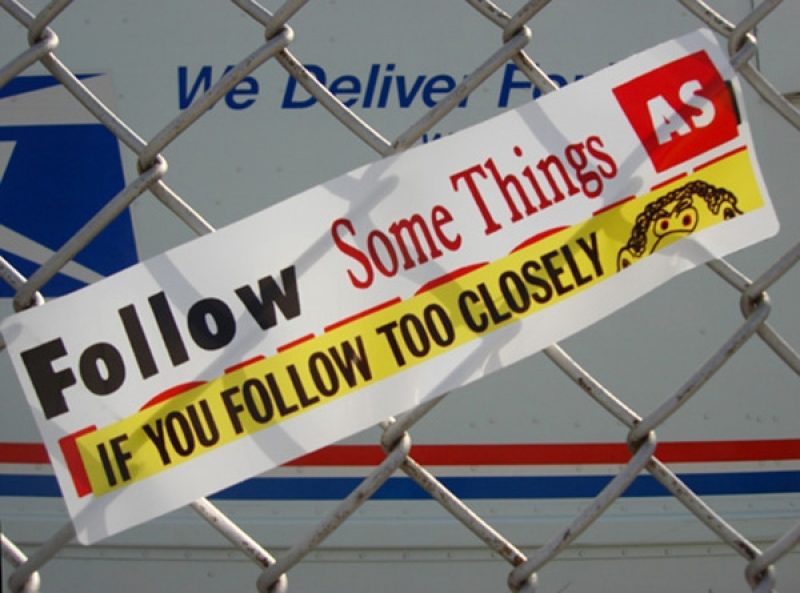 The bumper stickers, Stick-On Subtitles, are improper “anagrams” of found adhesive slogans. They are literally cut-and-pasted into fresh new mottos and reproduced again. The vehicularity recalled in these familiar rectangles informs the proverbial hitchhiker, lending them to a mobile cinema. Today! adapts them as a makeshift screenplay. They are stuck all over the damn movie. It’s an obvious device, but some viewers of Today!episodes have asked “what sticker?” after seeing it. That’s like reading Alice in Wonderland and asking “what rabbit-hole?” But Today! seems to be more like a K-hole for some, and nothing at all for others.

JB One of my favorite works is Poor Man’s Puce Moment, which deals with music’s relationship to film. Jonathan Halper’s tripped-out song makes a glorified music video of Kenneth Anger’s Puce Moment, and you often use soundtracks to alter a film’s tone. What is your relationship to this Anger film and/or the song?

JS Both Poor Man’s Puce Moment by me and the original Puce Moment by Anger deal with different colored dresses as moving image subject. The Halper song additionally contains lyrics that evoke the classic human desire to transcend one’s body, even if that body is wearing a killer dress. Anger’s films pioneered the use of pop songs in cinema among other things, but Poor Man’s does not add to existing discourse on this or anything else. It was kind of an inside joke between me and the firecracker box girl, who is the star of my video, and she was born sans soundtrack. Anger’s Puce Moment entered my consciousness somehow and I copied the Halper song to my video. Firecracker box girl whispered in my ear “Poor Man’s Puce Moment” and we laughed. The rest is minor Youtube history.

The two perhaps superficially related motion pictures and the shared song now compose an additional kind of moment; an anachronistic love triangle in the larger media stew. Puce Moment has been called a homage to the glamour of old Hollywoods. Poor Man’s Puce Moment can perhaps be called a pointedly inadequate homage to the homage; a charmingly degenerate one-liner with a big, lo-fi smile on her face for reasons not yet in focus. In other words, a cheap date, intoxicated politely.

JB You frequently work with celluloid and with digital video—in your experience what are the respective advantages and disadvantages, beyond the obvious differences in the material of the mediums?

JS Being a cheap date I’ll spend quality time with any available format, and in groups, and in spite of themselves and myself and the world obsessed with updating them. Their coexistence is really a capitalist luxury, and the overlapping technologies represent different eras and economies and this can be conceptually considered or totally ignored. I usually mix formats together because I usually mix everything together.

JB What’s next for Jessie Stead?