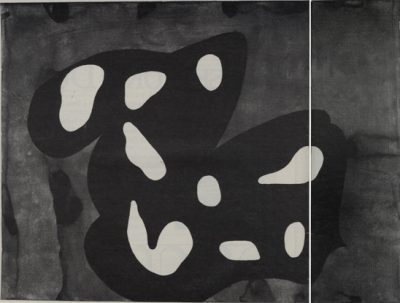 Jesús Soto was born in 1923 in Ciudad Bolívar, Venezuela and studied in Caracas from 1942–1947, where he became familiar with the ideas and work of Victor Vasarely. From 1947 to 1950 he was the director of the School of Fine Arts in Maracaibo. In 1950 he moved to Paris, which for South American artists of Soto’s generation was still their entry point into the international art world. In the United States he came to prominence through his association with what came to be called Op Art. This was a short-lived technologically oriented approach to the purely optical. After the Museum of Modern Art in New York surveyed this genre in the early ’60s, interest in Op quickly dissipated and pop and minimal art came onto center stage. The disregard for Op Art persisted until artists in the ’80s, such as Philip Taaffe and Ross Bleckner, took a new look at it. Their appropriation used Op Art not as a commentary on taste but as an acknowledgment that the modernist’s utopian belief in the role of art and the artist in creating a brave new world had come to an end.

Soto’s brand of Op Art arose from a desire among artists of the postwar generation to produce a new art that would be both modern and social. Seeking to produce a democratic and rational art rooted in science and technology, Soto rejected the tradition of expressing subjective reality. Instead he adopted an industrial aesthetic that would allow him to emphasize how we experience concept and material order. For Latin and South American artists, the appeal of this reflected the influence of the tradition of the constructivists, which, in the form of art concrete, played a significant role in the formation of their thinking about abstract art. Consequently, the artist was to become the producer of prototypes that could be enlarged or mass-produced. Adapting to this vision, Soto has produced works that are a hybrid of painting and sculpture—industrial in form and finish. With his vocabulary of geometric shapes, a nonmechanical kinetic effect, and a palette limited to black, white, and the primary colors, Soto combines a utopian belief in the power of art and the quest for pure visuality.

Carlos Cruz-Diez in Conversation with Ariel Jiménez by Lyle Rexer 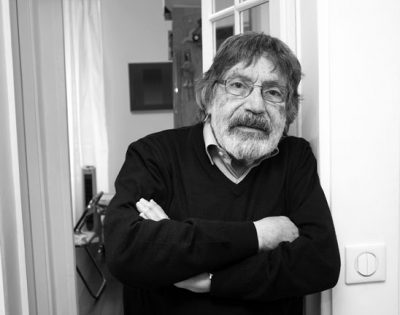 Brazil was a giant torpedo, green,
and several World War II soldiers at its feet.