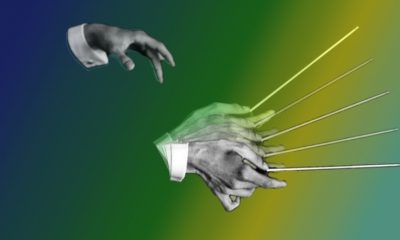 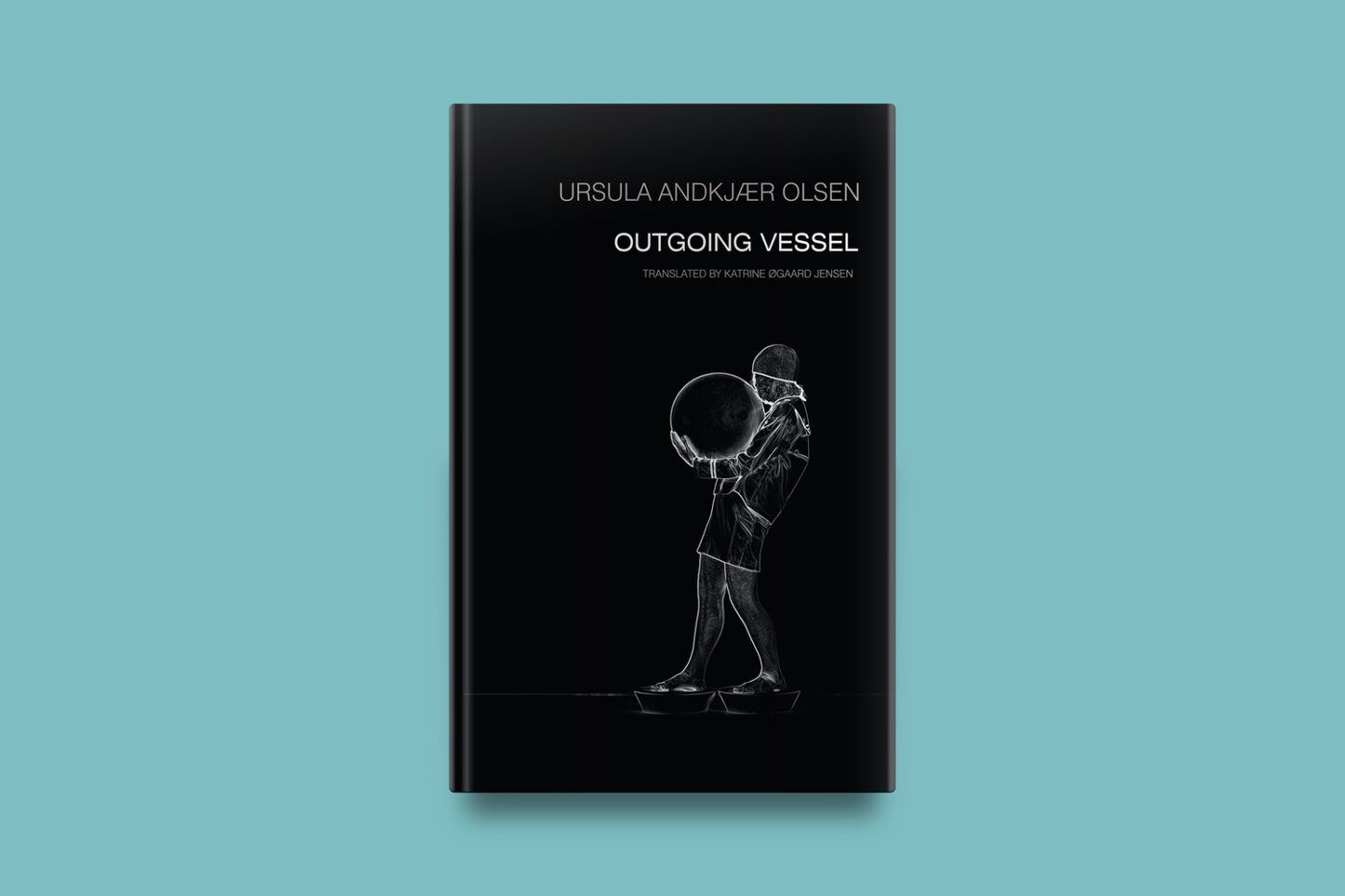 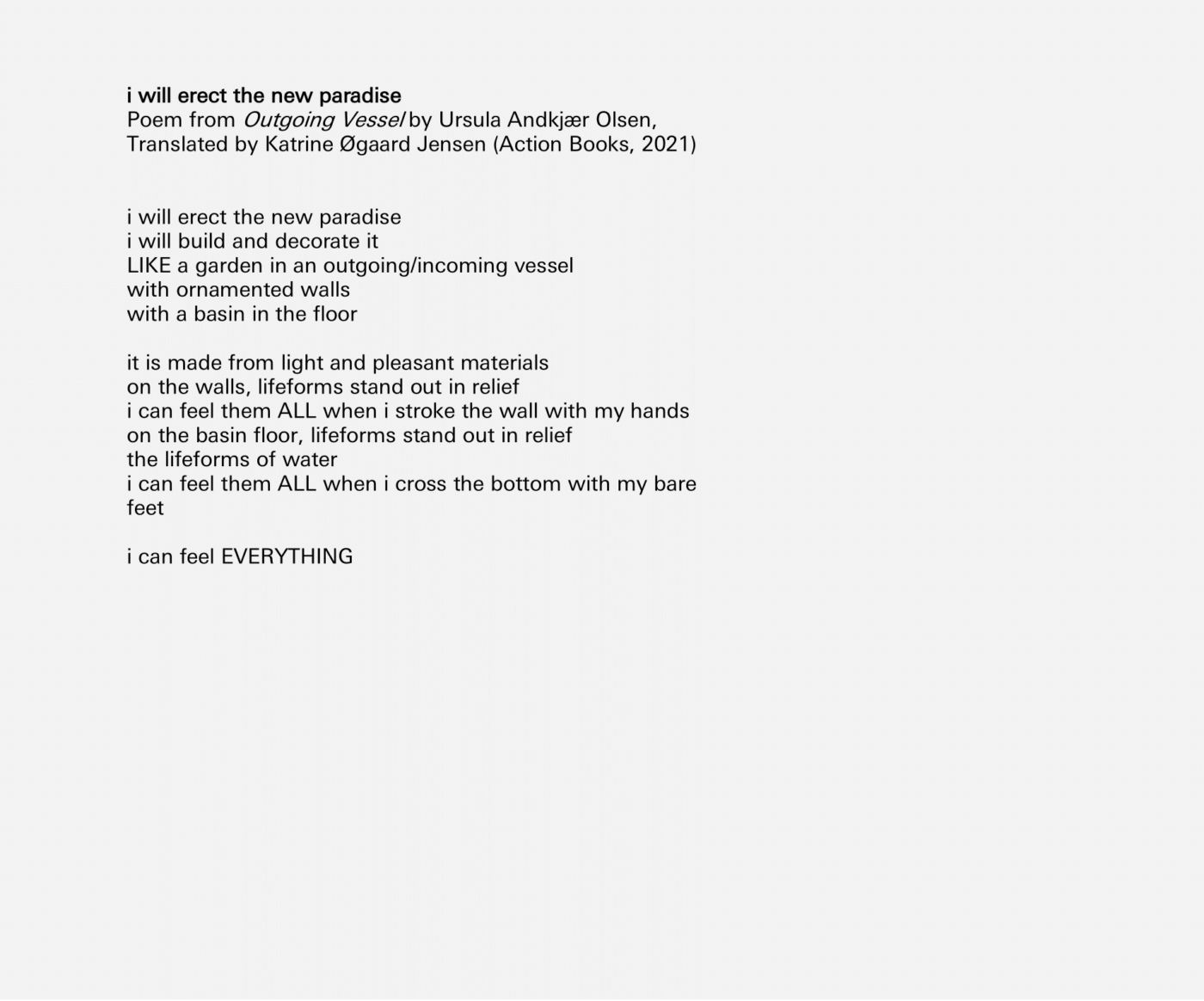 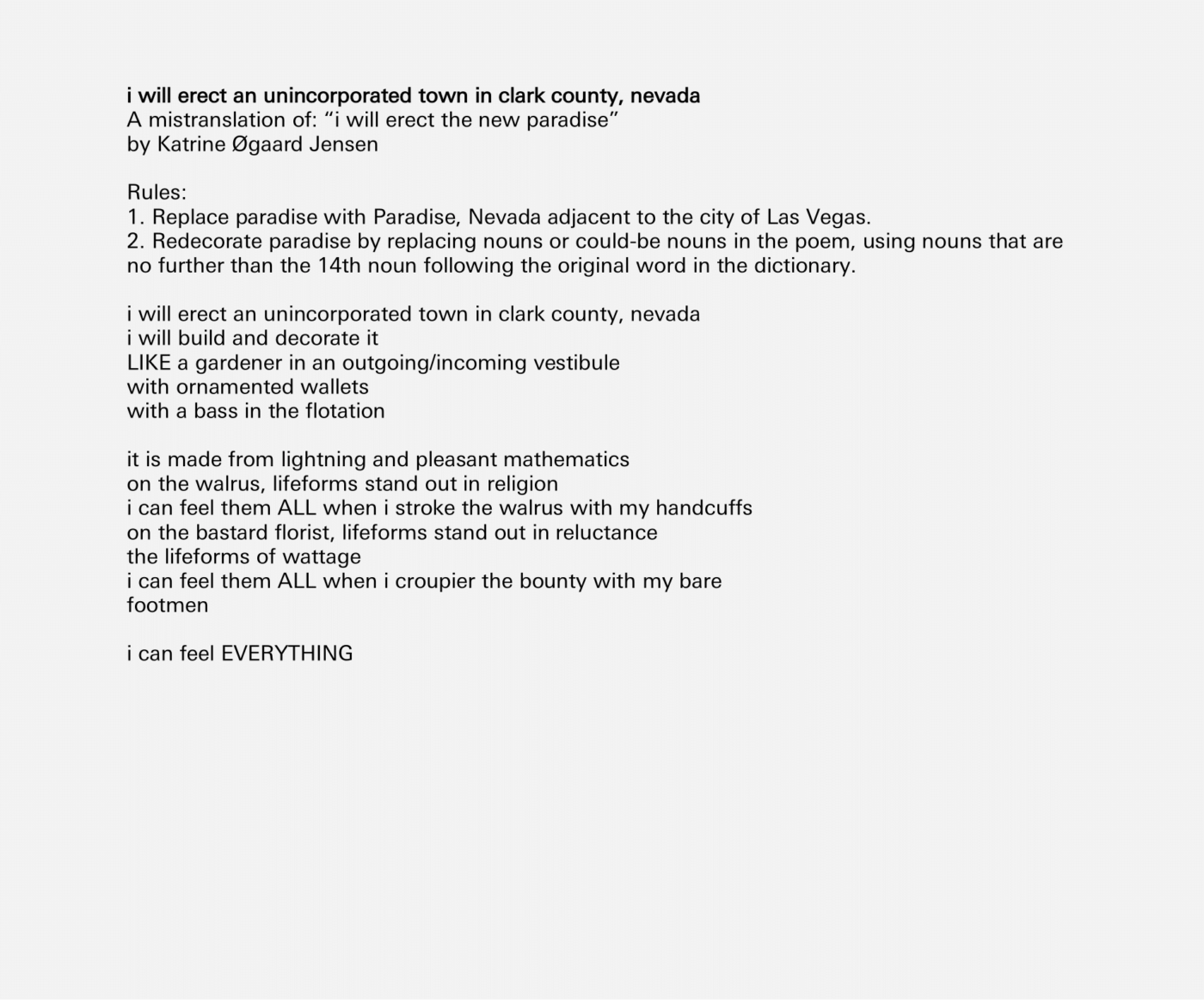 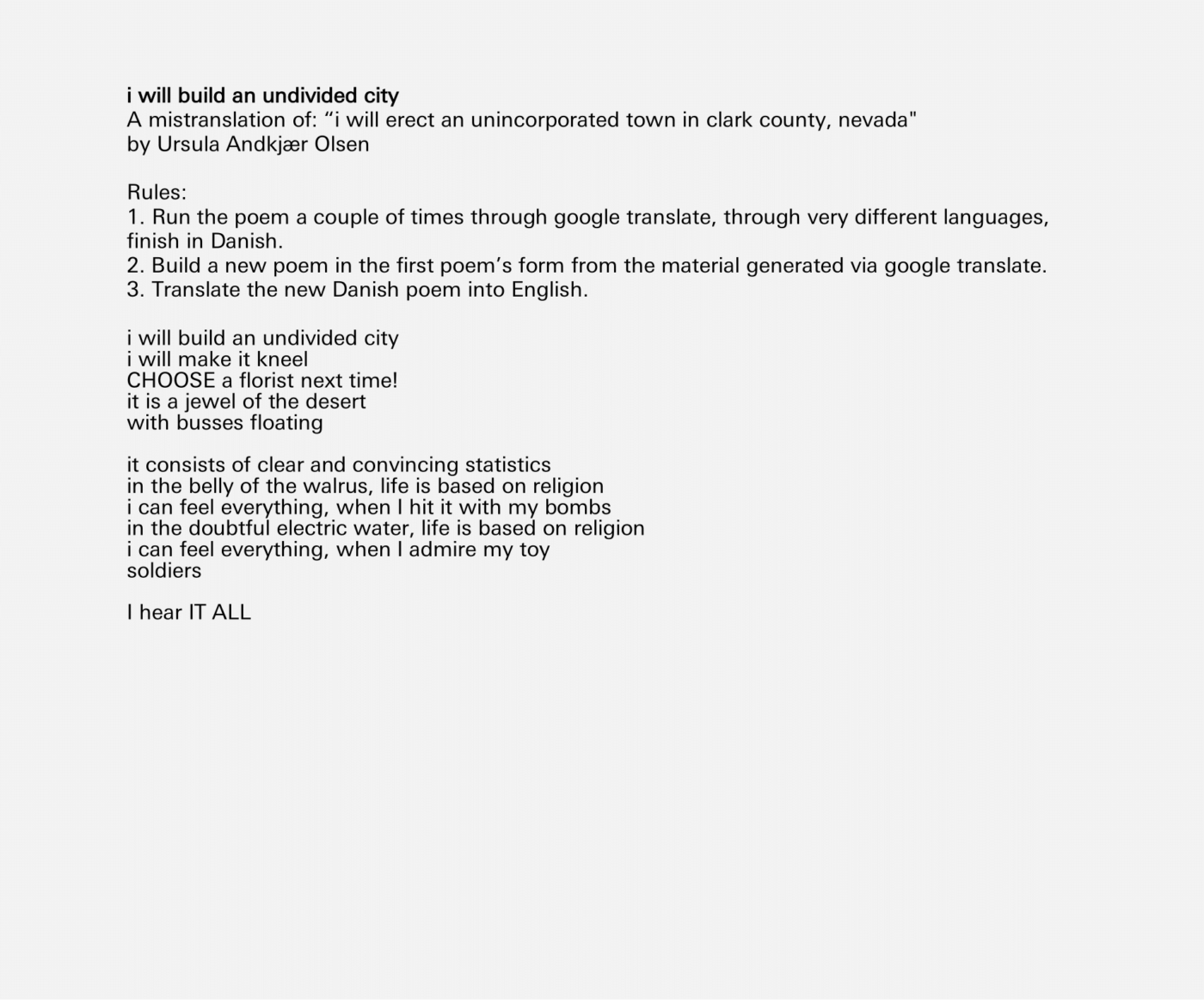 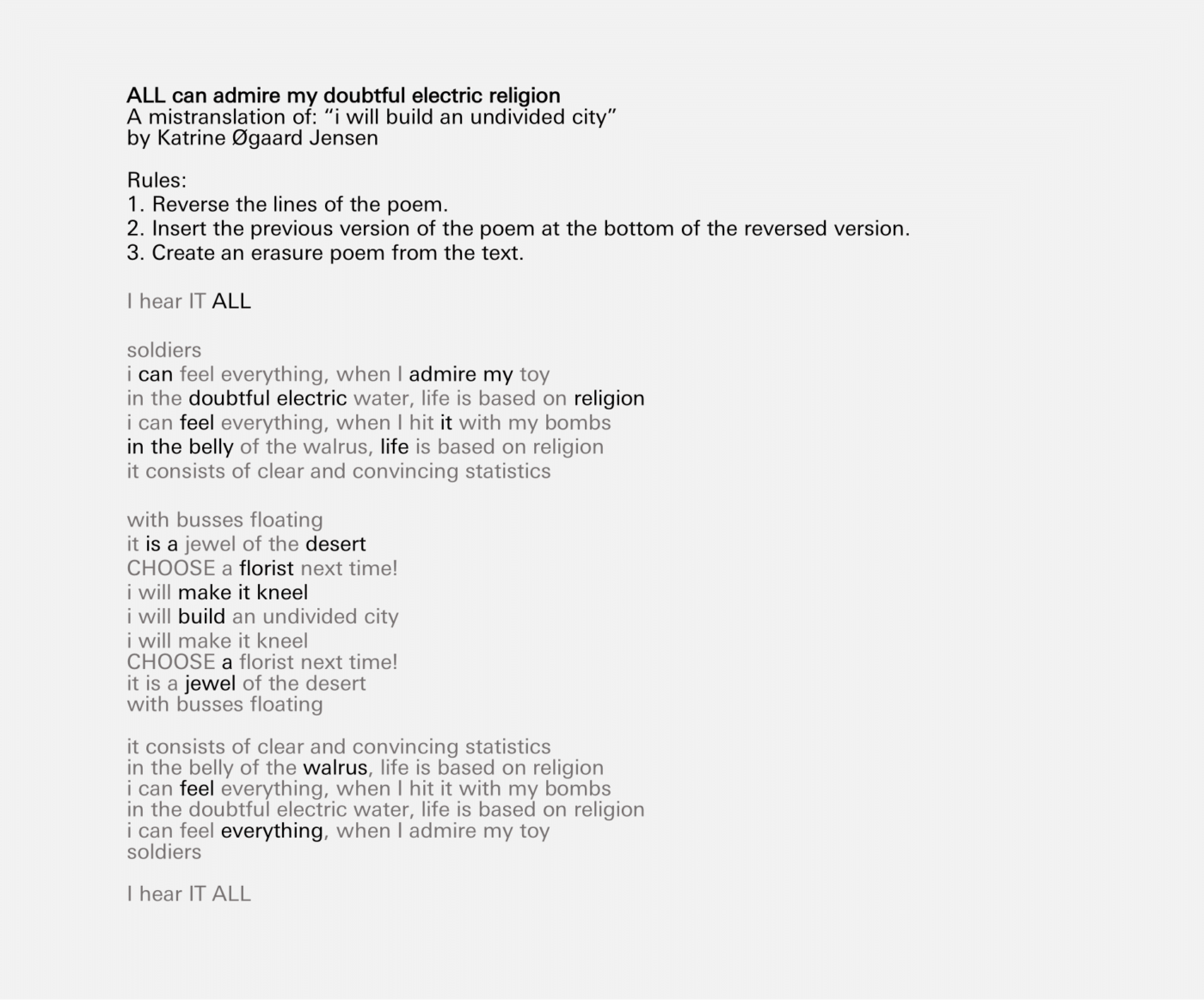 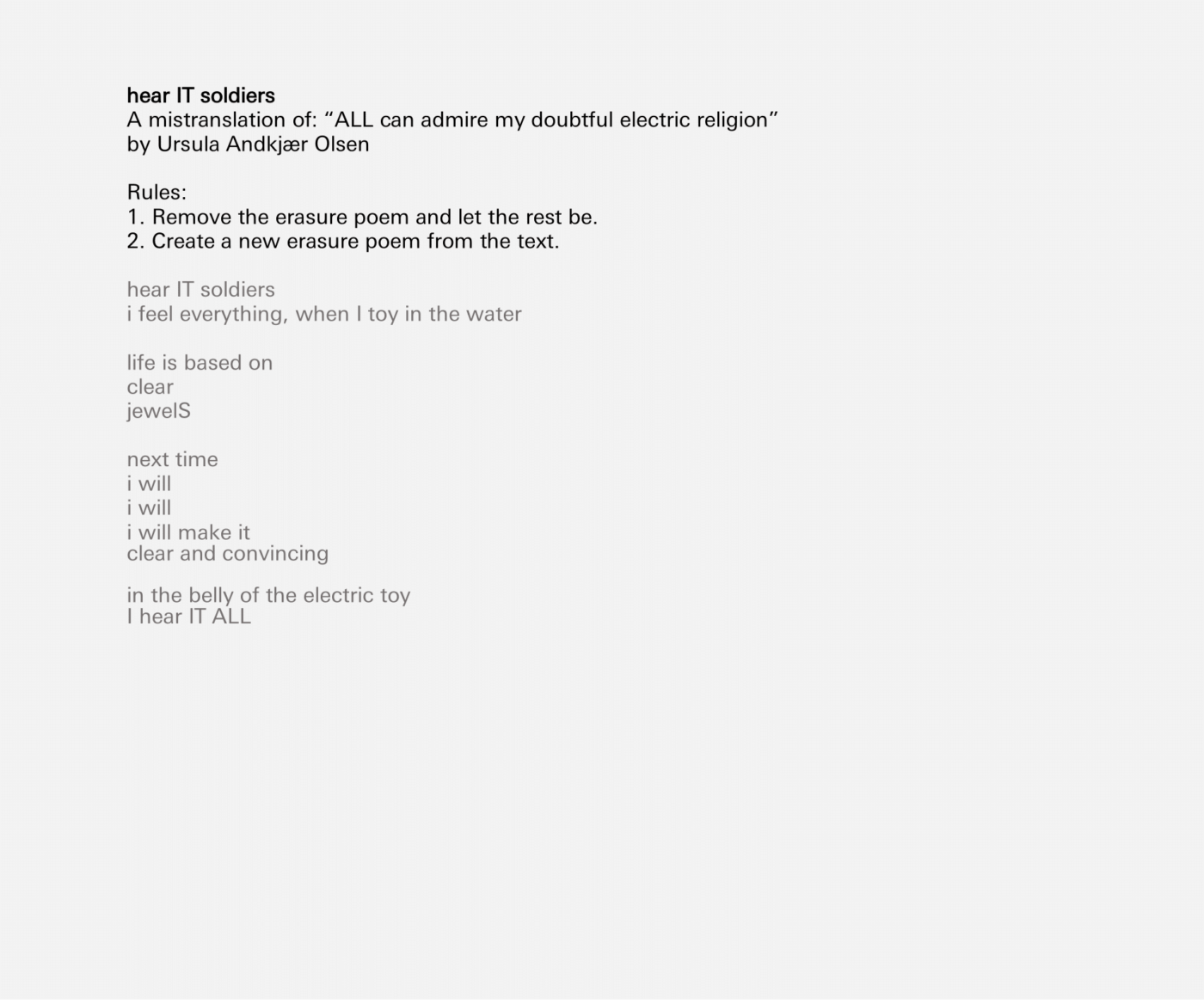 Ursula Andkjær Olsen (b. 1970) made her literary debut in 2000 and has since published nine collections of poetry and one novel, in addition to several dramatic texts and libretti for operas such as Danish composer Pelle Gudmundsen-Holmgreen’s Sol går op, sol går ned, and composer Peter Bruun’s Miki Alone, which was awarded the Nordic Council Music Prize in 2008. Olsen has received numerous awards for her work, including the Danish Arts Foundation’s Award of Distinction in 2017, the 2012 Montanaprisen award for Det 3. årtusindes hjerte (Third-Millennium Heart, Broken Dimanche Press/Action Books 2017), and the 2015 Danish Critics Prize for Literature for Udgående fartøj (Outgoing Vessel, Action Books 2021). Since 2019, Olsen has served as head of The Danish Academy of Creative Writing. Her latest poetry collection, Mit Smykkeskrin (My Jewel Box), was published by Gyldendal in January 2020.

Katrine Øgaard Jensen (b. 1988) is a writer and translator from the Danish. She is a recipient of several fellowships and awards, including the 2018 National Translation Award in Poetry for her translation of Ursula Andkjær Olsen’s book-length poem, Third-Millennium Heart (Broken Dimanche Press/Action Books 2017). She teaches creative writing and literary translation at Columbia University, where she served as Acting Director of LTAC (Literary Translation at Columbia) from 2019-2020. Her translation of Ursula Andkjær Olsen’s Outgoing Vessel is out now from Action Books.