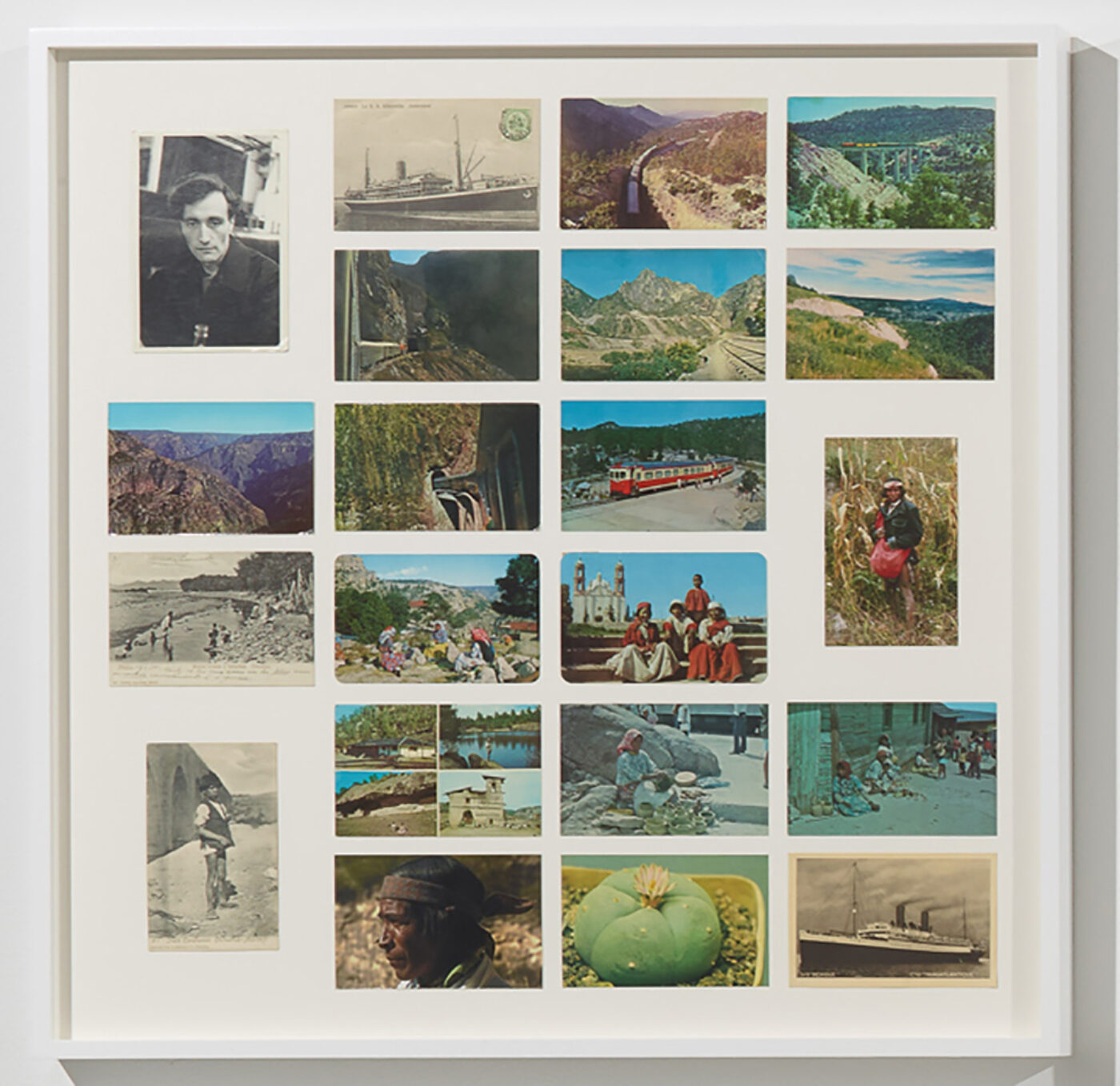 Venezuelan-born artist Javier Téllez’s first exhibition at Koenig & Clinton took its title from his recent film To Have Done with the Judgment of God (2016) and concerns an experience that marked Antonin Artaud’s life in 1936: the author’s encounter with the Rarámuri community living in the Sierra Tarahumara in northwest Mexico. For Artaud, the Rarámuri were a primordial race because of their enlightened relationship with nature.

Almost eighty years after Artaud’s visit to the region, Téllez recreated the French author’s pilgrimage. His thirty-seven-minute film opens with a Rarámuri man, dressed in traditional garb, arriving at a local radio station to broadcast a Rarámuri translation of Artaud’s Theater of Cruelty radio play To Have Done with the Judgment of God. Originally, the controversial play was to air in France in 1948, but Radiodiffusion Française deemed it too obscene, scatological, and blasphemous for public broadcasting.

Téllez’s film traces the transmission and reception of the radio play by the Rarámuri people, who are also known as Tarahumaras, by showing them as they listen to the broadcast and go about their daily lives. Also documented are some of their rites blending magic and ritual sacrifices with Catholic traditions and imagery—the most characteristic being the ceremonial use of the psychedelic peyote cactus (this interested Artaud very much given his taste for hallucinogens). However, ultimately, Téllez’s visually restrained film is a sociological examination of the Tarahumaras’ present condition. Their lives are defined by marginalization and cultural syncretism, of which their traditional costumes worn with sneakers and hoodies is a salient example.

Just as Artaud employed a mestizo interpreter during his visit to the Rarámuri in order to immerse himself in their community, Téllez also hired one. However, Téllez did so in order to perform a reverse gesture: to present a translation of Artaud’s radio play in the Rarámuri language to the community. Intent on fixing the imbalance of power inherent in this work by Artaud, Téllez produced a film meant as a gift to the community, but one wonders about the degree to which he’s in a position of privilege—he’s still the white man behind the camera, as well as an international artist gathering material. As Marcel Mauss famously postulated, there is no such thing as a free gift; all gifts are based on ideas of calculated return.

Téllez’s project seems more interested in the convoluted personal history of Artaud than in the plight of the Tarahumaras. It is sometimes hard to distinguish spontaneous, unscripted scenes from those specifically performed for the camera. One clearly enacted scene shows three Tarahumara children holding a radio emitting a section of the broadcast that contains pure sounds and screams from the Tutuguri ritual (the Rite of the Black Sun), while walking on a rocky, primitive landscape. Some of these same sounds are recycled for the piece Artaud Remix (2013), for which Téllez reconfigured glossolalic passages from Artaud’s writings: “Cobbra cobra ja ja futsa mata DU serpent n’y en A NA ko embach tu ur ja / bella ur ja bella kou embach kaperter sor ko be tir erina ko er belina ka.”

Additionally displayed in the show are all of Artaud’s writings on the Tarahumaras, including two published under the pseudonyms *** and John Forrester, as well as first editions of diverse books and archival material which Téllez has been collecting for years. These are the few existing publications on the Tarahumaras and their use of peyote and were most likely read by Artaud prior to traveling to Mexico.

Téllez retraces the last twelve years of Artaud’s life in A.A. Postcards (2016), a collection of vintage postcards, displayed chronologically and grouped in a series of single frames. Besides his portrait, pictures of the Tarahumara people, landscapes, and the peyote cactus, there are also images of a number of mental asylums where Artaud was committed during the last ten years of his life, as well as the cemetery in Marseille where he is buried. One of the most poignant postcards shows the Rodez asylum, where Artaud suffered fifty comas resulting from electroshock therapy. It was here that he wrote most of D’un voyage au pays des Tarahumaras (1945).

Much of the work of Téllez, the son of psychiatrists, concerns mental illness. If To Have Done with the Judgment of God is a reflection on the sometimes flimsy distinction between sanity and insanity, a fundamental question remains: How did the Tarahumara people respond to their reflection through Artaud and Téllez’s double lens?

Silvia Benedetti lives and works in New York City. In 2010, she cofounded the Venezuelan chapter of Docomomo International, a nonprofit whose full name is the International Committee for Documentation and Conservation of Buildings, Sites, and Neighborhoods of the Modern Movement. 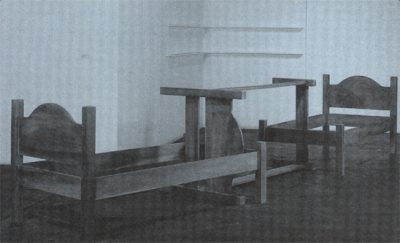