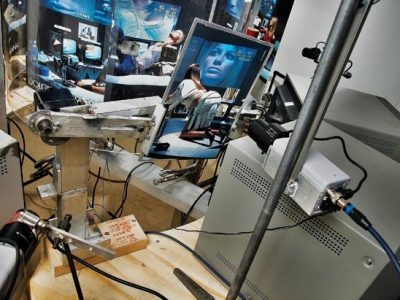 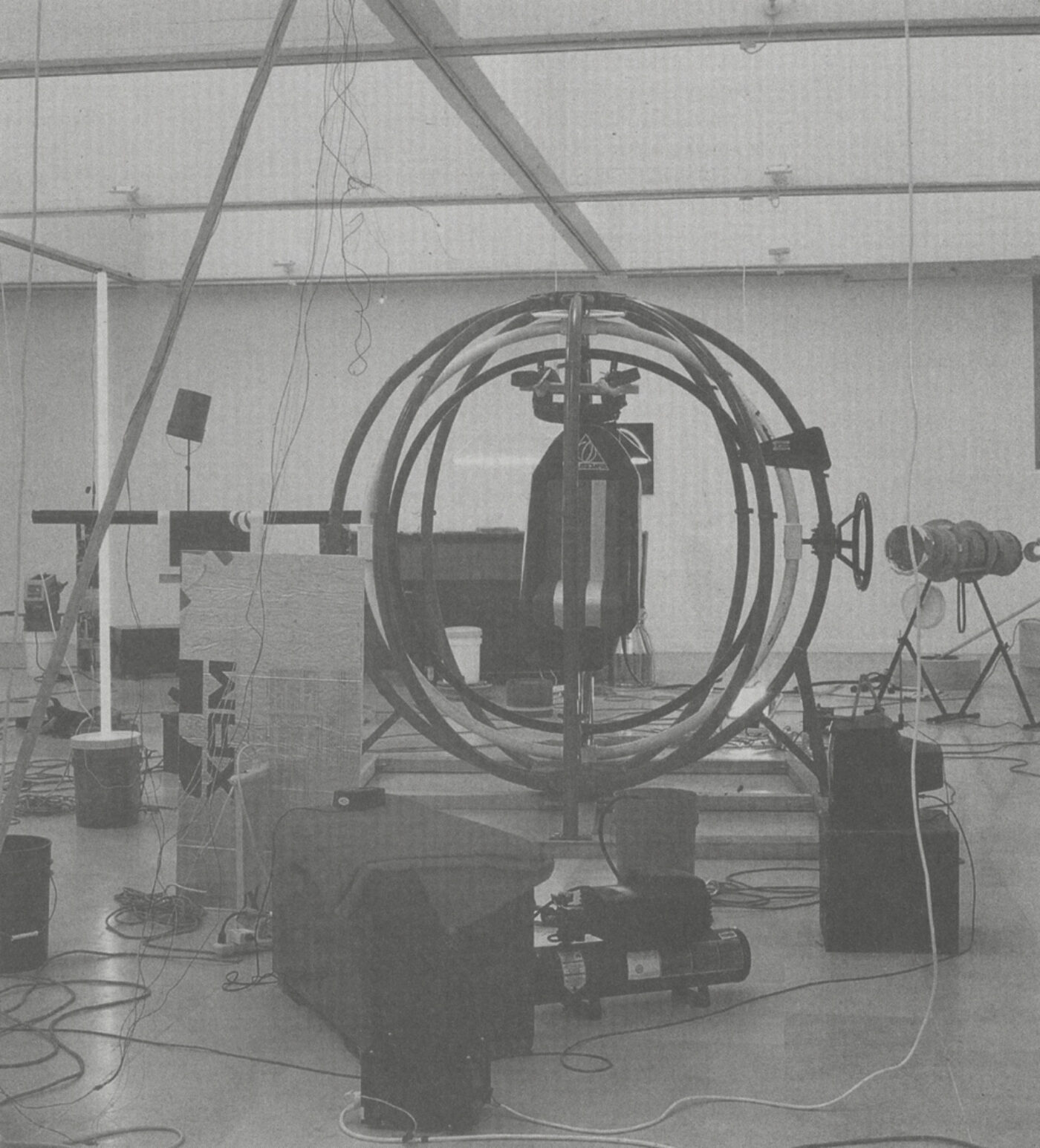 Jason Rhoades’s installations can be likened to a yard sale organized according to the principles of free association and stream of consciousness. Shifting from pop to high culture references and back again, Rhoades exploits the conceptual and sculptural possibilities that arise from the accumulated detritus and debris of everyday life: What at first seem to be arbitrary arrangements of new and used hardware, machinery, TV monitors, handmade objects, and constructions coalesce into a non-hierarchical field of visual signs and texts. It is from these assorted elements that Rhoades at varying times produced meditations on the universe (Deviations in Space, Various Virgins), the machismo associated with sculpture, (Cherry Makita-Honest Engine Works) as well as van Eyck’s Ghent Altarpiece (Piece in Ghent). 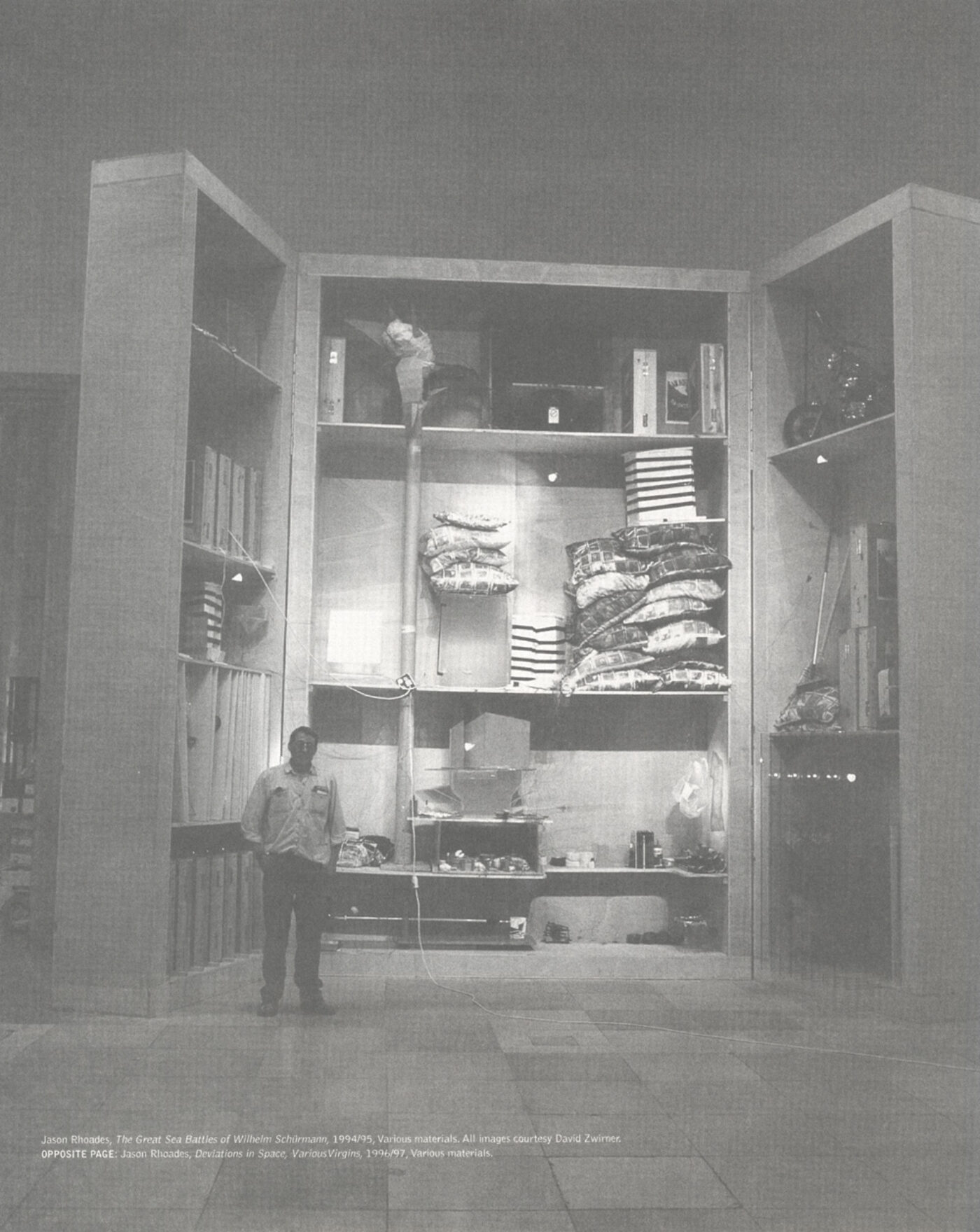 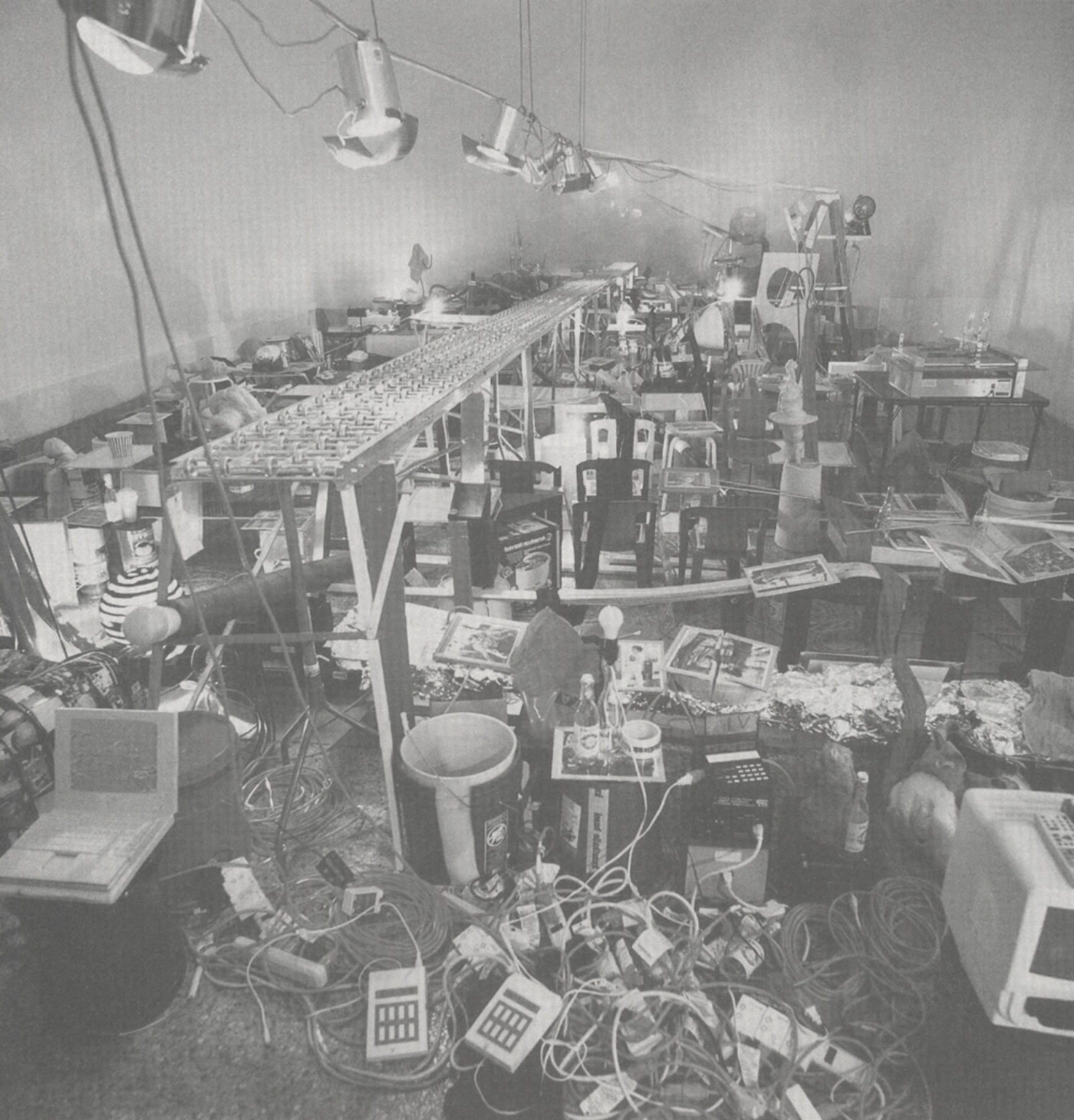 Jason Rhoades, Uno Momento/ the theatre in my dick/ a look to the physical/ ephemeral, 1996, various materials. 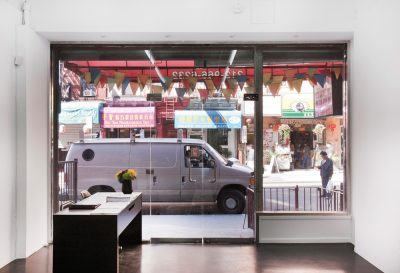 “The absurdity of this material’s resistance made me want to work with the plastic, the peels. The plastic is part of us, part of me and my contribution, too, even if not directly. Plastic is estranged from me, but it is me.” 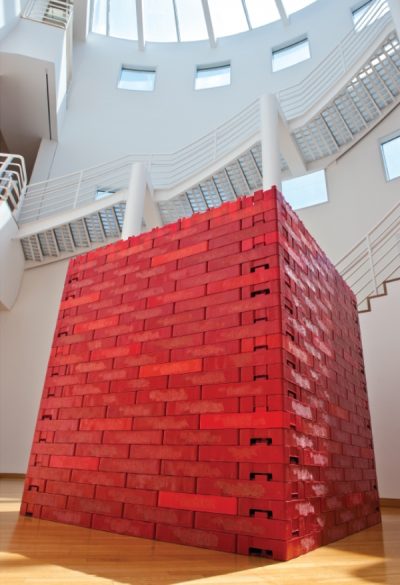 Ostrow visits Feher at his Bronx studio, where he muses about his past, contemplates his future, and pinpoints the exact moment when he discovered to be an artist meant to believe “I was right, even when I was wrong.”