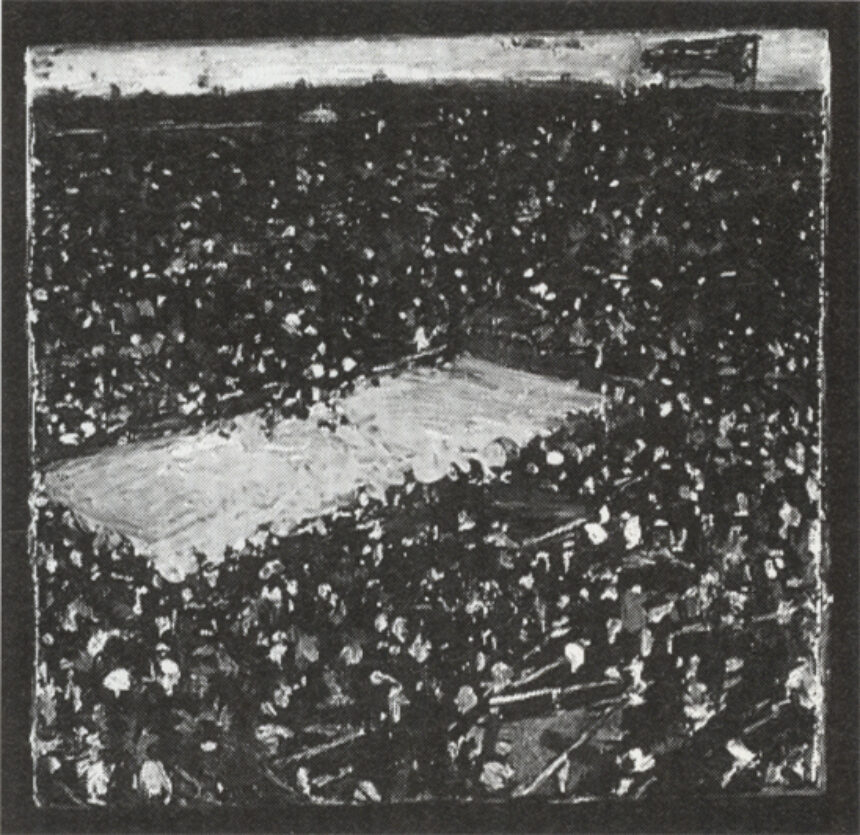 James Sheehan’s first solo show is of large-doings scaled down to our size—then smaller. In his painting Heroin Hungry, Yassir Arafat, Itzak Rabin, and Bill Clinton (seen from behind) walk out onto an open field, a clearing in a crowd, towards a stark podium—one of those highly orchestrated events with hidden security, large crowds, grandiose symbolic meaning, and global media coverage—only the painting is two inches square. Tension comes from these paintings’ concentrated scale, and also from the depicted space itself, space about to be occupied. In The Entrance, a healing staged on a basketball court, the whole ceremony awaits a man on crutches, slowly making his way past various obstacles—a folded backboard and a crowd—toward a crescent of people at “center stage.” These paintings often reconfigure public events (often public fictions or lies) in terms of their visual organization (which, scaled down, seen from odd and unintended angles, are revealed as well-organized fakes). Few painters who take up space have done so much with crowds: in Rush the Court—a game of tennis without net or players—the spectators are about to spill out onto the court and become the event. These paintings are small, but never precious (the one large painting in the show makes an epic of dolphin-watching at Seaworld). Sheehan’s two-inch reductio ad absurdum of the Sistine Chapel called Sofar Channel works on the Chapel’s super-iconic status without mocking the seriousness and power of the original, partly because this artist has both a light touch and a real sense of humor—two things contemporary art can always use. 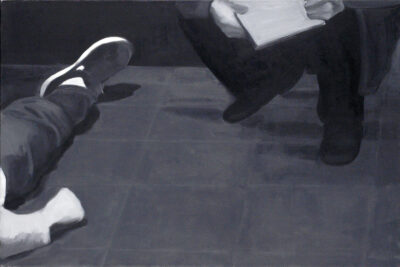 When I look at Jordan Kantor’s visual art, I think of poems.