It Aint Over… by Susie DeFord

“Writing a poem is like crawling into the dark.” 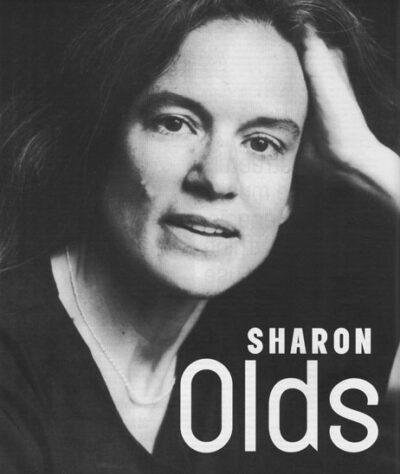 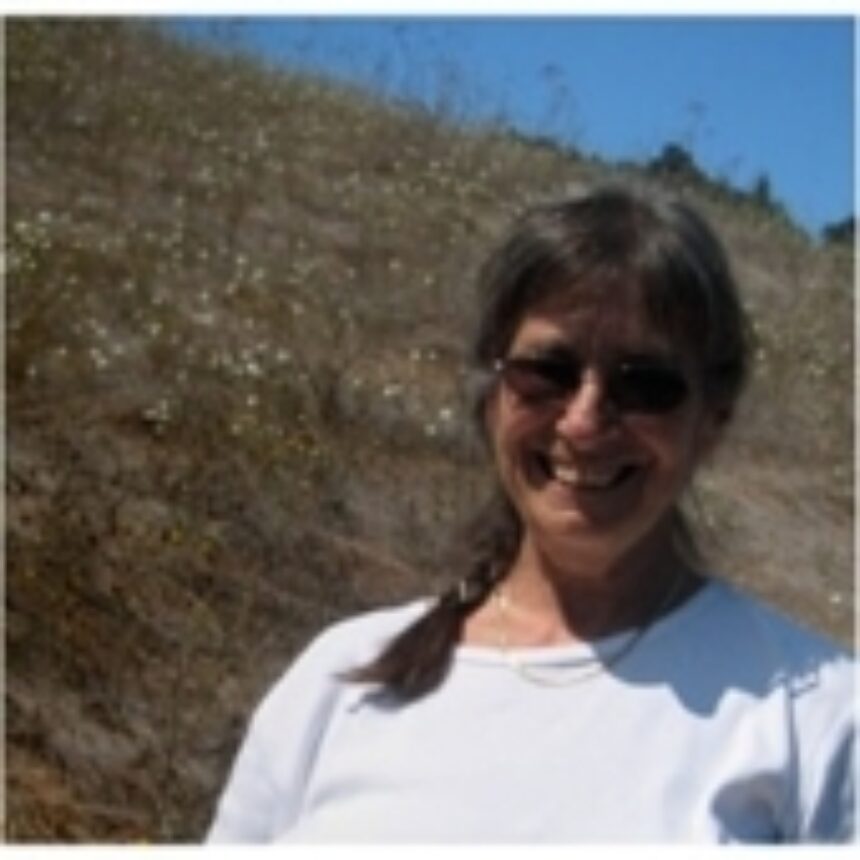 What happens to us as we age and eventually die? This question we all ask is at the forefront of Alicia Suskin Ostriker’s new collection The Book of Seventy (University of Pittsburgh Press 2009). Thankfully, Ostriker approaches this subject matter with wisdom, humor, and tenderness. She gifts us with a sort of explorer’s journal of the territory of aging making it a little less scary for all of us.

Susie DeFord The Book of Seventy deals a lot with aging and the questions that come with it. Can you speak about what led you to write a collection on this subject? Do you feel other poets haven’t tackled this topic adequately?

Alicia Suskin Ostriker What led me to this book’s title was, of course, the fact of my own age. The poems are a cross-section of experiences, moods, memories, responses to the world at this time. Am I typical? I don’t know. It’s true that many of the poems deal with people dying—both friends and people far away in the wars we are fighting. But the esthetic principles behind the book come from the work of the late De Kooning, paintings he did in the 1980s that are extremely austere and yet extremely vibrant. I wanted the poetry of this book to feel similarly austere yet alive, transparent yet evocative.

SD The poems “Approaching Seventy” and “The Married Man” have some sexual elements. Many people think of sex ending at a certain age. What are your thoughts on sex and aging?

Eros, the Greek word for love, is what connects the ‘I’ of the personal lyric to the other words of the poem and the words of the poem to the world itself. Likewise, eros is what connects the self to the inner world of its own feelings and to the other world of objects, animals, and other people. Eros is the affirmation of the human spirit as life-force.

You might think that “eros” has nothing to do with “sex.” But they are connected—or at any rate they can be and should be.

SD In your poem “Insomnia” you write, “you wake at 2 a.m. thinking failure…” You’re a professor many years with several books under your belt, and at an age when many have retired you’re still publishing. How do you measure success?

ASO Well, here I assume that there are other insomniacs out there, like me, with their own private self-flagellations. How many people at any age are completely satisfied with themselves and their “accomplishments?” Feeling like a failure, feeling like a fool—isn’t that part of the human condition? Maybe artists are especially prone to such feelings, because we aspire to create things of lasting worth, and because we always see ourselves as outsiders socially. On the other hand, aspiration is a spur. In every large project I have undertaken—writing 200 pages of notes for the Penguin edition of William Blake’s complete poetry, writing Stealing the Language and my other books on women’s poetry, writing The Nakedness of the Fathers: Biblical Visions and Revisions and other books of the Bible, I have aspired to nudge the world I was born into, toward radical change. I wrestle with literary tradition and religious tradition. Tikkun Olam, mending the world, or trying to, is an inheritance from my lefty ancestors. Of course, the world doesn’t mend! Not fast enough! Or not at all.

But another way to look at the poem “Insomnia” is that it is really about the fear of death, which one tries to deny and cannot.

SD What are some of your biggest triumphs?

ASOThe books I mention above. I think they’ve done some good in the world. Marge Piercy has a book called To Be of Use, and I think these books have actually been useful to their readers.

And other triumphs? Well, succeeding in staying married to one person for 50 years is pretty good, and having three children who grew up into awesome human beings is pretty good.

SD What are some of your greatest regrets?

ASO Oh, I could make a long list. Not studying languages when I was young. Not being good at sports. Having a bad memory. Not keeping a journal, especially when my children were young, and I foolishly thought I would remember forever everything they did. Not being kinder to my difficult mother—I wish she were alive and we were both decades younger and starting over.

SD You were born in 1937 in New York. In your poem “Born in the USA” you mention Coney Island. What are your thoughts on the development there and in New York as a whole in the last decade?

ASO I haven’t been to Coney Island since I was a child. But New York City is still my spiritual home. I love the energy of its streets. I love to ride the subway. I love the museums. The neighborhoods I like best, Upper West Side and the Village, haven’t changed that much.

SD As a poet I, at times, don’t feel qualified to write about politics. Over the years you’ve written about politics quite a bit. What do you think a poet’s responsibility is concerning politics?

ASO We write about what obsesses us, what seizes us. It’s not about “responsibility,” it’s about the inner need to get some things figured out, to get some things said—and not knowing what you really think and feel except by writing it. If you write an op-ed, you already know what you want to say. Writing a poem is like crawling into the dark.

SD You’ve written a lot about women’s issues. How have you seen these issues change over your lifetime so far? What do you think about where women are now?

ASO The biggest difference for a poet is that the women’s poetry movement has enabled women to write fearlessly about any damn thing they want to, from peeing in a lake (there’s a Sharon Olds poem about that) to mathematics and philosophy (Jorie Graham, for instance), and has spread from straight middle class white women to women of color, lesbians, and working-class women—we still need more working-class poets, though, on the page and not only on the slam stage. More poets like the amazing Patricia Smith. Everyone should read her post-Katrina book Blood Dazzler.

There’s been plenty of progress, but men still dominate the literary world as well as the political world. This year, for instance, Publisher Weekly announced its choice of the year’s “ten best books.”” Not one by a woman. The National Book Award gave prizes in fiction, poetry, non-fiction and Young People’s literature—not one by a woman. And there were also prizes for Gore Vidal and Dave Eggers.

Issues for women? Health care including reproductive choice, child care for working mothers, the failure of American schools, income inequality, the glass ceiling, domestic violence—none of these problems is close to being solved.

SD You are a Midrashist and write about God quite a bit. What are your thoughts on God at 70? Is God a part of your writing process? How?

ASO In relation to the Bible and Jewish tradition I am like Jacob wrestling with the angel in the Book of Genesis. Jacob says, “I will not let you go unless you bless me,” and he receives the blessing of a new name. I try as a woman to wrestle a blessing out of this deeply patriarchal tradition. Can it be done? Well, I don’t know. But I do know that when women’s spiritual insights contribute as much as men’s have done until now, to what we think God is, or the soul, or good and evil, all these things will be different. The being we call God the Father swallowed God the Mother in pre-history. But like the grandmother that the world swallows in Little Red Riding Hood, the Goddess is not dead. She’s still there in the belly of the beast. It’s time for her to be re-born, and we can all be midwives.

I don’t “believe” in God, though I do talk to him from time to time. My writing is my spiritual practice.

ASO I hope to go on teaching for many years. I love teaching in the low-residency MFA program of Drew University. We have wonderful students, and it is a real community. What’s next for me as a writing project? There’s a chapbook coming out next spring from Marick Press, At the Revelation Restaurant, but after that I have no clue.

For more of Susie DeFord’s work, visit her website.

Alicia Suskin Ostriker is the author of eleven previous poetry cosllections, including: The Mother/Child Papers, No Heaven, the volcano sequence, and The Little Space: Poems Selected and New, 1968-1998 (all published by University of Pittsburgh Press). Ostriker is the author of two volumes on women’s poetry, Writing Like a Woman and Stealing the Language: The Emergence of Women’s Poetry in America. Her most recent critical book is Dancing at the Devil’s Party: Essays on Poetry, Politics and the Erotic. She has also published three books on the Bible, Feminist Revision and the Bible, the controversial The Nakedness of the Fathers: Biblical Visions and Revisions, a combination of prose and poetry that re-imagines the Bible from the perspective of a contemporary Jewish woman, and most recently, For the Love of God: the Bible as an Open Book. Ostriker’s poems have appeared in The New Yorker, The Paris Review, Antaeus, The Nation, Poetry, American Poetry Review, Kenyon Review, The Atlantic,  MS, Tikkun, and many other journals, and have been widely anthologized. Ostriker has received awards from the National Endowment for the Arts, the Poetry Society of America, the San Francisco State Poetry Center, the Judah Magnes Museum, the New Jersey Arts Council, the Rockefeller Foundation, and the Guggenheim Foundation. She lives in Princeton, NJ, with her husband. Ostriker is Professor Emerita of Rutgers University and is a faculty member of the Drew University Low-Residency Poetry MFA Program. The Book of Seventy is now available from University of Pittsburg Press.