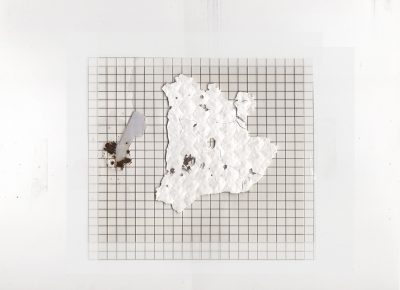 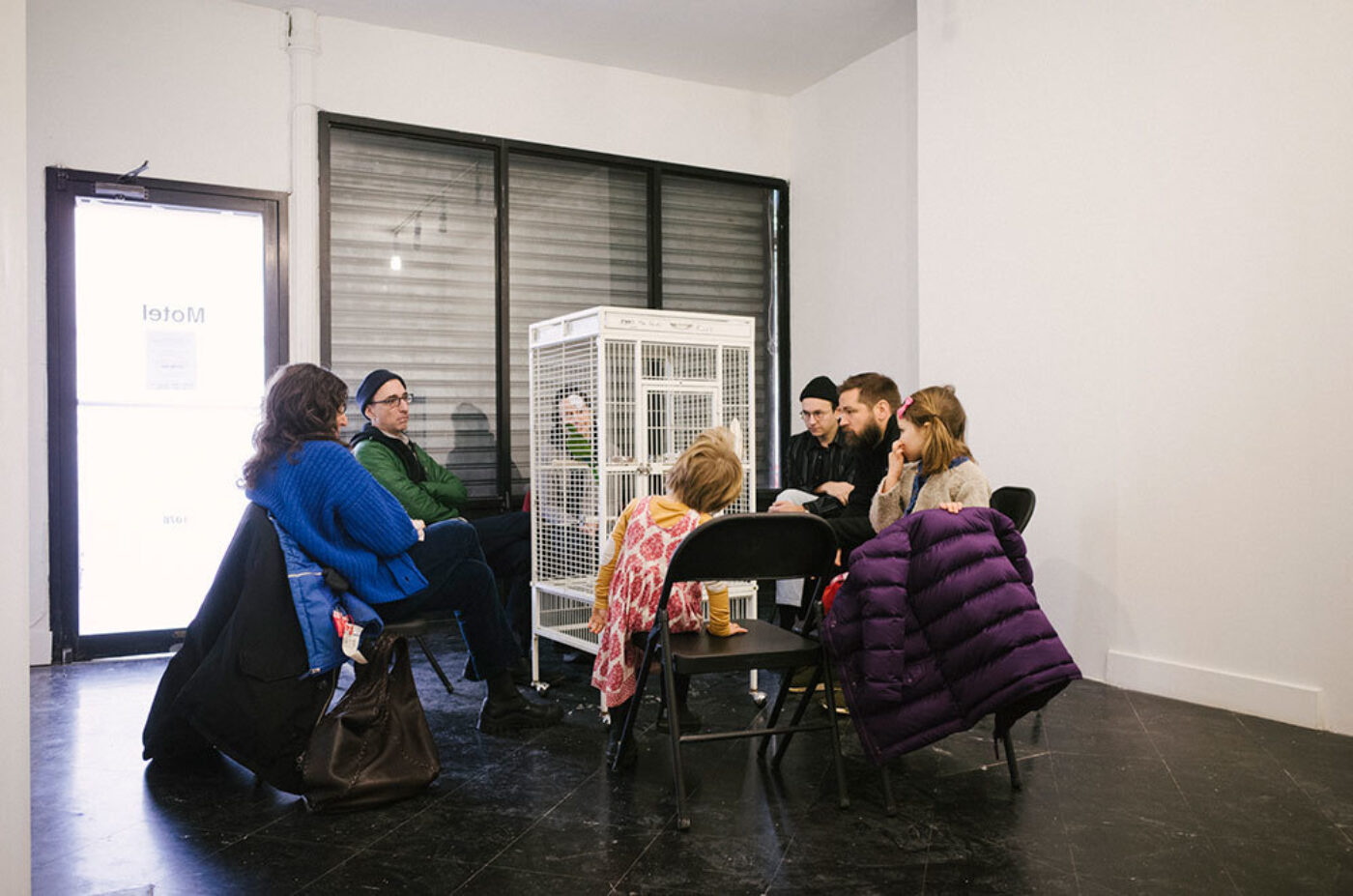 Corin Hewitt’s installations create spaces for convening and for narrating biography, language, and encounter. We met to discuss two of his exhibitions: Shadows Are To Shade at the Institute for Contemporary Art in Richmond, Virginia, in 2019; and A Parrot in Parallel Proposes, currently on view at Motel in New York City. While the first exhibition was a literal and philosophical excavation of the artist’s residence and its history, the second considers the permeability of an apartment building’s wall as a channel for unexpected communication.

Joshua Simon In both Shadows Are To Shade and A Parrot in Parallel Proposes, there is a navigational sense that exceeds the visual but nevertheless is reliant on it. How do you approach the vistas or viewpoints you are offering your viewer in these projects?

Corin Hewitt In both of them I use the dividing planes of walls or floors as ways to think about relationships. After I was invited to do a show at Motel—a small, storefront gallery in Brooklyn—I asked Riley Duncan, one of the founders of the gallery, what he knew about what is happening on the other side of the walls of the space. Apparently, both visitors to the gallery and the gallerists themselves had heard the sounds of a parrot coming from behind the back wall of the gallery. Sometimes the parrot spoke Spanish; sometimes it mimicked the building’s HVAC system or street sounds; and sometimes it repeated words that were said in the gallery. This parrot turned out to be two parrots belonging to Manuel, the superintendent of the building, who offered to loan them one at a time for the exhibition. I found out that they are called Quaker parrots, or, alternately, monk parakeets. This really interested me. I attend Quaker meetings in Richmond, Virginia, where I live, and the relationship between silence and improvised speech in both Quaker parrots and the Quaker religion was exciting.

On Sundays, one of the two parrots is in the gallery in an identical cage to the parrot in the cage on the other side of the wall in the superintendent’s space. Five to eight visitors sign up for a “meeting,” which is a thirty-minute session with a group of strangers and the parrot. During the first half of these thirty minutes, visitors sit in silence, and during the second half, they are free to speak with the parrot. During the weekdays, the parrots are back together, presumably reporting to each other what they learned on the other side of the wall.

The other work, Shadows Are To Shade, used the spatial split created by the floor of my home. In this work, I cut two parallel holes in the floor, about eleven-feet long by three-feet wide, and dug two trenches about four-feet deep into the earth. When I dug, first cutting through the plywood and a thin layer of asphalt, I found that there was about two feet of red clay and then a sandy fill before I eventually hit soil that was not visibly disturbed by humans. I saved all the notable artifacts and sizable rocks that I found and made casts from them, painted to various degrees of realism. 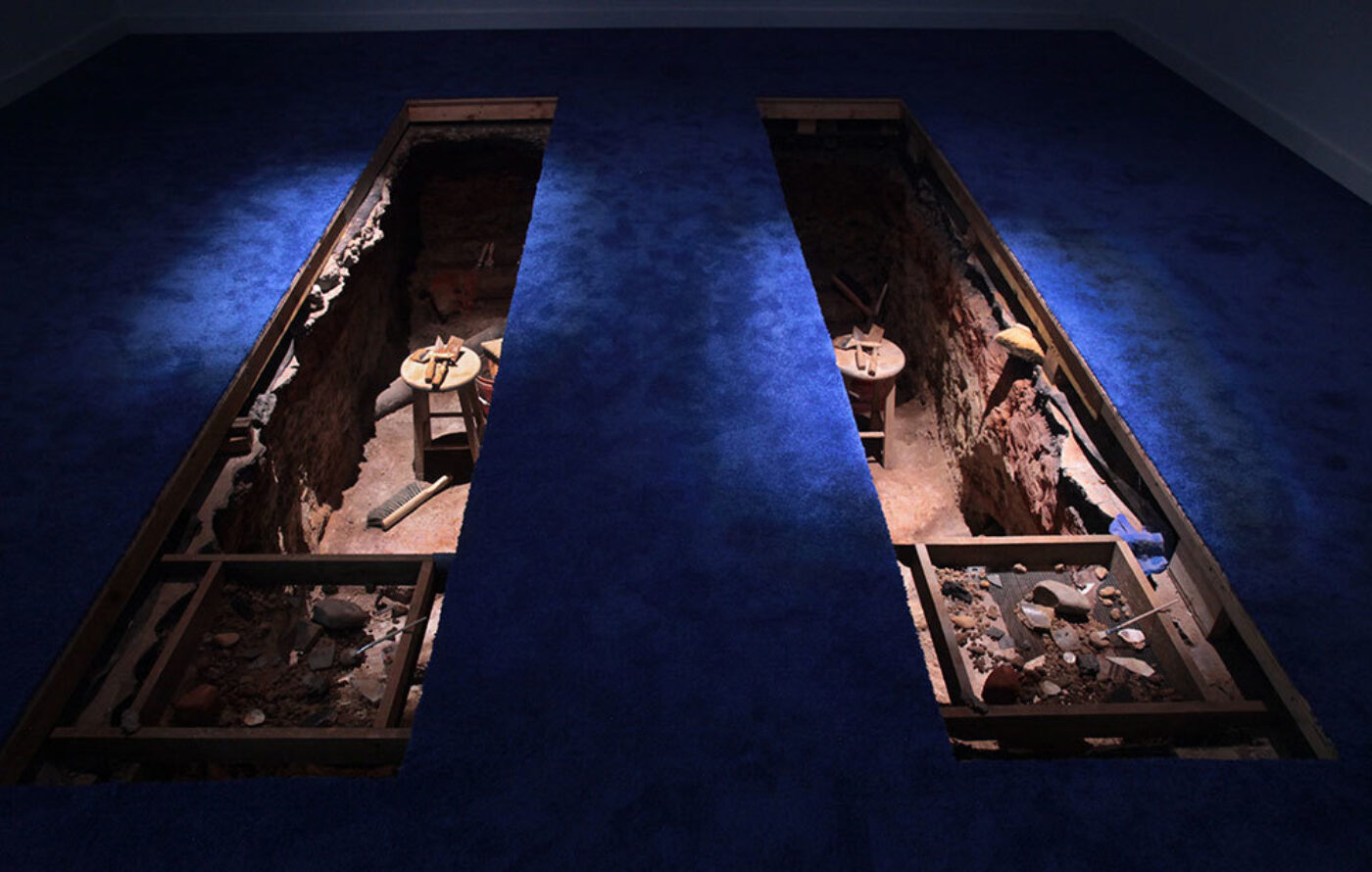 JS The repetition you devised in Motel and in Richmond generates strange similarities. Things appear twice: in Richmond, one in original mode and the other as replica, while in Brooklyn it is a pair of parrots, one in the gallery and the other in the apartment next door.

CH As I dug and sifted and saved and replicated what I found, I was simultaneously doing research into the history of the site of our building. I discovered that the first recorded landowners of the site were the Ford family, who owned the property from 1863 to just before the building was constructed in 1915. The records I found were primarily about William T. Ford, a Confederate veteran and deserter who’d also been an ice dealer, a small-scale farmer, a teamster, and a contractor. When he was forty-eight years old, the same age I was while making the piece, he was listed as an excavator, likely for the Lee Development Corporation, a nineteenth-century, Jim Crow–era real estate development company that built homes and monuments as part of the reconsolidation of white power in Richmond in the late 1800s. I wanted to stay with this troubled parallel as I made the work.

The final work consisted of the room in my home I’d dug the trenches in, accessible one day a week, where visitors would enter through a specially constructed side door. The interior of each trench appeared to be in the process of an archeological dig, containing a seemingly identical assortment of objects, artifacts, digging and cleaning tools, as well as four identical plumbing pipes, two of which are the functioning waste lines of the building. Starkly lit by lights that moved on tracks overhead, visitors witnessed a slowly shifting series of shadow plays in the trenches below.

The other part of the work took place on the second floor at the Institute for Contemporary Art about fifteen blocks away. At the museum, I used the entire second floor: two large, forking galleries with smaller galleries at the end of each of them, populated with elements loosely associated either with my experience or with Ford’s. At the entrance to the forking spaces, there was a point in space where both galleries can be seen. I created the parallel and occasionally mirrored installation with this point in mind. As viewers stand at this point, they become both the vanishing point as well as the point of perception of both spaces. 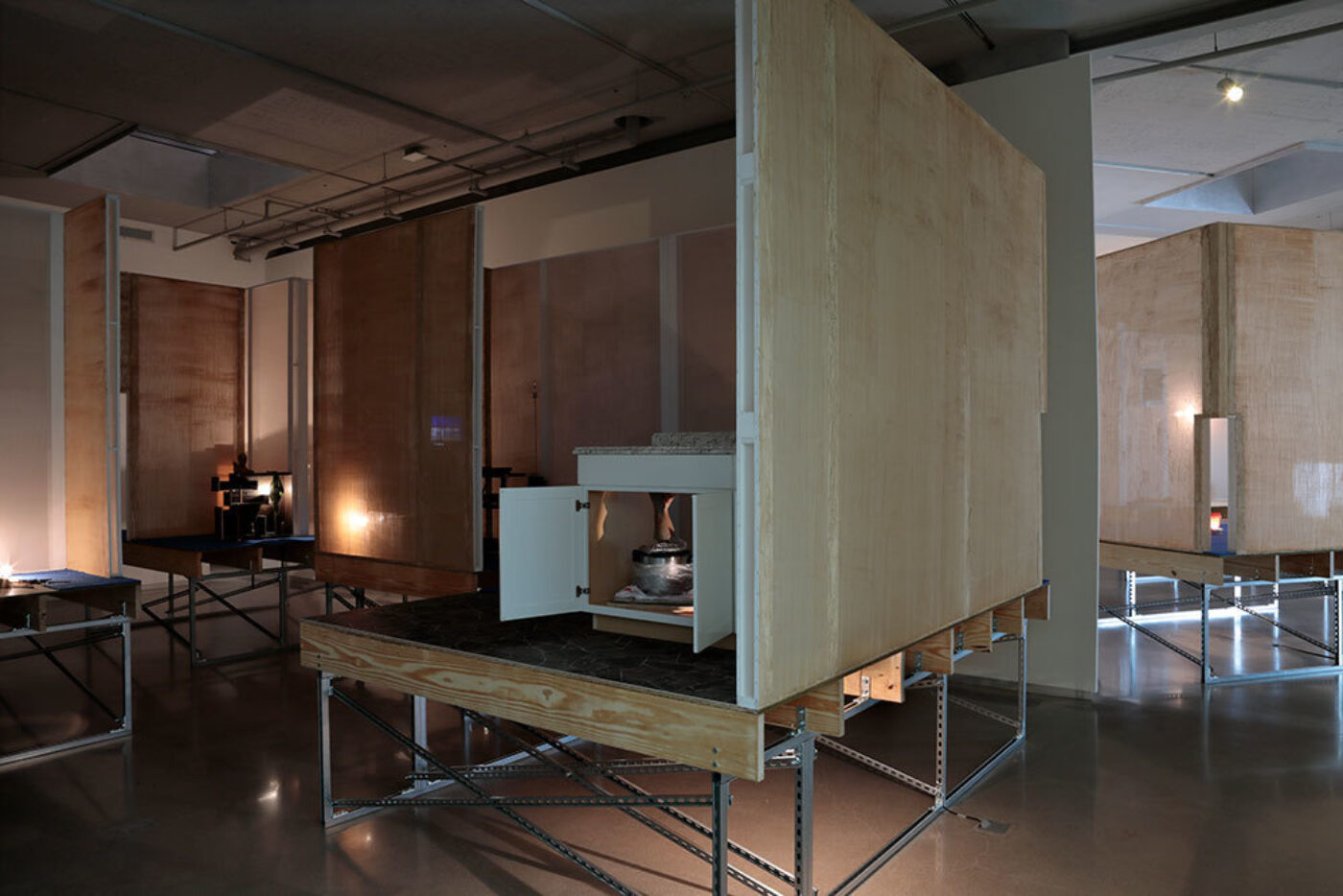 JS Another strong element is the movement around the installation and sculptures in the museum. Going in between the cabinets is like a tracking shot in a movie. The height of the cabinets on platforms makes this even more of a cinematic feel, as what is depicted is on the floor but is revealed at eye level.

CH I raised the entire installation on scaffolding so that viewers moved through it as though they were submerged in the same depth as the trenches at my house. By doing this, I hoped to create a very bodily relationship to the floor itself as a dividing space, as visitors’ upper bodies were immersed in and moving through the cross-sections of the cabinets and desk drawers that formed the context of the sculptures. These are spaces in homes that we are used to looking down upon.

Each of the sculptures was a sort of lamp with its own light sources that brightened and dimmed over time. I can see how this different point of view, which is what a camera can also provide, along with the fades and temporal shadows created by the objects, might have contributed to a feeling of cinematic space. 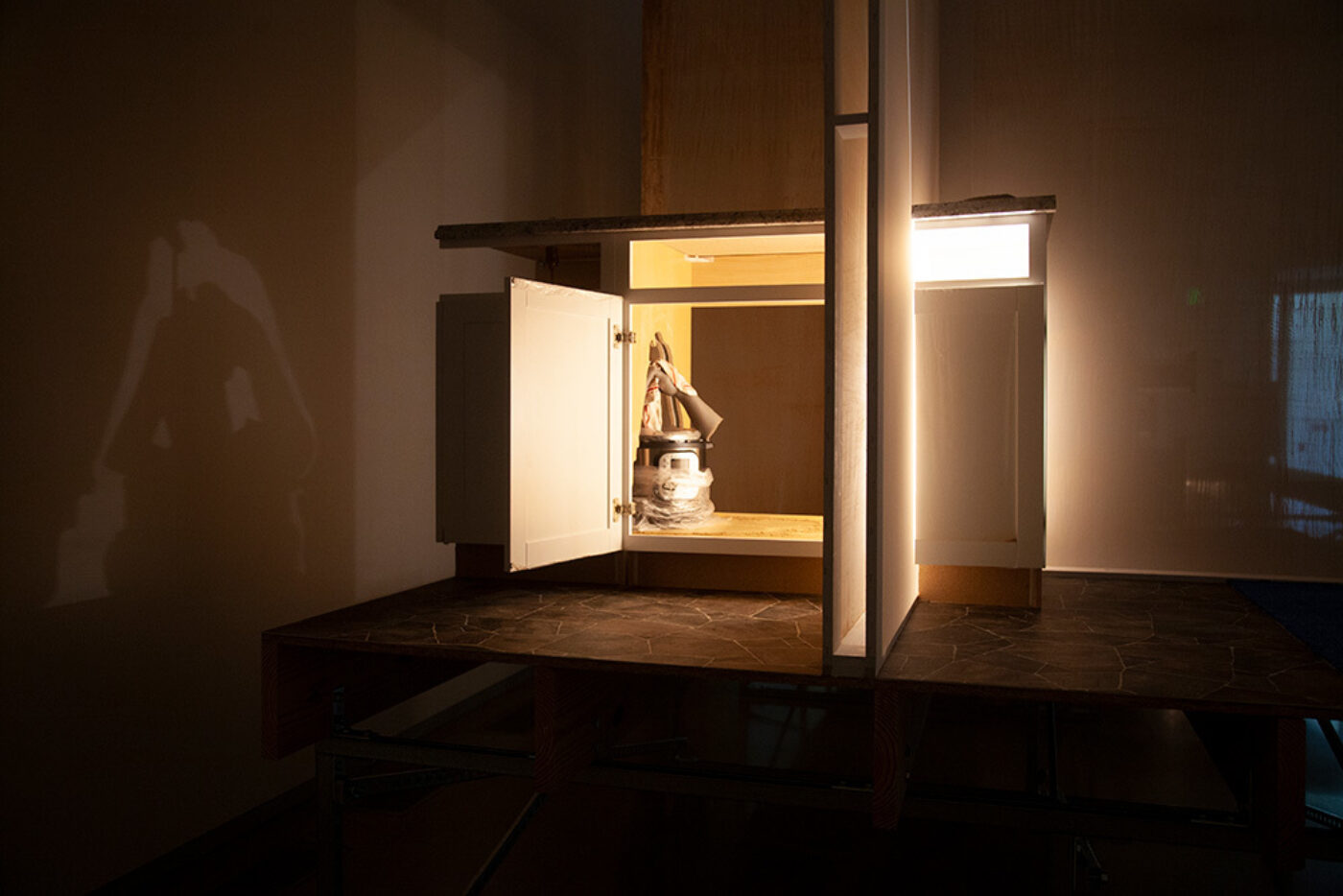 JS To mold, cast, mint—how do you see these activities?

CH For me, the process of mimesis, or copying, is a commitment to pay close attention. It is inherently organic, selective, context-dependent, and mutative. I have recently learned a lot about theories explaining why parrots copy sounds. Most of the theories have to do with parrots being deeply social animals with strong drives to participate in the context they find themselves in. There isn’t really a beginning or end point to the activities of paying attention and participating. I’m interested in how our sense of time, and our sense of ourselves, transforms when these two processes are intertwined in our creation of things and prioritized in our thinking.

Corin Hewitt: A Parrot in Parallel Proposes is on view at Motel Gallery in New York City until March 14.

Joshua Simon is a curator and writer living in Philadelphia, currently working on a manuscript for a new book entitled Metastability.

A World in Miniature: Lindsey Dorr-Niro Interviewed by Jared Quinton 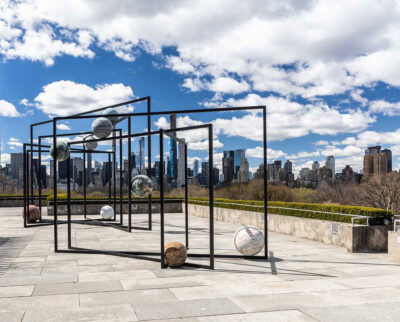 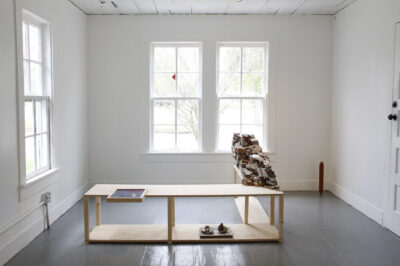 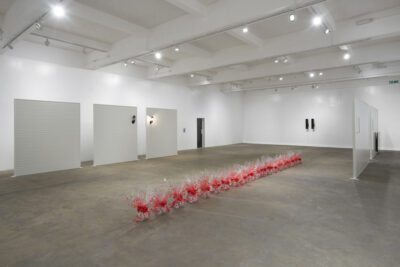