Sarah-Jane Stratford on the layered, complex history of Richard III. 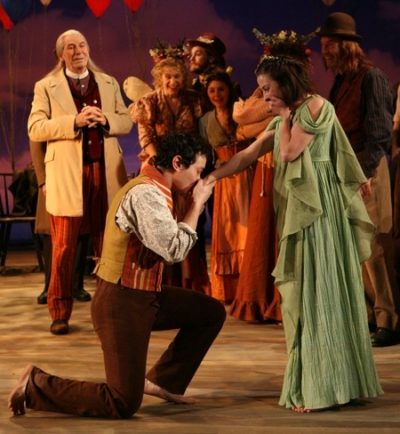 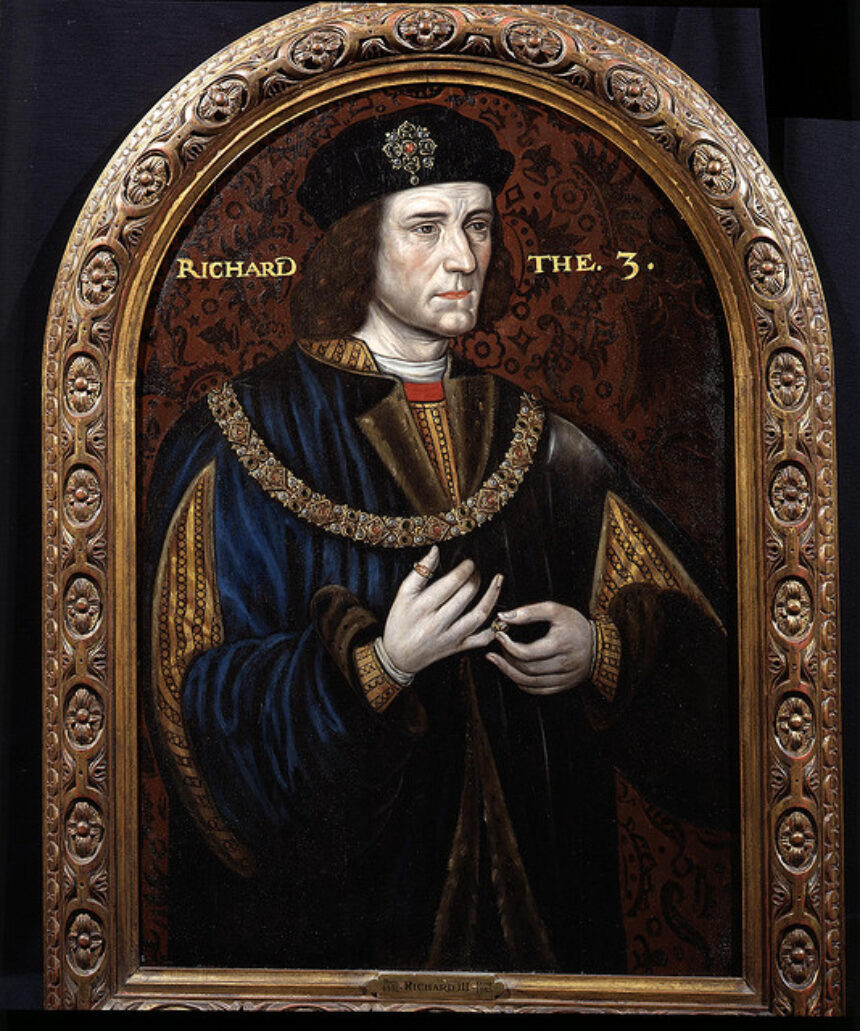 On September 12, 2012, a skeleton was found buried beneath a Leicester car park, where a church once stood. The historical record shows that the bones might be those of the long-lost Richard III, the last Plantagenet king of England and one of history’s most spine-chilling villains.

Plenty of people are quick to avow that the hump-backed, cold-blooded Richard III lied, connived, and murdered his way to the throne. He had no compunction about murdering his brother, seducing the widow of a man he’d just killed solely to marry her for political gain and “not keep her long,” and, just for good measure, imprisoning and ordering the deaths of his two young nephews—the rightful heirs to the throne.

There’s just one problem with this story. It is not history; it’s Shakespeare. The play Richard III was written in approximately 1591, more than 100 years since the king’s death at the Battle of Bosworth in 1485. Shakespeare was greatly influenced by the salacious history written by Sir Thomas More in the shaping of his vision of Richard, and the resultant work is one of the most spellbinding dramas in Western theater.

The play’s power, however, stretches far beyond its entertainment value, and its provocations upon the nature of tyranny and corruption. The fiction the play weaves is so compelling, it has long since eclipsed the reality of history. We believe the thrilling lies and have no interest in the more complex, mundane truth. Furthermore, as a culture, we relish a strong villain. We also aren’t keen on gray areas. One reason the layered, complex history of Richard’s life was so readily buried is because the alternative created a more gripping narrative.

The alternate history was written for purely political reasons. It is little more than naked propaganda, burying the truth along with Richard for political expediency. Henry Tudor had won the battle and the crown, but there were plenty who didn’t think he had a legitimate claim to rule. Those who might side with the Plantagenets quickly found there was a disincentive to deny the story being spun about Richard—keeping their counsel guaranteed they kept their property … and heads.

As the story became accepted and enjoyed for its Gothic horror, it retained its veneer of truth not just because Thomas More is sainted and Richard III is classed as a history, but because it’s more comfortable to dwell in the certainty of what we know. The determination to maintain an opinion, despite evidence that contradicts it, has a psychological categorization: “reaction belief perseverance.” It’s the same phenomenon that keeps some people convinced Barack Obama is a Muslim socialist born in Kenya.

The political impetus that turned Richard III into a Machiavellian monster continues to define much of our modern body politic. In fact, with the growing entrenchment of political polarization, we are less disposed toward nuanced Enlightenment thinking and action, and more stereotypically medieval. We have no patience for nuance—we want action, we want drama, and we want clearly defined heroes and villains. It almost doesn’t matter what side of the political spectrum we belong to, or our level of education. When it comes to matters of public policy, we want our side to win, and we increasingly see that it’s the best show that gets the plaudits and the prize.

It can’t be a surprise that politics has become so defined by theater. When something is presented as a story, it feels more true than the facts. Theater has a strong gravitational pull, which politicians have long recognized and which the excess of media outlets allows them to further exploit. There is a wealth of information sources available to the public, but with so many of them presented so as to be entertaining, the drama drowns out the facts. It is harder than ever to decipher the truth beneath the props—and the propaganda. Bizarrely, it is shows like The Daily Show and The Colbert Report, which have no compunction about classing themselves as pure entertainment, that achieve the presentation of pure fact more readily than actual news sources.

It should not be this way. Education and access to information are supposed to help us withstand the power of entertaining propaganda. Many politicians have understood that, which is why some have sought to suppress dissemination of facts. One of the first politicians who attempted instead to educate and inform the people he governed was none other than Richard III. During his short reign, he promoted the book trade and encouraged heavy importation of books from Europe. He also ordered that laws be printed in English as well as Latin, so that ordinary people might understand the laws of the nation in which they lived. It’s likely that this expedition of printing and information promulgation was part of what allowed the maligning of his character to spread so rapidly and with such completion. Shakespeare’s cheerful villain might have appreciated the irony, but the real king would probably not be amused.

The play Richard III, is Shakespeare’s most performed for many reasons—delicious main character, riveting action, sex, murder, corruption—you really can’t ask for more. But it also presents a political situation that is, sadly, timeless. Its story is that of how fascism rises, with a clever man making use of opportunities, preying on weaker minds, using cunning to achieve his ends. Even the proudest, white-rose carrying Yorkist can acknowledge it is fine drama. But it should also give us pause as we consider the power of storytelling. We can’t enter into such entertainments lightly. Political theater—and film—can shape beliefs more certainly than any extant documents.

When bodies are uncovered, so are stories. The draw of Richard III is so powerful, it is absolutely certain that this discovery will prompt a deeper discussion of his life and character. He might even finally receive redemption, presumably because there is some willingness to be more flexible once someone is dead over 500 years. What is less likely, but to be hoped for, is that as this reexamination and reclassification of Richard III takes place, we might also take stock of our current affairs. We are more easily seduced by political theater than Shakespeare’s version of Anne Neville was by Richard—a mesmeric scene that is an utter fabrication. For the sake of the health of our body politic, it would be applause-worthy if we could set aside the drama and recognize that the truth is always going to be far more complicated—but often more fascinating—than fiction. That would make for a truly glorious summer.

Sarah-Jane Stratford’s work has appeared in Salon, Guernica, and The Guardian. Her short story was selected for the inaugural Liar’s League New York reading series and she is an occasional contributor for the Broadway Green Alliance. She is the author of two historical fantasy novels published by St. Martin’s Press and holds an MA in medieval history from the University of York. Follow her on Twitter. 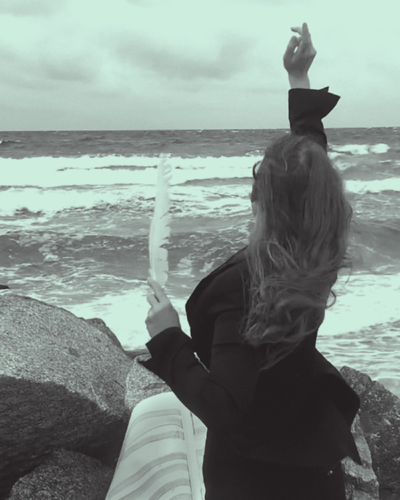 A CAST of eight: ACTOR, CHEF, COMPOSER, DANCER, FILMMAKER, PAINTER, and siblings: SISTER and BROTHER. If necessary, ACTOR may be played by a PHOTOGRAPHER. 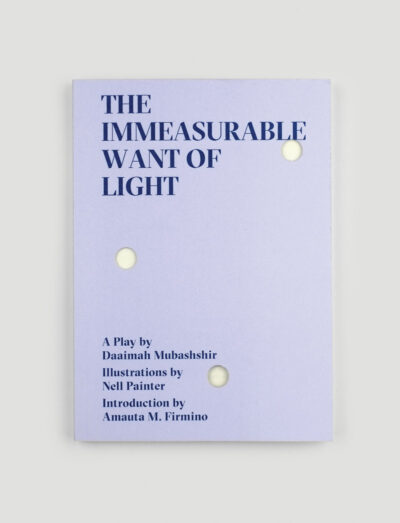