I Can No Longer Hear The Guitar by Nicholas Elliott

On the intricate emotional architecture of Philippe Garrel’s autobiographical classic, based on his own romance with legendary chanteuse Nico. 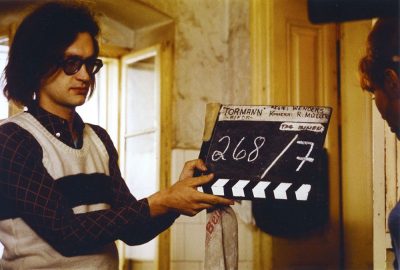 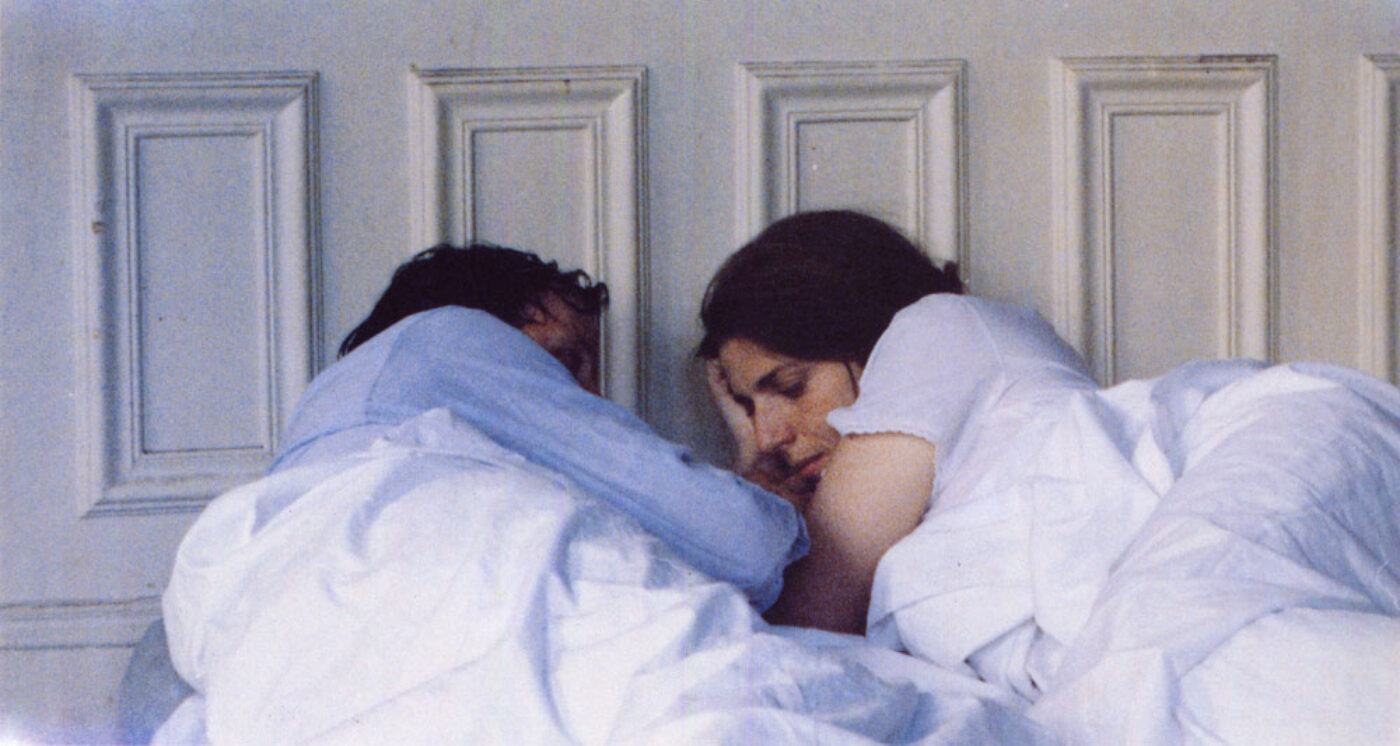 I Can No Longer Hear the Guitar, dir. Philipe Garrel. From left to right: Benoît Régent, Brigitte Sy. © The Film Desk.

No one films faces the way Philippe Garrel does. The French autobiographical filmmaker does not rely on a special lens or light to achieve the luminous presence he captures when he films a man and, especially, a woman. He succeeds because he hones in, filming only what he loves—there are no extras in a Garrel movie and of course no explosions. Naturally, the films are also about love. But Garrel makes no attempt to account for the reasons we slip in and out of each other’s lives, placing narrative far behind presence and psychology deep below that. His masterpiece I Can No Longer Hear the Guitar (1991), which plays at the Alliance Française on Tuesday, offers the paradox of a rich surface with endless depth. The depths are in the way the weather changes in his magnificent actors’ eyes but mostly in the ellipses, the months and sometimes years that pass between two shots, the major events—what others would call plot points—that happen off-screen. Garrel films the simple moments, the stroll down to the beach or the hurried drink at the café, two lovers alone in a bare apartment and what happens when the toilet paper runs out, reeling in from the unconscious what he doesn’t show but what we’ve all felt—the break-up or first kiss—anchoring it in tangible reality. And so your own feelings come alive inside the movie and you leave pulsing with the intensity of your own life.

In I Can No Longer Hear the Guitar, the characters falling in and out of love are based on the filmmaker himself (played by the late great actor Benoît Régent, whose face was one of the great reactive surfaces of the celluloid era) and Nico (Joanna Ter Steege, a human light source inside the frame), the Velvet Underground chanteuse with whom Garrel made several entrancing experimental films and shared a long and druggy romance. Garrel made this film in response to her death, which may explain why it feels like his grown-up, coming-clean movie, widening the focus from his marvelously intimate but nearly autistic earlier work to take stock of the generation that came of age in May ’68. With a slightly larger canvas and the courage to film years drifting by, Garrel succeeded in making one of the great films about the ebb and flow of friendship. 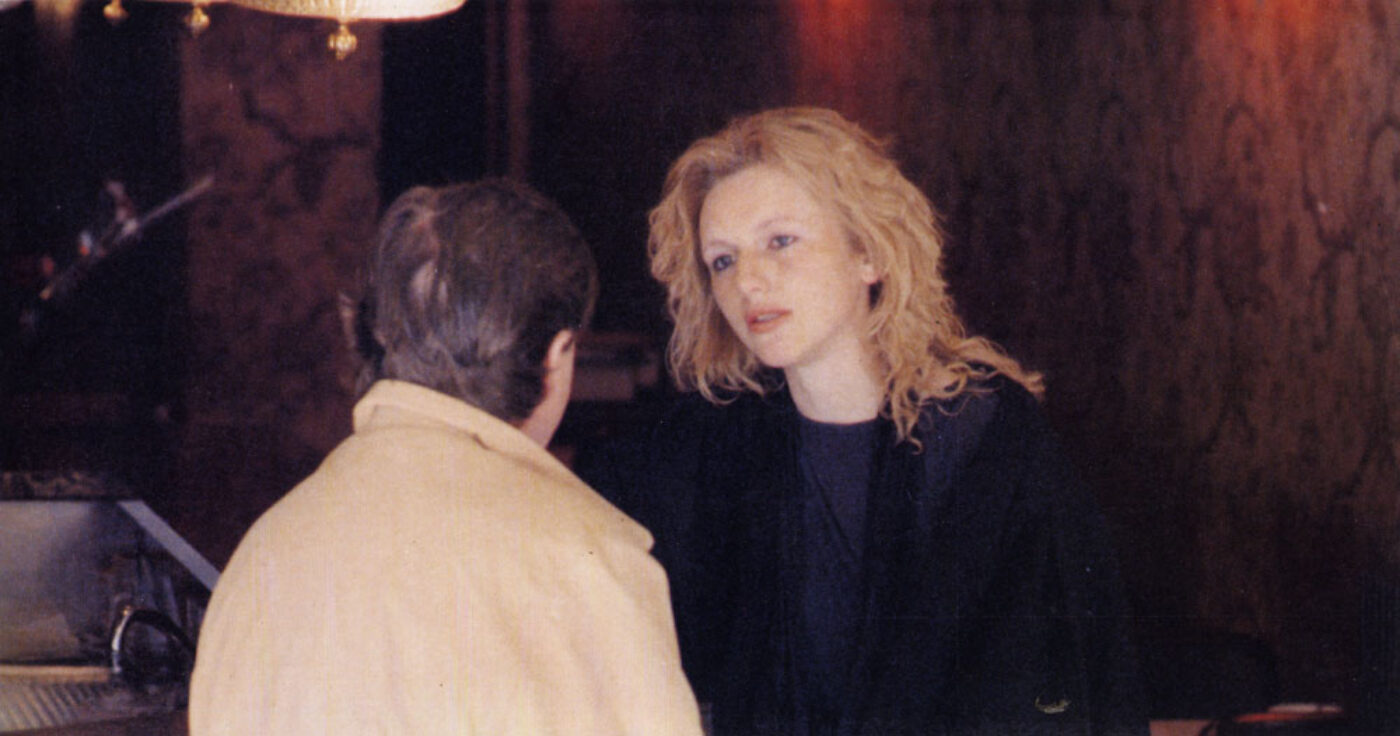 I Can No Longer Hear the Guitar, Dir. Philippe Garrel. From left to right: Benoît Régent, Johanna ter Steege. © The Film Desk.

One of the greatest epigrammatic filmmakers, Garrel has worked with several dialogue writers in his quest to put words to the nature of love. In I Can No Longer Hear the Guitar, Marianne (Ter Steege) yells at her lover Gérard (Régent) for being blasé about their dire financial straits: “You think love is going to keep us warm, give us light, feed us, and get us high?” Gérard answers: “Exactly. You have just given the most precise definition of love I have ever heard.” Here we have the essence of Philippe Garrel: a boundless romantic totally grounded in reality. I Can No Longer Hear the Guitar is the ultimate expression of that duality, the perfect mix of film’s key ingredients: poetry and reality.

I Can No Longer Hear the Guitar plays at FIAF on Tuesday, November 12.

Nicholas Elliott has been New York correspondent for Cahiers du Cinéma since 2009 and is Contributing Editor for Film at BOMB. He will serve on the jury of the 2013 Entrevues Belfort Film Festival in December and is currently writing text for an upcoming project by Richard Maxwell and New York City Players. 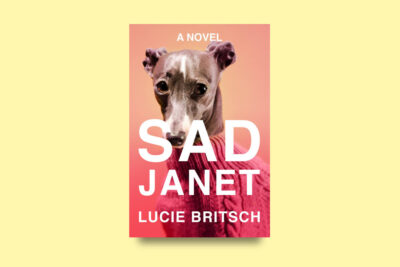