How to Escape from the Postcolonial by Jack Palmer

The stories of Tiphanie Yanique’s debut collection How To Escape From A Leper Colony hold no fear. Centered on life in the US Virgin Islands, they seem ready for the generic lexicon of lazy reviewers. BOMBlog’s intrepid Jack Palmer spoke with Yanique about the fallacy of that vocabulary and the lessons available in literature. 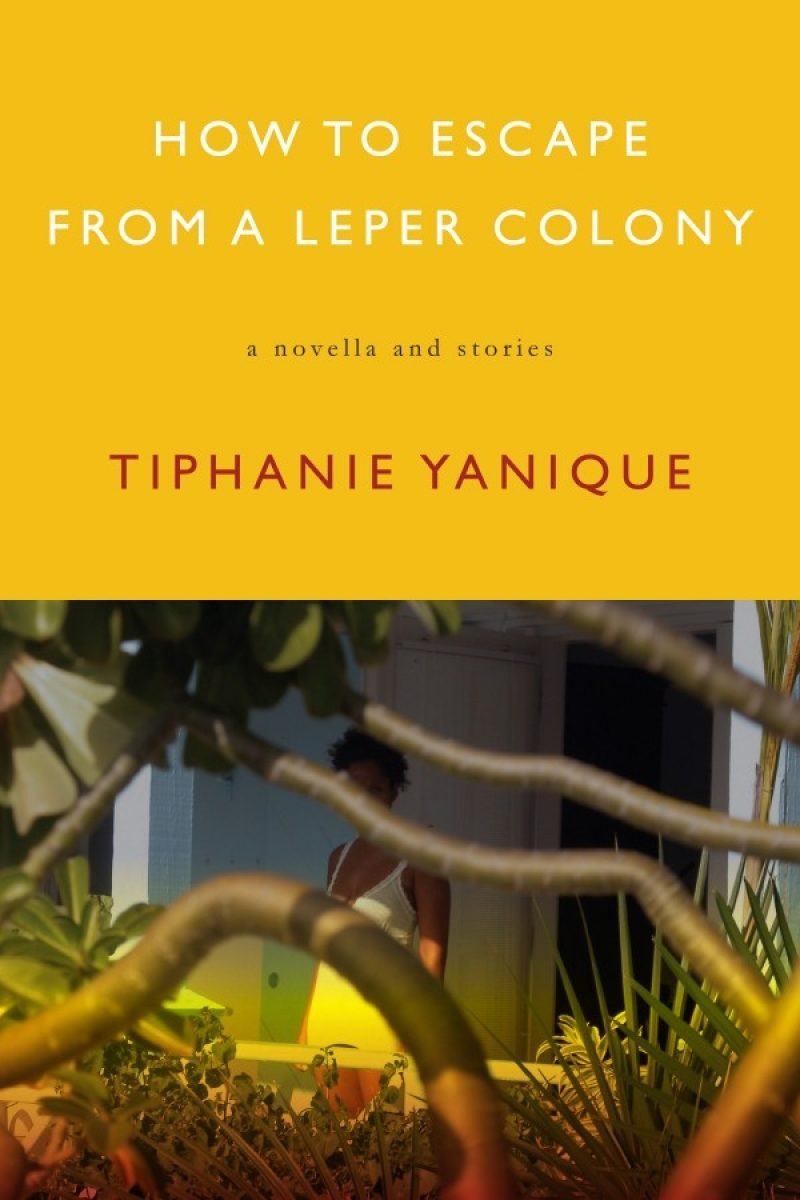 The stories of Tiphanie Yanique’s debut collection How To Escape From A Leper Colony hold no fear. Centered on life in the US Virgin Islands, they seem ready for the generic lexicon of lazy reviewers: postcolonial, post-racial, the terms that allow reviewers “to get away with never examining their privilege.” Yanique’s examining eye is unflinching, and her subject is the outsider, the marginalized.

Nor are these stories held to ransom by truth. History is made up of many voices, and each of these gives a different version of events. The hypnotic “The International Shop of Coffins” treads the same narrative ground from a number of viewpoints. As readers we are used to books surrendering their facts, but many of these stories do not. It lends the text a magical element, but also a more realistic one: obfuscation is more true to life.

Jack Palmer The idea of something being merely for the sake of “prettiness” recurs throughout these stories. Is this something you fear when writing?

Tiphanie Yanique First of all, thank you for being such an astute reader. Writers often put many layers into a story knowing that most people won’t be patient enough to most tease out. But here you are, digging and finding things! Thank you.

JP The link between the thoughts and the actions of your characters is often tenuous. For example, it is unclear whether a crime is real or imaginary, or if two characters have a relationship or not. Why are these characters so unsure of their own history? Do they deliberately obscure the past?

TY In real life I think people do obscure their own pasts. I think we re-imagine our histories as our psyche permits, as our society permits, as our circumstance permits. What is real seems frighteningly and excitingly subjective. There is a truth that happened and then there are the truths of the experience of what happened. To appreciate this, all anyone has to do is ask a married couple about the beginning of their relationship. Often there are glaring conflicts at vital points in their versions of the story. It seems as though when it comes to our lives’ most important moments, we are bound to see them and re-see them via our particular vision.

While this might be scary to contemplate (how can there be no truth?!) I also find it an exciting aspect of humanity. It means that there are so many stories to be told and to witness. I love human beings and I love that we create and recreate.

JP In the story “Kill the Rabbits”, cultural identity, in particular race, is compared to costume. Is it foolish to assume that after Obama we live in an increasingly post-racial world?

TY I think, as I say above, that one’s particular reality might influence one’s vision. Perhaps by now you’ve seen the “news” about Shirley Shirrod and the way Americans seemed frankly thrilled to call Shirrod a racist. At this point in American culture I think a (half) black president in office has actually brought to the surface just how race-based we are in this country. And I’m not talking unsophisticated philistines. The most racism I’ve personally received has come directly from people who are dedicated readers, writers and publishers of thoughtful literature. I think we’re far from post-racial. We might have been able to fool ourselves when we had President Clinton (the so called first black president) but I think we know better now that an actual brown skinned guy is up there getting the blows.

I think white people are longing to claim our culture as post-racial because it allows them to get away with never examining their privilege and their (maybe subtle) contributions to racist systems. Black people who assert a post-racial currency seem to be the ones who have been made to feel defensive or un-Black for listening to Led Zeppelin or having white friends. But as a culture and as individuals we have a lot of work still to do.

JP From their base in the Caribbean these stories occasionally emigrate—to London, the Gambia, Texas—yet these characters unfailingly feel strongly drawn to their origins. How do you feel as an emigre writer?

TY My status as an emigrant is in question. Virgin Islanders, unless they’re from the BVI, are by definition citizens of the United States. We’re Americans. Our boxed view of what makes a real American creates the strange situation of Virgin Islanders emigrating to our own country. We don’t speak American. We don’t look or behave American. At least that’s what the TV tells us.

JP The structure of “a novella and stories” is fairly unique. Where did the idea for this come from? Do you see the novella as a focal point of the other stories? Are you playing with the loose definitions of these terminologies?

TY I didn’t plan to write a novella and stories. I wasn’t think about a book at all when I wrote these stories. I think this allowed me to focus on each story for its own sake. Each story was conceived independently and my energy and creativity was very much with the individual story. I hope this means that each story has a unique telling. What’s funny about this is I don’t think that many readers actually think much about which story is actually the novella. Many reviews have called the title story the novella, but technically it’s not. The longest story in the collection is “The International Shop of Coffins”—that’s the technical novella. I say technically, but for the reader I don’t think it much matters. I’ve been completely stunned by which story readers and reviewers think is the strongest and therefore the focal story. You would think most people would assume it’s the title story or the novella. But almost everyone thinks it’s a different one, despite the title and despite the novella. What’s hilarious to me is that reviewers are adamant, I mean totally like set in their idea about which story is THE story. Reviewers say things definitively, like “‘The Bridge Stories’” are the standout pieces in the collection, all the other stories are secondary.” They don’t say they think or feel or prefer. They just say it like it’s the truth. But every reviewer seems to think it’s a different story! It’s kind of silly what this means about being sure of anything. But I take this as a huge compliment. It means that the telling is unique enough in each story that readers with totally different tastes might each find a story that they think is the one they’d love to see more of. It also helps me keep in mind that when I write a novel, one single telling, there will be no way to please everyone. But in the end I love what it means about human beings. About our diversity of aesthetic. About our unique passions. About the various possibilities of what good art might be.

How to Escape From a Leper Colony is available now from Graywolf Press.