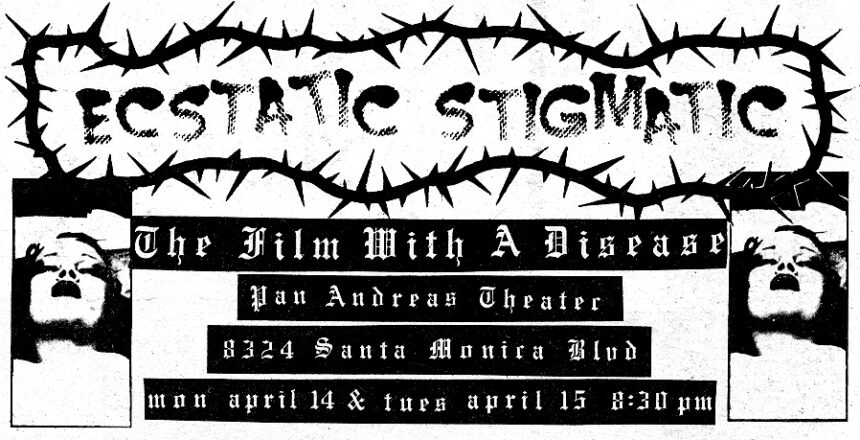 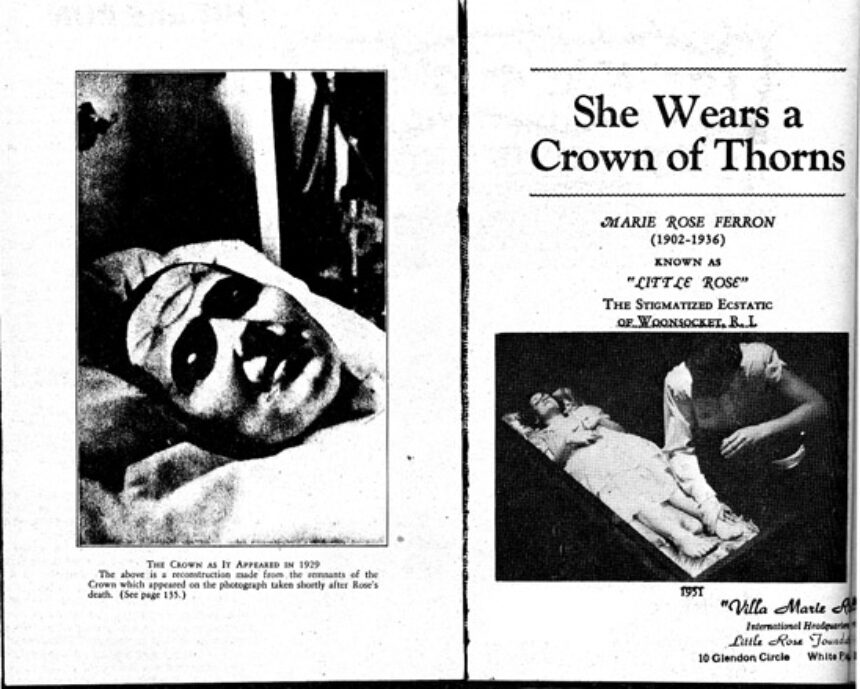 When preparing Mirielle for the scene in Ecstatic Stigmatic in which the Crown of Thorns appears miraculously on the forehead of “Little Rose,” our task was considerably simplified by a fortuitous circumstance. We merely shaded the scar tissue that ran across the left side of M’s forehead, cut through the eyebrow and sliced the eyelid in half. This stigma was acquired at the age of 15 when M was thrown through a windshield in a near fatal automobile accident. “Only I could have played this part,” she joked during the make-up session.

But of course. Why else would she have found among the dusty Reader’s Digests and cookbooks of the Senior Citizen Thrift Shop a book entitled “She Wears A Crown of Thorns” and insisted that I make a film based on said book so that she could portray the heroine, a freakish religious fanatic. The similarities between M and Rose were to go beyond mere scar tissue.

Two days before the film was to premiere in Hollywood, M was killed in a hit-and-run automobile accident. It was the type that newspapers generally refer to as freak. M was killed instantly; the driver and other passenger barely injured, and the assailant, who ran a red light, broadsided their VW and sped away, was not only never located but accomplished this task virtually unobserved. 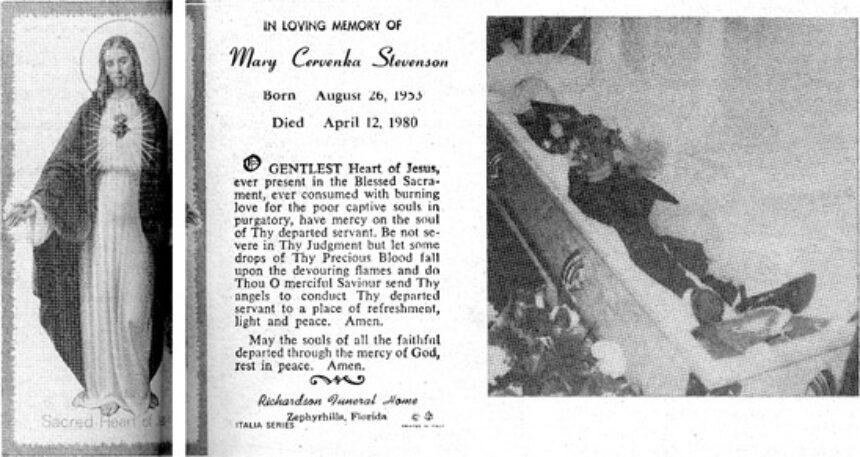 I postponed the funeral in order to premiere the film as scheduled. Afterward, at the Los Angeles airport, friends who had helped me with M’s luggage, gave me a manila envelope containing the diaries she had kept while in California. On the plane I was confronted with page after page of horrific images, carelessly, rapidly scrawled, alluding to car accidents, blood, and her own impending death. How does one absorb the concept of precognition into an adamant atheist cosmology? I thought of Little Rose’s final miracle: fulfilling her own prophesy that she would die at age 33 (just like Him). “Bet that bitch snuffed herself just to save face,” we had cackled as we read the tear-jerking finale of She Wears a Crown of Thorns. And now M at age 13 × 2. 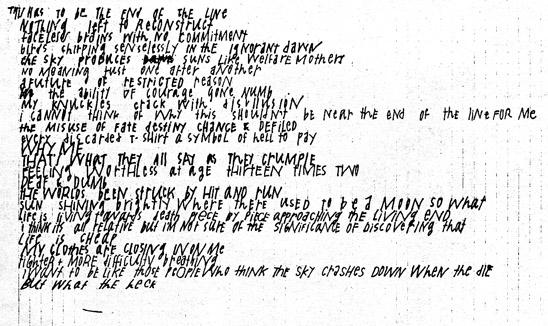 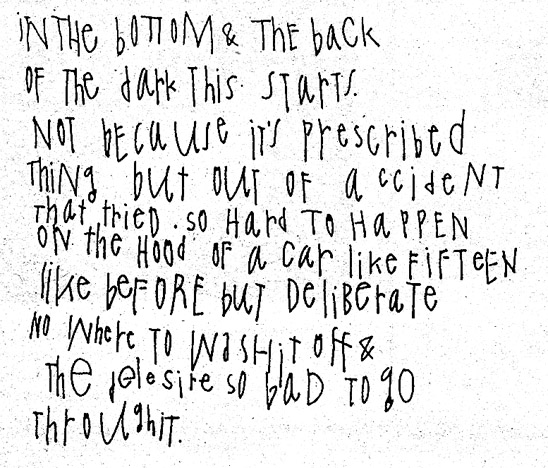 I have shown these poems to most of M’s friends and to people I have met since. Some offer no comment, but most posit a vague occultish explanation. More than once it has been suggested to me that our involvement with sacrilegious material set off a chain reaction of dark forces.

I refuse to accept that supernatural forces intervene in the casual occurrence of events. M was a poet and a pagan. The state of grace the poet inhabits must necessarily be a godless one. It’s not enough to tell the cracker and grape juice god to take a hike. Organized religious and/or mystical systems, however arcane, imply a degree of conformism, which I feel is incompatible with the poetic imagination. M’s self-styled cult of one consecrated its own absurd miracles, such as the appearance of 11:11 on digital clocks. The awe inspired by the miraculously coincidental has been repeatedly, purposefully misinterpreted by power structures to fossilize moral imperatives and rob us of our animality. The pagan offers an alternative to this superstitious god-fearing—awe can and should be appreciated as pure sensation. The coincidental death, the freak accident, the hit-and-run, rather than lend credence to a divine order, exist as a vindication of the virility of the poetic imagination. 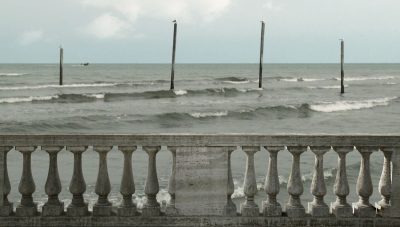 The story’s “contents” are spun from actual events: in August 1973, Klaus flies to Los Angeles to meet his then-partner, Lynda Benglis (referred to as “Her”), who was to drive cross-country with him back to New York. Instead, he drives back alone, lost in a disputatious reverie circling around language, Gertrude Stein, modernist literature, mapmaking, and the act of writing.