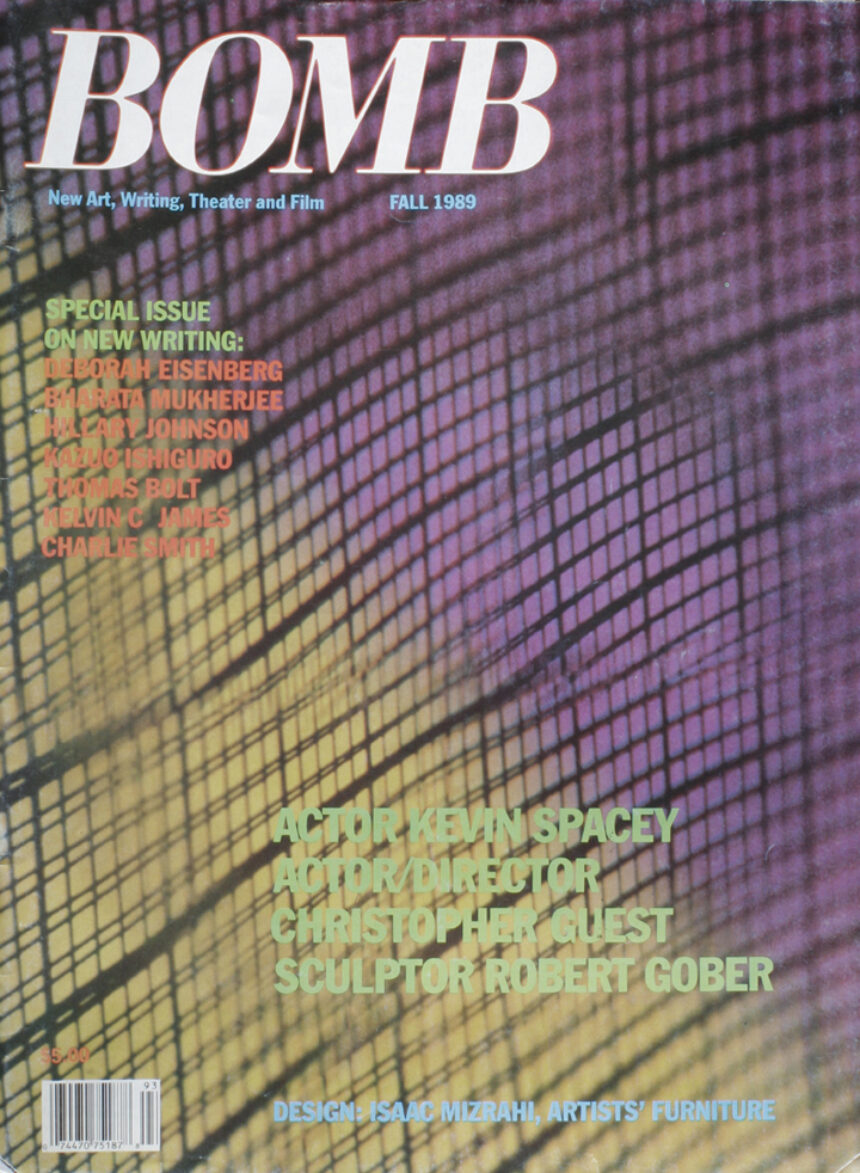 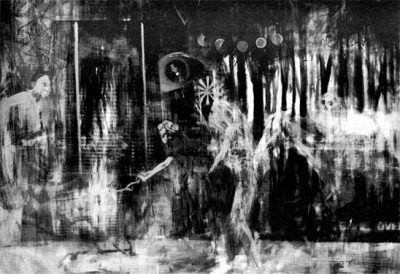 This fall sees the publication by Poseidon of Physical Culture, an extraordinary first novel by Hillary Johnson. A terse 140 pages, it is the first-person narrative of a masochist. It is no case study: “I didn’t do any research,” said Johnson. “I was not interested in writing about actual masochists. John [the narrator] is a psychological pastiche. The kernel of the idea came from reading about a 65-year-old man who died after leading an apparently normal, quiet life. They found his body covered with scars, from years of masochistic activity. That stuck with me, that sickly perfect integrity of purpose.”

The origins of John’s masochism are glancingly touched upon in the novel: as a child it is only when he feels pain that he escapes his excruciating self-consciousness. Later he discovers that sado-masochistic relationships allow him to be at ease, to feel as he thinks normal people must feel. Hillary Johnson: “The only time he can feel free of the oppressive presence of other people’s consciousness is when he’s engaged in violence with them. It’s the opposite of intimacy—the threat of intimacy is so difficult a thing for him to deal with that he can only feel relief from the anxiety when he’s being abused.”

John is a character hedged in by cruel ironies, and one of the cruelest is that the relationships he uses to feel free and at ease produce on the surface of his body such a grotesque profusion of marks that his obsessive thirst for concealment, initially purely psychological, is now given real point—he literally must conceal himself, for “beneath the knots and whorls of raised flesh, the worm trails of scar tissue, and the spotty green tattoos that weave across me like strains of fungus: beneath and between those wretched poultices, I stand white and smooth, resilient and moist, as if I have rolled myself over like a fallen log whose moist underside has been preserved by nutrients from the dirt … My nipples are rough and distended where they’ve been pierced. The left is covered by the livid brand of a heart; faint white razor lines spell DEATH TO THE ROTTEN BLOOD SUCKING PUKE LIZARDS … my chest is slashed beyond legibility and resembles the lacy grafted tissue of a burn victim; I know about the ground glass imbedded in my abdomen, and I feel it every time I lean against a counter … there’s a nondescript lump on my thigh where someone has buried a microfilm; my navel has been surgically altered to look like an embossed flower.”

An accountant in a mattress factory, John is forty-something when the novel opens, and about to retire after working at the same job for 25 years. He lives alone in a house in the suburbs so devoid of personality that it’s like a motel. All other aspects of his life are similarly depersonalized. “Masochist though he be,” says Johnson, “he likes total control. He surrounds his isolated incidents of masochism with a very machine-like life, militarily organized.” But in the days and nights of his last week at work two people enter John’s life and precipitate a crisis. One is Stephan, a man John used to know at an s-&-m club in the city called Physical Culture; the other is Liam, a hard-drinking young woman who operates a mattress-stuffing machine on the factory floor. The crisis will involve the violation of John’s “sickly perfect integrity”: the revelation to these others of the state of his skin. “Most people,” says Johnson, “have, if not scars on their bodies, scars on their souls. There’s always a fear of being exposed to another person. Generally the experience when these things are brought out has to be a letdown. John has built his whole life by magnifying his anxieties on a perversely majestic scale, but he realizes when he’s exposed that it’s not as meaningful to other people as it is to him. This turns out to have been the most horrifying possibility latent in the situation, that the exposure of his body of scars can’t be this grand apocalypse that he’s imagined. People are more puzzled by him than anything else.”

Does growth occur as a result?

“John loses as much as he gains. There was a certain integrity to his life, he’d perfected this secrecy. He loses that. He becomes more fragmented. It’s proven to him that all the meanings he’s ascribed to his pain don’t hold water out in the world.”

So he’s left with a task of reconstruction.

“At the end of the novel he’s starting to do that, and I think you can tell that the reconstruction is skewed and he’s already fabricating a fantasy.”

One of the novel’s many strengths is its subtle development of the idea of the skin as the final frontier between self and world. “Skin stands as a metaphor of cerebral defense, the feeling of being scarred, the feeling that scars are ugly and to be hidden, that they would frighten other people. It’s a metaphor for feeling that way about one’s self.” At one point John yearns to withdraw even from the skin: “I’d love to have a zipper in my abdomen … I’d love to live in there, bleeding profusely, in the threads of molecules, and feel nothing but cell against cell, burnishing each other into reproductivity … I want to soak in my lonely, atomic brain and sob through a hole in my head. I want to live as a warm pool of blood—a close, warm, unafraid darkness of blood.”

So, secretive as his life is, John wants to retreat to an even more secure citadel, at the deepest organic level. “He is ambivalent about these things,” says Johnson. “He has basically attacked his own skin, and at the same time that he’s interested in concealment he’s also interested in tearing through, tearing open that skin. He’s afraid of his own isolation. Whether he knows it or not, the kind of intimacy he has with other people has to do with cutting open the skin and seeing what is under it.”

“No more than most people. Just about everyone is able to fantasize and reconstruct their own lives in a way that differs from the bare facts to an amazing extent. He’s not all that unusual. He’s an extreme case of something, but not extreme in the sense of mental illness … John is terrorized by the mind-body dichotomy. What he does is try and integrate the two, by escaping from the one through the other. He’s not unlike a health fanatic in this.”

Wilde’s Picture of Dorian Gray is perhaps the most vivid literary instance of this sort of hideous imprinting of the self’s grotesquerie on the outer man, though there of course it’s Dorian’s portrait in oils that rots with each successive sin. There’s an incident in Physical Culture that also evokes a distinctly Kafkaesque note, when John, late at night, breaks into the factory and does himself some harm with the needles of Liann’s mattress-stuffing machine. “In the Penal Colony” is Kafka’s 1919 story in which the words HONOR THY SUPERIORS are to be quite literally inscribed upon a soldier’s body by a terrible machine with a glass harrow fitted with needles, a story probably inspired by the writer’s 14-year stint at the Workers’ Accident Insurance Institute in Prague. In a letter to Max Brod written in 1910, Kafka says: “Everything I possess is directed against me; what’s directed against me I no longer possess … I consist of nothing but spikes that go into me, if I try to resist and use force, it only pushes them further in.”

“Influence is less descriptive than infection,” says Johnson. “Writers who changed me (Dostoyevsky, Genet, Burroughs, Baldwin) did so less through their positive presence than by the antibodies left behind once I recovered. But it definitely has to do with inversion.”

Physical Culture is a spare, lean book in which the dominant metaphor-generator, not surprisingly, is the body itself. Johnson’s control is impressive; the book is as pleasing in formal terms as it is fascinating in its depiction of John’s person and situation. His self-consciousness is almost exclusively body-related, and he sees, too, his house, his truck, his clothes, the city, the suburbs, in primarily organic terms. “I wanted to restrict the imagery to flesh, basically,” says Johnson. Examples are legion: “The spores of my deprecation, kept dank and dark for so long, have sprouted on my skin like mushrooms”; “This perpetual incontinence of the brain. With me, memory is a sensual thing—a virus that hides in my spine and erupts under stress”; and perhaps the most striking instance of John’s mind-body problem: “My hands are hot from the phone—no, it’s a thought, but one that’s started in my hands instead of my brain. It can’t be a very good thought, I realize, if it’s so wary of being recognized. Oddly enough, my brain is too squeamish for these things—as if wringing my hands could shake them out. If only I could peel back my fingernail and pull out the thought with a pair of tweezers.” A brain too squeamish for its own thoughts!

Hillary Johnson was born in Burbank and moved around a good deal as a child. Her current US base is Portland, Oregon, but she lives in Bhubaneshwar, near Calcutta, with her Indian husband, and occupies two rooms in the offices of the Orissa Sponge Iron company. “I like to feel outside looking in,” she says. “Living in India, one’s perceptions are much more vivid, one is completely disenfranchised. I’m liking it a whole lot, though I wouldn’t wish it on anyone who wasn’t a writer.”

Will she write about India?

“No. I suppose I could write about an American in India, but I don’t find that particularly interesting.”

Patrick McGrath is a contributing editor of BOMB. He is the author of Blood and Water and Other Tales and The Grotesque. 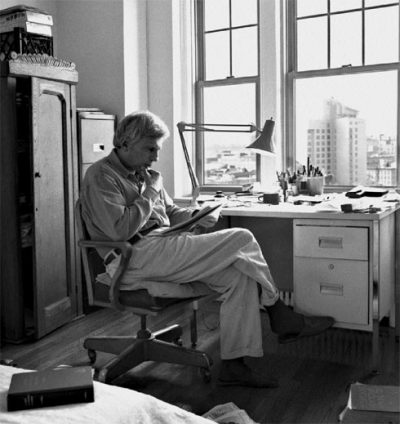 Both first-rate novelists, Frederic Tuten and Jerome Charyn grew up in the Bronx, meeting as teenagers at the home of Fay Levine, the Bronx’s own Elizabeth Taylor. The two reminisce after the release of Charyn’s novel The Green Lantern.

Kathy O’Dell’s Contract With the Skin: Masochism, Performance Art, and the 1970s by Coco Fusco 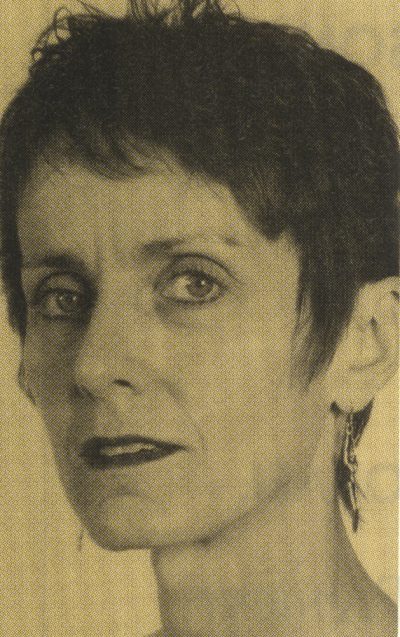 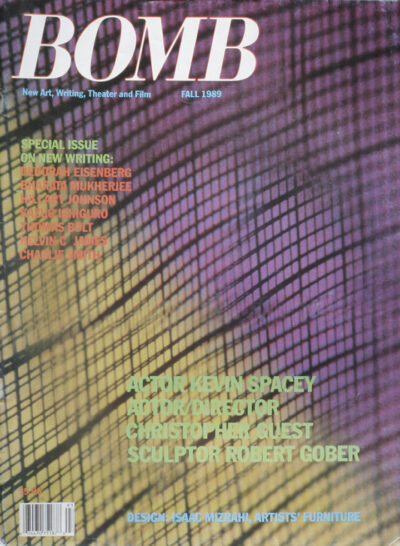