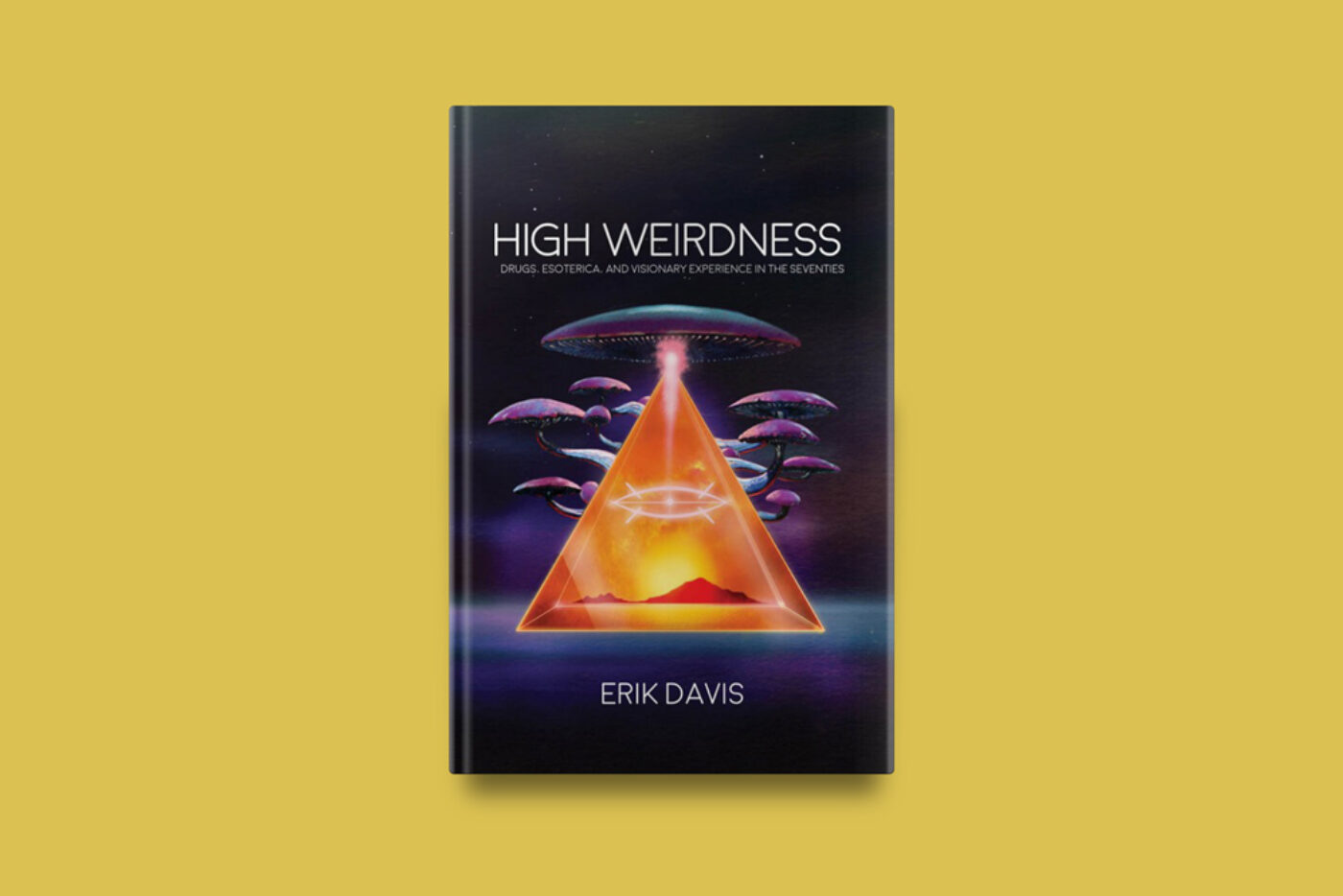 Erik Davis’s High Weirdness: Drugs, Esoterica, and Visionary Experience in the Seventies (MIT Press) is a very cool book. Which is to say, either rife with hidden meaning, or else, about absolutely nothing at all—a kind of erudite joke on the student who longs, with the assistance perhaps of a favorite consciousness-expanding stimulant, to understand. No doubt, however, that if a joke, it is undeniably a serious one. The 400+ footnoted pages present the exploration and even literary recapitulation of some of the more far-out mental exertions of three of 1970s California’s most committed and borderline sane “psychonauts”: Terence McKenna, Robert Anton Wilson, and Philip K. Dick. The supreme tension between fine-strung meaning and risible nonsense is, in a way, exactly what occupies the core of High Weirdness.

Even if you are a reader who feels a reflexive avoidance toward the phosphorescent esoterica of 1970s head culture, or are not currently an LSD enthusiast, there is still a good lot that can be derived from Davis’s pellucid prose and wider cultural perspectives. (Pellucid prose, it turns out, is an excellent quality for a book about drug-induced consciousness to have!) Davis, a one-time NYC rock critic turned professor, has been thinking over the works and lives of his subjects, and the subject of weirdness, for some time now, the origins of his latest book dating back to a mid-’80s undergraduate thesis at Yale on “The Postmodern Gnosis of Philip K. Dick.”

As Davis’s comprehension of “PKD” (the acronym bestowed by fans of the much-celebrated and infamously troubled author) matured, so too has Dick’s own cultural pervasiveness. As the passage of time has thrown the prophecy-riddled writings and quasi-scientific aspirations of McKenna, Wilson, and Dick into clearer relief, so too have their respective projects found deeper resonance with the mainstreaming of Internet consciousness and all the stimuli proffered here. Cue the theme music of “consciousness culture.”  As Davis writes: “Contemporary technologies are, literally, mind-manifesting. Consciousness, consensus reality, and even matter itself are increasingly shaped—warped, shattered, expanded—by their use.” The kids today by and large know this; what’s more difficult is conceiving of existence without it. Nobody at a big tech company will be surprised to hear that the web is the headiest drug of them all.

A constructivist, or someone who believes that the essence of consciousness is created and not inherent—the centrifugal self is a term coined within his pages—Davis eschews the strictures of pure rationalism; such is the ethos that High Weirdness imparts to the reader. While Davis does trace his subjects’ sources of inspiration in studied detail and relays the extremity of some of their writing, he also takes great pains not to outright dismiss the import of their projects, or opt for easy-to-box-away categories. All this goes back, yes, to the 1970s, or the “undecade,” for its unraveling of ’60s idealism but also the further tearing asunder of the white patriarchal heteronormative template that demanded conformity in its own image. “Indeed, liminality is a key characteristic of the early seventies,” Davis writes, setting the scene for his scholarly expedition.

William James, Bruno Latour, and Ann Taves all step into view along the way, but so do Aleister Crowley, Robert Crumb, and Thomas Pynchon. That is hardly a comprehensive list; Davis throws a wide net. And to shift the meaning of the word in “tricksy” fashion (“tricksy” being a pet adjective of Davis’s), nets or networks come to the fore again and again. In one way or another, all of Davis’s psychonauts arrive at the perception of a nonhuman intelligence beyond their ability to fathom, and multiple of the subjects (Wilson, Dick) fixate on the notion of a network as the great and all-powerful firmament. No coincidence, then, that at just this moment in California the rudiments of the modern Internet were taking root. Concluding his section on Wilson, Davis writes:

The term network puts a technical spin on the benign conspiracy of friends and family … a “synchronicity mesh” that does not tell stories so much as build a matrix of implications distributed non-hierarchically throughout spacetime. Of course, such a lattice can appear oppressive as well as liberating and loving; one person’s blissful realization that “everything is connected” is another person’s terrifying glimpse into the locked grooves of a cosmic prison.

And yes, a “synchronicity mesh” enabling a “benign conspiracy” that individuals might experience as oppressive or liberating: who could argue with that as a definition of how individual consciousness is constructed in the modern day, or as what individuals immersed in the web would understand to have shaped their consciousness?

What makes McKenna, Wilson, and Dick remarkable, Davis suggests, is not the uniform worthiness of their projects or the fact that each somehow reinforced the findings of the other by way of delivering crystal clear prophecy forty years into the future. Rather, he shows that all three were, in a sense, performing the part of the solitary genius, or visionary, at a time when the notion of the solitary anything was set to be inundated by the network, the hive mind, the collective: the heroic individual engulfed by the universal. Immersion in the universal is one way to describe a psychedelic experience, while the full experience of universality for the individual mind must finally be death itself. The nice thing about a psychedelic experience, apparently, is that in going there you have the opportunity to return. Even if changed. Or not quite as you were.

Although to lesser and greater extents, McKenna, Wilson, and Dick all caused themselves psychic injuries by serving as guinea pigs to their own visionary forays (their alienation might be deemed a weird thing to call privilege then), Davis acknowledges that perhaps it was only straight white men at that moment in American history who would believe their own personal confrontation with the abyss must be of sustained literary interest. Interest, anyhow, is what Davis finds, both in the interweaving themes and synchronicities of his subjects’ texts, but also in what each individually experienced while writing their work and in the aftermath.

The surprise waiting at the conclusion of High Weirdness is today’s mainstreaming of LSD culture—microdosing so prevalent at the workplace as to be deemed a fad—and the sort of mental grappling with what is and isn’t true that can now be found … sigh … everywhere. Are facts facts? Is your love real? Look, if you will, to the Internet, and see what you see when you scroll through your multifarious feed. As with Oz’s great screen you can project any sort of belief you want onto its nonhuman zeros and ones, even if somewhere nested within, beyond, or through its godlike lattice must be another human consciousness in perfect complement to your own. Or so we have to hope.

J.T. Price has lived in Brooklyn since 2001. His fiction has appeared in The New England Review, Post Road, Guernica, Fence, Joyland, The Brooklyn Rail, Juked, Electric Literature, and elsewhere; nonfiction, interviews, and reviews with The Los Angeles Review of Books, BOMB Magazine, The Scofield, and The Millions. He is an Editor-at-Large for Epiphany a Literary Journal. 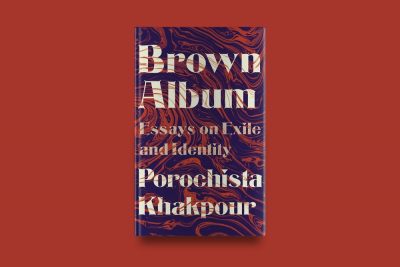 The writer on her new book Brown Album, personal essays, camp as armor, the hyperreal, and designing her own Barbie.

The writers on their debut short story collections, artifice as truth, and how music can teach you to write a sentence.