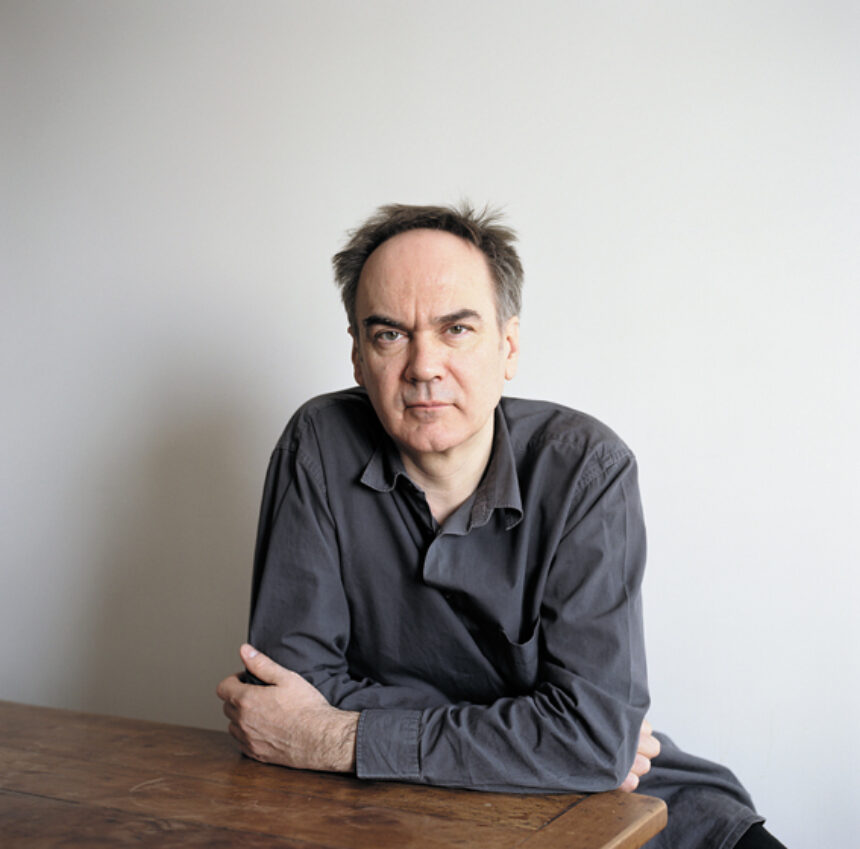 Two playful new books by Oulipian Hervé Le Tellier have arrived this year, which marks the 50th anniversary year of the Ouvroir de littérature potentielle, or Workshop of Potential Literature. Le Tellier—also the secretary of the group, a journalist, mathematician, food critic, teacher, and regular guest on a French cult literary quiz show—has written these wonderfully elegant permutations of love and its attendant complications.

I spotted Enough About Love on the front table at Three Lives & Company last night, ready to be snatched up as spring comes upon us. It’s a French intellectual sex romp, an updated Bob & Carol & Ted & Alice if they had Lacan, Queneau, and Barthes on their analysts’ shelves, and you were to add a few more characters into the mix. Instead of purporting “what the world needs now is love, sweet love…” the book begins with a warning: “Any man—or woman—who wants to hear nothing—or no more—about love should put this book down.” Fluidly translated by Adriana Hunter, Enough About Love graphs love’s disruptive geometries in a playful manner, at points making use of double columns, villanelles, and obsessive catalogues. If you, like me, prefer your erotic lit to be structurally stimulating on several levels at once, you’ll enjoy unfolding this scaffolded novel.

Translated by Le Tellier’s fellow Oulipian Ian Monk, The Sextine Chapel is a more nakedly laid-out series of sex scenarios, each in a half-page of prose. Proceeding through a kind of spirographic, tag-team dance card, one member of the first amorous pair goes on to engage with someone new on the next page, who, in turn, carries the torch on to the next tryst and so on. An authorial chart maps who has made love with whom in a visual logarithm of geometrical constraints, heterotextually Lucky Pierre-style. An alphabetical crisscrossed roster of named bodies takes turns making love with each other, handing off the generated erotics to the next set of lovers until a sextile web of specific scenarios is replete with who, what, when, where, and how the sex act is evolving. Le Tellier teases out the erotic space between intellectual bodies getting it on in a kind of mathematical chapel of love: “After lovemaking, the first person who speaks always says something dumb…” Like a book of poems, the book is easy to pick up and enter into at any page and at any point. You also might pick up a few pointers on how to do it in a new way.

Lee Ann Brown’s poetry books are Polyverse and The Sleep That Changed Everything. She teaches at St. John’s University and recently co-curated a Conference on Constrained Poetry for the University of North Carolina at Asheville.

Monsters of the Deep by Elissa Schappell

This First Proof contains the short story “Monsters of the Deep,” by Elissa Schappell.

Use Me by Elissa Schappell

His wife had ice cream cone breasts and was given to fits of crying which she did alone and in the shower.