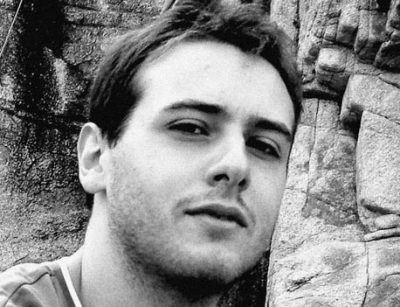 For a year Willie lived on the streets, near the Gare du Nord, and in squats where crackheads lived. He’d learned to spit on the system.

He became a type. First he shaved off his hair, and started to hold his head up; he had a strong chest, beautifully defined. He’d call himself an artist, meaning an outlaw. He’d say he was writing some piece, he’d say he had works in progress, shit going on. A kind of installation, like the performance artists he came across in squats. My guess is he wanted to shout words while some rockers did their thing. But there were no rockers anymore.

He was living out a mythology he never quite got the hang of. He wanted tattoos, a band, a look, like those pictures of James Dean or Tupac that are sold illegally in the metro. He liked those. No one knew much about him. In real life he was all alone. He always said the opposite, of course. He never went out with anyone. He had this rehearsal space where they let him crash, he had his blanket. He’d have liked to own a pet rat, but he never found one. He stuck to northern Paris. “’S all good,” he’d say, “’s all good. I’ve got shit in the works.” Even the lingo he used was borrowed. He drank beer. It was obvious he didn’t like beer. He was surrounded by bums. Washed-up punks, a couple of baseheads, nobody friendly. He was a nice kid, shy, he scratched his head, he shaved when he could. He panhandled.

Later he became a somebody, but he was nobody then. I don’t think he even realized that things were not working out. He clung to this idea that he had friends, that he had a project, none of which was true. He came from the provinces, he wasn’t a musician, he wasn’t a writer, he wasn’t anything. With his face he might have been a model. He had this way of looking down and scratching his head. I knew Pierre, who knew the guys who ran this bar, who knew people at the rehearsal space. I was looking to do a profile, something original, for the little paper, something about a guy living on the margins who was slightly ridiculous.