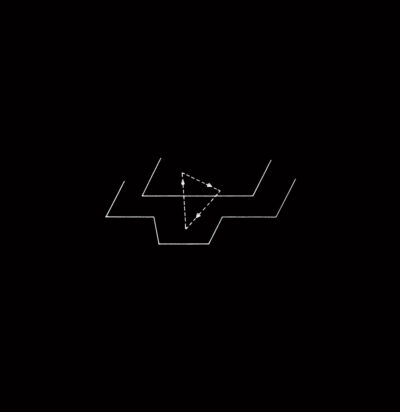 “Nothing provokes meditation more than absence.”

—Brian Stock, in a conversation with the artist in the artist’s studio on February 25, 2007

While I was thinking about my own death when creating Memorial to a Marriage, a three-ton marble mortuary statue, I found someone else’s life. Harriet Hosmer (1830–1908) moved to Rome in 1852 when she was 22 years old, apprenticed with British artist John Gibson, the leading neoclassical sculptor, and very quickly hung out her own shingle and became known as the first professional woman sculptor. Hosmer lived within a lively Anglo-American expatriate community of writers and artists, as well as a circle of “independent women.” In her time, she had a prominent career: she was critically acclaimed, financially successful, and exhibited in all the international exhibitions, much like our biennials now. She was infamous. Yet today, although her works are in the collections of the world’s best museums, she is largely unknown.

Who gets written into history? Who is forgotten? What are the conditions under which eradication can occur? These are some of the questions my Harriet Hosmer Catalogue Raisonné asks.

The Hosmer Catalogue Raisonné is made by hand. Each of her neoclassical marble statues is represented by a monochromatic watercolor. Because of its transparent properties, watercolor is the perfect medium to represent the luminosity of marble—how light penetrates the surface of marble, swirls around about an inch below the surface before it bounces back out. The watercolors are arranged in chronological order and are interspersed with ghost images of what the London Art Journal, the Artforum of its day, called Hosmer’s crowning achievement: a lifesize marble statue of the last Queen of Naples. Since only written descriptions of Hosmer’s lost masterpiece remain, I’ve grappled with how to visually represent something I cannot see. Living in Rome for a year surrounded by Catholicism, opulent churches, mysticism, stories of miracles and saints’ lives helped me shape the answer: an apparition, a phantom for a missing statue, a lost career. 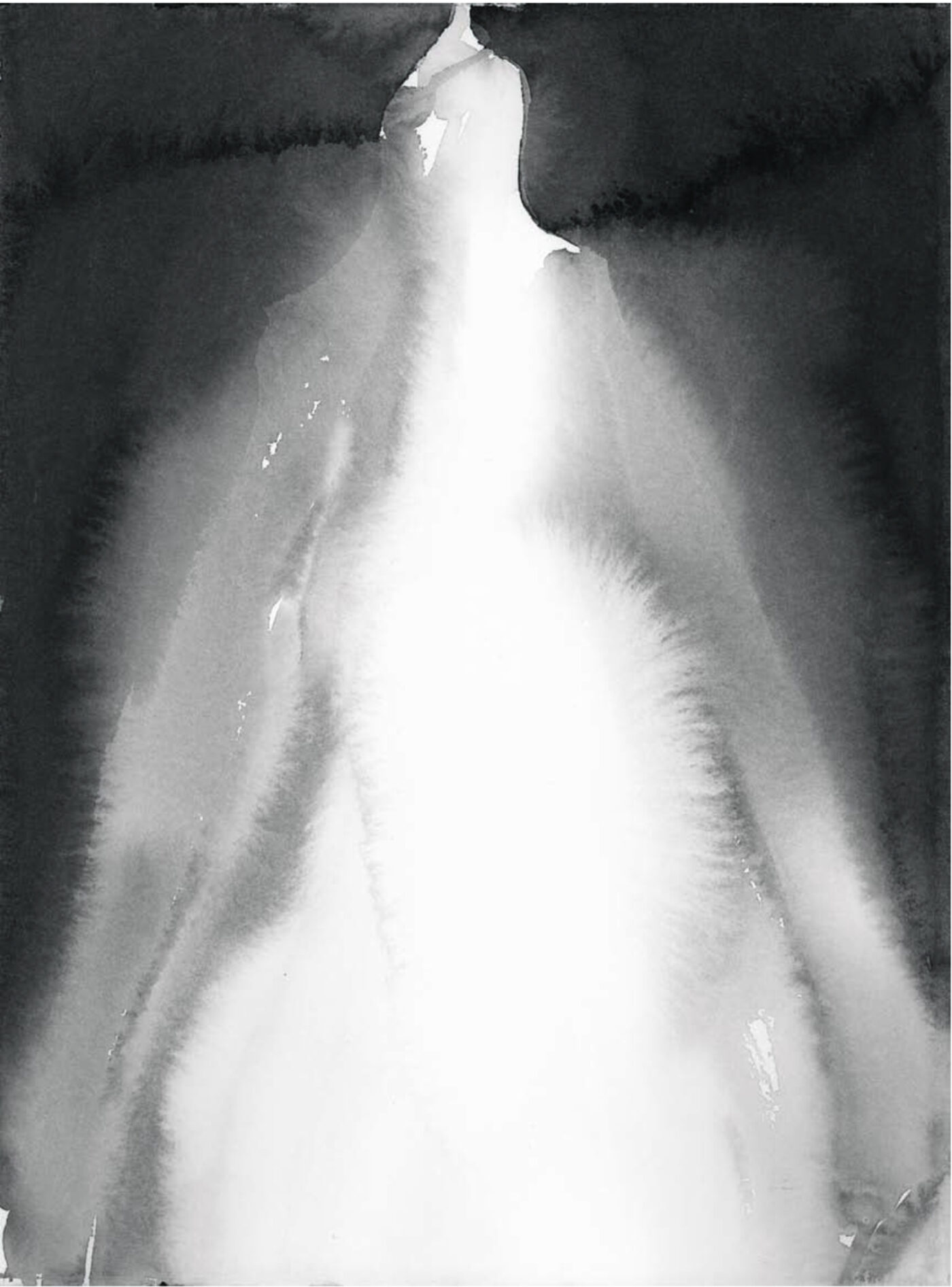 The Queen of Naples is the second of three full-size statues of female sovereigns Hosmer chose to represent over the course of her career. Her first was Zenobia, Queen of Palmyra (1859), followed by the Queen of Naples and her final work, Queen Isabella of Castile (1891–94).

The Queen of Naples is the only full length portrait that Hosmer modeled from life. It is unclear if it was commissioned or ever purchased. Although The Times said, “It will be considered her masterpiece,” its location is unknown. No visual documentation of the statue survives, only numerous accounts in newspapers, art magazines, and personal correspondence. Thus, there are conflicting reports about the work’s progress. Whether it was ever translated into marble or only realized in clay remains a question. Did the Queen of Naples ever assume ownership of it? It was last seen in Hosmer’s studio in 1872 and, although art historians have speculated that it returned to Germany with the Queen, its last known location was Castle Ashby, the home of the seventh Marquess of Northampton, Northamptonshire, England in 1891.

Maria Sophia (1841–1925), a Bavarian Bourbon princess, married Prince Francis II in 1859. When his father, King Ferdinand II, died, they ruled the Kingdom of Naples and the Two Sicilies for a brief period. Garibaldi, on his campaign to unify Italy, invaded Naples in 1860. The King and Queen of Naples fled to Gaeta and it is here that she became famous for her acts of courage. Her husband, by all accounts, was a terrible leader. He had no military training, and was insecure and indecisive. Instead, she led the troops at the siege of Gaeta (1860–61) exhibiting great bravery. She instantly became a heroine to European royal women and developed a cult-like following. Garibaldi and Victor Emmanuel II were victorious. With the imminent unification of Italy, the Royal couple lived in exile in the Bourbon-owned Farnese Palace in Rome with the permission of the Pope. It was during their stay in Rome that the Queen became friendly with Hosmer, who began a life-size marble statue idealizing her most heroic moment on the battlegrounds of Gaeta. In 1870, with Italian unification official, they fled Italy forever.

Hosmer indicated her increasing interest in the position of women in the world by portraying a real-life heroine assuming a traditionally male role as a military hero. According to the various descriptions of visitors to her studio detailed in the press and letters sent home from travelers on the “Grand Tour,” Hosmer had posed the Queen in her costume of that time, with a long billowing military cape enveloping her. She stood erect, her handsome head thrown back, with a look of both disdain and resolution on her face. Her luxurious hair is braided and woven like a crown on her head. One hand is placed proudly on her breast as the cloak continued thrown over her shoulder. The other arm points downward to a pile of cannonballs at her feet, adorned with modern riding boots reminiscent of ancient sandals. A pedestal takes on the appearance of a battleground. It was common knowledge in smart circles that Maria Sophia visited Hosmer’s studio often to pose for the statue so that the likeness be perfect. It was rumored they were romantically involved. 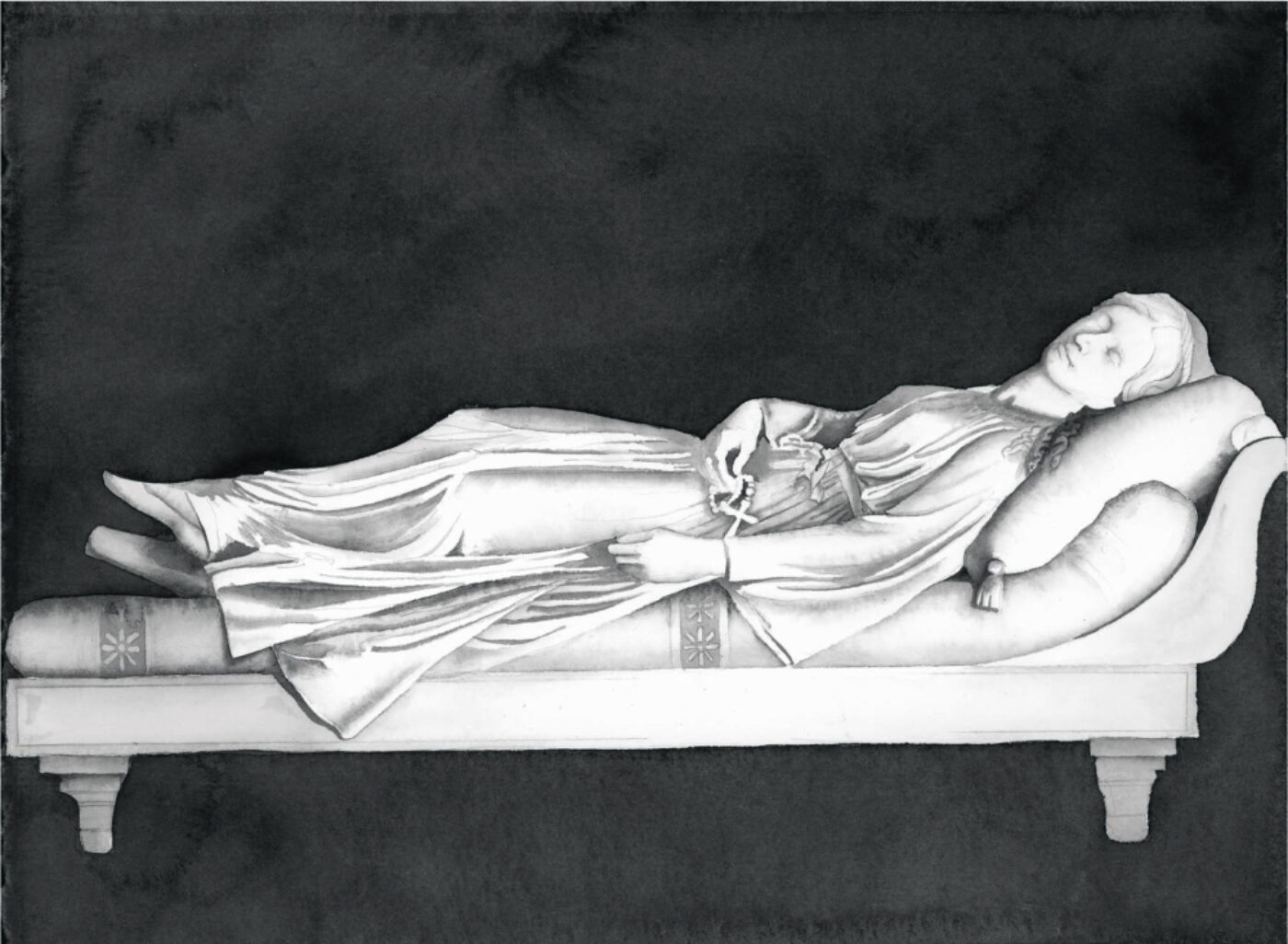 The Tomb of Judith Falconnet is the first artwork by an American artist, male or female, permanently installed in a Roman Church—Sant’ Andrea della Fratte—and the only example of funerary art in Hosmer’s oeuvre. Hosmer was raised Protestant, and it was unusual for a non-Catholic to receive a commission for a Catholic tomb. It was equally unusual for a woman to receive a funerary commission—these were not only the most prestigious (they were public, and eternally on view), but also the most lucrative.

Ms. Falconnet’s identity and the cause of her death are unknown, as well as the reasons for Hosmer’s being awarded the commission. The church served a largely non-Italian congregation. Ms. Falconnet’s mother was English, and historians have speculated that John Gibson may have played a role.

The tomb is one of 35 monuments to the dead in the 17th-century church designed by Boromini. It is located in the St. Francis de Sales chapel: it has a central polychrome altar, an 18th-century altarpiece, and a seated, life-size marble effigy of Cardinal Pier Luigi Carafa on the left wall, which has two winged skulls in the corners.

On the right wall above eye-level is Hosmer’s white marble tomb sculpture of 16-year-old Judith de Palezieux Falconnet. An arched background panel of darker marble contrasts the virginal figure that is lying on a Roman daybed as if she were taking a nap. Her simple sleeping gown has horizontal geometric folds; one hand holds a rosary, and the other rests by her side. Her legs are chastely crossed. Her barely formed eyes blur the boundary between sleep and death: eternal sleep. It is rare to depict a solitary female figure, especially an adolescent, without parents or spiritual attendants to assist in the transport from earthly to spiritual life.

Hosmer’s spiritualism and the neoclassical tenants of restraint reject baroque depictions of religious ecstasy and replace them with a minimalist, peaceful transition from this life to the next.

The dignified simplicity of the tomb is devoid of the ornamentation of Renaissance tombs and contrasts the baroque splendor in the St. Francis de Sales Chapel and the entire church.

Death was real for Hosmer. Four members of her immediate family, including her mother, had died by the time she was 12. Hosmer had lost her 14-year-old sister when she was 12, and a little more than a decade later, she was sculpting the dead body of a 16-year-old girl. This must have contributed to the solemnity and dignity of the pose and composition of her design.

Patricia Cronin has had solo exhibitions at Deitch Projects and Brent Sikkema in New York. Her first book, The Zenobia Scandal: A Meditation on Male Jealousy, is forthcoming from zingmagazine books and will be included with issue #22 of zingmagazine.