The art of animation and automatons. 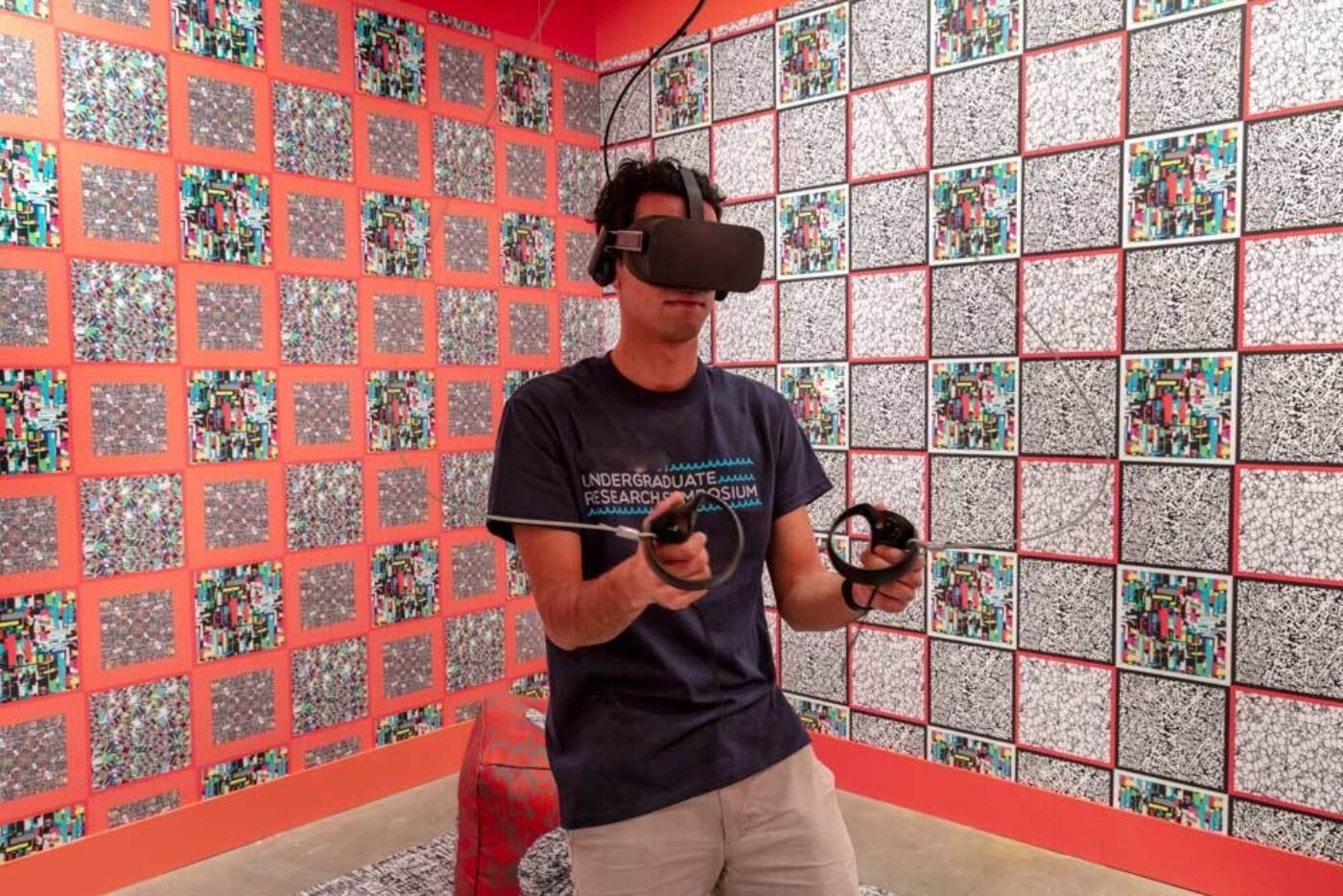 I first encountered the work of Claudia Hart in 2009 at the now-defunct (but much beloved) Jack the Pelican gallery in Williamsburg, Brooklyn. That work, a video piece titled Ophelia, was a single static shot of an inert 3D-animated female figure suspended underwater; it seemed to connect the dots between digital art, painting, and sculpture in one simple and direct composition, and it made me an instant fan. Since then, Hart’s work has expanded in scope and technological complexity. We didn’t actually meet until several years later, on the occasion of her projection-installation The Dolls House at Brooklyn-based Transfer gallery; shortly thereafter she invited me to participate in her collaborative online/exhibition project The Real-Fake. Even though Hart resists being called an “animation artist,” the complex flux and interchange between material and virtual “objects” across her bodies of work are for me perfectly exemplary of an expanded digital moving-image art practice.

Sean Capone I’d like to start by discussing the new version of the installation The Flower Matrix (2017) as part of the group exhibition Paradox: The Body in the Age of AI at Carnegie Mellon University. Can you give a quick breakdown of what this is?

Claudia Hart The idea of The Flower Matrix is to create a lounge for viewing virtual reality. What this means is that you experience the immersive experience of VR in which you walk into a simulated environment and feel, phenomenally, that you’re in it. I wanted to bring that a step closer to the real world. What’s interesting about the simulation technologies that I use as opposed to traditional “flipbook” animation—because I don’t think what I do is animation but more like simulation—is that the experience of 3D environments is a phenomenal experience, a trompe l’oeil experience. When you build both a physical environment for viewing it and a virtual environment, you feel like you’re in a realm halfway between real and unreal. You’ve entered this “gateway zone,” which is a kind of fantasy, imaginative, or Heaven-like dream space, and in that space you build things, and you set physical processes and allow them to take on physical properties as real objects do in the real world, and then live their own lives. This is a totally different relationship in terms of hand-drawn animation, which is more of a subject-object relationship.

SC But in 3D animation, you’re not drawing things either. You use automated processes to give the appearance of space and movement. Isn’t that already a rupture from traditional animation?

CH I think it’s something else entirely depending on what you emphasize. I don’t consider myself a “character animator,” but I do work with digital bodies. I work with physics. I’m not actually interested—I reject out of hand, actually—the old-fashioned animation strategies of tweening and creating “good” animation. What’s amazing to me is creating automatons—giving them life to go and do things on their own. Instead, I set up physics environments in which the bodies are acted upon by forces. There’s very little traditional animation involved. I mix simulations technologies with motion capture. I capture motion data with sensors attached to real bodies and submit those to physical simulations. It’s closer to making robots than to making a flipbook.

SC In a way you’re still an “animator” but one who skips the history of cinematic animation in order to go back to the original sense, the alchemical concept of animating or simulating life: Frankenstein, the golem, the homunculus, that kind of thing.

CH Exactly. And I think you could trace the history back to eighteenth-century automatons and early robotics. All of these things I was fascinated by before I did 3D. 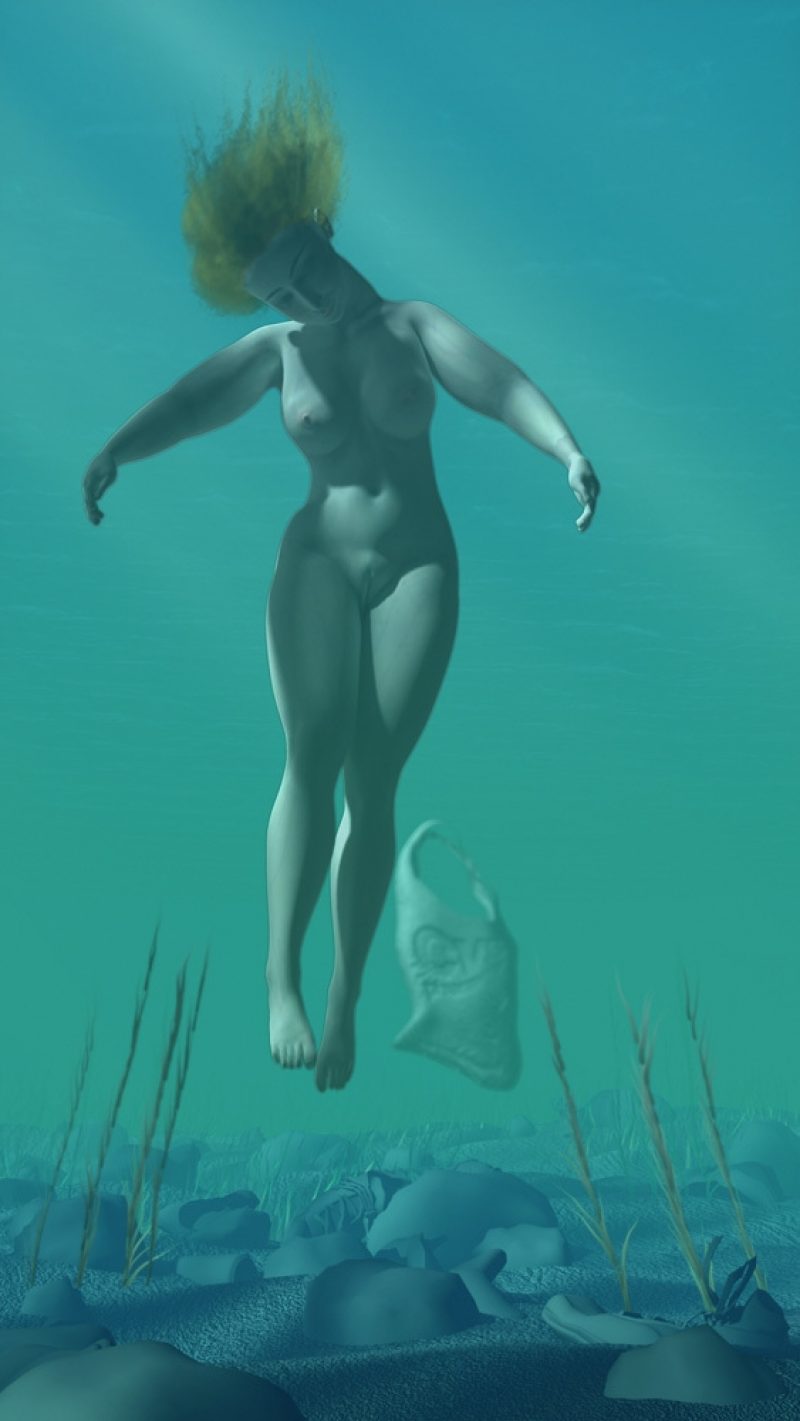 SC Fairytales and mythology informed a lot of your early work. The first piece I saw of yours was Ophelia (2008), which is a single shot of a 3D-rendered nude woman, suspended lifeless, floating underwater.

CH Well, I started working about thirty years ago, so I was an “intermedia artist.” I started as an object maker. I would do these performative environments where I would appear in images as a character. I was involved with tropes from Romanticism and the nineteenth century. Ophelia was done with 3D and simulation, but I’m talking about work that I did with Pat Hearn Gallery when I was in my twenties. I was a kid whose mother was a left-wing intellectual, so I wasn’t allowed to watch television. Cartoons were totally forbidden. I never looked at anything like that, and I still find them sort of horrifying. I went from reading texts inspired by Rousseau, Lord Byron, and Frankenstein in my early shows, directly into simulations. So I don’t feel any connection to the traditions of animation.

SC You’re coming from more of a theatrical and performance approach, not just screen-based work.

CH First I’d like to explain what I mean by simulations, or “Simulism.” In one of my classes we had the same discussion. I’m not part of the animation thing. I don’t want to teach cartoon walk cycles, and the students I have don’t want to do that either. In my class we came up with the word “Simulism,” which sort of nails it, because it sounds like Impressionism or Futurism.

CH I know! The idea of simulations technology is that you’re dealing with an interface, which is a liminal environment. When you use it you feel like the interface is an actual gateway for the XYZ-coordinate, theatrical space that you can look into. You become a cinematographer for this simulated theater; you shoot it, then you “render” all these frames—another alchemical process, like rendering fat—and that becomes a movie. The whole process is alchemy, and the relationship to “drawing” and “flatness” is null.

SC So you break through the fourth wall, the proscenium, which describes the experience of the work, but what of its real-world affect once you zoom out again?

CH We should talk about the psychological and perceptual effects in culture that have been made possible by these scientific visualization tools, which were themselves originally used for flight simulation, for simulating illness, weather models, or architecture, and so on, and are now being used to make games and movies. We have this stuff that looks like real photography but is almost totally fake—it’s simulated. This creates another idea about what might be real or what is not-real. These are profound questions that have come up totally with our current president, with the last election, and all the crises happening on the internet—questions enabled by digital filmmaking technologies concerning what is truth and what is not-truth.

SC You’re proposing that these visualization technologies have contributed to the crisis of truth and “consensual reality?” I remember this was a serious discussion in new media theory: that seamless digital fakery would be used as false evidence, as propaganda.

SC There is the liberatory aspect of it, right? We wanted to demolish the idea of a dominant culture. But how? These tools are in our hands too, as artists, and we’re really good at using them.

CH Yes. We’re experiencing a moment of technological explosion, of advancement due to digital technology in which we can simulate for futures. Experimental, quantum physics says, “What you imagine is real.” These are scientific, theoretical ideas about the shifting of the “real,” and at the same time we’re experiencing the breakdown of institutions. So, people are anxious about the crisis of what’s real, and what we’ve experienced with Trump and how he took the election by manipulating truth and the news.

SC I want to talk about the visual evolution in your work over the last decade. You’ve moved away from verisimilitude and more into a flat, videogame visual space, with flat lighting and strobing patterns.

CH The Flower Matrix, for instance, is a metaphor for the interweb, but it’s also about “casino capitalism.” It’s like going into a casino. I lived a chunk of my life when I was a kid in Reno and Lake Tahoe.

SC I had no idea. This is so important to understanding the look of your work. A casino is also a weird kind of liminal, over-sensorial environment you enter into and disconnect from the outside world.

CH I lived in a lot of places like that when I was a kid. For The Flower Matrix I took the icons, emojis, and computer symbols for power, money, and addiction, as many as I could find. And I made these strobing, flickering algorithmic patterns and created a virtual labyrinth out of Greek mythology, the labyrinth of the Minotaur. I made five species of flowers, and I covered them with the strobing patterns for power and addiction. It’s sort of a nightmare of consumption, but also of Heaven. It’s a topsy-turvy “Alice” world; and, actually, if you do make it out you get enveloped in a deep fog and popped back to the beginning. You can never get out.

SC Come to think of it, in your work, there’s a recurring theme of imprisonment: the labyrinth, the statuesque female bodies that seem petrified or are dissolving into nature. And a casino is quite a captive environment.

CH I think it has something to do with dying, or transcending the constraints of the body. It also has to do with the fact that I have parathyroid disease. My body doesn’t produce calcium, potassium, magnesium … I have glass bones. As I’ve aged, I’m getting twisted. I have arthritis, and I am in pain a lot. I do a lot of body practice. So I think that much of this work is about the prison of the body, how you transcend the limits of the body.

Claudia Hart’s The Flower Matrix can be seen in Paradox: The Body in the Age of AI at Carnegie Mellon University in Pittsburgh until February 3.