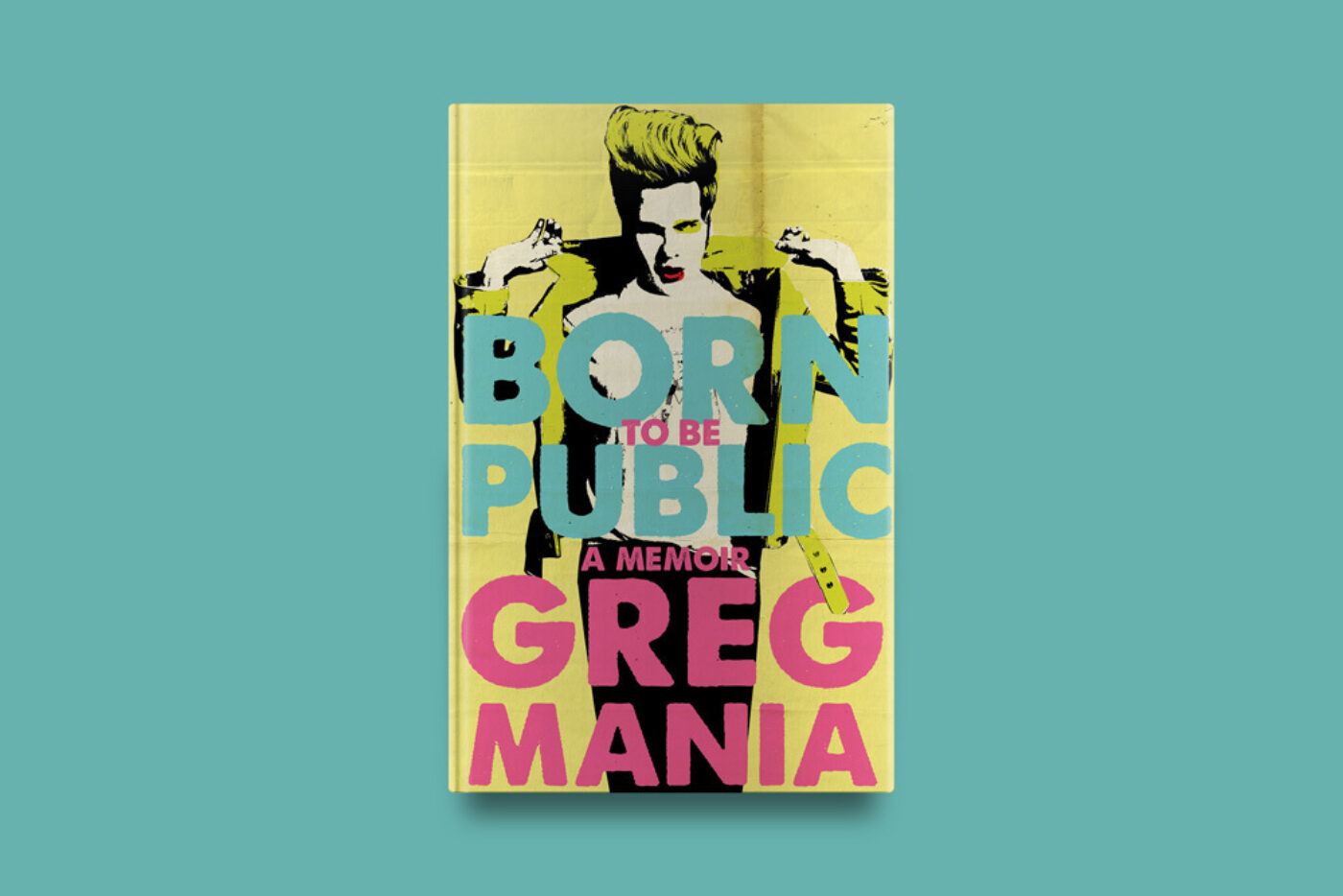 It comes as no surprise that Greg Mania is hilarious. If you’ve ever read any of his tweets (a sentence I am actually writing in the year of our Lord, 2020, sweet Jesus, we are really “online now”), you know he’s incredibly hysterical. His penchant for weaving pop culture, self-deprecation, punny jokes, and wholehearted love of chain restaurants into his patter is only part of the reason he’s so engaging to watch. The other part, the part that’s maybe a little hidden under all that humor and glamour, is that Mania is also a real sweetheart. Like many of us writers, Mania is digging around, attempting to uncover the real reasons for why we make the choices we do. In that delightful human mess, humor, love, and fun coexist.

I started reading Mania’s debut memoir, Born to Be Public (Clash Books), expecting to laugh—which I did quite often, don’t get me wrong—but the real surprise was the heart hidden under the bravado. In this flashy, playful book he chronicles coming out to his Polish parents, imbibing in New York City’s nightlight, discovering comedy, confronting heartbreak and mental illness. As a queer person, I related immediately to what it means to curate who you are as a person (and what it looks like when those separate “brands” come into conflict with the past self and the self you’re working to create, and recreate, and create again). I found myself repeatedly enamored at how easily this book gets to the root of what it means to hide hurt and heartache with jokes; to then take those same jokes and flip them on their side, their backs, to investigate them entirely and come up with something new. Something undeniably funny. Something tender.

Mania was nice enough to let me interview him about his work, his life, his jokes, and his favorite convenience store fare. He also discloses whether his incredible book is a ravioli. (Spoiler alert: it is.)

Kristen Arnett Buddy! Hello! How does it feel to be gay publishing this very gay book?

Greg Mania I’m getting interviewed by THE Kristen Arnett, so I feel like I’ve transcended the Kinsey scale.

KA Were there certain parts of the book that were harder to write than others? What was your process like?

GM Absolutely. My initial intention was to just compile a collection of funny stories—essays peppered with the occasional humor piece—about my life in New York City. But, as I grew up, so did this book. I just woke up one day and was like, Is this…a memoir? And a memoir it became, because I realized I couldn’t just spout jokes and funny stories about my triumphs and failures without shining a light on the dark underbelly.

“Roy” was the hardest chapter to write. I wasn’t even going to include it in this book, because I thought I wasn’t ready to write about that relationship. But I ended up including it last minute, because I couldn’t write a memoir that chronicles my trajectory into writing and comedy without writing about the relationship that pivoted me in that direction.

KA Oh! This is such a truth. So much of our writing inevitably stems from who we are and how we grow, but it’s also a lot about the people who shape us along the way—I think it’s that way even for fiction. For instance, I know that my relationship with my parents (and now my estrangement from them) has shaped so much of my work. Your relationship with your family is an important part of Born to Be Public; how do you see it shaping that work and also shaping future work?

GM Yes! I think no matter what genre we write, we’re sharing such intimate parts of ourselves with not just the people in our lives, but the public in general. It’s very exposing. Like my trauma is just out there, naked and real for anyone to poke and prod at. But it’s also there for someone going through a similar situation, to serve as a reminder that they’re not alone.

My family, and growing up with them, is prevalent in this book for sure. They’re the bedrock of who I am and who I grew up to be, and their influence is, and remains, a strong presence in my life. I can’t look at myself without considering my upbringing, which will always influence my work, both past and future. I will always see a part of the world through the lens of my childhood, because of how formative those years were. But now, as I grow older, I think I’m more firmly rooted in the center of that Venn diagram between my own life experiences and the world my parents tried to create for me.

KA This is a book that’s very much about revealing the persona—so much of what we do as queer people is work to develop who we are, and that is changing, changing, changing all the time. Do you think you’re the same Greg now as the Greg you were when you were writing Born to Be Public? What’s the same and what’s different?

GM The most glaring difference is that I quit smoking and go to bed before midnight. Also, I don’t have an eleven-inch mohawk spray-painted with various people’s faces on it anymore—I just don’t have that time. Do you know how behind I am on Grey’s Anatomy? There are approximately seventy-eight seasons in that show; I need to focus! Also, you can probably conclude that I don’t really go out anymore. I’m twenty-nine. That is eighty-eight in gay years!

In terms of similarities, I’m pretty much the same blubbering idiot whose favorite food group is the kids’ menu.

KA Okay, yes, I myself identify as a blubbering idiot who would kill someone for a chicken nugget! Do you think some of what we like most about ourselves is the ability to just be absurd sometimes?

GM Absolutely! It’s a tool for survival. At least it is for me. I metabolize everything in my life through humor, especially now. I mean, we live in hell. We need to find something to laugh at, or else we’d be curled up in a ball with the blinds drawn for the rest of eternity. 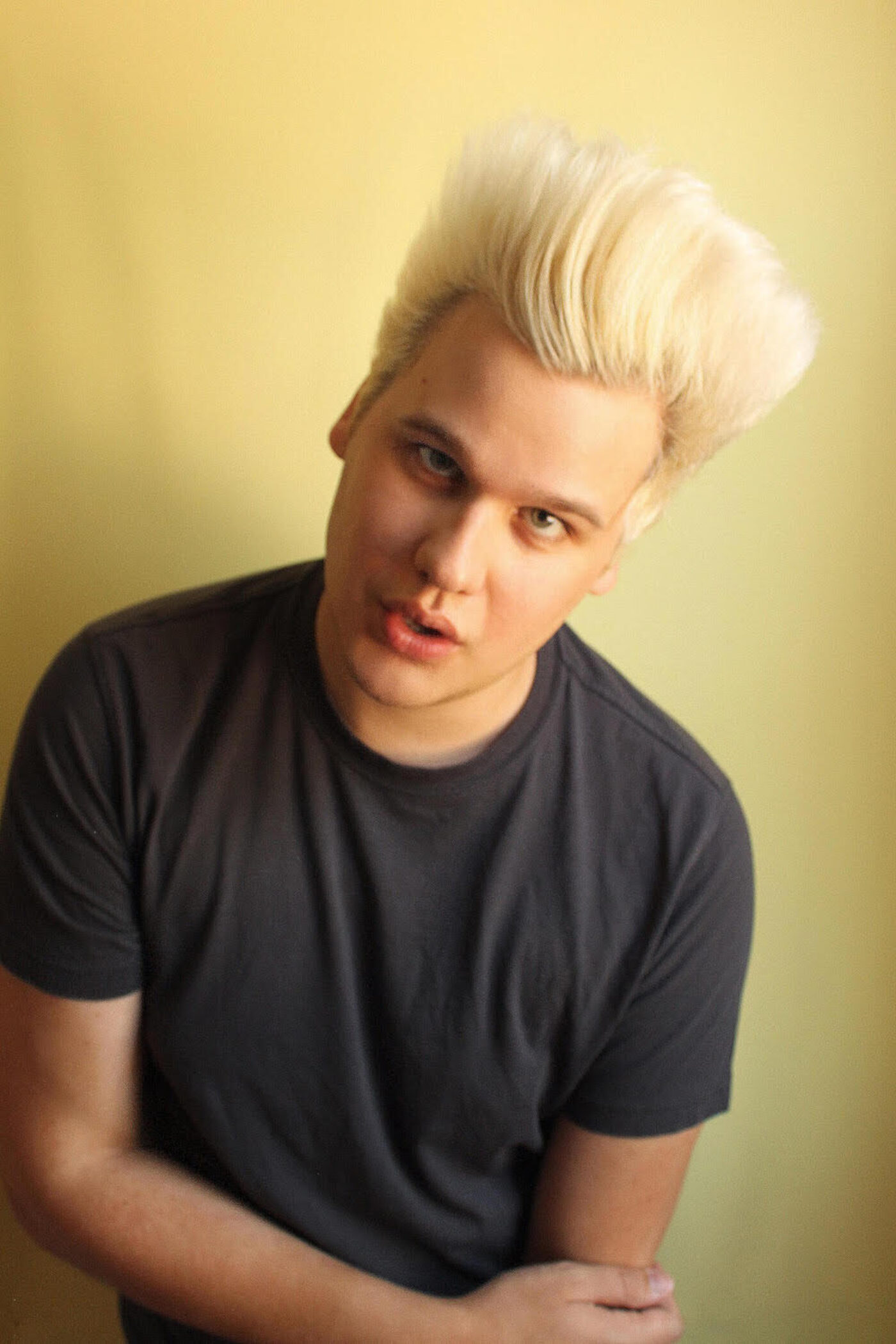 GM I am a professional introvert. It’s been a DREAM. I can go on tour, but I don’t have to leave the house? Please and thank you! That’s not to say launching a book during a pandemic isn’t extremely stressful—it is!—but, you have to understand that EVERYTHING gives me anxiety. If I can shave off the anxiety of being a sweaty mess running through the airport and suddenly becoming overcome with the dread that I forgot to pack my Lexapro and/or Imodium, then I’ll take it.

KA There’s something about the coming-out process that feels like Sisyphus forever pushing that boulder up a hill. It’s never-ending, and we have to do it over and over and over again. I know we all hate lots of parts about this process, but what’s something that you actually liked about it?

GM This is such a good question; Christiane Amanpour is SHAKING.

Coming out is a multifarious process, yes; but, for me, it’s a chance to meet myself all over again, to discover parts of myself that I have either intentionally or unintentionally shied away from as a queer person. Every time I come out, it’s different. There are shifts—subtle or not—that occur every time, that are just another feather in the cap that is identity. For example, I recently came out as someone who lives with chronic pain. Just naming it—acknowledging it—has at least introduced the possibility of co-existing with this new reality. Coming out doesn’t get easier, but I’ve found that I’ve become more embracing—or at least accepting, depending on what it is—of whatever it is I’m coming out with.

KA Many of my greatest friends I’ve met through the Internet. Do you think this is a specifically queer phenomenon or just the effect of the Online rotting our brains?

GM I’m not actually smart enough to employ the social theory that like-minded people will always gravitate towards each other and form communities. Like, I don’t even remember the extremely smart person who came up with it. Was it Erving Goffman? Ferdinand Tönnies?? Ken Jennings??? Anyway, I think queer people will always find a way to mobilize, both online and off. It’s a visceral reaction for us. The internet just makes it convenient.

GM YES, WHAT SNACKS SHOULD I BRING? I used to feel such a pressure to be funny, all the time, on the Internet. I used to force myself to tweet at least a single one-liner a day. I was like, What if TODAY is the THE day that some showrunner comes across my profile, and I didn’t tweet something funny and engaging that day?!

I don’t do that to myself anymore. Yes, I love the performative nature being online grants you, and the fun you can have as a comedy writer, but I control it, and with that, my time—not the other way around. It’s supposed to be fun, and I lost that for a while. I want to invest my energy into something that will (hopefully) outlive me, like this book, this tangible thing that I poured all my hard work and energy into. That’s the reward I realized I should chase.

KA Speaking of hard work and energy, what are you working on right now? Have you been able to work right now? What will we see next from you?

GM Right now I’m focused on promoting this book, but once the virtual tour wraps up I’m going to sit down and torture myself by writing my next book proposal. Send help!

GM Listen, I know you’re the brand ambassador for 7-Eleven, but I’m from New Jersey, and if I don’t answer this question with “Wawa,” someone from the Jersey Shore will send me an intensely hued death threat stenciled on a hoodie.

And my go-to purchase is: a fountain Coke, a honey mustard chicken strip sandwich, and Fritos honey BBQ twists—the latter of which is almost impossible to find anywhere else!

KA What’s a gay book you think everyone should read?

GM It’s the book I revisit most often: Giovanni’s Room by James Baldwin. I just love the idea of a space—either physical or metaphorical—and how we confine ourselves to it—or not! I think queer people find ourselves in these spaces a lot: some fit, some don’t. And, sometimes, we need to make our own.

KA If you could go back in time and talk to baby Greg, what’s the first thing you’d tell him?

KA Technically, is your book a ravioli?

GM I don’t think I would even be allowed to talk to you if it wasn’t!

Born to Be Public is available for purchase here. 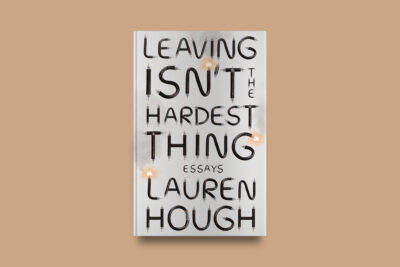 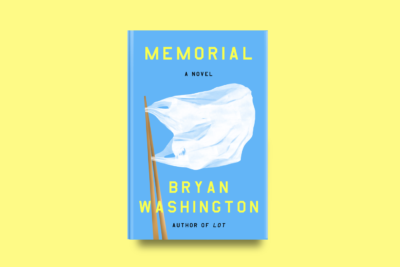 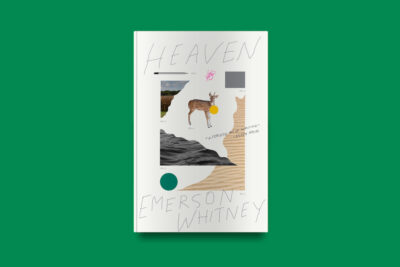