The poet on her new collection and what it means to mess with, fuss with, break, and refresh language. 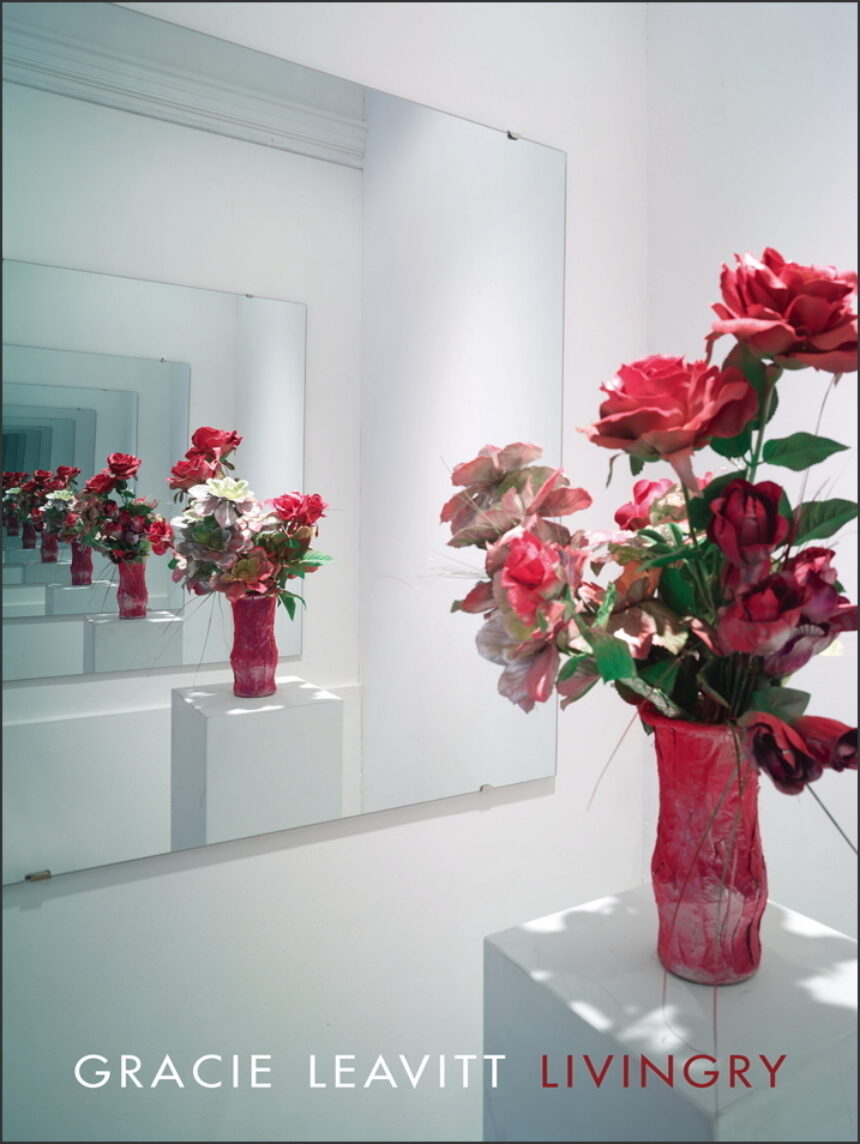 I wrote to Gracie Leavitt from deep inside a South Carolina November. We’d had a few days of hard, cold rain and then it turned brilliant. The wet things were shining, and it almost felt like spring. This seemed like the right time to write Gracie about her book, Livingry (Nightboat), a collection of poems that equips one differently for the world, recalibrating a reader’s senses towards what grows and subtends, what exists at the edges of vision and imagination. Gracie’s poetics is actively oriented towards: livingry = living as hungry, living as angry. Another one still is livingry as anxiety, living with anxiety as suffix. At this moment, deep in the longstanding political disaster of the US, looking  more closely—peering under and into—entails a kind of politics.  At home, the leaves had been washed down so the undergrowth was more starkly visible: tangles of purple brambles full of bits of vegetation, messes of red clay churned up by the rain. This was also right for her book, with its botanical wisdom, the tight weave of language it makes over what runs riot beneath. I told Gracie that I thought she might enjoy the pre-winter chaos: she’d probably be able to name some of it. While I formulated these questions, the East Coast was suddenly and briefly in ice while the west was on fire. Then, as now, Gracie’s Livingry is deeply timely and deeply gorgeous. It’s a pleasure to trace and retrace these threads of livingry tangled up in everything we see.

Lindsay Turner I wanted to ask you a little about the genesis of this book. But maybe a better question for you is about genesis in this book: so much here is about naming, arranging, ornamenting, creating worlds out of the tiniest corners or lowest places in real domestic space, summoning things from invisibility into vision: “a dewsome thing we watch like / ‘Please come where I can see.’” What does it mean for you to concoct, to describe, to call into being?

Gracie Leavitt Naming and summoning. Naming as summoning. Naming to summon! This makes sense, doesn’t it, as an inroad to genesis? So many of us get started in life with it. And speech acts are volatile stuffs.

What first comes to mind is the scene in the film Into the Wild (based on the book based on the life of Alexander Supertramp / Christopher McCandless) when he quotes Boris Pasternak, “to call each thing by its right name.” The quote plays again when he dies at the end, ostensibly after consuming poisonous seeds. Calling the seeds by the wrong name—confusing them for fruit of an edible plant—meant death. This movie came out the year I graduated college and kind of messed with my mind. Living back at home for a year while I figured out what to do next, it seemed to me that my dad really admired what Alexander Supertramp had done, and I couldn’t reckon with it, felt judged maybe, felt I couldn’t live up to Supertramp as—what—an example? Anyway, my dad would repeat this line over and over as he swept the wood floor, as he loaded up the wood stove: “to call each thing by its right name.” Well, it could be a matter of survival, couldn’t it?

But rightness can get twisted, be twisted—in like a knife. When he dies at the end of the film and the quote plays again, the camera comes down on a sign. Sean Penn (the director) wants us to see our protagonist having written his farewell to the world, signed with the name his parents gave him. This feels like a violence. In real life, there was no such sign. That farewell was found scrawled in a book. And who knows which name he’d have preferred to have lived on. Supertramp was a white, cis man as far as we know. For trans, nonbinary, and queer people of color, these matters may be far more dire, brutal, consequential.

LT Yes—naming as political act, as something connected to gender. I also think it’s important to point out that your names don’t exactly have to do with description. Instead, we get something like an occult pragmatics: the knowledge of flora and fauna, everyday observations made into compotes, nosegays, balms, and so on. I am reminded a little of Lisa Robertson’s work, and her interest in ornament as feminist practice—as fundamental to making the world, rather than a kind of superfluous sheen. Can you say a little about the vocabulary that understructures this book? What kind of work do you do as observer and describer in these poems? 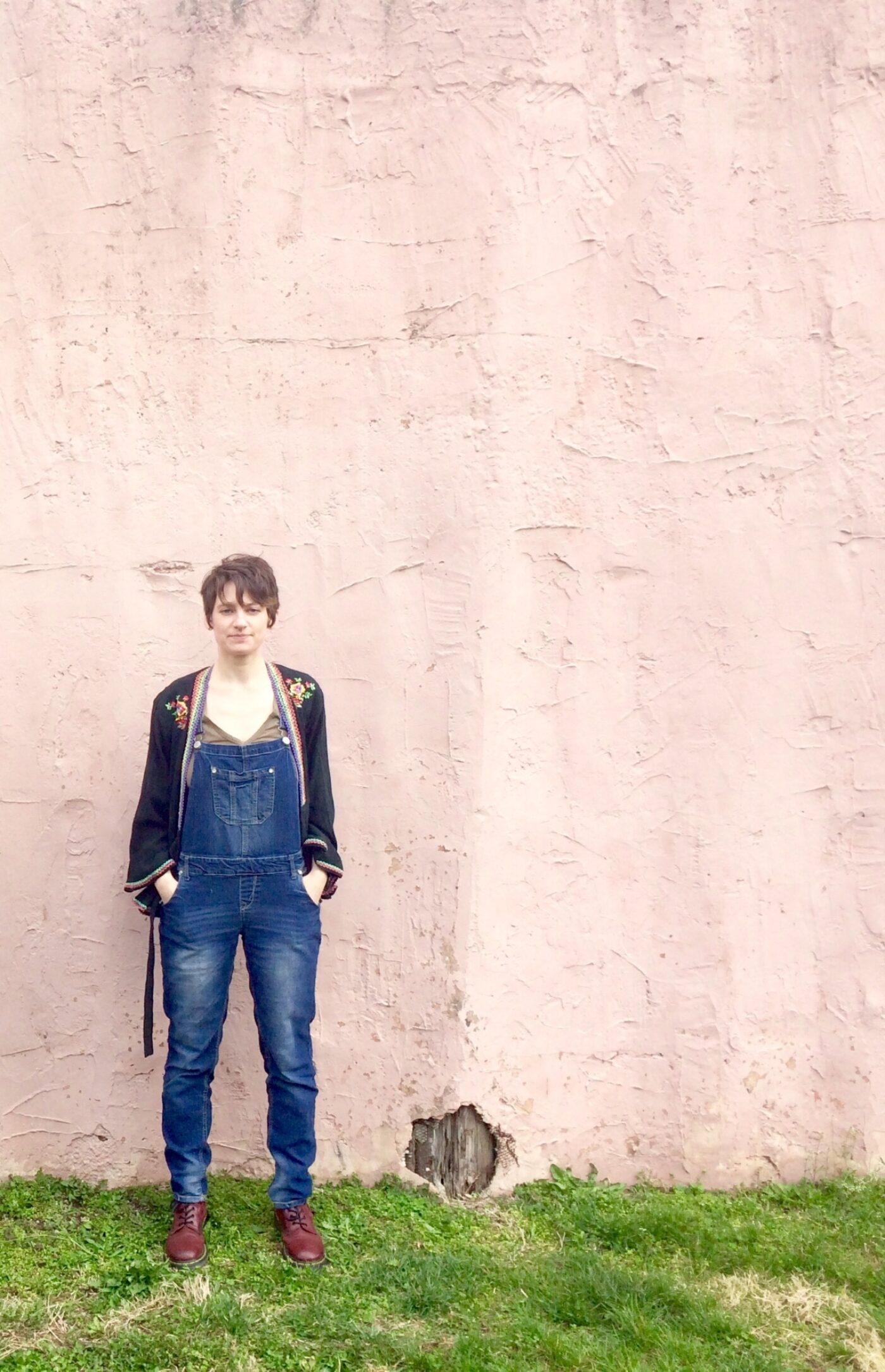 GL Thank you for inviting Lisa Robertson to our party! Her work is a touchstone to which I often return—sometimes I like to have her books and others’ nearby to flip through, to feel. Is osmosis another sort of pragmatic occult?

I don’t think it would be reaching to say I take vocabulary as a kind of jewelry or armor or jewelry-armor. But less often do I go out searching for the perfect piece than I work from my materials, what has come into my purview, fallen there, chanced: vocabulary come from reading across disciplines (promiscuous), a word mis-heard, mis-seen, and so on. From there I build myself myself—now that sounds like a feminist practice, doesn’t it? And also, the compotes, nosegays, and balms you note arrive, anciently and regular, assembles and medicines, through the labor especially of women and femmes. Right?

LT Still, though, even with feminist glints, I don’t want to get so caught up in the lushness and leaf-shapes your work makes that I fail to be explicit about its anxious and politicized worries. For readers, I want to unearth and clean off some of these worries, which are not ecological in an only-plants-and-animals sense but instead register wider structures that contain and shape all our experience—like naming, as you mentioned above. Your poems remind us of the disappearing bees, for example, but also of chemical warfare, drone warfare, the security state, and the violence of language itself as it polices and contains. Here, for example, is the poem “Think: Pieces” in full:

Let’s insist it’s not
disordered to care
about what we care about, the lyric
flakes of felicity
everywhere while
pronouns such
faulty valves for
that which gets
included—the power
of this grammar
a clot heavy with
everything it’s stopped
from forthing.

It’s a tired question, but I’ll ask it directly: how do you think about the relationship between politics and language, politics and poetry?

GL I am so grateful for this question—as much as I am challenged by it! I have a tattoo on my hip—intersecting lines—I call my “gash” from going through the cultural thicket. Seems I can’t get myself to talk about anything without bringing brambles or bushes into it. Is this also a feminist practice of ornamentation? “Come, look at my larkspur, lichen, that loess; close; next we’ll talk politics…”

As for this relationship and what I think: So much terror and injustice has been wrought, keeps getting wrought, rotten with words. It’s our obligation, seems to me, to fuss with, mess with, refresh, break language—open and down—as much as it is to recycle, reduce, reuse, and so on. Poetry is vital realms for this, and if we’re not spending some time there doing the fussing and messing, we’re giving up critical ground. What makes up our minds and makes our minds up needs frequent refreshment.

How much effect can poetry really have on the world? Well, it’s possible our instruments aren’t always sensitive enough to measure this. Surely every day someone is changed by words.

LT Sometimes I think poetry is or could be that sensitive instrument. But speaking of words that do things, one of my favorite things about this book is the “nonce hex” form or mode: “Nonce Hex for Rambunctious Progress,” “Nonce Hex for Agile Theater,” “Nonce Hex for ‘Romantic Love, The Last Illusion,’ Which Will ‘[Keep] Us Alive Until the Revolutions Come,” to name a few. (That last title quotes Larry Mitchell.) I want to ask you about this mode: is a nonce hex a real hex? What makes it nonce and why does it need to be nonce, for you? What does a nonce hex do?

GL “Nonce” is a word I did not know until Sara Jane Stoner shared it through her generous review of my first book. First not knowing it, then I clutched at it: jewelry-armor! The word means, I think, “coined for an occasion.” So for me, maybe it is, for now, an instant in the past? A cut back into time reopening what’s too much healed over, sealed away. And it’s fitting, then, that “nonce hex” sounds like “nonsense,” right? Magic comes from somewheres—places perhaps that don’t always seem to sense. But “hexes” here are redundant a smidge, yeah? I mean, they are what language is. Volatile stuffs. For cathexis, for protection.

Lindsay Turner is the author of the poetry collection Songs & Ballads (Prelude Books, 2018). She is the translator of several books of contemporary Francophone poetry and philosophy, including adagio ma non troppo by Ryoko Sekiguchi (Les Figues, 2018) and The Next Loves by Stéphane Bouquet, forthcoming from Nighboat Books in the fall. She holds an MFA in poetry from New York University and a PhD in English from the University of Virginia. She currently lives in Greenville South Carolina and teaches at Furman University. 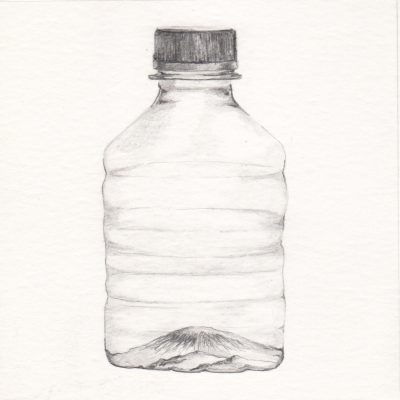 A public cafeteria, the ghost of my heart gorges herself on spent ammunition // The Orlando medical examiner processed each of the 49 Pulse victims apart from the gunman. / Even amid gravitational collapse, surviving atoms couldn’t reanimate with him. 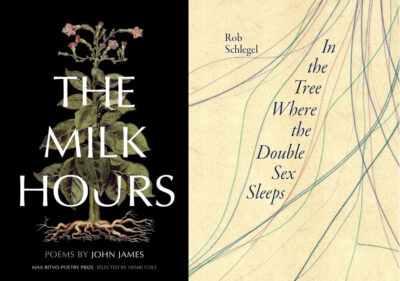 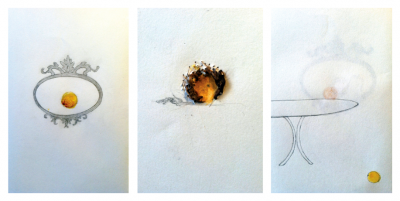