Gordon Monahan’s book, Seeing Sound, is a trilingual, experimental text which presents his catalog of work dating from 1978 to 2011. 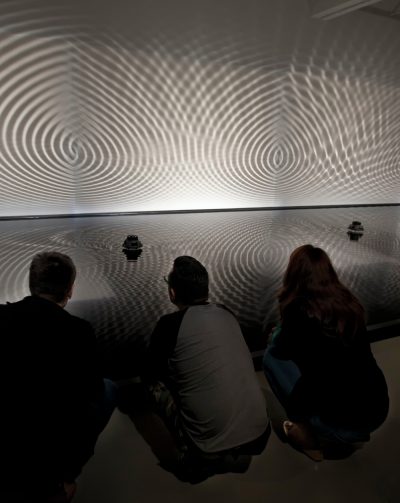 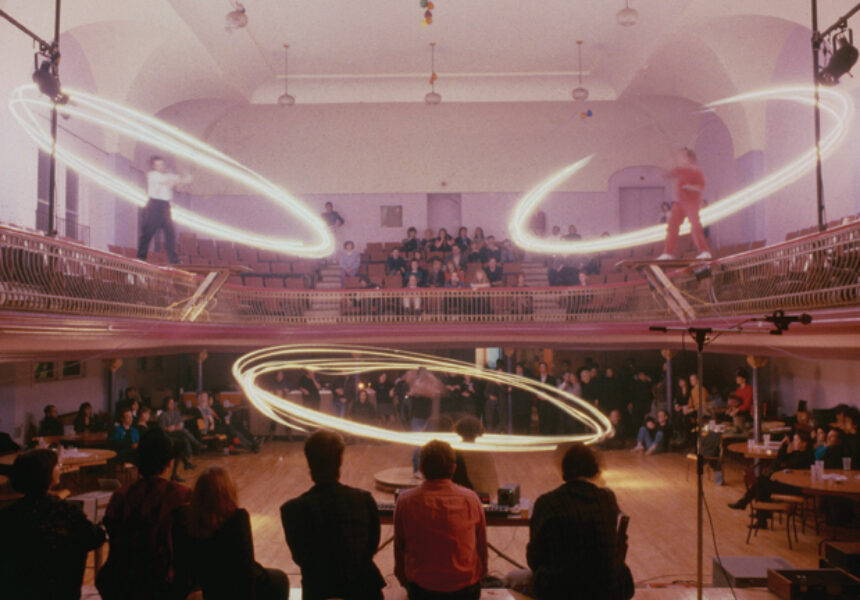 Performance of Speaker Swinging at the Music Gallery, Toronto, 1987. Photo by Dwight Siegner.

Gordon Monahan’s book, Seeing Sound, a charming catalogue raisonné of his work from 1978 to 2011, arrived at my doorstep on the cusp of July, amidst the media blitz surrounding Higgs boson. A banner week for the experimental method. But a small white cloud of doubt lingered in the otherwise bright blue sky above Geneva, and 800 trillion proton-proton collisions cannot quite dispel it. I’m sure it continues to disrupt the sleep of scientists all over the world. Musicians, however, work all night, so what’s a little doubt?

Seeing Sound calls up memories of a time when doubt wasn’t an irritation but a driving force. As a student in the 1970s, I was immersed in what was often called (quite rightly) “experimental music”: the acoustic explorations of Alvin Lucier; the unstable circuits of David Tudor, Gordon Mumma, and David Behrman; open-form scores like “In C” and “For 1, 2 or 3 People”; Pauline Oliveros’s “Sonic Meditations”; and the shambolic early live computer music by the League of Automatic Music Composers. Every concert I attended seemed propelled by uncertainty, to the verge of catastrophe. Sometimes this was exacerbated by the unreliability of the technology (especially those homemade circuits), but many composers and performers actively embraced risk and willfully piloted their ships as close as possible to submerged hazards.

By the mid-1980s, however, the shifting winds of zeitgeist had blown most musical sailors away from the shoals, many of them in a distinctly poppy direction. After hearing the Ramones, Rhys Chatham abandoned his oscillators for guitars and drums. Equipment became more reliable, and risk was reduced to the occasional broken string or tripped circuit breaker. At age 30 I was already feeling slightly anachronistic.

But the next year I heard Monahan’s Speaker Swinging at New Music America in Houston. Three plinthed performers replaced the frequently sanctimonious smugness of high minimalism with the sweaty hedonism of rock and roll. Out of their twirling speakers flowed Lucieresque sine waves, and there was an obvious nod to Tudor’s notion of the loudspeaker as a musical instrument. But Monahan also evoked the Doppler wail of emergency vehicles, the cheesy grandeur of Leslie speakers, the hyperreal helicopters of Apocalypse Now, the excessive showmanship of Roger Daltrey, and the glitz of disco strobe lights. Monahan maintained experimentalism’s ineffable sense of risk: it seems as if at any moment a five-pound loudspeaker might break loose and hurtle across the room and into a viewer’s face like an obese boson.

Reading Seeing Sound brings back that poignant demonstration of experimentalism and reveals that it has persisted in Monahan’s work over the subsequent decades. It makes me feel positively spry. The texts are insightful—a mix of interviews and critical essays—and trilingual (English, French, and German). Buy three copies and give two away.

Nicolas Collins is a composer who has the dubious distinction of having played both CBGB and the Concertgebouw. 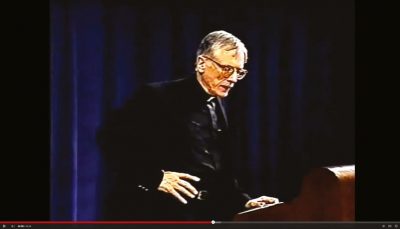 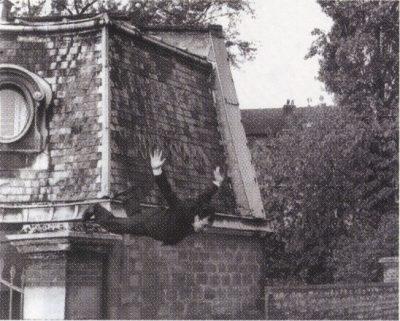