Deprived of narrative, representation alone, as signifying device, operates as guarantee for the mythic community: it appears as symptomatic of the pictorial works adherence to an ideology; but it also represents the opposite side of the norm, the antinorm, the forbidden, the anomalous, the excessive, and the repressed: Hell.
—JULIA KRISTEVA

Every cigarette, every drink, every love affair echoes down a neverending passage way of references—to advertisements, to television shows, to movies—to the point where we no longer know if we mimic or are mimicked.
—TOM LAWSON

The objects which the image presents to us and to which our only relation can be that of possession, necessarily represents our being, our situation in the world. The libidinal investment in the image, an investment on which the economic investment turns,is profoundly narcissistic, an avoidance of the problem of the other.
—COLIN MACCABE 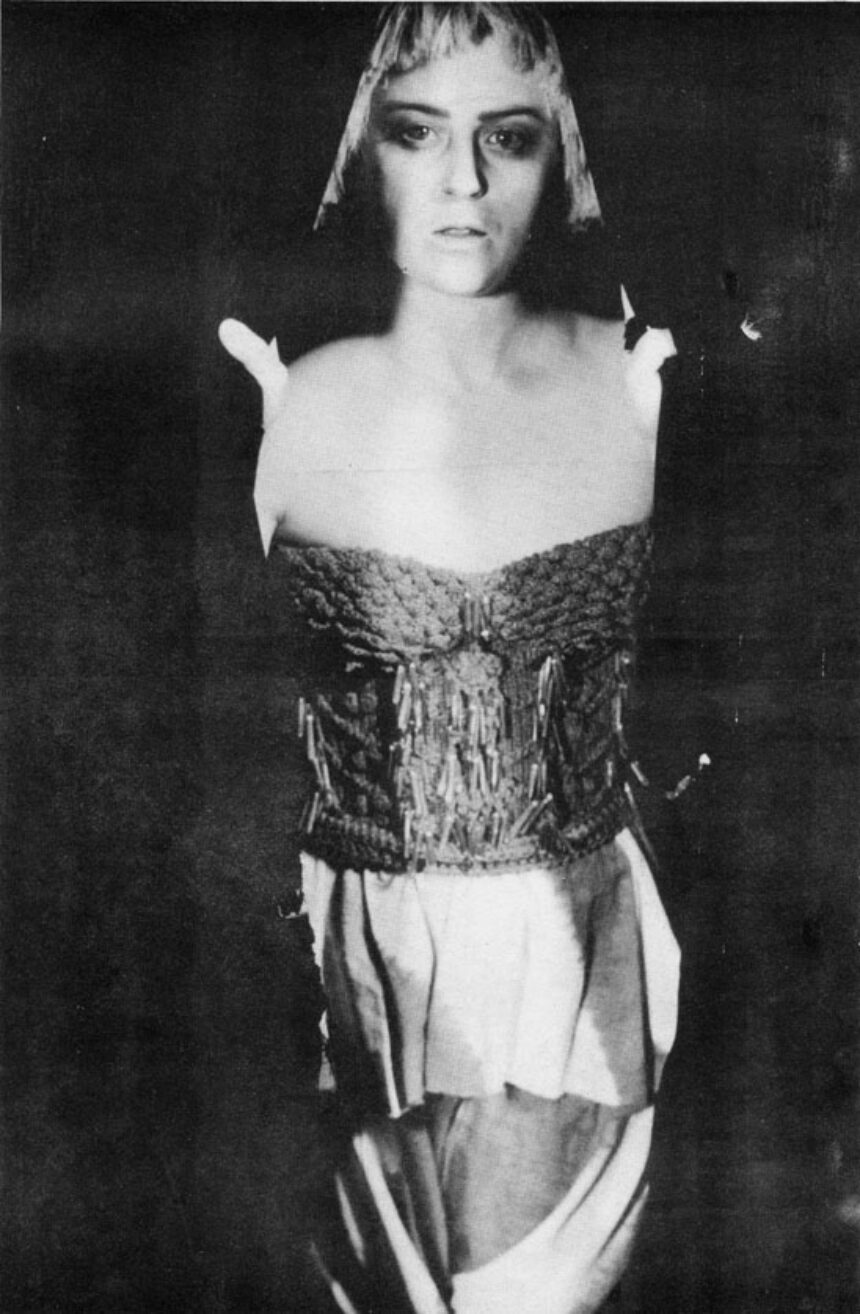 The photographs have a reality for me that the people don’t. It’s through the photograph that I know them. Maybe it’s in the nature of being a photographer. I’m really never implicated. I don’t have any real knowledge.

Incapable of producing metaphors by means of signs alone, he (the phobic person) produces them in the very material of drives—and it turns out that the only rhetoric of which he is capable is that of affect, and it is projected, as often as not, by means of images.
—JULIA KRISTEVA

All art is “image making” and all image making is the creation of substitutes.
—E.H. GOMBRICH

In a world which is topsyp-turvy, the true is a moment of false.
—GUY DEBORD The destiny of photography has taken it far beyond the role to which it was originally thought to be limited; to give more accurate reports on reality (including works of art). Photography is the reality; the real object is often experienced as a letdown. Photographs make normative an experience of art that is mediated, second-hand, intense in a different way.

To see and to show, is the mission now undertaken by LIFE [magazine].
—HENRY LUCE

The literal photograph reduces us to the scandal of horror, not to horror itself.
—ROLAND BARTHES

People were murdered for the camera; and some photographers and a television camera crew deported without taking a picture in the hope that in the absence of cameramen acts might not be committed. Others felt that the mob was beyond appeal to mercy. They stayed and won Pulitzer Prizes. Were they right?
—HAROLD EVANS 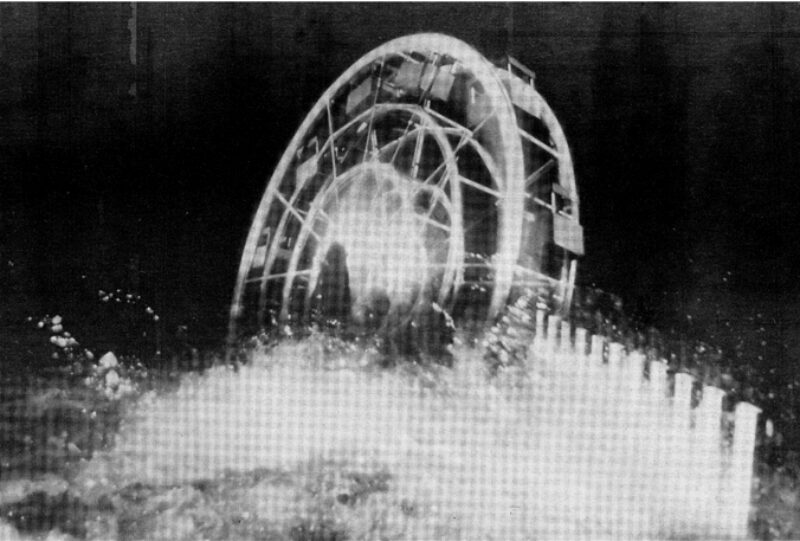 Distanciation is this: going all the way in the representation to the point where the meaning is no longer the truth of the actor but the political relation of the situation.
—ROLAND BARTHES

The world is centered for us by the camera and we are at the center of a world always in focus. As long as we accept this centering we shall never be able to pose the question of “who speaks “in the image, never be able to understand the dictation of our place.
—COLIN MACCABE

A clear boundary has been drawn between photography and its social character. In other words, the ills of photography are the ills of estheticism. Estheticism must be superceded, in its entirety, far a meaningful art, of any sort, to emerge.
—ALLAN SEKULA

Our conviction that we are free to choose what we make of a photograph hides the complicity to which we are recruited in the very act of looking.
—VICTOR BURGIN …for the modern photographer the end product of his efforts is the printed page, not the photographic print.

Much of painting today aspires to the qualities of reproducible objects. Finally, photographs have become so much the leading visual experience that we now have works of art which are produced in order to be photographed.
—SUSAN SONTAG

For a certain moment photography enters the practice of art in such a way that it contaminates the purity of modernism’s separate categories, the categories of paint and sculpture. These categories are subsequently divested of their fictive autonomy, their idealism, and thus their power.
—DOUGLAS CRIMP

The morphology of photography would have been vastly different had photographers resisted the urge to acquire the credentials of esthetic respectability for their medium, and instead simply pursued it as a way of producing evidence of intelligent life on earth.
—A.D. COLEMAN

For every photographer who clamors to make it as on artist, there is an artist running the risk of turning into a photographer.
—NANCY FOOTE Clegg and Guttmann, Allegories of the stock exchange: Allegory of Bad Times. Clegg and Guttmann, Allegories of the stock exchange: Allegory of the Horn of Plenty.

Photography is better than art. It is a solar phenomenon in which the artist collaborates with the sun.
—LAMARTINE

The photographic artists’ downfall is the romance with technique.
—CAROL SQUIERS

The creative in photography is its capitulation to fashion. The world is beautiful. That is its watchword.
—WALTER BENJAMIN

While the aesthetics of consumption (photographic or otherwise) requires a heroicized myth of the artist, the exemplary practice of the player-off codes requires only an operator, a producer, a scriptor, or a pasticheur.
—ABIGAIL SOLOMON GODEAU

Montage before shooting, montage during shooting and montage after shooting.
—THE DZIGA VERTOV GROUP A certain contempt for the material employed to express an idea is indispensible to the purist realization of this idea.
—MAN RAY

You know exactly what I think of photography. I would like to see it make people despise painting until something else would make photography unbearable.
—MARCEL DUCHAMP

…the very question of whether photography is or is not an art is essentially a misleading one. Although photography generates works that can be called art—it requires subjectivity, it can lie, it gives aesthetic pleasure—photography is not, to begin with, an art form at all. Like language, it is a medium in which works of art (among other things) are made.
—SUSAN SONTAG

The blatantly mechanistic condition bound to photographic seeing has confounded photographic discourse. One way thinking has stratified this moonlighting medium ever since its invention, zoning it into polemic ghettos walled off by hegemonies and hierarchies.
—INGRID SISCHY 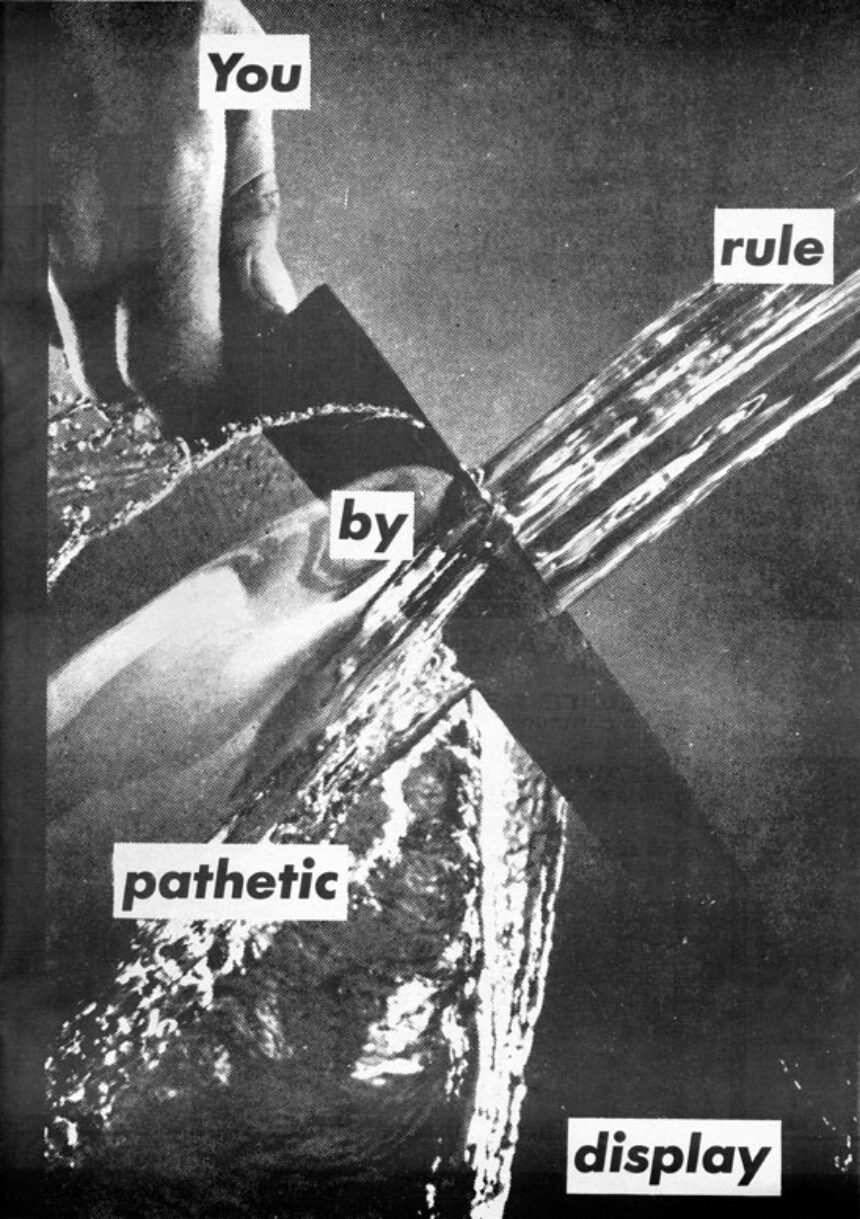 It is a fetishistic and fundamentolly antitechnical notion of art with which theorists of photography have tusseled for almost a century, without of course achieving the slightest result! For they sought nothing beyond acquiring credentials for the photographer from the judgements thye had already overturned.

That photography had overturned the judgement-seat of art is a fact which the discourse of modernism found it necessary to repress, and so it seems that we may say of postmodernism that it constitutes the return of the repressed. These institutions can be named at the outset: first the museums; then Art History; and finally, in a more complex sense, because modernism depends both on its presence and upon its absence, photography.
—DOUGLAS CRIMP

The postmodernist critique of representation undermines the referential status of visual imagery, its claim to represent reality as it really is—either the appearance of things or some ideal order behind or beyond appearance.
—CRAIG OWENS

Perception that stops at the surface has forgotten the labyrinth of the visible.
—INGRID SISCHY AND GERMANO CELANT 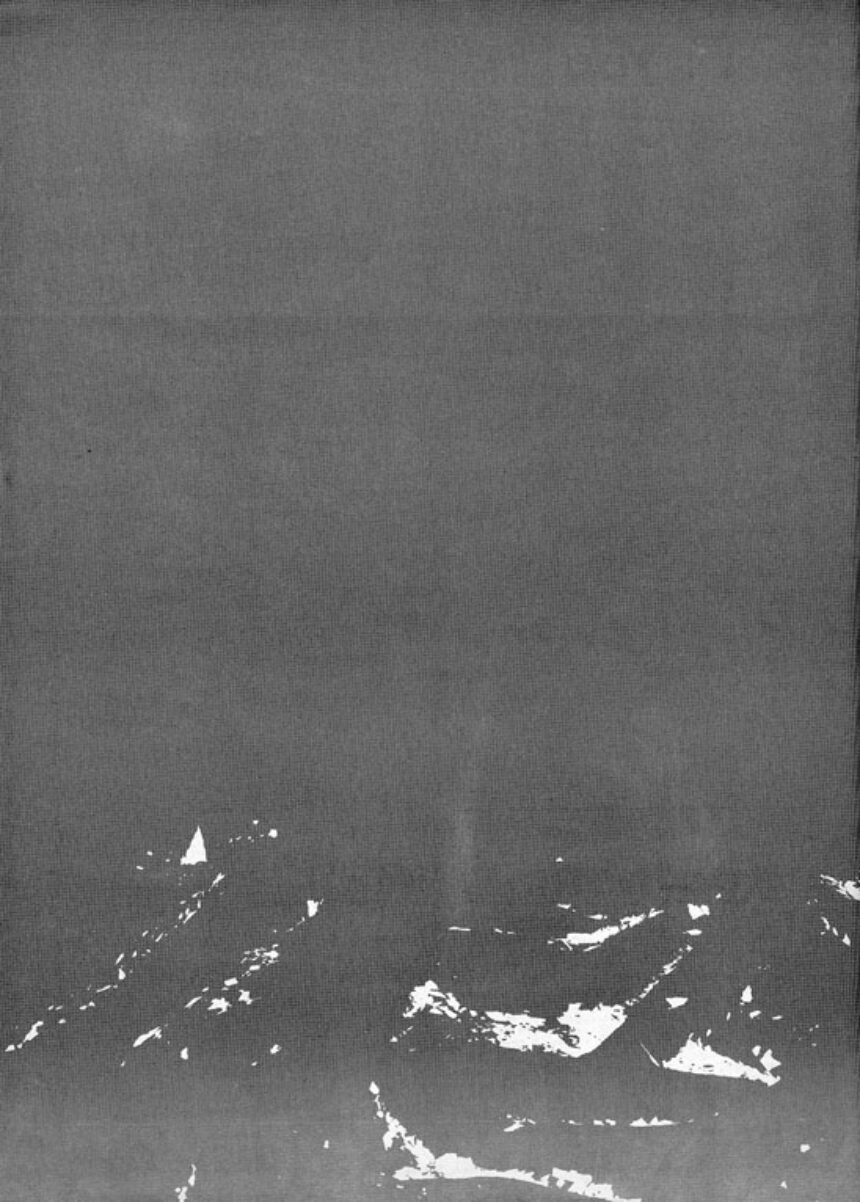 In order for history to be truthfully represented, the mere surface offered by the photograph must somehow be disrupted.—SIEGFRIED KRACAUER

The intention of the artist must therefore be to unsettle conventional thought from within, to cast doubt on the normalized perception of the “natural” by destabilizing the means used to represent it.
—TOM LAWSON

To photograph is to confer importance. There is probably no subject that cannot be beautified; moreover, there is no way to suppress the tendency inherent in all photographs to accord value to their subjects. But the value itself can be altered.
—SUSAN SONTAG 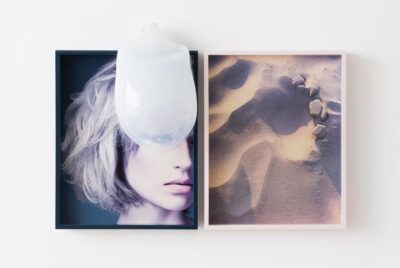 Gabriele Beveridge has quite the eye for sad-looking models in posters—the kind of women who hawk things like hair dye and shampoo.