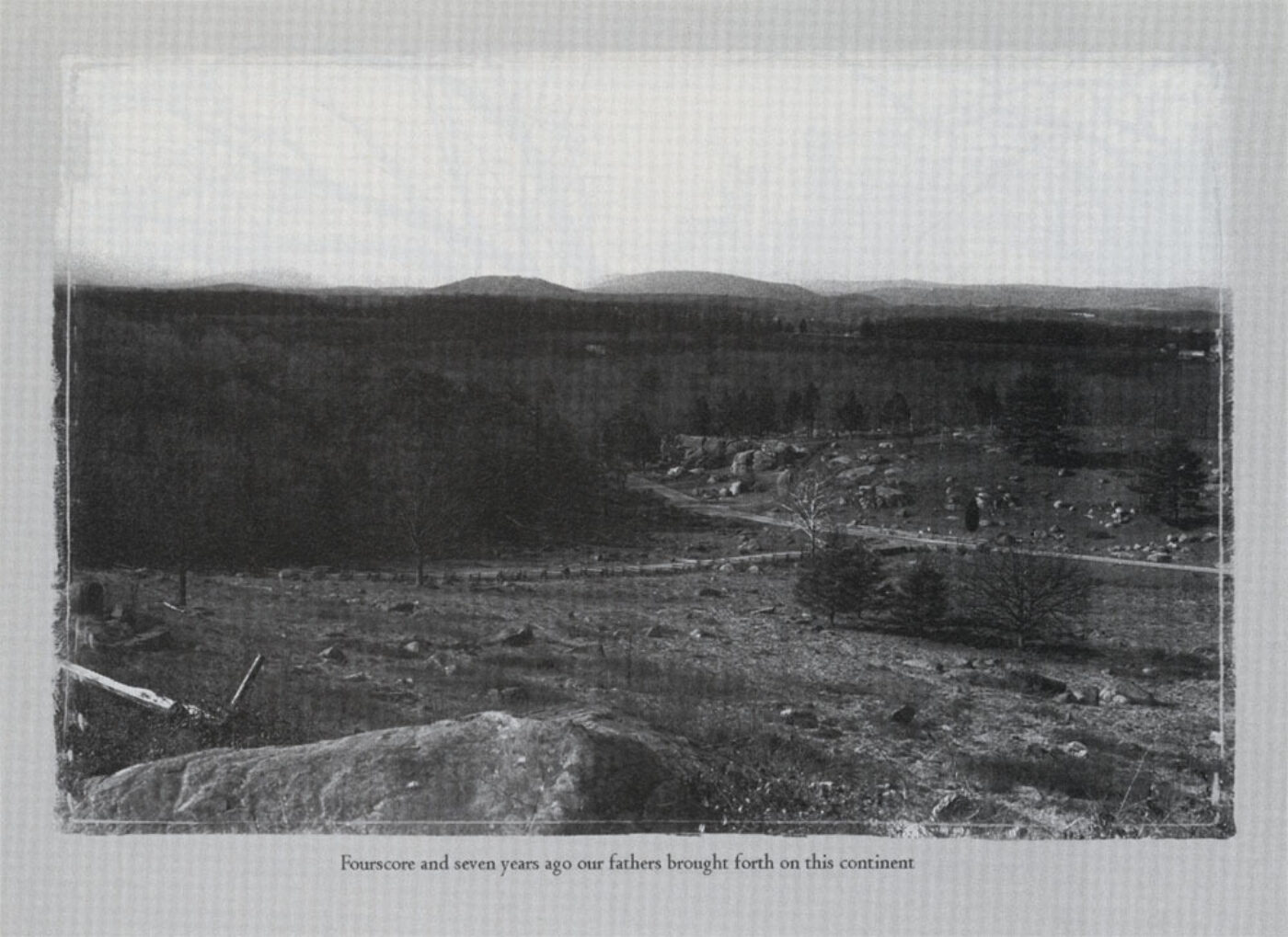 Six years ago, Bill Kane visited the Civil War battlesite at Gettysburg and photographed its hills and fields. Over 52,000 soldiers died in the course of two days fighting, and Bill sensed that the landscape must hold a residual force, or energy of those who had died. He photographed the site during three days of bitter cold in late November, and what he sensed most during that time was just that, the bitter cold. But what haunted him then, and subsequently, was Lincoln’s address. The words reverberated in his mind and over the landscape as he was shooting, and in the years to come, as he developed and chose the images. Gettysburg is an homage to the men who died there, and to Lincoln and his sublime address, which is as poetic and relevant today as it was in 1863.

Fourscore and seven years ago our fathers brought forth on this continent a new nation, conceived in liberty and dedicated to the proposition that all men are created equal. Now we are engaged in a great civil war testing whether that nation, or any nation so conceived and so dedicated, can long endure. We are met on a great battlefield of that war. We have come to dedicate a portion of that field as a final resting place for those who here gave their lives that our nation might live. It is altogether fitting and proper that we should do this. But, in a larger sense, we can not dedicate—we can not consecrate—we can not hallow—this ground. The brave men, living and dead, who struggled here, have consecrated it, far above our power to add or detract. The world will little note, nor long remember, what we say here, but it can never forget what they did here. It is for us the living, rather, to be dedicated here to the unfinished work which they who fought here have thus far so nobly advanced. It is rather for us to be here dedicated to the great task remaining before us that from these honored dead we take increased measure of devotion. That we here highly resolve that these dead shall not have died in vain. That this nation, under God, shall have a new birth of freedom and that government of the people, by the people, for the people, shall not perish from the earth. 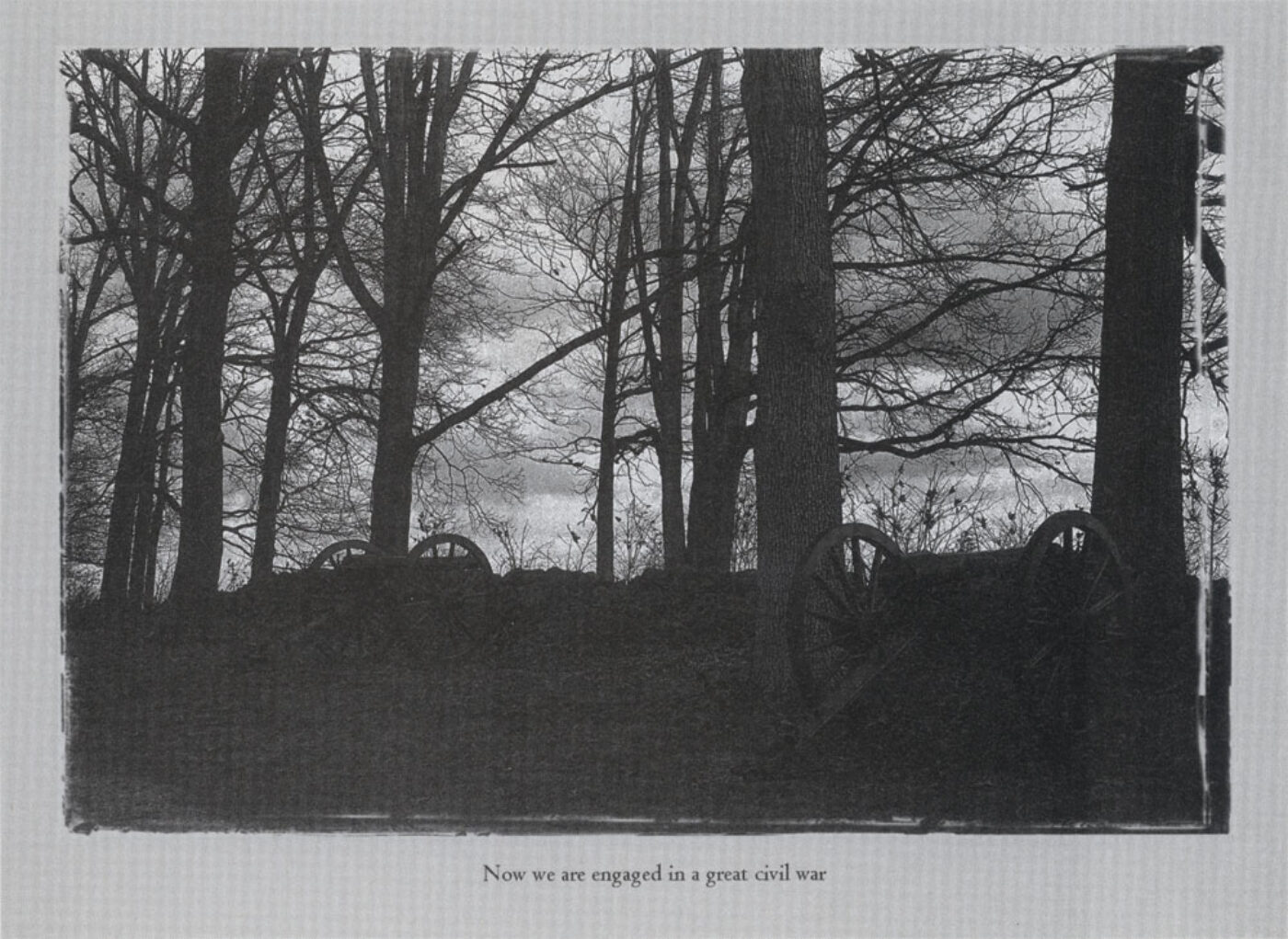 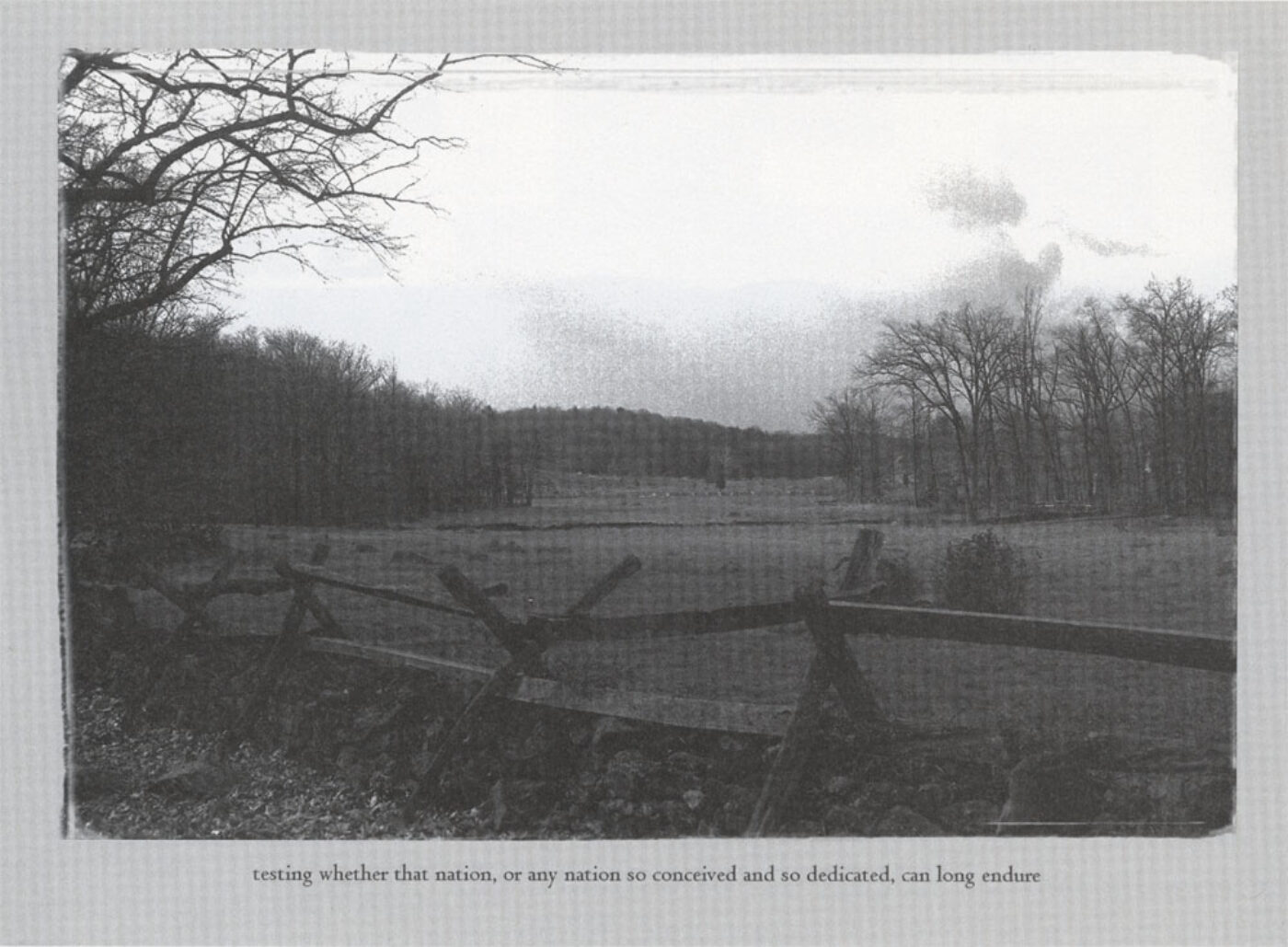 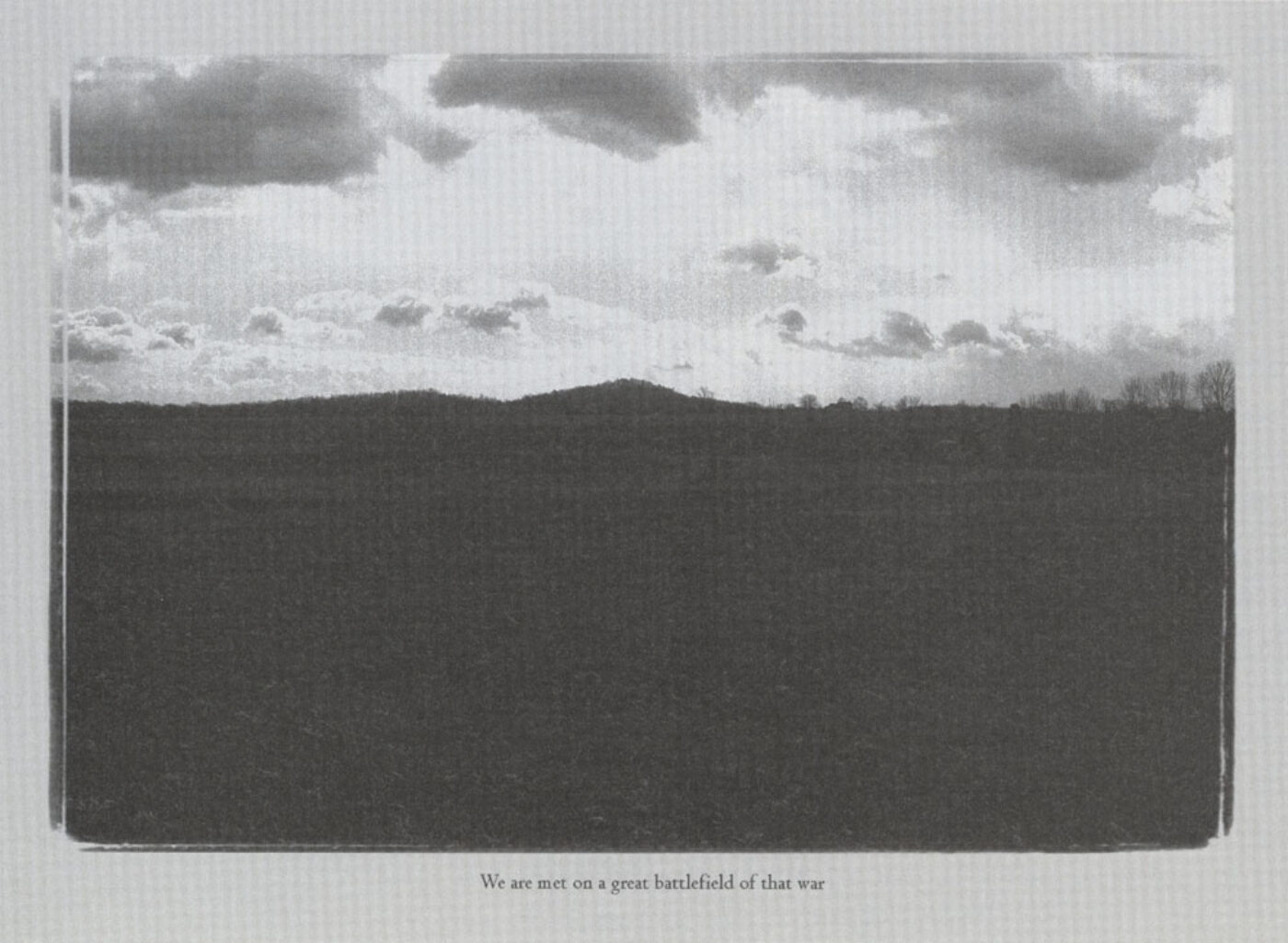 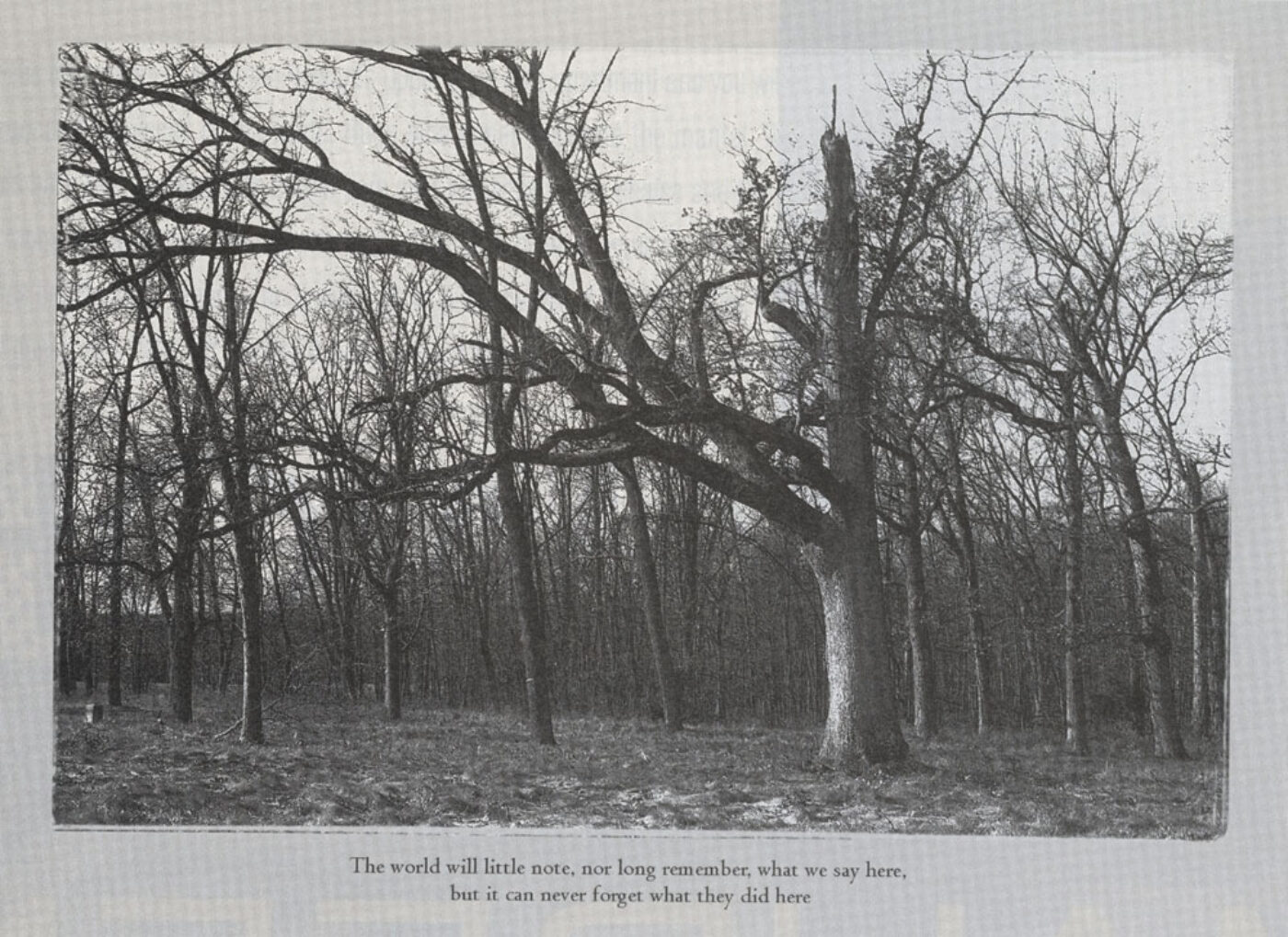 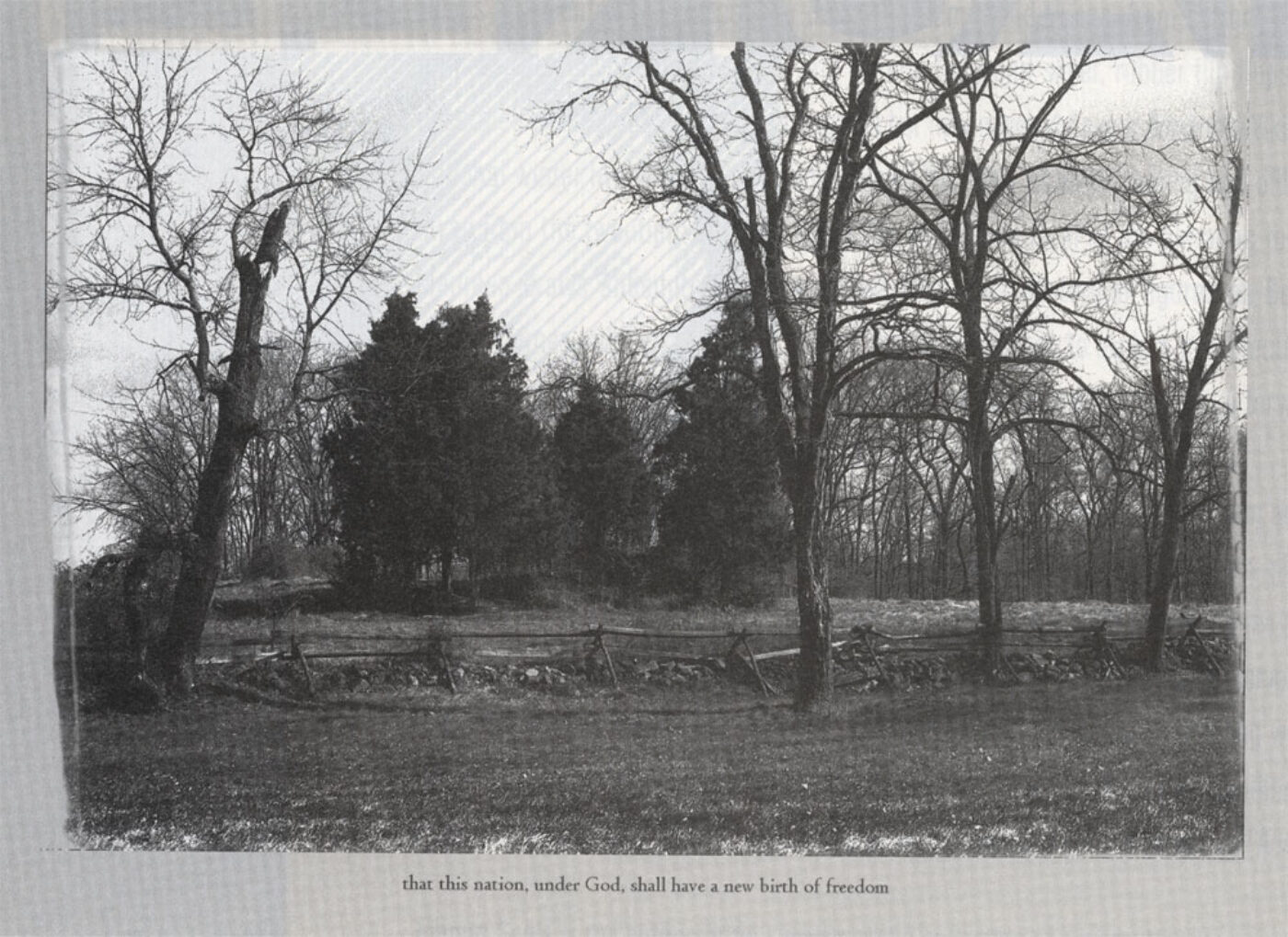