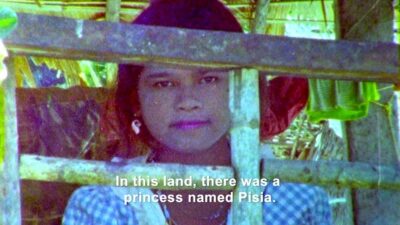 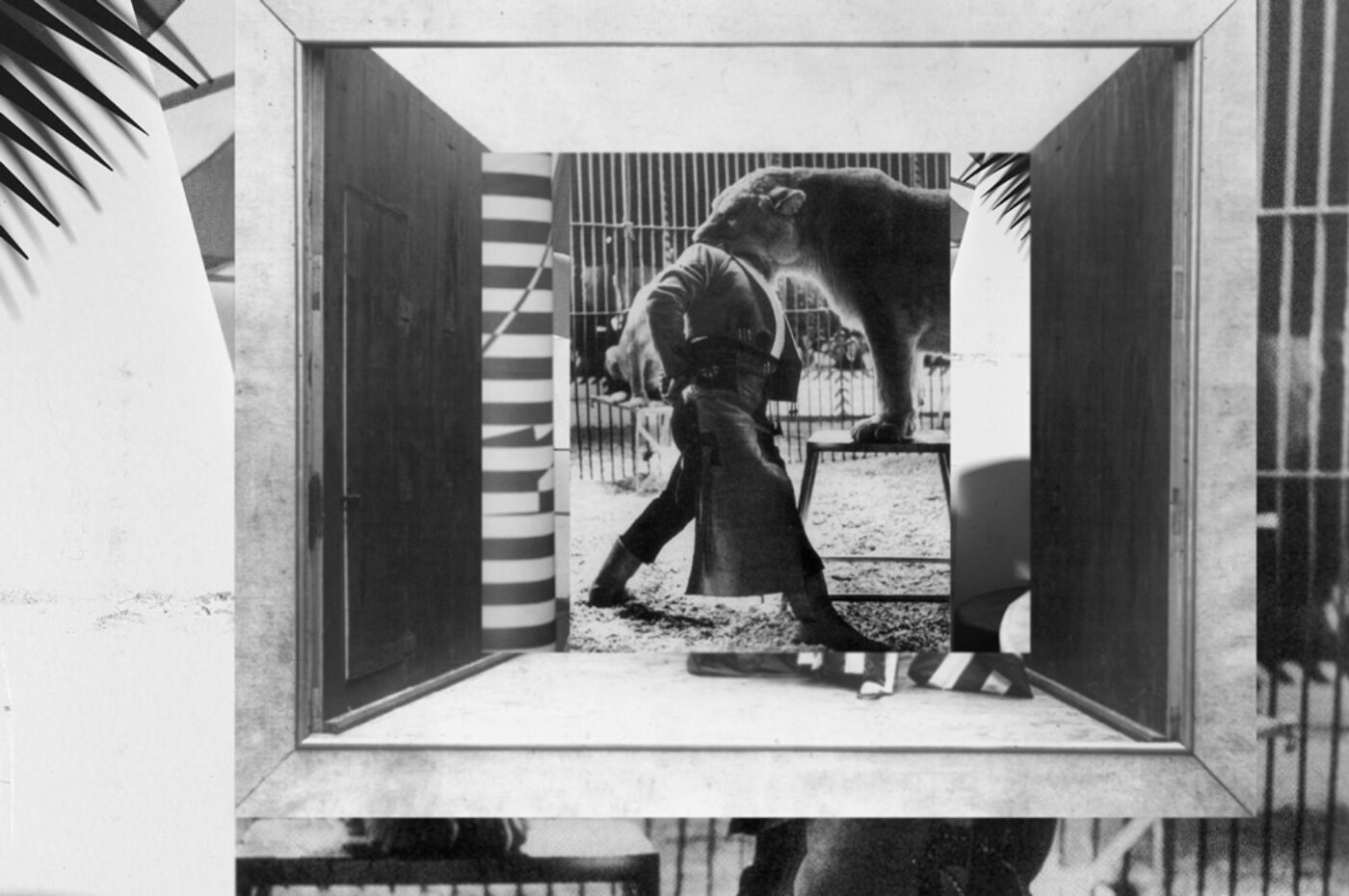 Translated from the Spanish by Alfred MacAdam

In those good old days, Salvador Arcavi, the first of a long series of Salvadors—traditionally all his descendants had the same name—though respectful of the Holy Book, decided he was not to going to be a prisoner to its letters. Following the prophecy Jacob made to his son (“Your hand will be on the neck of your enemy. Your father’s sons will bow down to you. Judah is a young lion.”), he became a lion tamer. His way to draw nearer to God was to study those beasts and to live an itinerant life, giving performances in which his union with his animals surpassed the limits of reality and reached the miraculous. The lions jumped through flaming hoops, balanced on the tight rope, danced on their hind legs, climbed up on one another to form a pyramid, spelled out the name of a spectator by choosing wooden letters, and, the greatest test, accepted within their jaws without hurting it the head of the tamer, then dragged him through the sawdust to draw a six-pointed star.

My ancestor had a simple method for making the beasts love him: he never forced them to do anything, and he made their training into a game. Whenever they wanted to eat, he fed them, and if they decided not to eat, he did not insist. If they wanted to sleep, he let them, and if they were rutting, he let them fornicate without distraction. He adopted the rhythm of the animals with care and tenderness. He let his hair grow into a mane, he ate raw meat, and he slept naked in the cage embracing his lions.

One day he found a Spanish girl, Estrella, who, drunk on his beastly aroma, abandoned the Christian religion and followed him so she could give herself to him, lying supine, whenever the animals went into heat. Cubs were born at the same time as human babies. At times, the woman gave her bosom to the tiny carnivores, while her own children crawled toward the teats of the lioness to slake their thirst.

They forgot Hebrew and used a limited Spanish of only a hundred words. The great cats learned most of those words and in turn taught their trainers an extensive range of growls. When rehearsals or shows ended, after dinner, at midnight, in the intimacy of the great cage, humans and animals would sit face to face to stare fixedly into one another’s eyes. In those moments, the lion was the teacher. It was he who was there, present, concentrating, with no interest in the past or the future, united with totality. In his animal body, the divine essence became palpable. The lion taught the Arcavis about economy of gestures, strength in repose, the pleasure of being alive, authenticity of feeling, obedience of oneself. Finally, seeing the nobility of the beast, his majestic inner solitude, they understood why Jacob compared Judah to a lion.

The Kabbalist rabbis of Toledo understood that a new form of biblical interpretation had been born. In silence, with the greatest respect, they entered the cage protected by the miraculous touch of Salvador’s hands. They meditated, staring into the lion’s eyes. They asked permission to bring their brothers in study, and with them came handsome old Arabs dressed in white and pale Catholic monks with sunken, burning eyes. The Koran, the Torah, and the Gospels were eclipsed by those imposing beasts, capable of standing so still that fireflies fleeing from the cold dawn rested on their warm skin, transforming them into phosphorescent statues.

When the first Salvador Arcavi began to die, he asked not to be buried. Instead, his body should be cut into pieces and fed to his lions. Estrella wanted to do it by herself. After the last morsel of her husband disappeared into the animals’ jaws, she went to the river to wash her reddened hands, undressed, stepped into the water, and let herself be carried off by the current. Her son Salvador kept the show going and soon married a good woman. On their wedding day, he changed her name to Estrella, his mother’s name.

The mystics from the three religions continued meditating opposite the lions. The years passed. The political situation changed. Hordes of fanatics began to burn the ghettos. The mystics stopped visiting. The wagons of the lion tamers passed through cities where converted Jews, sentenced to death by the Inquisition, were burning. The thriving communities became sad streets walked by dark rabbis, as circumspect as shadows.

An inexplicable instinct made the Arcavis go to Valencia. As they drew closer to the city gates, they came upon hundreds of families, guarded by soldiers, marching along the road in file upon melancholy file. They could carry little, just a few packages wrapped in embroidered cloth, nothing more. Why more, in any case? They’d been expelled from the country because they refused to convert, and when they reached the gates, the state police stripped them of most of their treasure. Ah, what a terrible year 1492 was! God was punishing them for wanting to plant roots in a land that wasn’t their own—these people whose mission was to wander and to plant the holy Word in all nations—by giving them thieves as their king and queen.

The gold they had honestly saved up for generations would flow into the royal treasury. The only wealth they could remove from the country, without fear of being despoiled, would be the Spanish language:

Holy language
It is you I adore
More than all silver
More than all gold.
Though my holy people
Have been made captive
Because of you, my beloved,
It has been consoled.

They reached Valencia. After painfully handing over their money, the Jews were in no hurry to board ships. As tranquil as a black lake, they slept all squeezed together on the docks and sea walls, ceaselessly praying for the Messiah to come and blast Isabel and Ferdinand. But God’s silence was the only answer they received to their mournful prayers. That multitude could have massacred the few soldiers present, but none of the Jews showed the slightest hint of rebellion. All they did was rock back and forth, chanting their prayers and staring at the heavens: to be humiliated and plundered was normal for them. They had to cut their beards and burn their Talmuds and Torahs. A mountain of burning books sent up sallow clouds.

The Arcavis, to open a path through the impenetrable mob, released the lions from their cages and walked ahead, leading them as if they were domestic dogs. They reached the dock, where the customs officials were shaving the expelled Jews before allowing them to set foot on the precarious boats. Nearby, in the garbage, lay a venerable old man: the officials thought it useless to cut off his beard because he was dying of fatigue, hunger, or sadness. Salvador recognized him. It was the Kabbalist Abramiel, leader of the group who had followed them throughout almost all of Spain, meditating at night opposite the lions. He brought the teat of a lioness to the old man’s mouth and squeezed in a gush of hot milk. Abramiel swallowed eagerly and then poured out a flood of tears that left white lines on his dirty cheeks.

“What sorrow, what shame, what despair! Sorrow because everything is gone with the wind. Even though we know our books by heart, it’s terrible to see them burn. Not for the words within, since we will someday write them down again, but for the pages we loved so much. For centuries, we washed our hands before touching them. They were our intimate friends, our real mothers. How can the flames devour those angels? Shame, because of those who chose to convert, to eat pork, to work on Saturday, not to circumcise their sons—those people are losing the meaning of life. Despair, because what we had achieved—peace among the three religions—has been destroyed, perhaps forever. The sacred books will become justification for murderers.”

The old man opened a pouch of violet leather, then looked right and left. He took out a small package wrapped in a silk handkerchief that was the same color as the pouch, unfolded it devoutly, and revealed a deck of cards:

“This humble game, which we’ve named Tarot, summarizes, without naming them, the three branches of wisdom—Judaism, Islam, and Christianity. We conceived it in the shadow of your lions. Thanks to their example, we were able to pass through the thicket of traditions to reach the single fountain. Staring at the beasts, who were neither asleep nor awake, we received the first twenty-two arcana. Each of their lines, their colors, was sent to us by God. Then we combined them in a game of fifty-six Arabic cards that we modified according to what was dictated to us. These cards are like your lions: you have to observe them in silence, memorizing trait after trait, tone after tone, to allow them to work from within, from the shadowy region of the spirit. The knowledge they will bestow on you will not be sought but received. Hunting is forbidden; only fishing is allowed.”

Alejandro Jodorowsky is known for films such as The Holy Mountain, El Topo, and most recently The Dance of Reality. He is also the author of many works of fiction and poetry, as well as plays, comic books, and essays. Where the Bird Sings Best, his “psychomagical”memoir, is now available in English from Restless Books.

Olivia Wyatt by Will Oldham 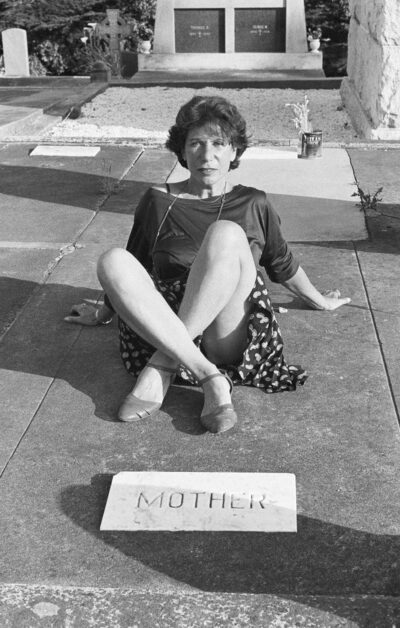 As her mother, Monique Sindler, lay dying, the artist Sophie Calle put a camera at her bedside in order to record her last words. Having always wished to be a part of her daughter’s work, her mother responded: “Finally!” 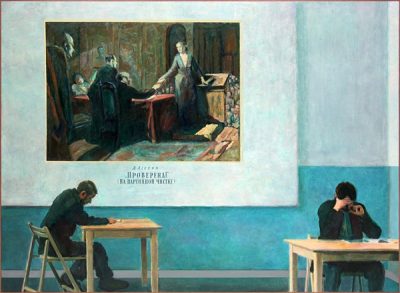 Emilia Kabakov talks about her need to live between reality and fantasy, and discusses paint in comparison to installation.