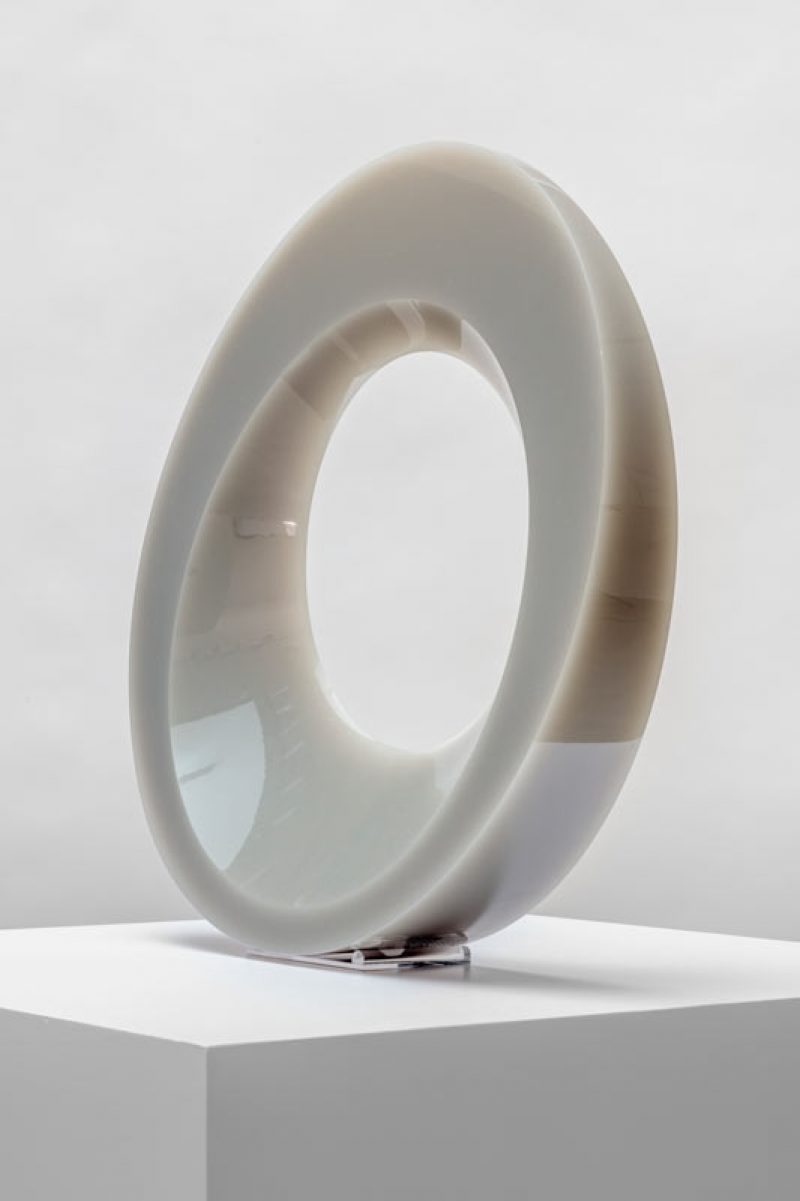 Art writers and curators often do somersaults to avoid talking about “energy” or any other New Age-y terms that may arise when writing about the California-based Light and Space movement. Light and Space has much in common with its East Coast cousin, Minimalism: stark, geometric forms made from industrial materials like luminous plastic, often polished to high-gloss effect. But while Minimalist artists resolutely rejected any possibility of illusion during the ’60s and ’70s, Light and Space artists had a more relaxed relationship to the oddities of perception. Still, curators steer the focus toward the production of these works rather than delve into any potential mystical or cosmic associations. And I get it—the manufacture of these works is intriguing, since sculptures by John McCracken or Larry Bell look less like things made by human hands than monolithic alien spacecraft of the like seen in sci-fi movies such as Kubrick’s 2001 and, more recently, Denis Villeneuve’s Arrival.

This elegantly compact exhibition at the Rose brings together thirteen works by Fred Eversley made from polished resin during the mid-to-late ’70s. Of these, the most striking are six identically sized discs—each with a diameter of twenty inches. Resting on pedestals that put the works on eye level, the discs, which are untitled, have a fetishistic vibe—they reminded me of ancient Celtic talismans. Some discs are concave: two have a transparent membrane at their center, while three others have been completely hollowed out, leaving apertures of various sizes. Leaning down to look through an opening in one of the discs, which Eversley calls “lenses,” I could imagine a Stonehenge scenario in which they line up with the setting sun. Although the show is titled Black, White, Grey, in reference to the monochromatic neutral color scheme, this title almost seems like dry commentary—since the rich shades and hues are more akin to rare materials such as dense ebony, ivory, and rose gold. 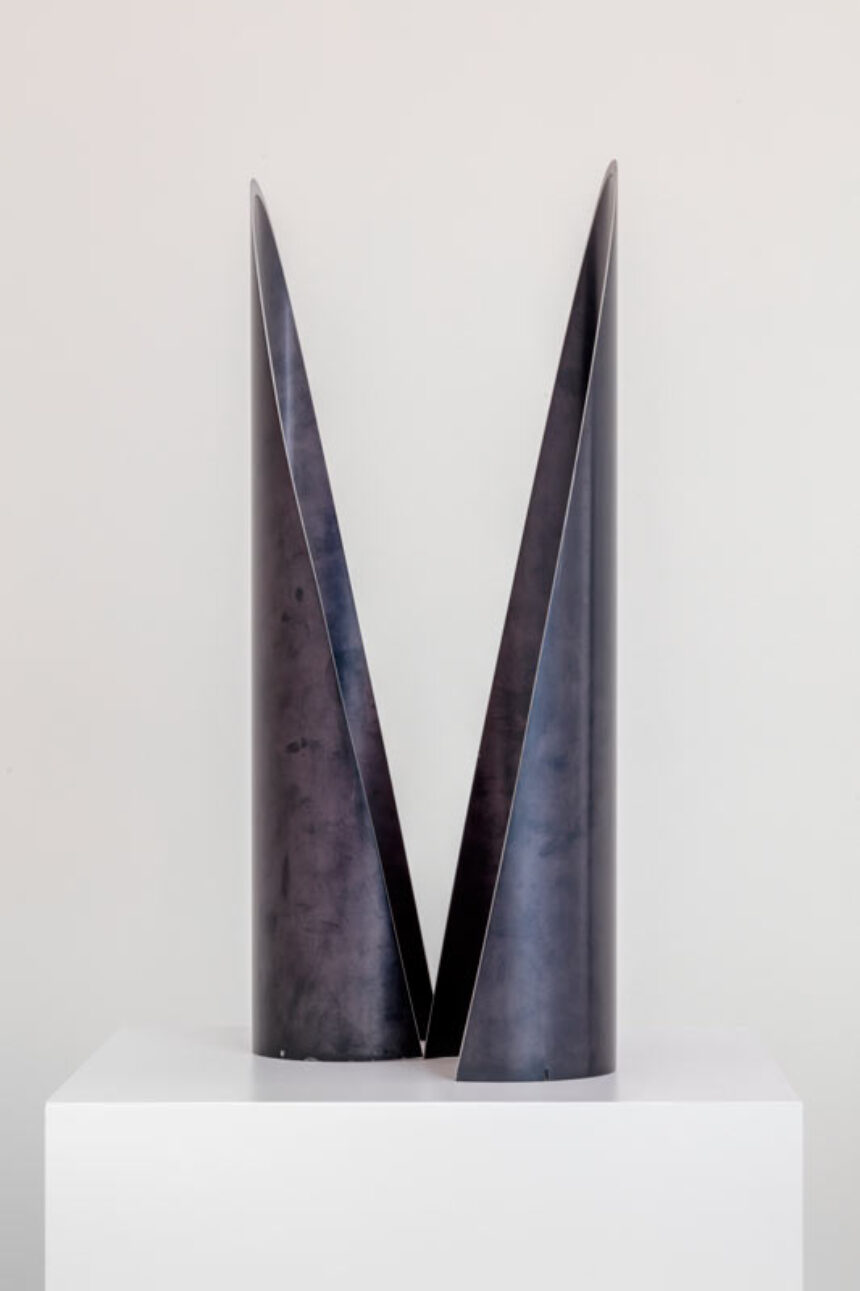 Of all the Light and Space artists, Brooklyn-born Eversley may have the most street cred when it comes to the physics of light and space. He moved to Los Angeles to work in the aerospace industry in 1964 and, after realizing that landlords were turning him away because of his skin color, he landed in the bohemian, integrated neighborhood of Venice Beach. It wasn’t long before his artist neighbors such as Bell, James Turrell, Robert Irwin, and McCracken began pestering him for advice on technical problems, and Eversley eventually abandoned engineering for art. 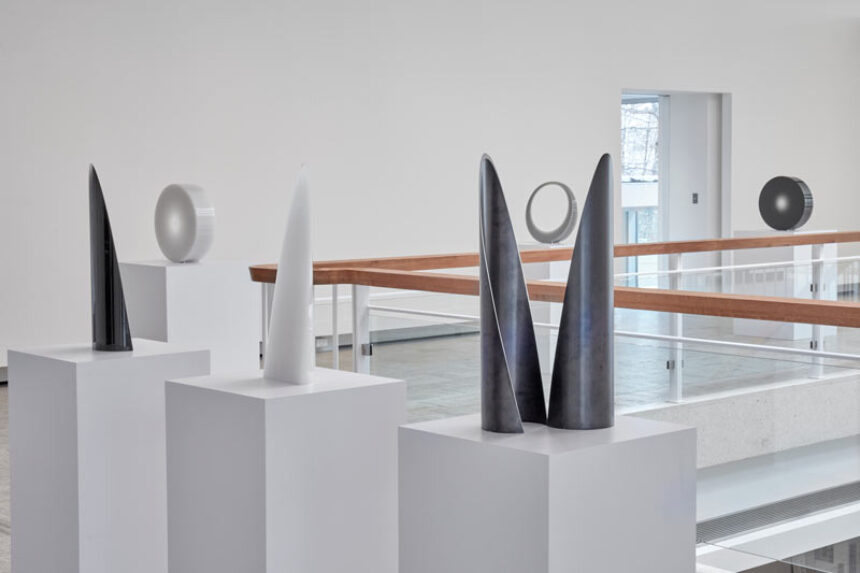 Eversley casts his work by using, according to curator Kim Conaty’s brochure essay, a “salvaged turntable that produced casings for the first atomic bombs.” There is something chilling but also rebellious in using equipment built to make weapons of mass destruction to make fine art instead. Three of the other works in the show are wall-mounted crescent shapes composed of small pieces of resin, two of them made from alternating pieces of black and white resin. Slender and delicate in appearance, but also long (the largest is almost 100 inches tall), they resemble giant feathers. Another work made from layered pieces of black resin is pyramidal in shape. All seem dreamy and strange, inviting your gaze to linger and your mind to wander. When Eversley made these works, he wanted to evoke “stars expanding their energy and becoming black holes, white dwarfs, and neutron stars.” If you’re fantasizing about life in other realms, Eversley’s work may be just the ticket. 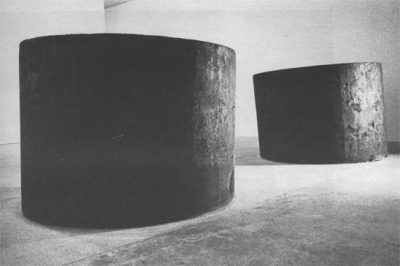 Photographer David Seidner talks to the master of sculpture, Richard Serra, whose work continues to be honored and comprehensively exhibited throughout the decades.

Domesticating Waves in the Netherlands by Stefan Helmreich 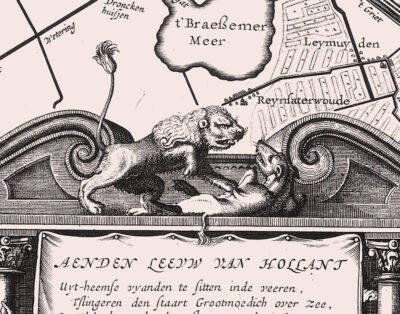 Two years back, in the midst of anthropological research about the science and culture of wave monitoring and modeling in the Netherlands, I joined in an event called Waterwolf 2016, a flood preparedness exercise staged in the small municipality of Marken, just twenty kilometers outside Amsterdam. I

Building a possible portrait of Chelsea Manning from DNA.