Four Poems from She Says by Vénus Khoury-Ghata 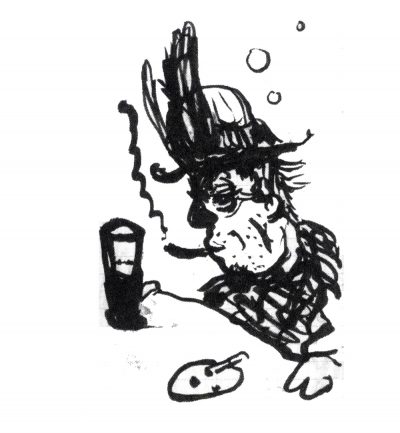 I’ll hunt down the fog that steals flocks and forms

Words, she says, used to be wolves
they lined up on the mountain peaks to tell the moon about the difficulty of climbing the slope
the complacency of the flocks
and the chaotic movements of migrating clouds

Translated from the French by Marilyn Hacker.

Marilyn Hacker is an award-winning poet who has published numerous collections. She lives in Paris, France, and New York where she is a professor of English and Creative Writing at City College.

—Vénus Khoury-Ghata is a Lebanese poet and novelist who has been a resident of France since 1973. She is the author of a dozen collections of poems and as many novels, including Here There Was Once a Country, also translated by Marilyn Hacker, Vacarme pour une lune morte: roman, and Mortemaison: roman. Her work has been translated into Italian, Russian, Dutch, German, and Arabic.

These four poems are reprinted from She Says, published by Graywolf Press in June 2003.

For a year Willie lived on the streets, near the Gare du Nord, and in squats where crackheads lived. He’d learned to spit on the system.

Other countries that went through hell in the 1990s—Rwanda, Bosnia—have had truth commissions and war crimes tribunals. Algeria has had amnesties, press censorship, and propaganda.