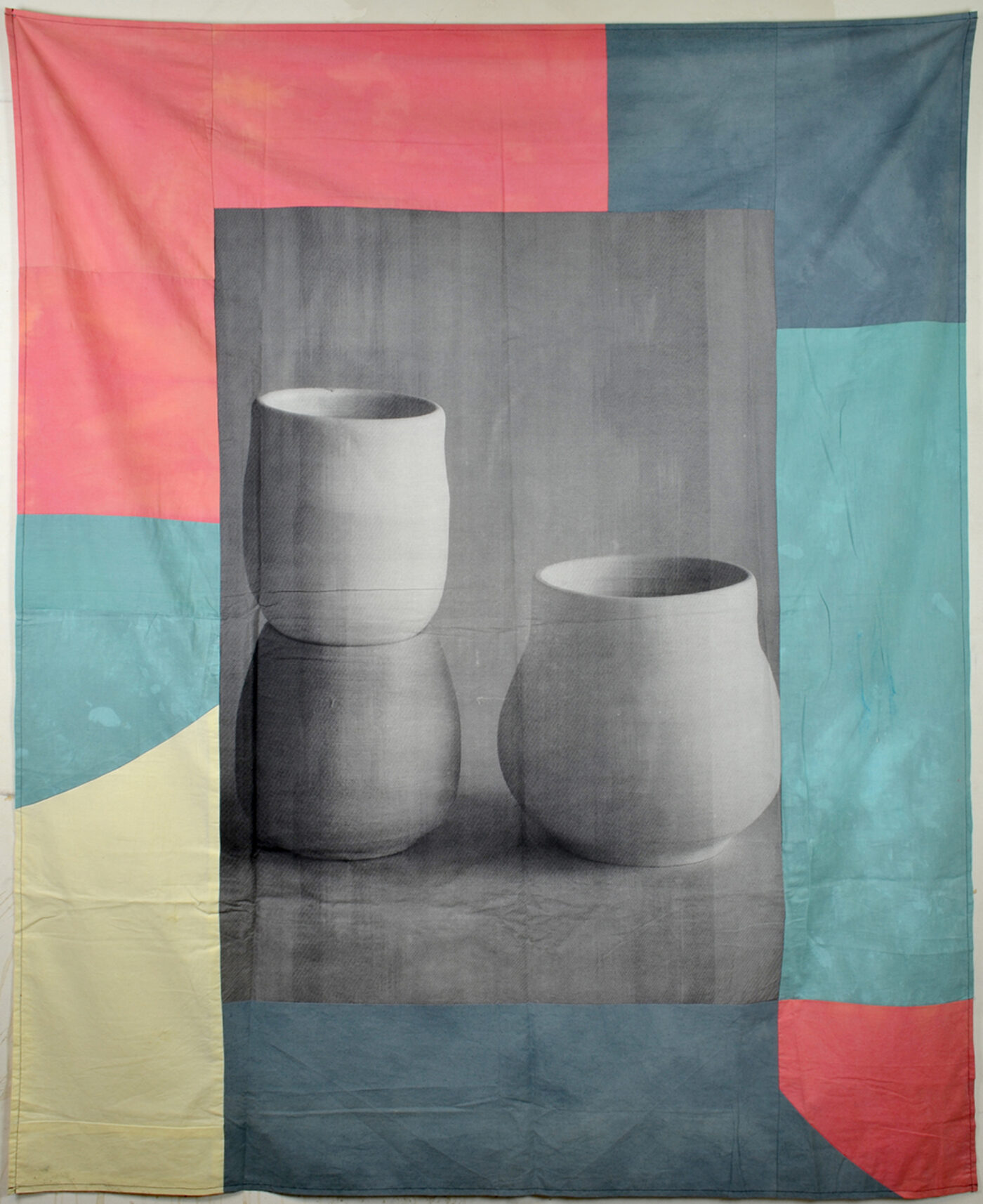 Christian Newby, Breton Wall I, 2013. Courtesy of the artist.

As if water would have three
skins, one Istanbul’s, one

birds’ and one still cobbled into
fingers’ gloves’ skin. How

to pumice the skin into pavement
for two, how to define its

feathers up and down. You crumple
yourself in the fish pond.

There they stain your iron shirt.
Burda lotuses float on

don’t spit pits. Pits fall out
their asses to the ground.

In the strainer (many floors, many holes, many houses)
there’s no combed stain. Deers rush with a load
on their backs with broad-shouldered stags. In the

strainer (in the midst of woods) when some sheet of
paper loses its way among putrid trunks, the window
beams. God no longer hears himself. The vault was

duped. Among fires and boats, among fluttering
of the covered ups. Meadows replaced God’s ears.
To put to envy those centrifugal ones he invented wet

shelves. As if the purse under the horse weren’t seen.
There are iron gates in the bodies. Again they moved
the furniture. Beer and coke cans lied among

cigarette butts. Frau Draschler punished the supplent.
Why didn’t she iron the socks? The earth is naked
like a pearl. Into the bag (before the giant with his eyes wakes

up) run the hidden ones. These are fluffs. Celeste Aida
rises without creaking. Celeeesteee Aiiiida. Behind
that stove where I peed my pants as a child

Fišer and Šteger now conceive little shits. We ressurrect
paprikas. We drowned the firing range. Drava
burnt chicken on the wall. Outsiders rush to the

tile. She walks with Sipko in the house. Paola
sleeps in bronze. There’s no apex, there’s no apex
in the wet fresh castle. There’s the night with rams.

What Does Poetry Do

The man is sixty-four and lectures something in his wickel-wackel
English. An undergrad illegally passes through his class. He

summer: the man is sixty-five, the undergrad writes a letter. Please,
a reference. The man goes to Paris to Gustave Moreau’s

house again after thirty-two years to write the real reference letter.
He ascertains: Gustave Moreau is a dead stuffed sphinx,

the undergrad is alive and beaming. He writes the real reference
letter. The battle unfolds. The best creative writing

no more the man’s student. The man won’t be jailed. Twenty-
two and sixty-six, both young. The man is dying fast.

Tarpaulins and Laces on the Tarpaulins

Are you worthy?
Are you a rag?

I take terrain and spread it out and
donate it and the terrain is gone.

He’ll donate a wheel to flappers
when he crosses the

bridge. The rag—water glitters.
Ants break through the earth, they break

through the water and come to air and
glitter.

The bridge has a knee.
The sun sucks the darkness.

All poems translated from the Slovenian by Michael Thomas Taren and the author.

Tomaž Šalamun was the author of over thirty collections of poetry. His book Soy Realidad, originally published in 1985, is now available in English from Dalkey Archive Press.

To the repentant philantropist / the blood runs short. / He drinks only the paste, the paste / of oxygen.