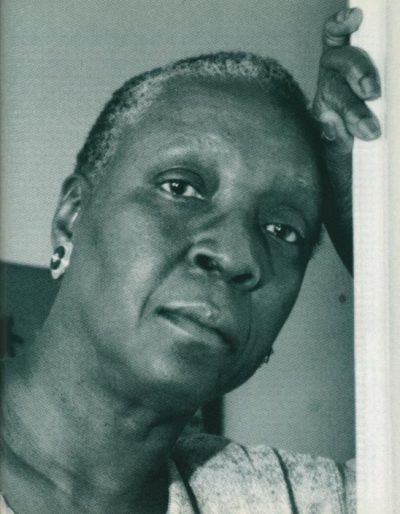 your eyes were a sea conch in which the heady battle
of your fifteen year old blood sparkled.
Even young they never had any age,
or rather more than all the skyscrapers
five centuries of torturers
of witch burners weighed on them,
five centuries of cheap gin of big cigars
of fat bellies filled with slices of rancid bibles
a five century mouth bitter with dowager sins,
they were five centuries old EMMETT TILL,
five centuries is the ageless age of Cain’s stake.
EMMETT TILL I say:
in the heart zero,
of blood not a drop,
and as for yours may it hide my Sun, may it mix with my bread:
—“Hey Chicago Boy
is it still true that you’re worth
as much as a white man?”
Spring, he believed in you. Even at the edge of night,
at the edge of the MISSISSIPPI rolling its bars, its barriers,
its tomb-like avalanches between the high banks of racial hatred.
In spring rushing its murmurs into the portholes of eyes.
In spring hound-calling the bovine panic in the savannas of the blood.
In spring slipping the gloves from its fine hands in a burst of shells and
siliquae,
loosener of fear clots, dissolver of the clots of hatred
swollen with age and in the flow of blood streams carrying
the hazardous rubric of stalked beasts.
But They
they were invulnerable, sluggish as they were,
and mounted, massively, on bizarre immemorial billygoats
—“CHICAGO BOY” …

All gone with the bleating of the racial wind
He listens in the blue bush of veins
to the steady singing of the blood bird,
he anticipates above the banks of sleep
Sun, the rise of your furtive step,
a vehement fish, in the astonishing blue field.

Then night remembered its arm
a vampire’s flabby flight suddenly hovering
and BIG MILLAM’S Colt 45
wrote the verdict and the state of the Union in rust letters on the living black
wall:

and the 180th year of these states
but in the heart unfeeling clockwork
what, nothing, zero
of blood not a drop
in the white heart’s tough antiseptic meat?

Undoubtedly it is absurd to hail this thrust in mid-ocean
still standing vertically amidst the clawings of the wind
whose heart triggers with each beat
a true liana delirium. Great sentence from a sensual eart
so stuttered on the mornes! “And who, who wants,” I heard
a voice with no sarcasm roar, “to partake
of the Soul of Man? Of the Spirit
of Combat? Of the Essence by virtue of which who falls falls
to stand again? Of the Leader Of Hearts? Of the Harrower
of Hell?” Then then my auger sight pressed on
and the vision laid its eggs relentlessly:

… On the State of the Union

I imagine this message in Congress on the state of the Union:
situation tragic,

left underground only 75 years of iron
50 years of cobalt
but 55 years worth of sulfur and 20 of bauxite
in the heart what?
Nothing, zero,
mine without ore,
cavern in which nothing prowls,
of blood not a drop left.

From My Stud Farms

Clouds, jump the tracks with a blowtorch! Rain violent girl unravel your shreds! Sea wound settle in with a hiss! All funnels and volcanoes adrift! Stampede mad gods! Blow your brains out! Let the fields be ripped apart by the trident and the pearl fishermen be catapulted to the very sky! A thought. What? The fire that is no longer squandered. What is possible tearing in its sumptuous chest everything slow in becoming.
Night. What? The entire matter which weighs and exhausts itself to become space. The password. What? To pass the world through a sieve and the lack of solidarity in each subterfuge.
Times of lightning, times of lightning, placid beasts, frenzied beasts, plodding beasts, at my call by nostrils and foamings you used to run out of the stables of the sky

Stranded dried up dreams flush with the muzzles of rivers create
formidable piles of mute bones
the too swift hopes crawl scrupulously
like tamed snakes
one does not leave one never leaves
as for me I have halted, faithful, on the island
standing like Prester John slightly sideways to the sea
and sculptured at snout level by waves and bird droppings
things things it is to you that I give
my crazed violent face ripped open in the whirlpool’s depths
my face tender with fragile coves where lymphs are warming
it is myself terror it is myself
the brother of this volcano which certain without saying a word
ruminates an indefinable something that is sure
and passage as well for birds of the wind
which often stop to sleep for a season
it is thyself sweetness it is thyself
run through by the eternal sword
and the entire day advancing
branded with the red-hot iron of foundered things
and of recollected sun