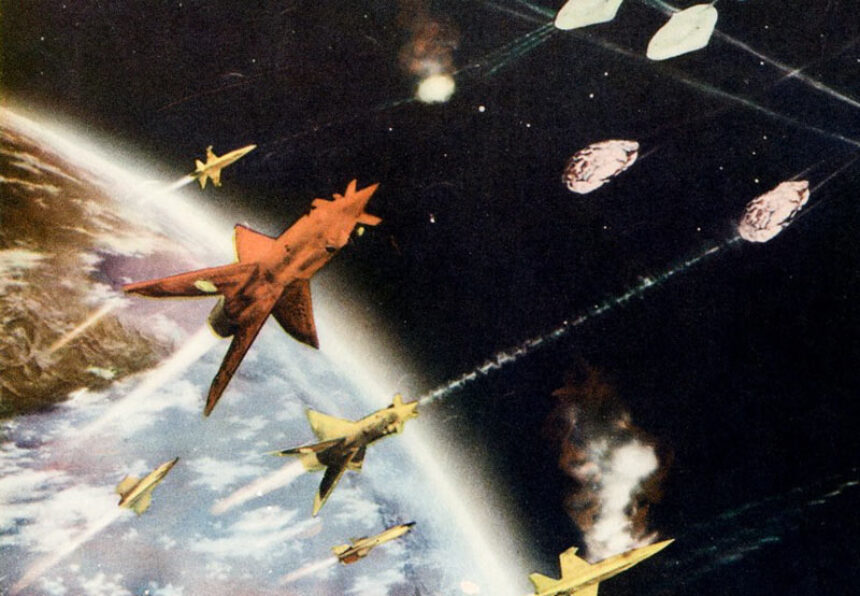 We Three (Dalkey Archives, 2017), Jean Echenoz’s cavalier narrative experiment available this month for the first time in English, is a product of a certain prehistory in its author’s career, penned well before he won the Prix Goncourt or had any of his novels, like 1914, become required reading in French schools. We Three was originally published in 1992, as his star was on the rise but before it had found its place in the French literary firmament. Perhaps that explains why, while reading it, one can’t shake the feeling of a gifted writer intent on seeing what he can get away with and then fudging in a plot around the fun parts.

Which isn’t to say that the novel’s drama isn’t tightly wound. After all, it bridges an earthquake and a space shuttle launch in under 150 pages. It opens with a third-person perspective on a grouse-prone aerospace engineer named Louis Meyer. The narrator is full of personality (scenes are often framed by phrases like “consider for me this individual” and “let’s not forget”) but quick to establish its omniscient bona fides: Meyer is, we’re told, “an astigmatic man and a graduate of the École Polytechnique, forty-nine years old last Thursday, a specialist in ceramic engines.” Like a child, the narrator seems intent on demonstrating for the reader all the cool stuff he knows. That jocular sort of insecurity is more understandable once the narrator’s true identity as the playboy astronaut DeMilo is revealed. DeMilo’s most important daily activity (aside from fielding occasional calls from Blondel, his boss at the space agency, and entertaining a glamorous photographer friend) is working out—”rowing, bench press, flex, maintenance of biceps and triceps brachii, work on the quadriceps femoris. Abdominals, abdominals.”

In between reps, he finds time to monitor Meyer as he vacations in Marseilles, meets a mysterious woman, and survives an earthquake. Plot-wise, these escapades are little more than prologue for when Mayer returns to Paris and is recruited by Blondel to fill a vacancy on a pending space shuttle launch (“The Americans are lending us an orbiter,” Blondel tells Meyer, “We’re fixing it up as cheaply as possible.”) It’s a thin excuse to get an engineer on a rocket, but it does the job of bringing narrator and subject together. The two men greet each other, but despite the book’s formal conceit reaching its apparent apex, the result is somewhat lackluster—DeMilo observes only that the engineer isn’t “very talkative.” 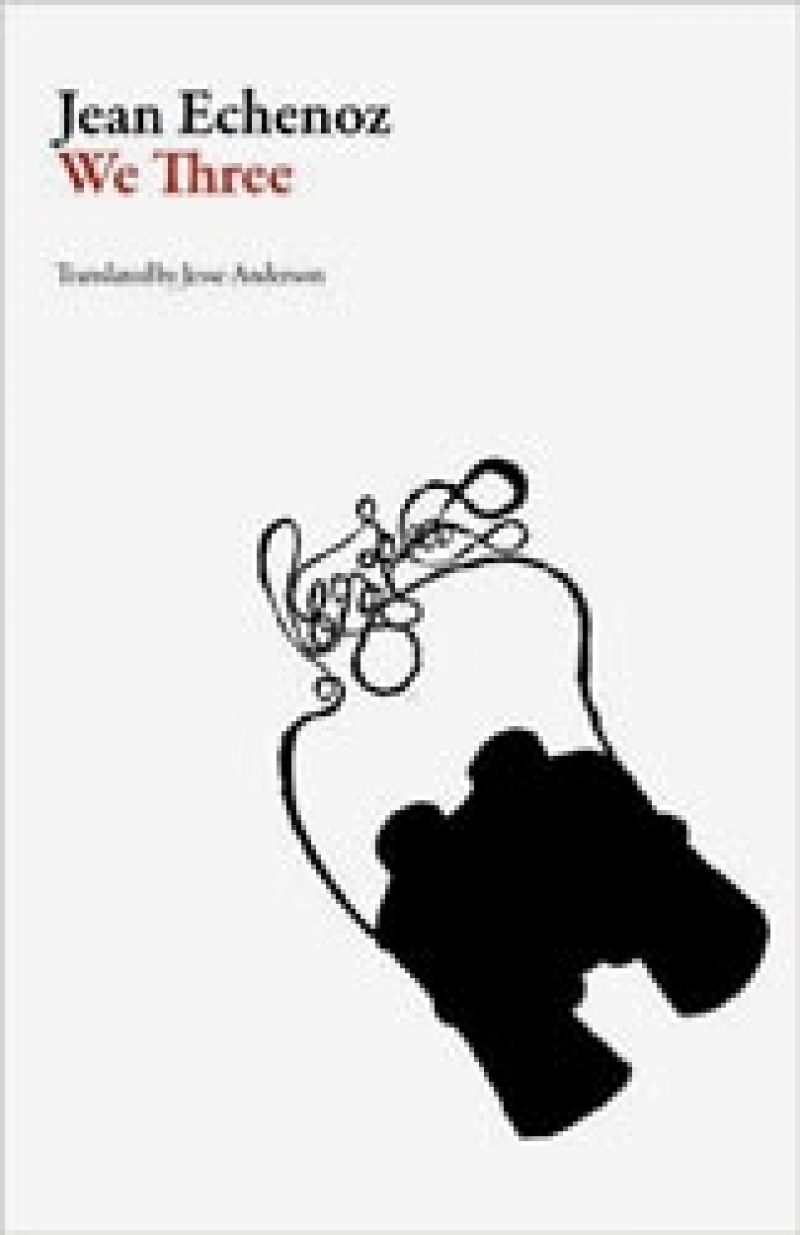 DeMilo is a cool haircut with mirror muscles. He checks all the boxes of the subjective narrator, but without adding much to the understanding of the events he describes. He could explore the uncomfortable relationship between Meyer and the woman he rescues from Marseilles, but he prefers instead to describe how the earthquake turns the ground into “a living toboggan lifting up the green spaces and the avenues… Sometimes entire blocks collapse in unison. Sometimes, held up by a neighbor, they remain standing at a tilt, bent over like a man vomiting off balance…”

Lucie’s arrival at the launch site completes the title’s prophesied love triangle, and her previous affairs are dispensed with by casting them as the treatment for an overwrought Hollywood movie. Any potential emotional processing doesn’t matter to the narrative—the zero-gravity sex that follows, does. When DeMilo attempts to steal Lucie away from Meyer, the imagistic forces he imposes while waiting for a date with her are downright biblical: rain of blood, print of toads… you get the idea. The images edge out whatever traces of comedy remained, and without it the tone of the whole affair shifts dramatically; Lucie’s inscrutable admiration of DeMilo is a turning point, a moment for Echenoz to acknowledge there are things he is not yet prepared to write. Natural disasters and formally inventive narrators? Check. Women? Back to the drawing board.

Echenoz’ descriptions of the earthquake are a joy to read, but their intensity is not borne out by their relevance to the novel’s action. Compare that to a chapter in 1914, one of Echneoz’s later novels. After listing off the furniture that occupies a bedroom (including a bed “of wild cherry” and an “armoire of yellow pine”) he continues:

So, an unusual ambience, and one wonders whether it arises from the mismatched edges—unexpected in what should be a meticulously appointed bourgeois house—of this faded wallpaper in which the bouquets are wilted as well, or from the astonishing variety of furniture woods: one wonders at first how so many materials can get along together. And then one quickly senses that they do not get along at all, they cannot even stand one another, which probably explains the strange ambience: that must be it.

The dawning realization of the “strange ambience” of the place marks the shifting of the continent over the course of weeks from uneasy peace to total war. Placing a frolicing formal experiment against a grave retelling of one of the twentieth century’s great horrors is hardly fair, but it’s at least illustrative of how Echenoz was eventually able to harness the immense talent he puts on display in We Three, a fun beginning to an astonishing career.

Kyle Paoletta is a researcher at GQ. He tweets @KPaoletta.

“The novel is a race, and I can see the finish line from the first sentence: it’s an intuition that magnetizes the entire text. The closer I get to the goal, the faster I want to go.”