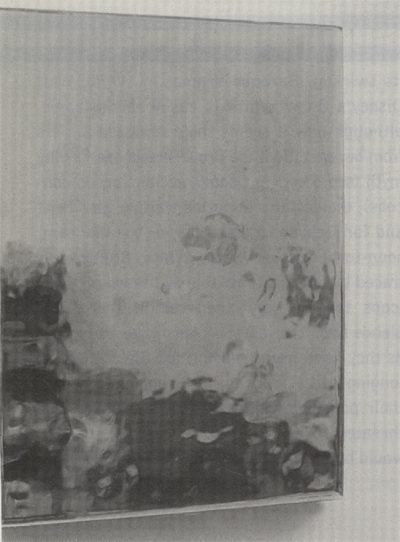 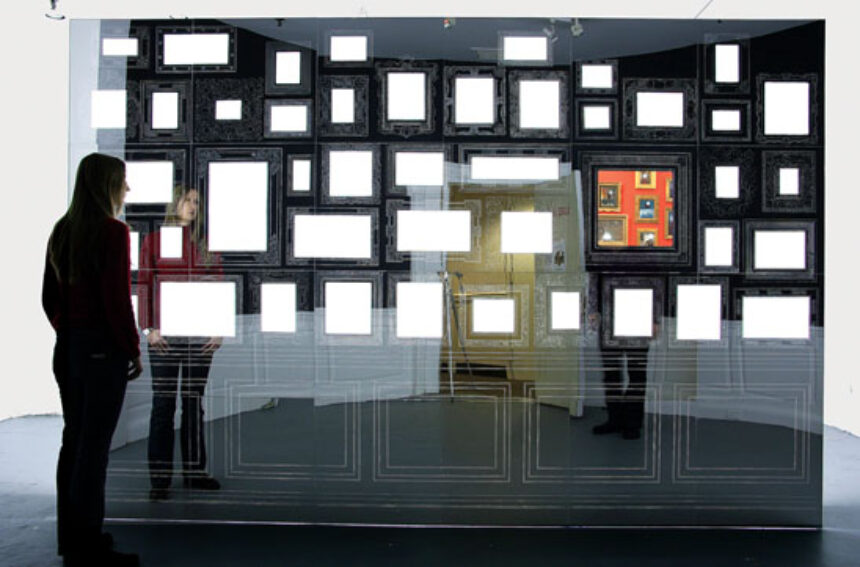 Failure notice. By now we have all received any number of messages with this hyperbolic yet frightening subject line when our e-mails have bounced back. The worst communication breakdowns happen when we’re not even aware that we have been unable to get through. Ellen Harvey’s ongoing project “The Museum of Failure” is a playful and effective reminder of our botched attempts at communication and artistic expression. That “all art fails,” as she admits in the project’s statement, is no reason to stop making art. On the contrary: it is the departure point for a stimulating exploration of the contradictions of representation. If art is a mirror, it imperfectly reflects not only its subject but the conventions of artmaking as well as the context of its production and reception. The Collection of Impossible Subjects, a freestanding Plexiglas mirror etched with assorted frames to resemble a museum wall, focuses on the spectator’s determining role. Hung salon-style, the “pictures” frame not art but only fractured reflections of the gallery, the work’s intermittent viewers, and in one case, open space. The paintings titled Invisible Self-Portraits feature the artist photographing herself in mirrors, the obliterating flash poignantly registering the futility of her efforts to portray herself in a variety of private settings.

This is consistent with Harvey’s painting-based interventions in which everything bounces in time or space and a range of aesthetic conventions are mined. New York Beautification Project equates today’s graffiti art with Old Master landscapes. For Derenovation Harvey intervened in a building in Poland, “restoring” one wall to its condition prior to renovation, painting trompe-l’oeil framed depictions of peeling paint directly on the wall, and hanging corresponding framed mirrors on the opposite wall. Wallpaper for the Rich acknowledges the market’s role in contemporary practices as well as artists’ most dreaded collectors: those who seek art as ornament. 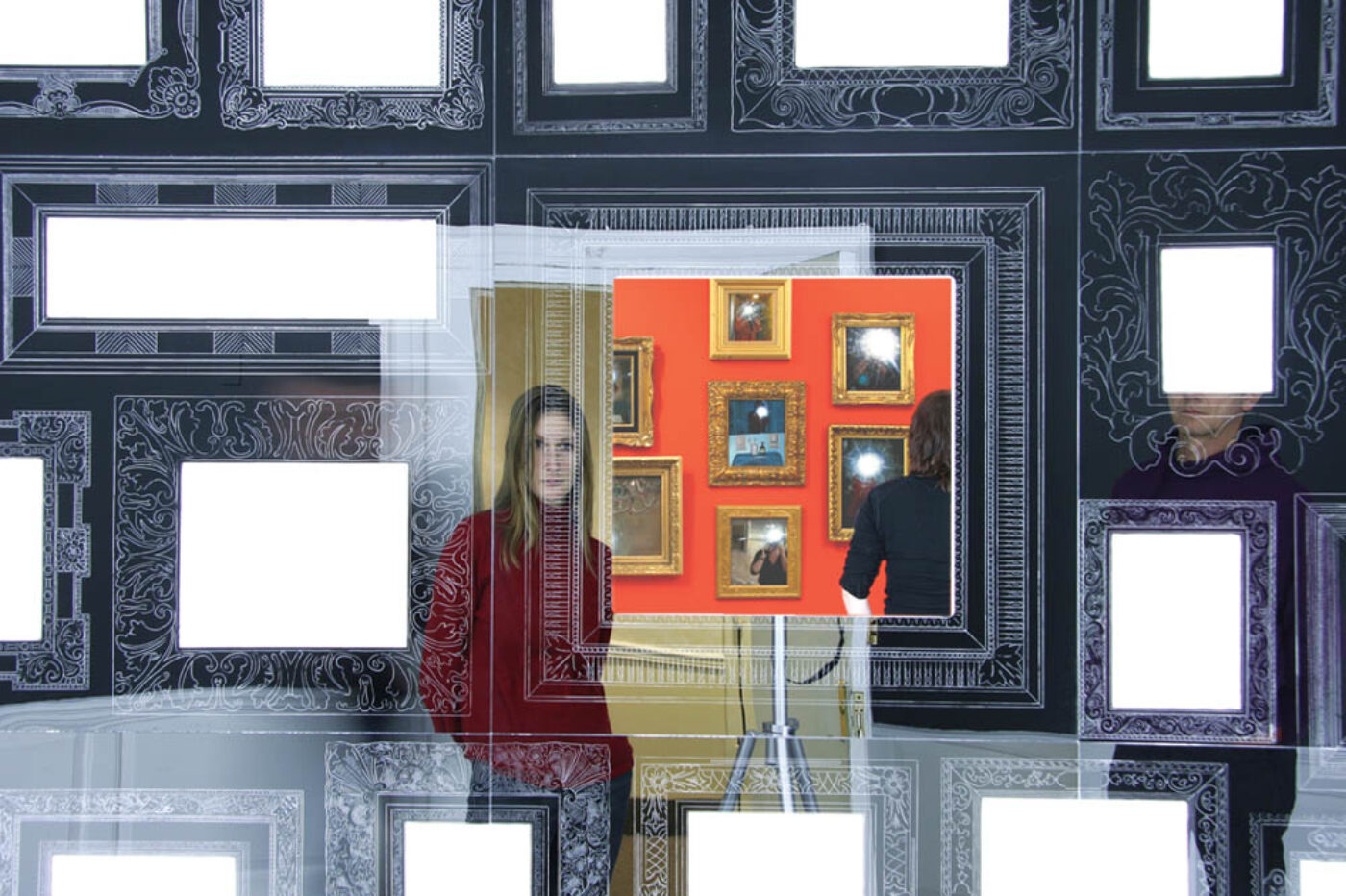 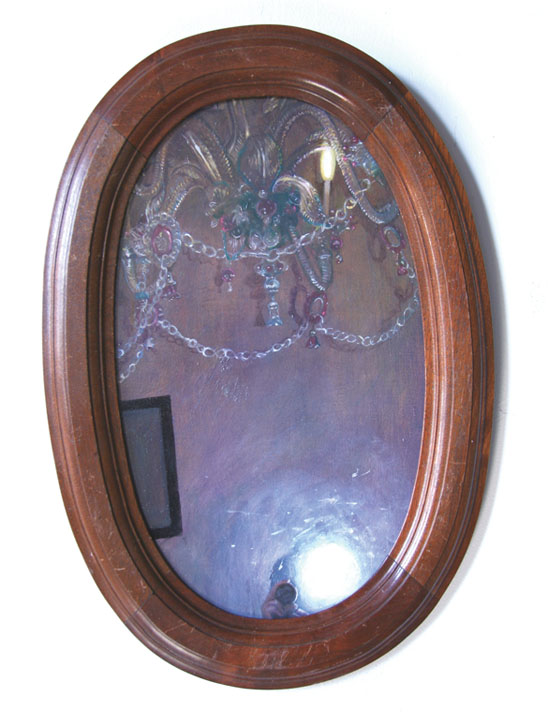 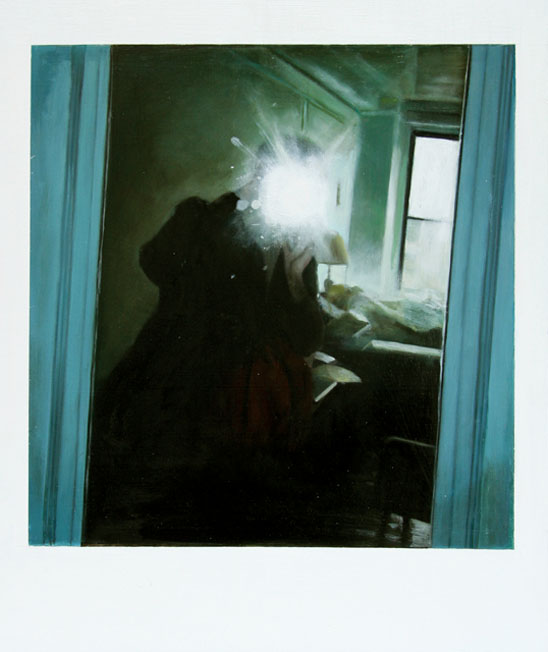 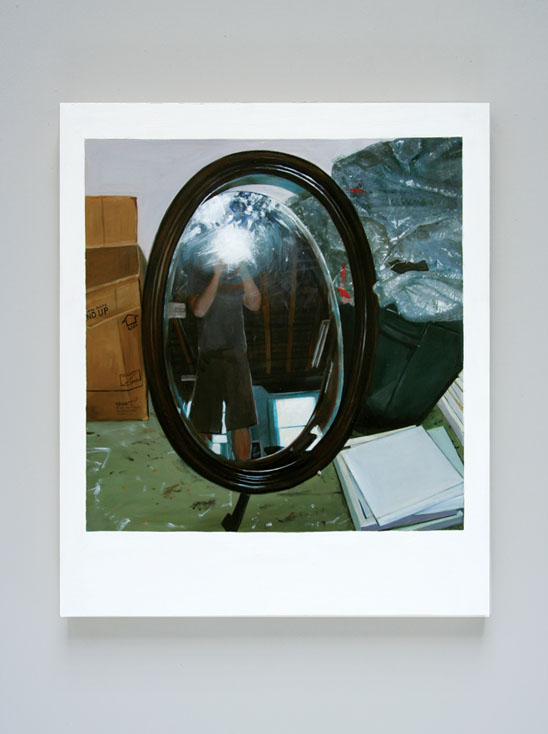 Throughout her career, Harvey has had the common sense not to fight the clichés dictating taste but instead to make them work for her. Her strategies recall Flaubert’s Dictionary of Received Ideas, the compendium of irresistible platitudes that have plagued ordinary speech at least since the nineteenth century. More than 130 years ago, the claim that photography would replace paintings was already a commonplace. Rather than pretend to be impervious to the predicament of figuration, Harvey’s practice takes it to absurd levels reminiscent of Borges. Her approach in exploding art’s clichés wouldn’t be as innovative if she worked in new media only. She’s hyper-aware that the pursuit of self-expression and originality is the most trite of artistic undertakings. The rest is funhouse mirror.

The following four images are from the The New York Beautification Project (installations and details), 1999–2001. 40 paintings, oil on New York City, each 5 × 7 inches. All photos courtesy of the artist. 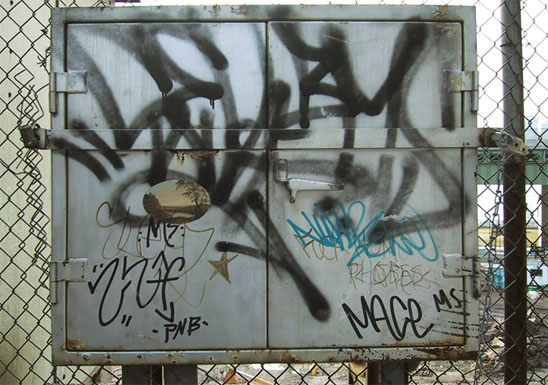 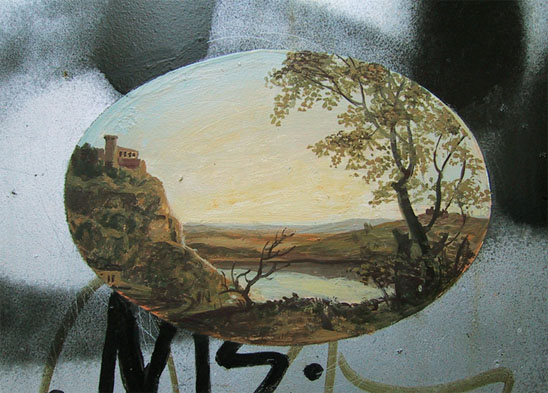 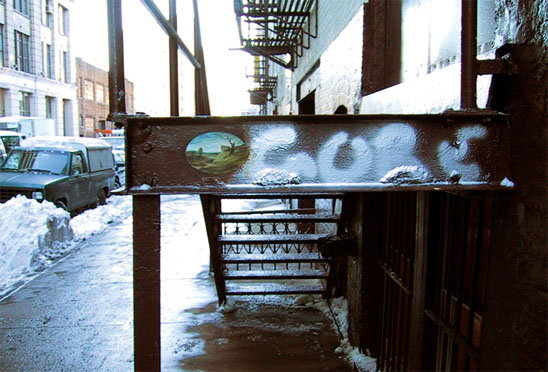 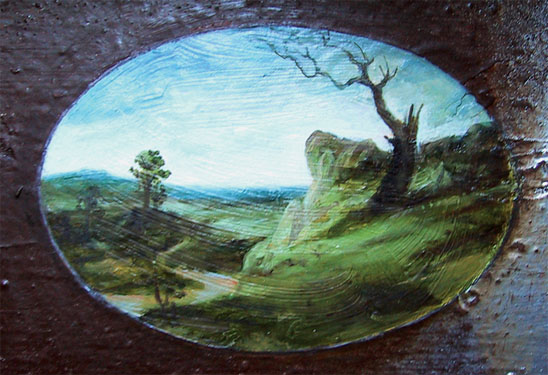 Mónica de la Torre is a poet based in Brooklyn. 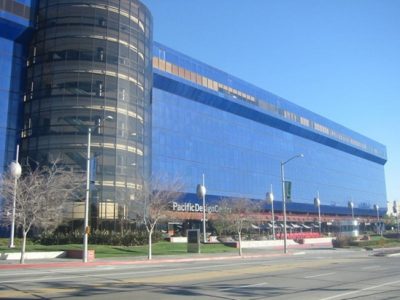 On the last weekend of January, the Art Los Angeles Contemporary fair (ALAC) stamped an impressive footprint on the second floor of the Pacific Design Center (PDC). 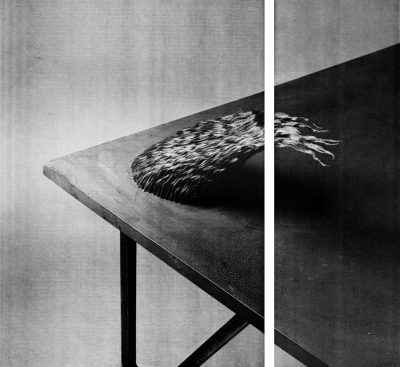 “Air Canada flight 664 to Toronto is non-smoking,” reported the attendant.