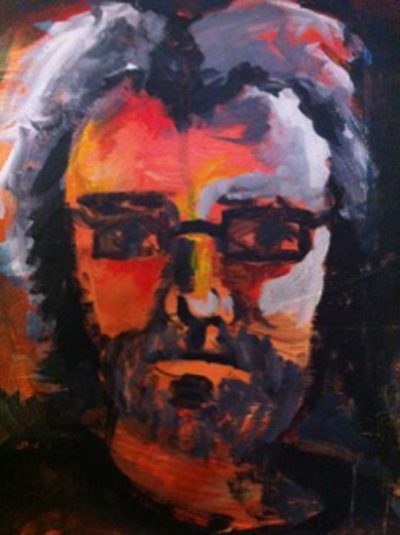 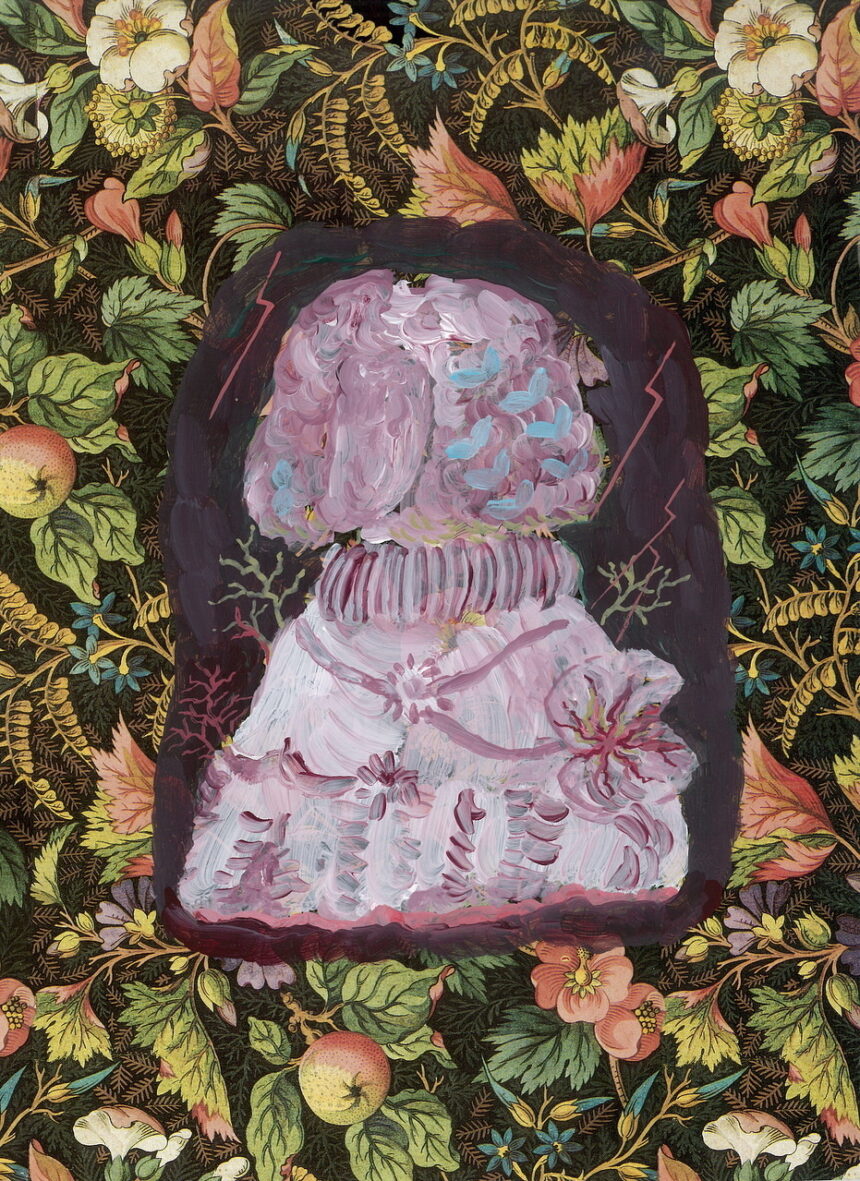 Elizabeth Mikesch’s debut novella, Niceties, is a collection of domestic fairytales that evoke the kind of suburban witchcraft of Harmony Korine, Vladimir Nabokov, and Catherine Breillat. Presumably based on the author’s experiences as a precocious child living in Small Town, USA, the book is composed of a series of loosely related miniatures on eroticism, witchery, and boredom, which occasionally braid and loop back on one another as if through the tiny nooks of the book’s imaginary floor plan. Mikesch’s sentences are, throughout, pleasantly plump and oleaginous, seeping with the sights and smells of pubescence: grandmother’s repasts, masturbatory bed-sheets, and nocturnal beasties. “We were sleeveless daughters once in the sleet nights of the wild fields, smokes and talk, eyelids stained, in the spunout drives, riding suicide, in the chardark, in the moonlight,” she writes of the rituals of teenage girls in the parlance of a millennial Sibyl. “There was hiding coughing—do not make a sound—inhale a puff of a poison, did the coffin slam shut?” Its familial subject matter, often portrayed in illicit and traumatic vignettes, and a lyrical, albeit dissonant, use of language makes Niceties a rewarding experiment in the linkages between Victorian “house” literature and the transgressive, free-versification of the archly feminist New Narrative.

Erik S. Morse What was the house you grew up in like?

Elizabeth Mikesch I am generally a guest where I go. I spent time in several houses growing up. I was babysat in one where a gerbil died, a mother committed suicide, a father locked himself in his room until there was no daylight and played sheriff.

In another, there were the warm wood floors of my great-grandfather. In the next, there were spiders. I spent time on the cigarette sofas of aunts. I peed My Little Pony sleeping bags at a hoarder’s sleepover.

I spent a lot of time at my grandmother’s house, which is in all ways like Miracle Whip. Her clock was in charge. I watched soap operas and ate chocolate chips from measuring cups. Hockey gear was strewn. Snow grew higher than the house. A lot of phone calls and teenage sex took place amongst my youngest uncles. I liked listening in on their calls.

ESM Did you live closer to the basement or attic?

EM The longest duration I have lived anywhere was the basement of my adolescence. The computer invited strangers in through windows. The telephone beside the bed shone deep voices through dirty holes where my makeup wore off to my sore insides on the other line. This room is where I never slept, perioded my bed.

We lived in a swamp. The land in the town was bad. There was clay for me to sled down. Snakes visited my laundry basket. I became so afraid of the feeling of my bedroom that I slept on a couch junk-picked from my stepfather’s coworker, just outside the door, where the TV was my psyche. I drank two liters, made mixed CDs, and became scholarly about the cost/benefit comparison of non-gratifying cybersexualities versus non-gratifying high school.

ESM Tell me about the family living under your roof. Which of them most influenced your desire to write?

EM My grandmother, Suzanne, is a great source of lore. She speaks in an elongated accent, invents intent, was one of eleven children, and leads the anti-celebratory life of a Jehovah’s Witness. My brothers are identical twins, which interests me—their shorthand and innate conflict in constant belonging. My mythical dad is a cretin of habit with narrow, nearly religious interest in eating, sports, and self. My mother kept books out, astrology and John Irving, which I would perve through. I liked hearing bible stories and recreating them with Barbies. I made my Aladdin and Jasmine dolls get naked with the New World Translationbetween them on the guest bed, and I remember getting in trouble for that. It looked very symmetrical. No one influenced my desire to write. First, I’m a secretive person. Last, I needed a way to not be a bitch aloud.

ESM There is something about the detailed depictions of small-town life in Niceties that reads as elegiac for an era of suburbanization that has rapidly disappeared. In reading the book, I couldn’t help but picture my own childhood in the 80s that pre-dated the corporate and technological restructuring of everyday life in the suburbs.  Do you think there is a pronounced motivation of nostalgia in how you envisioned Niceties?

EM When a person’s phone dies, I become aroused. I wish life were a power outage. I think I like the word wistful. I am nostalgic for the sound of a word, to hear it again just so. I’m nostalgic for girlhood. Niceties is for girls that are shaped nice—like nice titties—who inside are made of hardware and armor, maybe from the internet washing over us. I lost myself to the web right at right around thirteen, which feels like a generational thing. My next project is going to attack that space.

ESM What rituals, objects, and activities do you most miss from this prelapsarian period?

EM I love to sit on laps and be carried around. I miss the twisted plotlines of playing dolls and stuffed animals. I miss having my hair braided. I liked learning lame, expressive songs in music class at school. I liked how long time felt. “My grandfather’s clock was too large for the shelf/ so it stood 90 years on the floor/ It was taller by half than the old man himself/ But it weighed not a pennyweight more.”

ESM How did the rituals and cadences of childhood—sing-alongs, fairytales, games—inspire the way you imagined the prose-poetry and meters in Niceties?

EM I grew up in a traveling children’s choir, and we were to sing small songs, which told stories. We were coached to belabor their delivery. I was rather tall and fat for my age, and I needed higher and lower registers in which to escape. I fell into singing in irregular ranges. My voice shape-shifts pitches still today. This will pass the time until I die, mostly in the car or home alone.

ESM Did you believe in witches, ghosts, or vampires as a child?

EM I was terrified of falling asleep as a child. Night and naps were the biggest villains. “Sleeping is giving in,” like the song says. I’m still that way. I never sleep.

I could feel the pH levels of interaction around adults. There’s nothing more supernatural than connecting what people say and what they mean. If something was covert, or there was a sexual undercurrent to a conversation or stance between adults, I tended to feel metallic in my belly.

ESM How important, do you think, was Halloween in the formation of your aesthetic and imagination?

EM Unimportant. I like Halloween, but I didn’t celebrate it very intensely until I was nineteen. I didn’t long for it like I longed for birthdays, which seem mystical.

ESM At what age did you begin taking pen to paper … or fingers to keyboard?

EM My first poem was when I was four. “Bear, Bear/ Sitting in a chair/ Would you dare to eat bubblegum?” The illustration was an overlarge bear in an uncomfortable-looking rocking chair with implied gum. Gum is one of my biggest phobias to this day. At the time, I considered a large, stuffed bear named Homer to be my legal husband. He wore a sombrero for car rides and required being buckled up for safety, much like myself. We held hands in the back.

I started writing as soon as I could. I wrote novellas, Leonardo DiCaprio fan fiction, poetry, songs, and short stories. I decided I would write when I was twenty. Before that, I wanted to make movies.

ESM Many of the book’s chapters, or vignettes, read like little word climates, as though they were created inside snow globes or vitrines. What is it about the form of the miniature that most closely aligns memory and emotion in Niceties?

EM I just looked up what vitrine meant. Suzanne has a vitrine that entraps her Finnish crystal candlesticks. She doesn’t burn candles. I think she finds even simple ones to be a lil Satanic.

The climate or capsule of a song is the climate or capsule of a story to me. I’m a person that has a repetitive and obsessive relationship with songs because they reproduce feelings. Songs that I write to sing, that I hear, that I am trying to remember again are little fictions. I spend a lot of time alone, and when I do, I am generally trying to take or make a song like a drug to get me out of having to use language. I don’t like to express myself interpersonally. I’d rather sing my feelings and impressions of the world.

Stories I write tend to be song-like in length. I like to round my sounds the way lyricists might when I am editing. I suck at making relatable sense or trying to come up with some sort of commentary IRL. I hate that. The constraint of what I can say using the native species sonically is like the little trail I can lead you down to see natural music in a word. I took a tree and plant identification class where I was always baked and writing poetry in my field notes. It’s like that.

Erik Morse is the author of Dreamweapon (Omnibus Press, 2005) and Bluff City Underground: A Roman Noir of the Deep South (Creation, 2012).  He lives in Los Angles and is an adjunct lecturer at SCI-Arc. 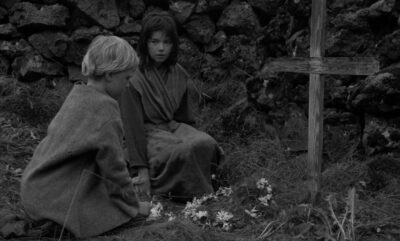