E, the Undertaker by Burt Barr 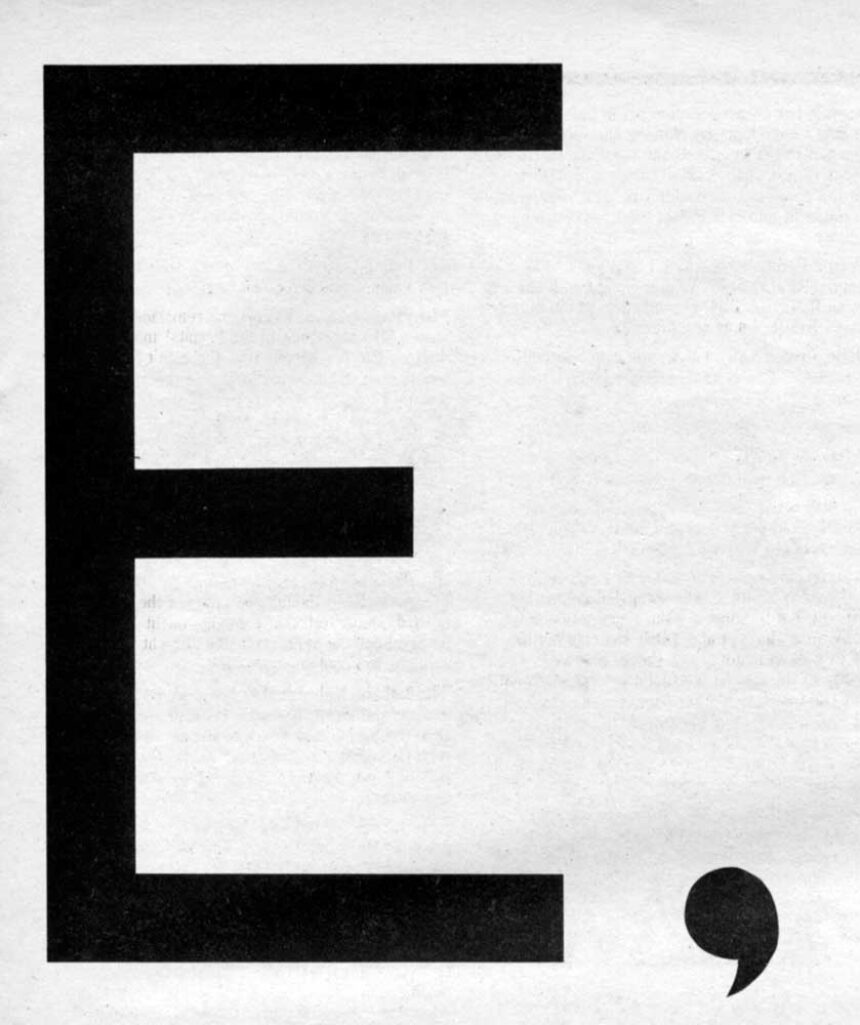 The streets began to steam in late June but it was another two weeks before the hot air reached inside. One morning, another dead Sunday, I awoke early, not long after sunrise. My scalp was itching and I had to get up and out of the room. I felt weak and tired, my legs like rubber, and I went into the next room and lay down on the couch.

It was late morning when I felt better although my scalp would not stop itching. I had been scratching it all morning and while that did feel good, the itching returned; every summer was the same.

I had to get out of the house. Where I would go I did not know, but I had not been out since Thursday. I could think of no one to visit and no place I wanted to be. I left the house.

After walking many blocks I found that I was heading in the direction of E’s place, the undertaker. I had not seen him since the early weeks of winter. I was sure he would be there; he often bragged how long he stayed indoors; it was a boast we shared. Yes, I would go to E’s.

E came to the door. He seemed disappointed to see me. He stepped outside and looked about, then went to the curb and stared up the street. He said two bodies were on their way and he wanted to finish them by nightfall. Work, and a bowl of soup at the end of the day, that was what made life special, said E.

We walked to the back room where E was preparing a body for burial. He told me that the man on the table was not yet dead but had expressed a wish to die.

I sat down and watched E perform the three simple steps: (1) Syringe, (2) Laxative, (3) Wash. E said that the drug he used would reduce the puffiness in the man’s face. Facial makeup was E’s strength and he was quick to say that it set him apart from the other morticians. E toned the man’s skin, adding color to his brow. He said that he planned to bury the man alive. Let him come to in the box, E said.

Things are so bad lately that I too, would like to die. Yes, I want to kill myself. I have never felt so rotten and while there are many reasons, the summer heat but one of them—my real depression stems from the wig I wear. I have been wearing a wig for years.

I ask E for the hypodermic needle. When he doesn’t respond I ask again and tell him that I will write a check. E agrees and goes to the cabinet and takes out a small jar with a flat rubber cap. He pushes the needle in and draws the poison into the glass vial, then gives it a squirt in the air. He tells me to go in the other room and die.

I take off my clothes. I rub my stomach where the elastic band from my underpants has pressed into my skin. I sit down on the metal table, adjusting to its cool surface. I stick the needle in my stomach, but before I push the plunger in, I hesitate. I am not sure if I want to die. I sit in the empty room thinking about the wig; it is glued to my skull, ironed on.

A few years ago, I drafted two linked stories, one about Kurt Cobain and the other about Raymond Carver. Both grew up in the Pacific Northwest. Both had fathers who worked at a sawmill. Both were, in one way or another, working-class kids.