John Reed examines our cultural fascination with the Joker through the quirky, armless lens of Don Porcaro’s art. 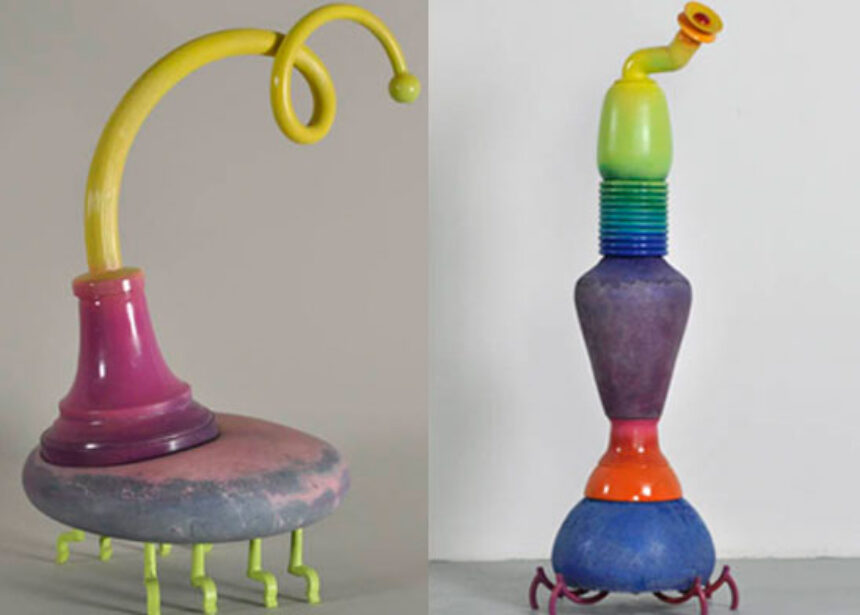 Why is the Joker so curious? Rizzoli/Universe’s November 2011 biography, The Joker, attempts to answer the question with historical insight, but the crux of the matter is this: creativity is crime. In the bloodless bureaucracy of present-day America, the sanguine smile is very nearly criminal. The Joker is the best and worst of the United States, the Randian mythos that has wrecked us on the shoal, and the spirit of free adventure that may well be our only hope. Batman, as originally conceived, is a literal personification of the Comics Code Authority, and the authority figure we’re likely to resent. By the late 1960s, in his television show, the Batman had become a joke, while the Joker retained his frightening appeal. The Dark Night of the 1980s and 1990s attempted to rectify the problem: Batman was now lawless, or very nearly lawless. But even so, the Batman only existed to defeat our fears, which were most purely manifested in the Joker: the criminal, or more aptly, the artist in all of us.?

The artistic object—a sculpture, a painting, a found lamp—is a Frankensteinian animation of real if intangible cultural forces. The Joker, in his plots, pranks and gadgets, brings life to the jokes that are not funny, the meaninglessness of our daily regimen, and the nihilism—our fondest daydream—we are taught to fear. Don Porcaro’s army is not funny: he has sent his legions to express the leering oppression of normative culture, and our tittering desperation to be liberated.?

Porcaro, in his present installation at Kouros Gallery, mobilizes Sentinels, Avatars, and two squadrons—actualizations of the servitors sent to get us, and/or of the saviors of our deliverance. The figures, ranging in size from 53 1/2 × 15 × 15 to smaller than a breadbox, are smooth constructions of concrete, metal and paint. The colors are Joker-like, packaging at the supermarket, lurid and irresistible. The vertical forms take on the characteristics of figuration, with multiple segments (usually seven) approximating hips, mid section, neck, head and facial features—and yet there is no suggestion of anthropomorphism. These beings are not life as we understand it. The variation is significant, four legs to ten legs, sprawling legs to pillar legs, snouts to ears to eyes, asymmetrical to symmetrical; but the similarities are no less significant—each of the figures is imbued with some unknown if palpable intent, and each of the figures displays at least one “body” part that is as if in motion.?

The perceived motion of the figures is the transition, the viewer’s peripitea; we are to ask ourselves why these things don’t move. With his pristine craftsmanship, Porcaro could obviously have set his sculptures adrift—ambulated them. But we are, instead, to infer the interiority. Porcaro’s infantry is a materialization of our own self-impositions—in the cultural sense, his figures are the arbitrary constructs we obey, and in the personal sense, they are the potentials, the promises of our unrealized humanity.

Of course, Porcaro’s soldiers also lack arms: if we have pinned our hopes on divine intervention or alien intercession, we are destined for disappointment. We are, after all, the only bipeds in the room. We can make, we can see, we can even possess our own horrors—but we’ll have to reach out ourselves.

John Reed is author of the novels A Still Small Voice, Snowball’s Chance, The Whole, All The World’s A Grave: a New Play by William Shakespeare, and Tales of Woe. 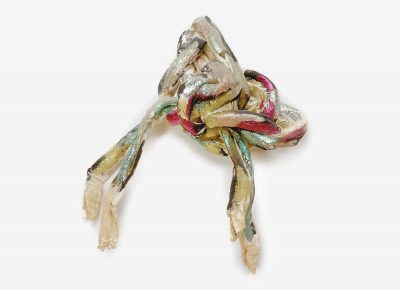 Susan Richmond’s new book about Lynda Benglis, Beyond Process, examines the work and critical reception of the artist, who moved from Louisiana to New York in 1964. It is not an exhaustive assessment, but in 150 citation-packed pages, Richmond thoughtfully examines the artist’s motives and methods during the past five decades.