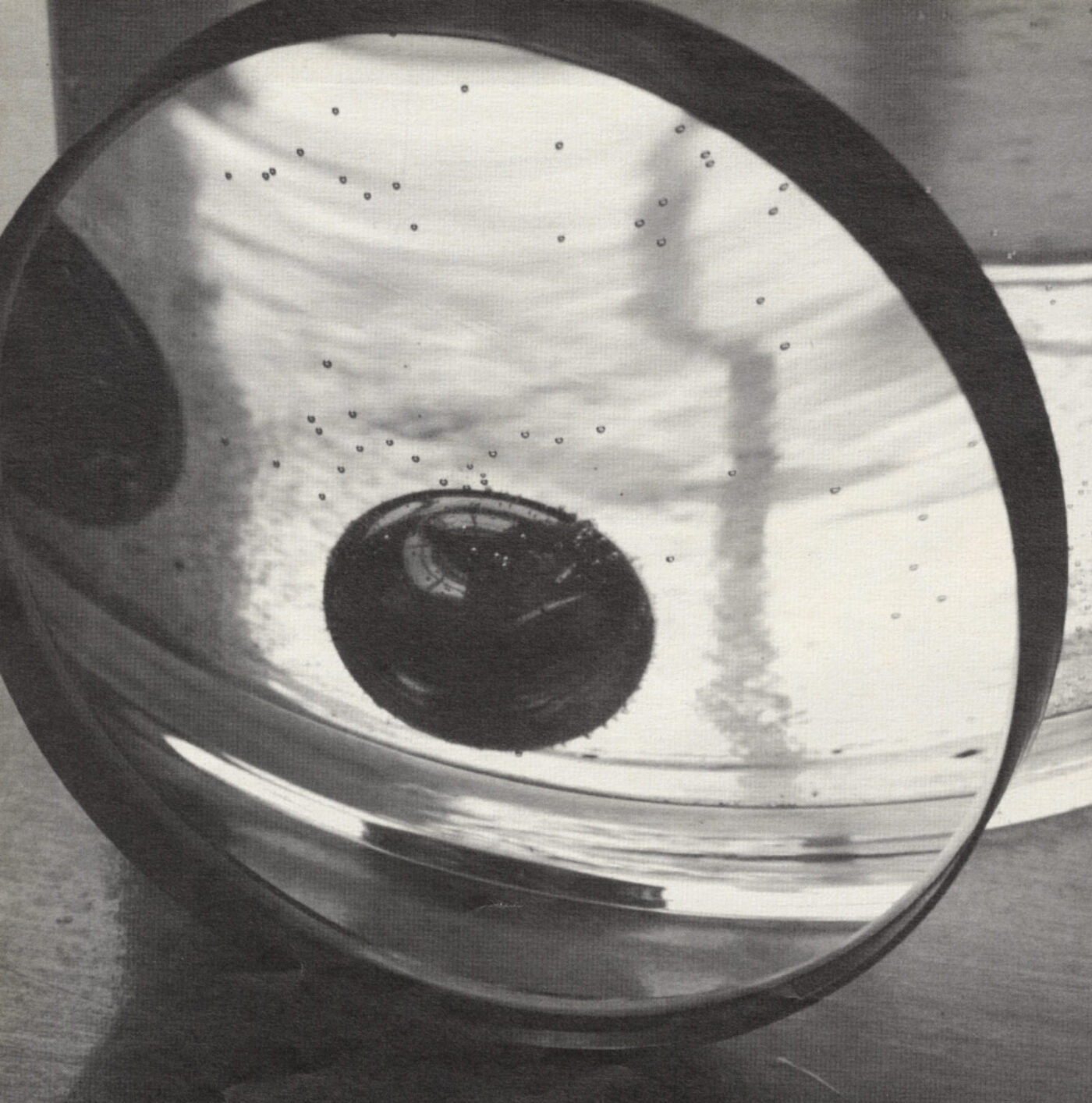 Chairman Mao said “My enemy’s enemy is my friend.” The friends he made this way were inevitably lost by the corresponding principle that “My friend’s friend is my enemy.” The fractal shifts generated by the two principles kept Mao’s relationships in a swirl-state of constant and luridly violent flux. I could draw parallels between this and the environment of my youth which would make your nostrils flare.

The Hall was a fertile chaos of bellowing sociopaths, arc-welding nuns and sudden combat. Rarely was anything done without a scream. My earliest memory is of Snap throwing a lobster into a bonfire and cursing as the creature exploded. I’m the first to admit the violence lacked texture but it was leavened with a quality of ferocious disregard. Ask to use the phone and you’d be met with a dead stare. We once detained a postman for eight months by locking him in the cellar and telling him he knew damn well why. I live in amazement that I did not mature to stagger bearded in the streets, baying evangelically at strangers. Childhood was a losing battle to remain ignorant in the face of pulse-browed maniacs, shrieking chimps, arrogant liars, knife-fights, angry swans, a grandmother you’d swerve to hit and a spaniel whom everyone mysteriously asserted was “more than a mere dog.” I once dredged an old, streaming skull from the lake and figured a thing of that size and shape would effortlessly plug the fossil gap. I cut it in half with a hacksaw and found there was no brain cavity—only recurring skulls, one inside another like the layers of an onion. But it just turned out to be some aunt or other.

I had always been troubled that my ancestors did not go back in sequence—a family tree hung in the boiler room seemed to represent the ricochet path of a bullet. I took this to Professor Leap, who was bashing a guppy against a drystone wall. “Not in sequence, you say?” He frowned at the diagram. “You’re at the top,” he said. “It’s simply drawn upside down.” But Adrienne, who was only four years my senior, was near the middle, Father was at the base, Nan was near the top and Professor Leap himself—a lodger unrelated to the family—appeared to be the mother of them all.

Billy Verlag, a barrel-like boy from the village, said the chart was an origami sheet with fold-guides, and twisted it into the shape of a piece of trash. He looked up at me with a ruddy face, a nose which contained his brain and a smile which contained my fist.

“What kind of simple-minded lout of an astronomer would name a star Leapfor god’s sake, or Jack?”

“Your great grandfather was just such a man—the telescope in your sister’s sanctuary belonged to him.” And he pointed at the wall. “There is a daguerreotype of that venerable gentleman strangling what I can only describe as a hen.”

The wall was, in fact, bare.

I showed Adrienne the document. “Text and line,” she said. “Quite clearly it’s a work of conceptual art.”

“What does that mean?”

“That you can throw it away.”

“Take a butcher’s at this, Verger,” I said to the Verger, who was busy walloping a village dog about the muzzle.

“What is it, boy?” he roared, straightening up. “By god you’ve arrogance to burn!”

“Found this in the steam room,” I said, giving him the chart.

Viewing it, his eyes opened wide, then seemed to seal over with disdain. He regarded me through a visor of disapproval. “Oh what a tangled web we weave,” he rumbled.

“But you say that even if I’m just mowing the lawn,” I complained. “What does it represent, Verger?”

“What does it represent he says. Without a doubt and despite all I have tried to teach you, this here is a chart of who owes who money.”

“Money?” I said, frowning. “So I can afford a caulking hammer at long bloody last.”

“The debt proceeds downward. You are at the top.” He fixed me with a baleful eye. “And always will be.”

Poor Mr. Cannon the lodger regarded the paper with a lively interest. “This is a floorplan, laughing boy, showing the relative positioning of our dungeons in the scorching deeps of hell. You and I will be able to yell abominations at each other across the skull-littered hallway, our faces tear-rashed and demented. One thing at least to look forward to,” he grinned.

I was getting desperate. In two rare moments of lucidity Uncle Burst stared at the paper and whispered the word “hex” and then, late the following day, “evil spirits.”

Nanny Jack was propped like a dummy in the kitchen.

“What do you make of this, old woman?” I said, slapping the sheet onto the table before her.

“The paper, Nan!” I shouted, stabbing a finger at the chart. “What does it say to you?” Nan’s disquieting immobility continued unabated. “For god’s sake, Nan, give me some good news!” I bellowed into her ear. “Am I talking to myself?” And I collapsed into wracking sobs, hiding my free and ears against the tabletop.

It was during one of the household’s attempts to bury Nan—a tradition in which Uncle Snapper played a leading role while I was considered too young to participate—that I sat poring over the chart again. By now the document had taken on the enigmatic monumentalism of ancient scripture. It occurred to me that the only name missing was Snapper’s, and with time to spare before his return, I climbed into the creaking treehouse. Adjusting to the rocking of the floor and the ebb and flow of clattering furniture, I plucked a little book from a passing table. It was Snapper’s diary, a marker at the latest entry:

Today, laughing boy taunts me. But I do not give up! There I am in the living room when in he comes, parping on a bugle. Strutting like a feudal lord and talking about vertebrae as if they were the main event. Is this the behaviour of a respectful child? Or that of a glad and devious boy? You could lay track on his insolence. But the day will come when everyone will know me as I am. They’ll be stamping my features onto coins the size of manhole covers. God grant me the strength to do what’s necessary.

With ballooning apprehension, I surveyed the poster of the Desiderata which Snap used for target practice. A corner was bent over showing the flap of something underneath. I yanked out a pin and the Desiderata scrolled upward like a rollerblind, revealing a giant version of the famous name chart. A hit-list, and a thorough one. Next to my name were the words ‘gun, bomb or poison’. The others, too, had been assigned a method: ‘Leap—knife; Burst—ligature; Jack—axe; the Verger—harpoon bolt’ and so on. My world turned inside-out like an umbrella. Where would I be safe? I had run away to the circus once but had been deemed “too rough with the lions.”

As I clambered down the rope-ladder the crew were arriving back at the Hall. Snapper tramped through the chill air, the whole household trailing after. Sad faces all round—the funeral had not succeeded. “Run for cover you morons,” I yelled, “Snapper’s a homicidal maniac. We’re headed full-tilt for a bloodbath!” Everyone stopped, staring at me as though at a mildly irritating street performer. “Look out,” I said, “he’ll murder the bloody lot of you—and me most of all! Mercy, Snapper—the devil is boring and I’m scared to die! Could you harm a little boy?” Blowing my nose on a crow, I shed tears which I would later defensively dismiss as auxiliary pieces of brain.

It was an entire month of sniggers and gibes before I tore the Christmas wrapping from a gun, a bomb and a bottle of arsenic. “Couldn’t decide,” said Snapper, “so I got all three.”

“Thanks for the knife, Snapper,” said Professor Leap, flushed as punch. 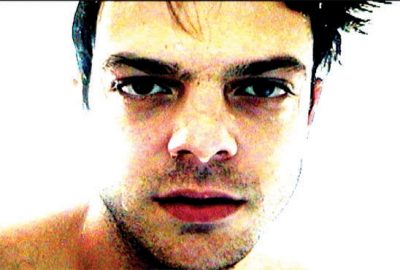 32-year-old Brooklyn filmmaker Jonathan Caouette has been documenting his own life since he was eleven. His staggering debut Tarnation, part documentary and part narrative, is a densely layered testament of Caouette’s life and that of his family.

What You Eat by Ben Ehrenreich

When I was a boy, my father always told me, “If you kill something, boy, you’ve got to eat it.” It’s the way of the world, he’d tell me, and only right and just besides.

In September, 1987, I asked two poets, Lyn Hejinian, from the United States and Arkadii Dragomoschenko, from the Soviet Union, to begin an unusual correspondence.