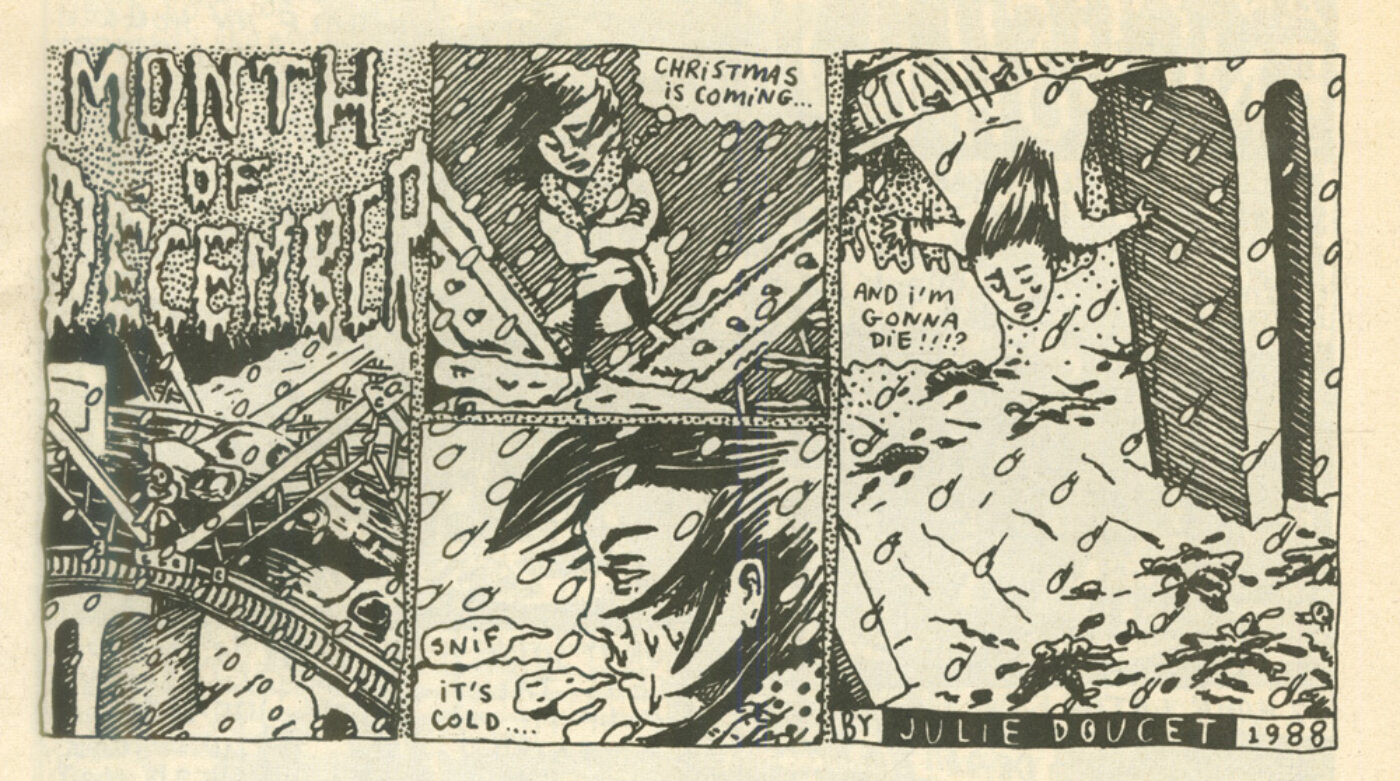 The second issue of Canadian cartoonist Julie Doucet’s Dirty Plotte begins with a four-panel strip called “Month of December.” We see the author standing on the edge of a highway overpass, looking down. She remarks “Christmas is coming… / Snif, it’s cold.…” She hurls herself off the ramp, yelling “And I’m gonna die!!!?”

The early issues of Dirty Plotte, Doucet’s searing comic book series that ran from 1991 to 1998, are full of similar stories—explorations of a brief thought, each eschewing a neat bow-on-top conclusion or meaning. Doucet engaged comics as a place to think graphically, without triage of explanation. Familiar shapes and images (the human body, cluttered apartments) provide the theater for these clipped statements, a less austere setting than, say, poetry. In her early work, this nontraditional approach to comics (a medium often synonymous with narrative) feels rooted not in anger at the confines of cartooning but in an understanding of how powerful it can be on its own legs, no apologetic sprucing required. If cartooning is simply words and images, the artistic brazenness of early Dirty Plotte shows you can dispense with narrative and the three-act structure and what remains needn’t wear a cold and formalist mask.

Dirty Plotte—The Complete Julie Doucet, from the author’s longtime publisher, Drawn and Quarterly, reveals a complicated story about the medium and author. In “Interlude” (1991) a man addresses the reader. He says, over a single page: “This is my Penis! His name is Pete. / He’s my friend, okay!? / So don’t ever hurt him!!! / Or else, look out!” Sinister intentions are not far off, but Doucet has no interest in a simplistic portrait. The man’s face is played for laughs as much as his words are meant to provoke. When asked if the series’ title (the closest word to the Quebec slang plotte in English is cunt) was picked to be provocative, she responds: “Sure. It was funny, basically.” Provocative: Sure; Funny: Basically.

Attempts to frame Doucet’s oeuvre as a repository for transgressive themes miss the openness of what she was after. No one conclusion gaudily dominates “Interlude.” Instead, a double thrill confronts the reader: the author’s anti-narrow thinking offered without justification, alongside a character who presents himself out of nowhere, unadorned, save for his own expansive thoughts. Through her instantly authoritative characters, Doucet seeks less to tell a story than to contradict or augment her own mental positions. Perhaps comics are not so much a narrative form but a thinking one. Sex and the nonidealized life of the body is a thought throughout Plotte (menstruation, shitting, nose picking are often on view), but it’s an aspect of Doucet’s mind, not the feature itself. “Month of December” gets at Doucet’s true project in the early days: trading narrative for intellect. 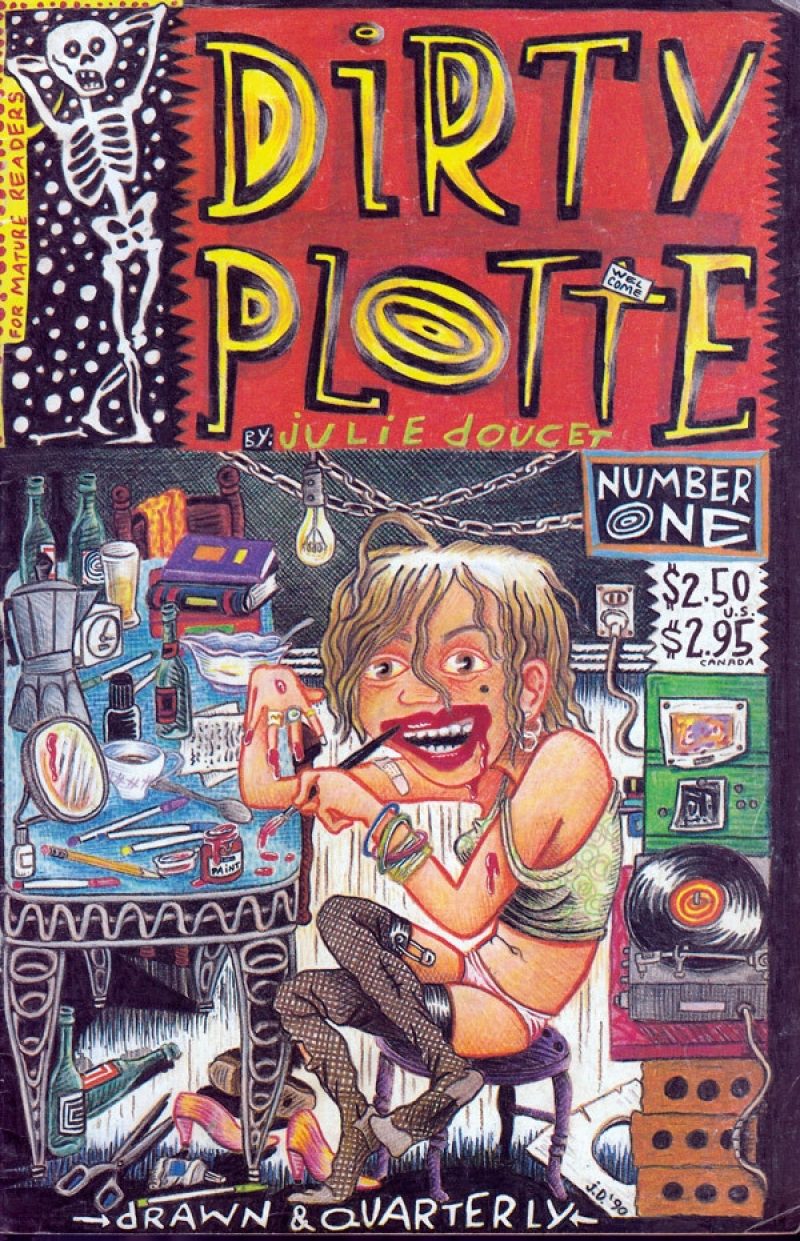 A dramatic shift takes place in Dirty Plotte #9 as she begins to write naturalistic, autobiographical stories. Doucet was the star of the early issues, but here she descends to the world as it is. If traditional cartooning relies on translating the world (leaves, tables, people) into synthesized drawings that repeat until they become more symbols than marks, her best-known story “My New York Diary” (Dirty Plotte #10–12, 1996–98) is air-tight cartooning. But it was famously one of her final comics, as Doucet left the medium for good in 1999. In 2006 she said of the comics world “A lot of those guys, their drawing style never changes—the content neither—and it seems it never will.” She cited men in comics and their limited conception of the form as a reason for her exit. “I started to feel trapped by those little panels,” she said.

By the end of Dirty Plotte, the panels become increasingly dense and claustrophobic—beautifully so, but a trap all the same. The imposition of the rules of comics come to a head: clear, pure storytelling, the same character over and over, refine-refine-refine your style—a far remove from the infinitely open plane Doucet grafted onto the medium when Plotte began. An author of endless skill, she observed these principles and easily mastered them. Could the wide canvas of the early issues have been similarly exhausted?

Dirty Plotte documents Doucet’s genius on two fronts: the early issues are revolutionary, flowing from the diverse web of thought that she transcribed into her panels. Later, we have one of the best modern takes on the wing of comics laid down at the medium’s inception by the likes of Bud Fisher and George Herriman: caricatured storytelling, updated with a charge of contemporary life. This work is more assured than countless others that have attempted to bring a human touch to an art largely based in vaudeville and caricature. The pleasures of these final issues are endless, but a sour note of what could have been, if not for the conservative maze the form imposed upon itself, still hovers. In departing from the medium, Doucet remained committed to her singular undertaking in a way that only begins to reveal itself upon honest confrontation with this book.

Austin English is a cartoonist living in New York. His books include Gulag Casual and The Enemy Within (Sonatina Comics, 2018). He is currently at work on a graphic novel called Meskin and Umezo. He also runs the publishing house Domino Books. 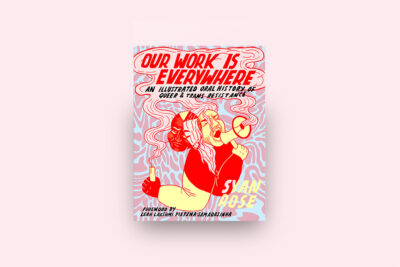 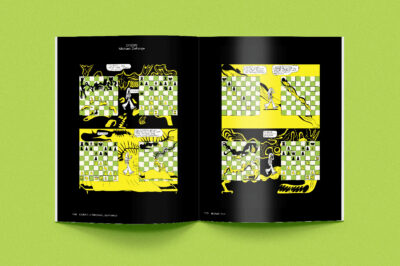 May We Be Changed by Lale Westvind 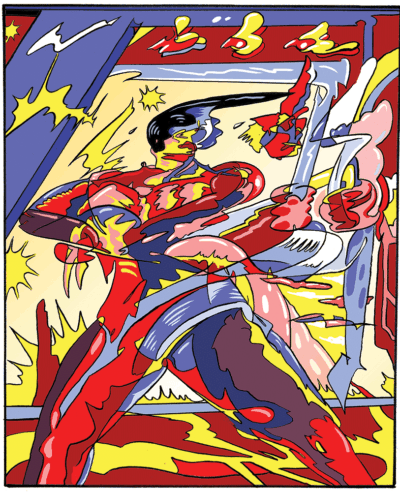