Dave Tompkins’s How to Wreck a Nice Beach: The Vocoder from World War II to Hip-Hop, The Machine Speaks by Douglas Singleton

A review of How to Wreck a Nice Beach, a new book that tells the history of that most mysterious of musical instruments, the vocodor. 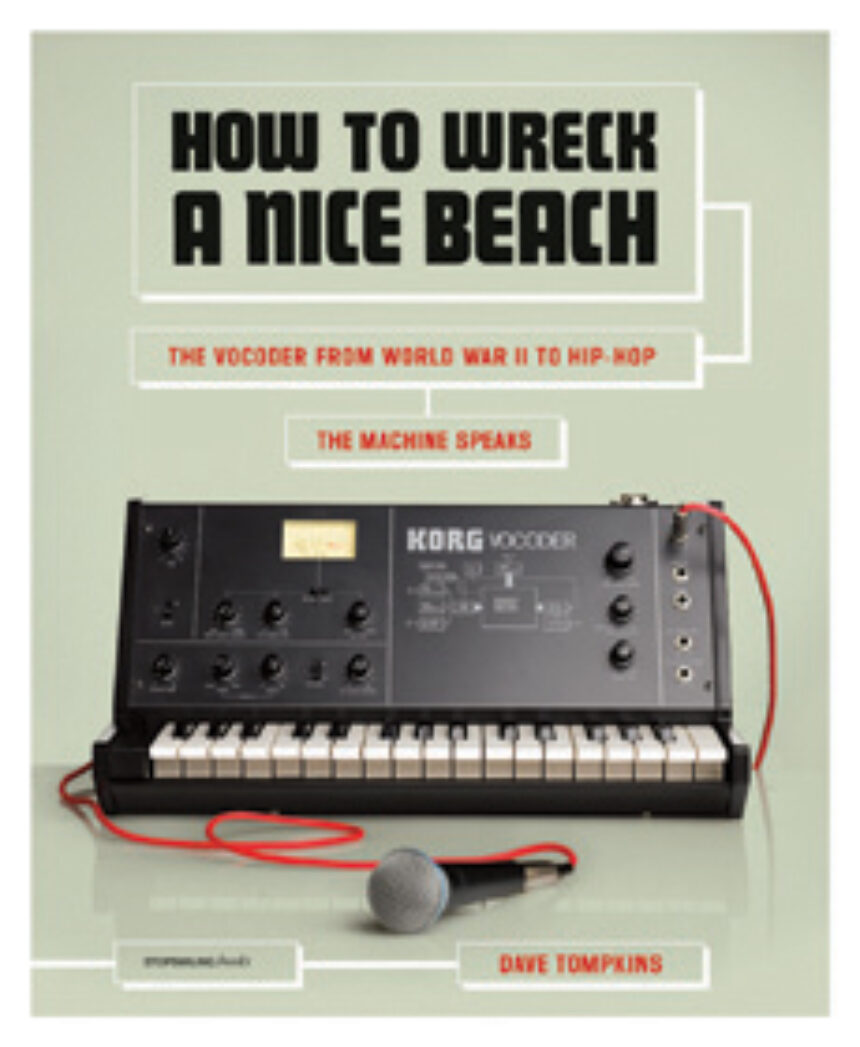 What do the WW II–era secret government SIGSALY program, Michael Jackson, the 1939 World’s Fair, Bronx hip-hop pioneer Afrika Bambaataa, and the Cuban Missile Crisis all have in common? As told in Dave Tompkins’s How To Wreck a Nice Beach, the vocoder—that most mysterious of musical instruments that began life as a way to send indecipherable spy messages across the globe during the Second World War. It eventually became the de rigueur hip-hop voice-altering instrument, symbolizing the “future” and a J. G. Ballard-esque melding of man and machine.

Invented in 1928 by Homer Dudley of AT&T Bell Labs, the vocoder has a story that reads like a fake history concocted to serve as a series of punch lines for convoluted jokes. First drafted to streamline “specifications of speech” and cram more telephone conversations over smaller bandwidths, the vocoder’s ultimate use became its ability to make “Indestructible Speech”—what Tompkins calls “illocution,” which could withstand all code breaking.

By the 1970s the vocoder was being used by the likes of forward-thinking musicians like Kraftwerk, Giorgio Moroder, and Bambaataa with the Soulsonic Force in the seminal 1982 electro hit “Planet Rock.”

With chapters of asides about dozens of tangential connections, including the often mistaken-for-vocoder Talk Box (Peter Frampton & Zapp) and the Sonovox (a fierce vocoder competitor), How to Wreck lists many obscure early hip-hop, electro, and techno vocoder tunes. The passions unearthed are electric. As one vocoder practitioner puts it,

“To use the vocoder is complicated.You have to dedicate yourself one hundred percent. I had to be extremely reduced in the emotions because if you get a bit too far, the vocoder is punishing you by bad results.”

Its title a reference to the misheard vocoder phrase, “how to recognize speech,” Tompkins’s tome is a tour de force of alternative histories in the tradition of Greil Marcus. Though sometimes rearing close to what I like to call the “Village Voice school of abstruse music writing,” How To Wreck is a book you pick up, cannot stop reading, and laugh your ass off with. An extended section on recently deceased NYC graffiti legend Rammellzee, waxing poetic on the vocoder, is completely pointless and thoroughly mesmerizing.

There is a larger theme here, the weird connection between eras and nations and purposes: the vocoder is both a very important tool that may have helped win Big Wars and a silly little instrument that helps rock the party.

Douglas Singleton is a Brooklyn-based writer and editor.