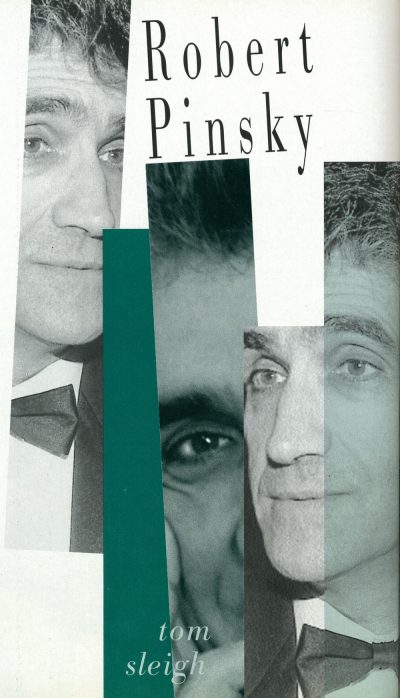 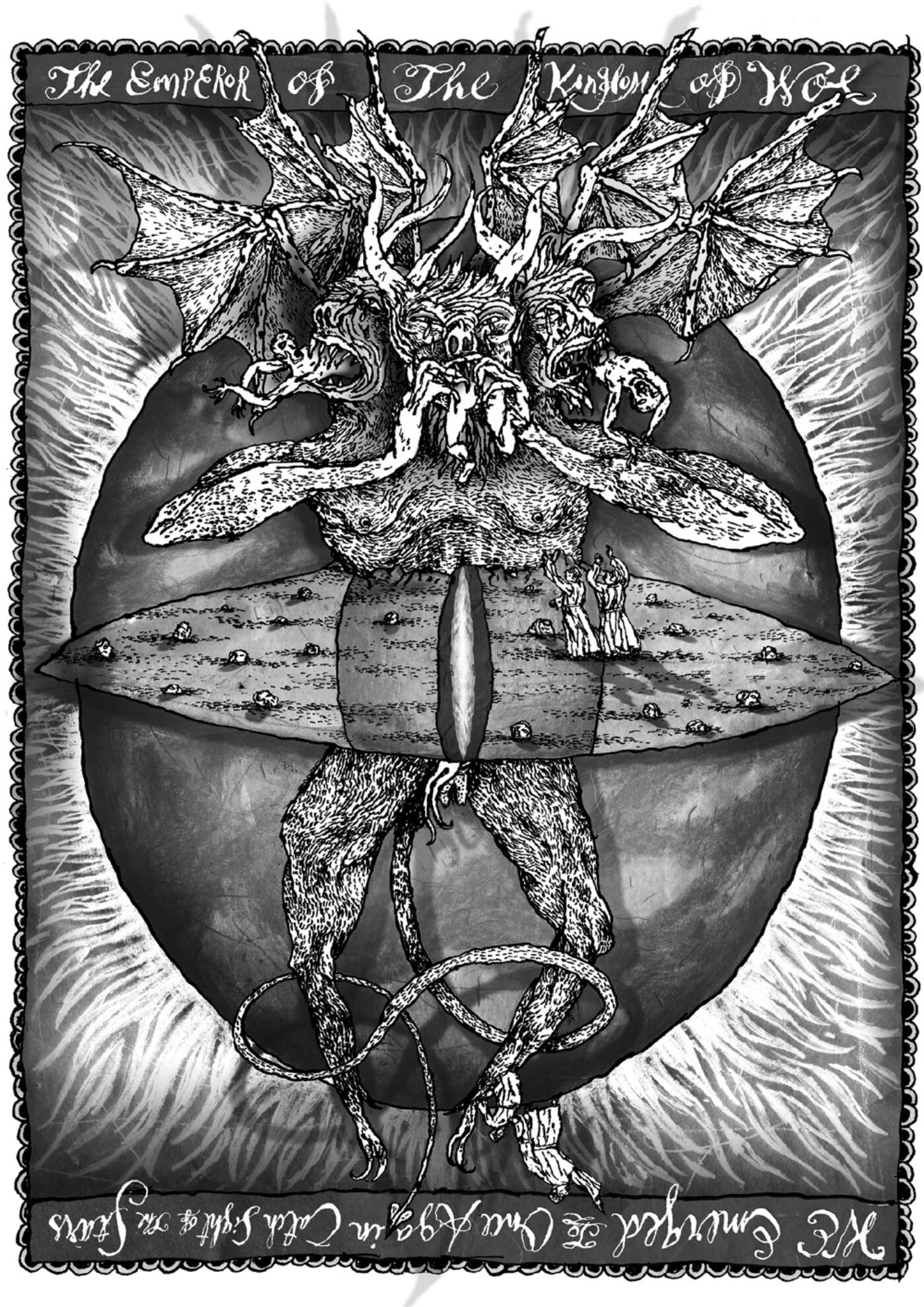 “The banners of the King of Hell come forth,”
My teacher said, “and straight at us.
Look ahead and see if you can see him.”

Like when a thick fog lifts, or like at dusk
In the western world when one can just make out the hint
Of a wind turbine turning in the distance,

I thought I saw some mechanistic device like that; then,
Due to the wind, I ducked behind my teacher,
Since there was no other shelter.

I was now—and I’m filled with dread as I write these lines—
Where the shades were completely covered, visible
Through the ice like bits of straw trapped in glass.

When we were close enough,
My teacher wanted to point out the creature
Who’d once been a pretty little love-god;

He stepped to one side and made me stop, saying,
“Look, it’s Dis, and this is the place
Where you have to arm yourself with courage.”

Exactly how faint and frozen I’d begun to feel,
Don’t ask, Reader, because I can’t express it;
Words could never capture it.

I didn’t die. But neither did I go on living.
Think about it, let your mind focus a little
On what I’d become: not dead, but no longer alive.

Than giants are to the size of his arms.
Imagine, now, how large the whole must be
In proportion to a part like that.

If he used to be as handsome as he is now hideous,
And raised his eyebrows in contempt of his creator,
One can see how every bit of ire, envy, and despair

Derives from him. I was totally astonished
To see his head had three faces:
The one in front, facing us, was red;

There were two others, joined to the first
By a seam that began at the center of the shoulder;
The three became one at the crown.

The two enormous wings that emerged from under each
Were of a size that makes sense for a bird that big;
I’ve never seen a sail that large at sea.

They were featherless and webbed,
Like bat wings. He flapped them nonstop
To create three waves of downdraft,

Which is why Cocytus is forever frozen.
He cried from all six eyes
While tears and bloody drool dripped from all three chins.

In each mouth he chomped on a sinner,
Using his teeth like a flax mallet
To keep the three in perpetual pain.

“That soul up there suffers the worst,”
My teacher said. “Judas Iscariot.
His head stays inside, while his kicking feet stick out.

Those other two whose heads hang down,
The one dangling from the dark mug is Brutus—
Look how he thrashes without uttering a word—

The other is Cassius, who looks much more muscular
Without his skin. But night’s coming again
And we have to go. We’ve seen all there is to see.”

As he wished, I put my arms around his neck.
He waited until the wings were open wide, and then,
Like girls gathering roses, seized the time and place

When we came to where the femur pivots
And the hip is thickest, my guide, straining
And short of breath,

Turned himself around so his head was where
His feet had been, and clutched the hair and pulled
Himself up, as if we were heading back to Hell.

“Hold tight,” my teacher said, panting like a man
At the point of exhaustion. “These are the stairs
We have to take to escape from so much evil.”

He exited through a crevice in the rock
And sat me down on the edge to rest,
Then he carefully made his way to where I was.

If I was perplexed by this, let simple minds
That fail to grasp what point I’d passed
Consider how they would feel.

“On your feet,” said my teacher.
“We still have a long way to go; it’s not an easy road
And the sun says it’s seven-thirty a.m. again.”

Here we were, not in a palace stateroom
But in an oubliette formed by natural forces, dim lit,
With an uneven floor.

“Teacher, before I tear myself from this Hellhole,”
I said, once I’d stood up,
“Talk to me a little while and clear up my confusion.

He told me: “You imagine you’re still on the other side
Of the center, where I grabbed onto the hair
Of that wicked worm that burrows through the world.

And you were there as long as I descended,
But when I turned myself around
You passed the point of maximum gravity.

You’re now under the southern celestial hemisphere,
Opposite the one that canopies the continent
And where, at the highest center, is the site

Where the man who was born sinless and lived
Without sinning was put to death. Your feet are on
The small circle that forms the other surface of Judecca.

He landed on this side when he fell from Heaven
And the landmass that had been here
Recoiled in horror. The sea closed like a curtain.

That land then migrated to earth’s other side;
Whatever he displaced was forced up to form the ground
We’ll find above, perhaps creating this cavity.”

Down there, in a remote corner—
The distance of Beelzebub’s tomb times two—
Is an area one can’t find by sight in that low light

But only by the sound of a stream that,
As it trickles down a slight incline,
Has carved a winding canyon through the rock.

Him first, then me—until we came to a round opening
Through which I saw some of the beautiful things
That come with Heaven. And there we walked out

To once again catch sight of the stars.

1. The banners of the King of Hell come forth: This phrase is a parody of the first line of the Vexilla Regis, a Latin passion hymn in praise of the cross by Venantius Fortunatus, Bishop of Poitiers (ca. 530–610); it is usually sung on Good Friday. The first stanza is:

Vexilla regis prodeunt,
The banners of the king come forth,
Fulget crucis mysterium,
The Cross’s mystery shines;
Quo carne carnis conditor
And there the builder of the earth
Suspensus est patibulo.
His sacred breath resigns.

Rev. John Wesley Thomas (Inferno, 346) interprets Dante’s parody of the line as a stinging rebuke of object worship. He argues that “the ancient Iconoclasts, Claudius, bishop of Turin, and probably Dante himself, were of the opinion that the adoration of the cross was the invention of the Antichrist.” The banners are meant to refer to Satan’s wings, just coming into view.

2. and straight at us: Technically the banners aren’t coming toward Dante and Virgil; the two men are moving toward them.

17–18. the creature / who’d once been a pretty little love-god: Before he suffered the sin of pride and fell, Lucifer was the most beautiful of all the angels; afterward, he’s hideous. The “little Love-god” in Shakespeare’s “Sonnet 154” is Cupid:

The little Love-god lying once asleep
Laid by his side his heart-inflaming brand,
Whilst many nymphs that vow’d chaste life to keep
Came tripping by; but in her maiden hand …

20. Look, it’s Dis: The City of Dis begins at the sixth circle and ends at Lucifer, in the center of the ninth. In this instance, Lucifer, the ruler of the devils, is referred to as the embodiment of Dis. In the Aeneid, Virgil uses the name Dis for Pluto, Greek god of the underworld.

20–21. this is the place / Where you have to arm yourself with courage: On October 16, 1793, when the Revolutionary Tribunal juror Abbé Girard accompanied Marie Antoinette to the guillotine, he reportedly said to her, “This is the moment, Madam, to arm yourself with courage.” To which she reportedly replied, “Courage! The moment when my ills are going to end is not the moment when courage is going to fail me!” Antonia Fraser, Marie Antoinette: The Journey (New York: Anchor, 2002, 440.)

Thus while he spake, each passion dimm’d his face
Thrice chang’d with pale, ire, envy, and despair …

39–45. red … yellow-white … Africa: Many commentators presume the three colors are meant to represent the inhabitants of the then-known continents: Europe (red), Asia (yellow-white), and Africa (brown). Vernon (2:634–635) notes that his father, Lord Vernon, sided with Buti’s view that red is meant to suggest Rome (and the Guelphs); black, Florence (and the Neri); and yellow-white, France (with its traditional pattern of gold fleur-de-lis against a white background). Others argue the colors represent weaknesses: red as hatred, yellow as impotence, and black as ignorance. In any case, the satanic three is the antithesis of the Holy Trinity.

45. where the Nile begins in Africa: Ethiopia.

62–67. Judas Iscariot … Brutus … Cassius: These are the world’s three worst sinners: Judas for betraying Christ, and Brutus and Cassius for betraying the Roman emperor Julius Caesar.

68–69. But night’s coming again / And we have to go. We’ve seen all there is to see: It’s now approximately 6:00 p.m. on the Saturday before Easter Sunday in the Northern Hemisphere (where Jerusalem is located). It has taken Dante and Virgil 24 hours—from Good Friday evening to Holy Saturday evening—to traverse the nine circles of Hell. The next 24 hours will be spent traveling from where Satan sits at the center of Earth, to the point where the two men will exit from a crevice at the base of Mount Purgatory, which sits on an island in the Southern Hemisphere; both the island and its mountain were formed when rock was displaced by the impact of Satan’s fall from Heaven. When Dante and Virgil exit it will be 7:30 a.m. on Easter Monday; they will see the stars in the dawn sky.

96. And the sun says it’s seven-thirty a.m. again: This is 7:30 a.m. Easter morning in the Southern Hemisphere. There has been a twelve-hour time change; it is still only 7:30 p.m. Easter evening in Jerusalem.

103–105. Where’s the ice? And him, how is it he’s fixed like this, / Upside down? And how, in an hour and a half, / Did the sun move from evening to morning: Dante mistakenly thought when Virgil turned around that he was climbing back up, toward Satan’s head. He was not. He was climbing down through the hollow that surrounds the lower half of Satan’s body (he is stuck in the ice at his waist). Dante is also mistaken about the time; it has been 13 and a half hours, not an hour and a half. Virgil has to explain the 12-hour time change.

117. Judecca: The fourth and final zone of Cocytus is named after Judas Iscariot, who dangles from Satan’s middle mouth. Commentators vary on whether Judecca is disc shaped or whether it includes the entire sphere of ice in which Satan is embedded.

139. To once again catch sight of the stars: All three cantiche—Inferno, Purgatorio, and Paradiso—end with the word stelle (stars), a reiterative gesture to Heaven.

Mary Jo Bang is the author of six volumes of poems including The Bride of E (2009) and Elegy (2007), which received the National Book Critics Circle Award. She teaches at Washington University in St. Louis. Her translation of Dante’s Inferno, with illustrations by Henrik Drescher, will be published by Graywolf in August 2012.

Henrik Drescher is a Danish artist and illustrator living in China. His website is www.hdrescher.com.

This issue of First Proof is sponsored, in part, by Amazon, the Bertha and Isaac Liberman Foundation, and the Thanksgiving Fund.

Additional funding is provided by the New York City Department of Cultural Affairs and readers like you.

Venice Without Me (Piazza San Marco) by María Moreno

“Venice, a great sewer of traditionalism”

My Two Worlds by Sergio Chejfec

Only a few days are left before another birthday, and if I’ve decided to begin this way it’s because two friends, through their books, have made me realize that these days can be a cause to reflect, to make excuses, or to justify the years lived. 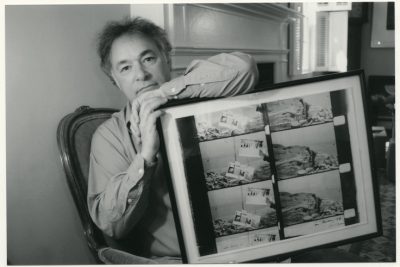