Craig Hubert reports on Harun Farocki, “the best-known unknown filmmaker in Germany,” and his turbulent relationship with the image. A retrospective of Farocki’s work is in progress at Anthology Film Archives. 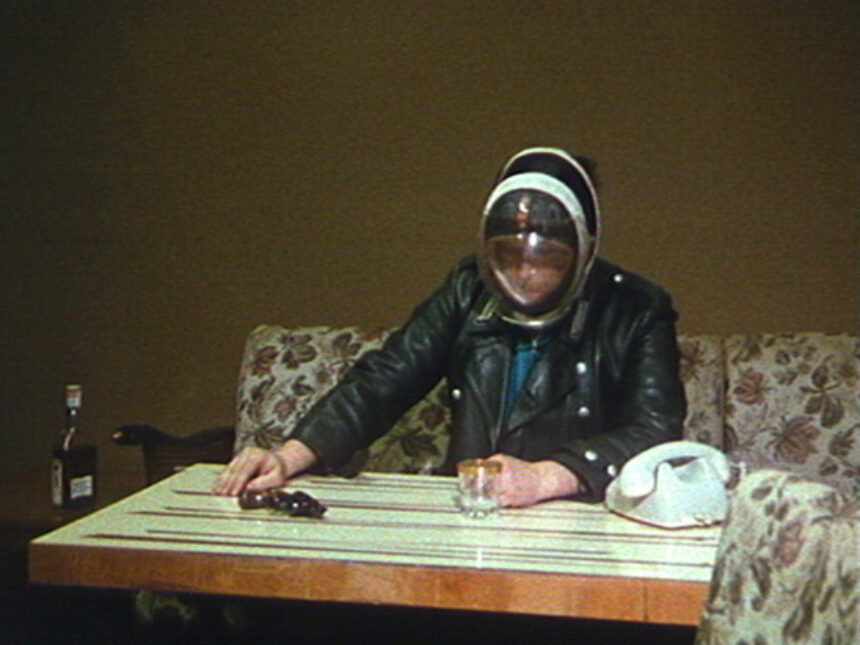 Years ago, film scholar Thomas Elsaesser remarked that Harun Farocki was the “best-known unknown filmmaker in Germany.” The statement still rings true, at least in the United States, where his films received little to no distribution for more than half of his career. Things have changed in the last two decades, if only slightly. Born in the Czech Republic to an Indian father and German mother, Farocki’s early years were spent in transition, moving from Germany, to India, over to Indonesia, and back to Germany all before the age of eleven. Rebelling against his parents, he ran away from home several times as a child, eventually “following the beatniks’ example” and moving to West Berlin to live on the cheap. Farocki studied at the German Film and Television Academy in Berlin during the 1960s, after a brief spell at the Free University. He was eventually kicked out in 1968, along with fellow filmmaker and friend Hartmut Bitomsky and four other students, for occupying the school in protest and renaming it the Dziga Vertov Academy. 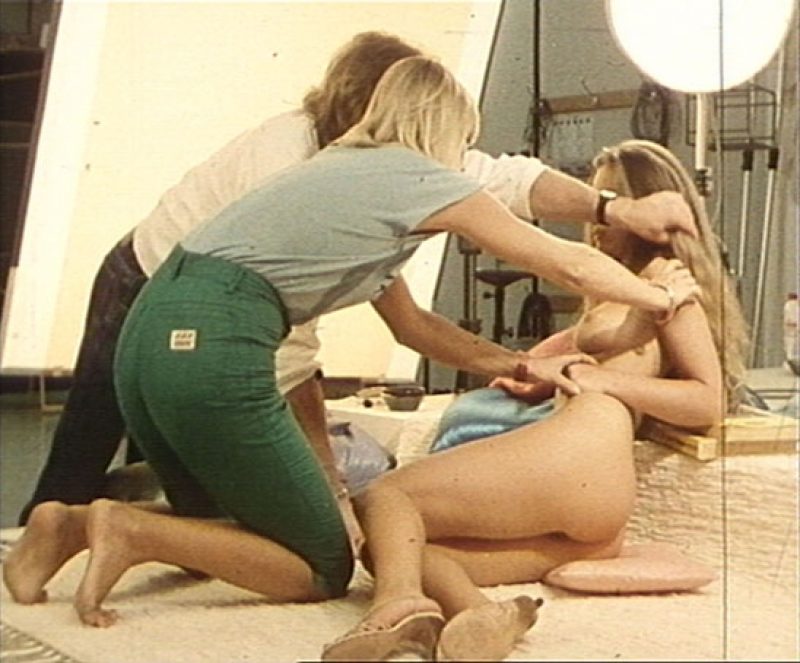 Though they existed at the same time and traveled on parallel paths, Farocki has never been considered a member of the New German Cinema. His radical stance in relation to popular cinema and its traditional forms made it impossible for him to achieve the same levels of commercial and critical success as directors such as Wim Wenders and Fassbinder. As they moved toward genre studies and personal explorations, Farocki moved completely away from narrative cinema toward a fragmented form of documentary essay, distancing himself in order to get closer to the image. The material of the world was his to examine.

Shot in the studios of Playboy Magazine in Munich, An Image (1983) is a short document detailing the construction of popular images. Farocki’s camera hangs in the back, but is there to catch every moment—from the initial construction of the sets, to the detailed maneuvering of the female model’s pose and the shifting and sliding of lights and studio equipment. When a test image is printed, crew members hover over the picture and scrutinize every detail. Farocki is less interested in what the image tells us than what it cannot say, and how that unspeakable process can illuminate our understanding of a culture built with images. 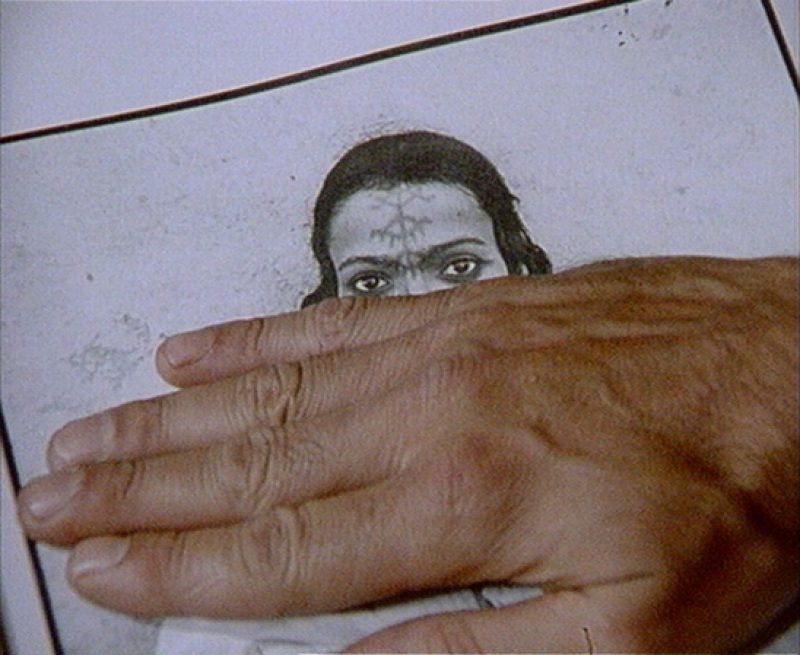 Images of the World and the Inscription of War (1988) is an essay film that expands on Farocki’s frequent mistrust of the image. All image construction and reproduction is deceptive, and Farocki criss-crosses threads concerning the creation different images from Auschwitz—aerial shots taken by American planes searching for targets, photographic documentation of the camp by S.S. soldiers, and Alfred Kantor’s sketches of life in the camp, building on the layers of reproduction attached to each. Which type of image is more truthful? Can any image depict any kind of truth devoid of context? The voice-over of the film supplies a theory: “The photograph captures the moment, and thus crops away past and future.” This reminded me of something Wallace Stevens once wrote, quoted in the back of Susan Sontag’s On Photography: “Most modern reproducers of life, even including the camera, really repudiate it.”

Farocki has positioned himself as an elder surveyor of cinema, pointing out masked repetitions and hidden themes, pulling them out for all to see, always questioning what is on the screen in front of him. Workers Leaving the Factory (1995), a somber but compelling visual essay on the Lumiere brothers’ film—one of the oldest images in cinema—ends with a bit of illuminating narration comparing the West’s reproduction of images to the Eastern idea of perfection through repetition: “When we could no longer believe in such perfection, film was invented.”

Several of Harun Farocki’s films will be screening at Anthology Film Archives through Monday, October 10th. See their schedule for more details on screenings and showtimes.

Ending It All With The First Picture by David Brody 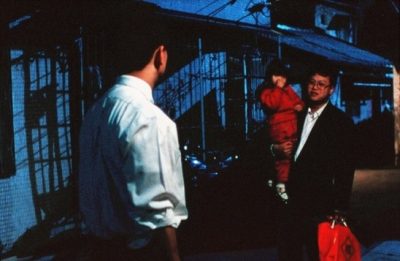 Colin Beckett reflects on the work of the late Edward Yang, unpacking its dense historical implications.