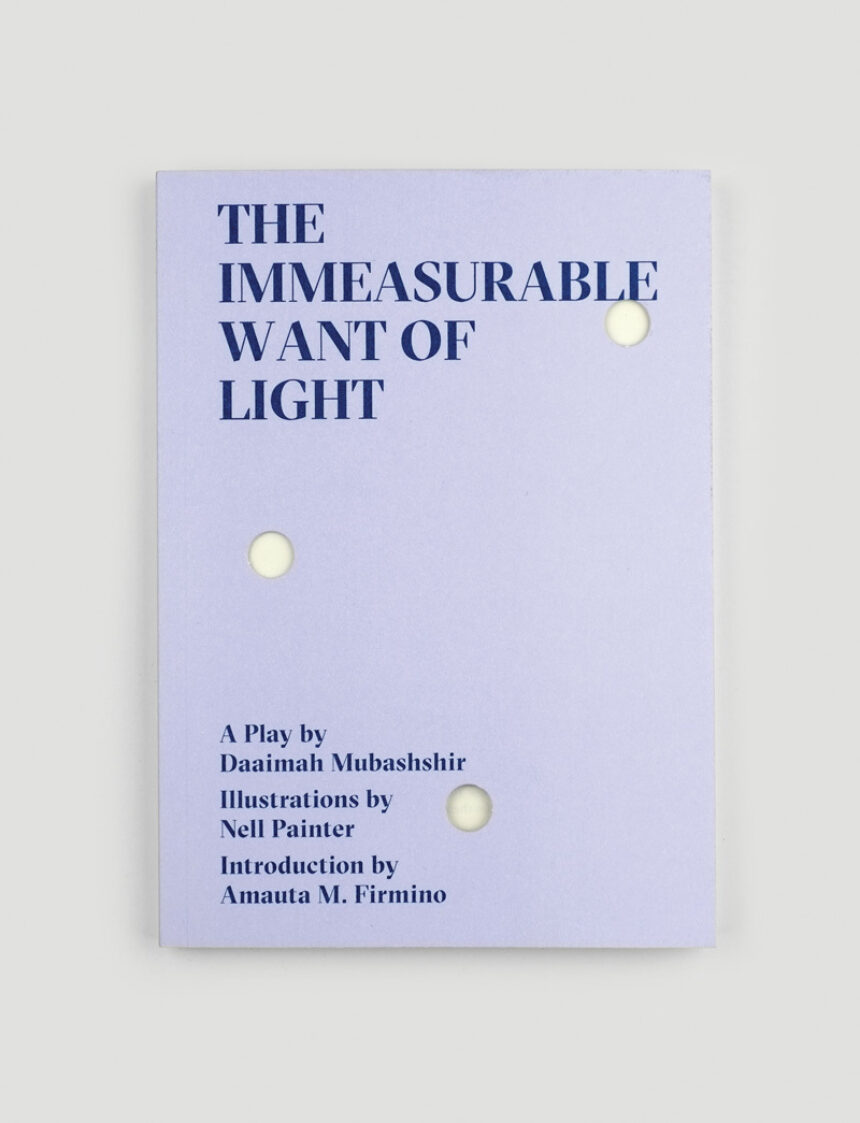 Mubashshir’s vignettes explore characters as wide-ranging as the Dahomey Queen (a reference to the African kingdom known for its female warriors), Pennsy (a personal trainer), and unidentified characters referred to only as the Black body or Black person 1, 2, or 3. Considering the variety of figures in Ofili’s watercolors, Mubashshir gets at the capacious way in which the artist examines representation by resisting overdetermination—“shades of Blackness,” she writes, “so expansive that any attempt to define a single identity confutes itself.”

In her exploration of the politics of representing the Black body, Mubashshir also incorporates mythic questions of origin and artistic creation. She turns to the stars as a framework, charting their transformation from dark matter to exploding supernovas through the central character, Maker. Maker first appears in absolute darkness: “I chose to carry this weight / To emit no light / To be instead / Gravitational / And Black / And heavy.” The play’s titular “want of light” is pitched against the rejection of light’s emission, of being visible or being rendered so.

At the heart of The Immeasurable Want of Light is the question of theatrical Blackness. In a blog post on the Everyday Afroplays, Mubashshir asks, “Can Blackness exist alone in space and time?” Through a poetics of light and darkness, the play creates the theatrical conditions for such modes of being by expertly probing visibility in a play that is not seen but read. The ingenious notational system devised for the script includes all-caps, bolded stage directions that read like voiceover narration in a planetarium. We’re told it’s okay to be anxious in a scene where “a Black body” remains still, unmoving, “controlling us controlling our focus.” We’re told to simply watch as a player (historian Nell Painter, whose collages appear throughout the book) enjoys a glass of bourbon in front of the fire—she “doesn’t owe us shit.” Fred Moten performs a version of John Cage’s 4’33” sans piano: there is nothing to hear, nothing to see but his body against the brightly lit black box.

The Immeasurable Want of Light builds into a dense polyphony, with characters and motifs recurring, advancing, and receding from view with each scene change—like paintings in a gallery that come in and out of focus as you walk around. Amid this vast cast of figures, recognizable personae like Moten and Hilton Als make cameos. Their roles within the galactic art colony setting register as exceedingly playful interventions, inflected by the reader’s familiarity with their writing and cultural presence. But beyond these personalities there are other touchstones, like an archaic pond, from which people emerge endowed with language: words, sentences, “whole mercurial texts” that overflow luminously. It’s a knowingly not-so-subtle metaphor for writing that breathes fresh life into the plays at discrete moments you didn’t know needed it. Even Als, at first glum, cynical, and incredulous, surfaces from the pond ecstatic.

Rachel Valinsky is an independent writer and curator. She is currently a doctoral student in Art History at the Graduate Center, CUNY. 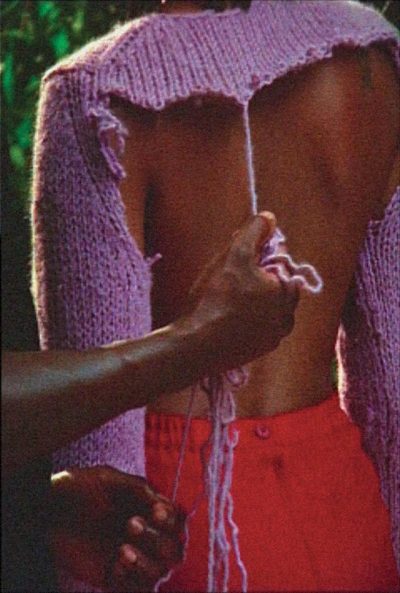 Some images in life and art remain seared in one’s memory because of their sublime effect and power. Such images are found and masterfully constructed in the films of Cauleen Smith.

BOMB on the Scene: Lars Elling: Theater and Its Other Double by Richard J. Goldstein
Banquet Years: Richard Baker Interviewed by Paul Maziar 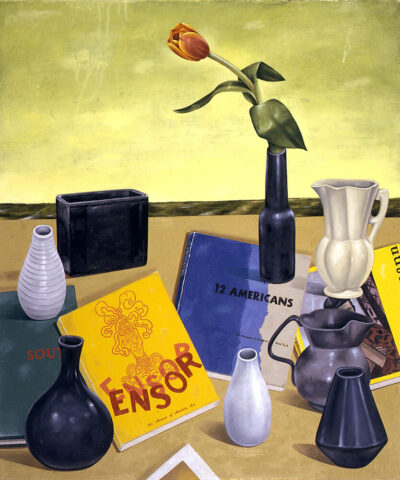