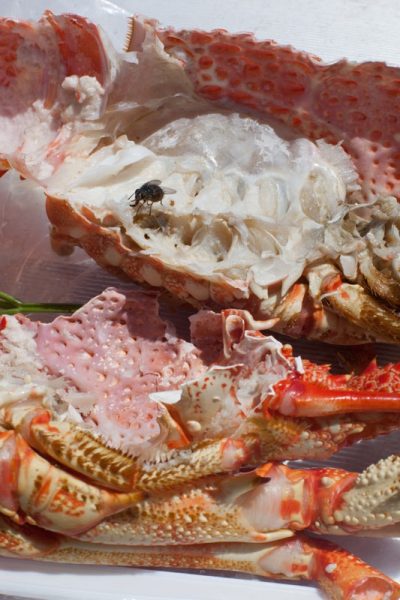 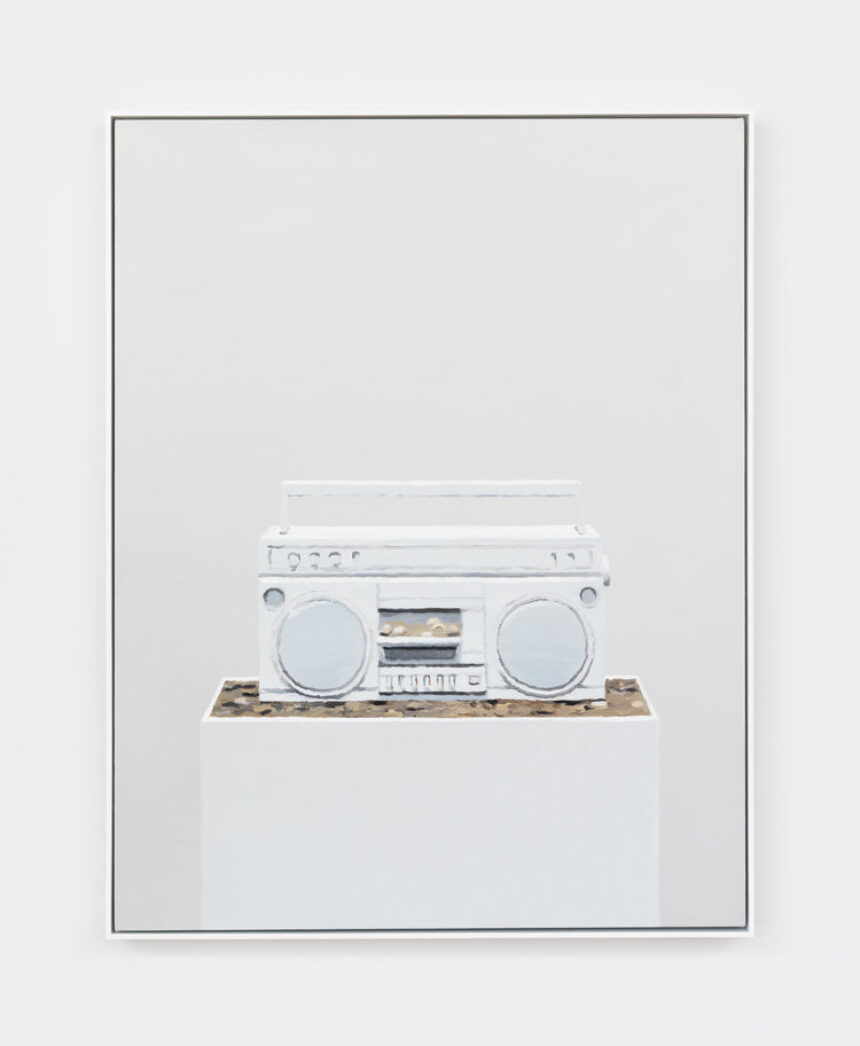 Cynthia Daignault’s There is nothing I could say that I haven’t thought before, now on view at the Flag Art Foundation, collects three separate series of paintings. Together, they continue her signature conceptual methodology, expanding on previous considerations of viewership, representative painting, and existential feminism to include a new imperative—ethics. All art has an ethics of sorts, but not many artists intend to detail the specific boundaries, freedoms, and covenants of that ethic through organizing phenomenological case studies that, in this instance, act as agents of care and consent, contending to where certain limits should be ethically upheld or breached.

The exhibition’s eponymous series is composed of thirty-six portrait-sized, approved copies of other artists’ work painted from JPEGs in Daignault’s slightly fuzzy, deliberately material brushstrokes. If an artist’s intent can be defined by the degree of responsibility they’re willing to give an audience, what’s often left unfocused are the bounds of this intent and where making meaning is the viewer’s burden, not the artist’s. While this can seem abstract and attendant to the idiosyncrasies of an individual work, Daignault makes her intent here identifiable, concrete, and replicable. Mirroring the model relationship between artist and viewer, she engages in a consensual act with another artist, who in turn entrusts her with the responsibility of their work. If the intent were only to pay tribute, Daignault could’ve painted portraits of the artists themselves; however, if her previous writings on biography and identification bear any counsel, she might conclude that the look on someone’s face is a far more superficial means of recording the substance of a life than it would be to testify to the products of their labor and explicitly engage with them. What she then places upon us is the responsibility to negotiate care through a scrim, through her subjectivity of rendering, de-rendering, forgery, and abstraction allows us to see these qualities not as impediments to compassion but concomitant with it. She does here what is seemingly impossible with a digital image—a medium whose nature is immortal mercuriality, forever recuperating an original image for an evermore-unclear posterity—and inscribes a static ethic. 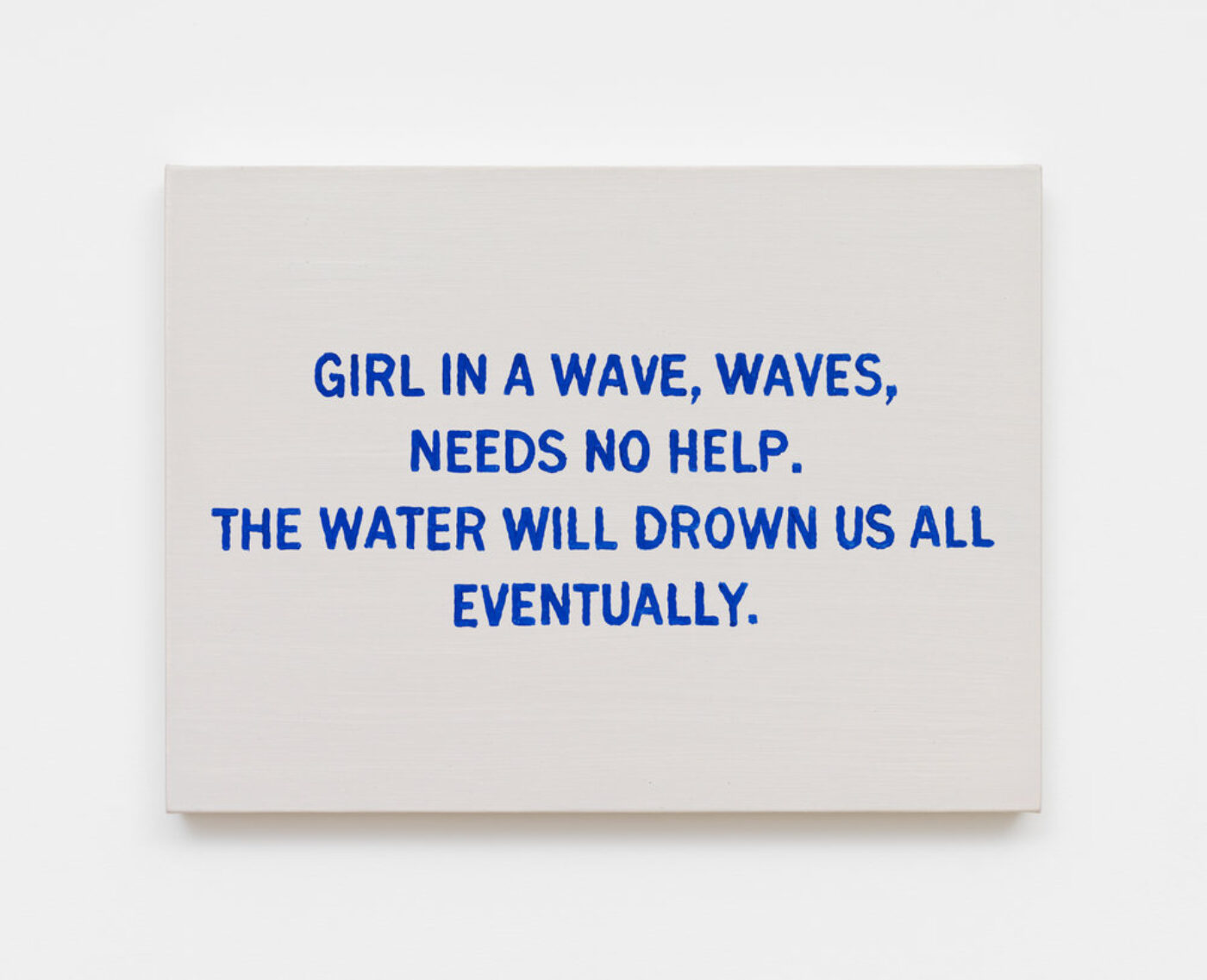 MoMA similarly de-renders its source material. Thirty panels gridded together like a pixel-level zoom-in stand in for historic works in the museum’s permanent collection—as sourced from “top 10,” “best of,” and “must see” lists, all only showcasing the work of men. Each panel paraphrases a few limited essentials of the represented work, namely a single, emblematic color and a pithy textual description. It’s as if you’re viewing these paintings through a dilatant’s eyes, and that could be the case, but it’s more likely this is archetypical of the product of immortalization, a vacation from history. Salvador Dalí’s The Persistence of Memory is here presented as a sort of unhealthy brown and reads “AT THE SEASHORE / SOMEONE LEFT A FACE OUT / IN THE RAIN.” This isn’t too far from how it’s generally encountered and remembered. Dalí himself is remembered mostly for his mustache. No one walks up to that painting and says, “Fuck that guy. He was a fascist sympathizer who made state-sanctioned art while he sold out his friends, made boatloads of cash, and watched the people of his country—especially the women of Spain—suffer and die under Franco’s boot heel.” That history is mostly forgotten or unknown, and with a greatest hits that, again, showcases only the art of men—mostly white, European or US American men—it’s not a stretch to assume that similar histories exist for other works represented here or, more generally, a history of curatorial intent to erase the work of women, people of color, and artists outside of the Western canon—so, misogyny, racism, and imperialism. And what is Daignault’s response? Curatorial détournement. But not in the sense of how institutional critique was levied in recent decades through irony and self-abasement. She chooses the more proactive and militant form: eradication. It could be argued that any art’s “immortal” status has already done as much to eradicate its own disgraceful histories, though, and Daignault just has enough kindness to tell us the truth. 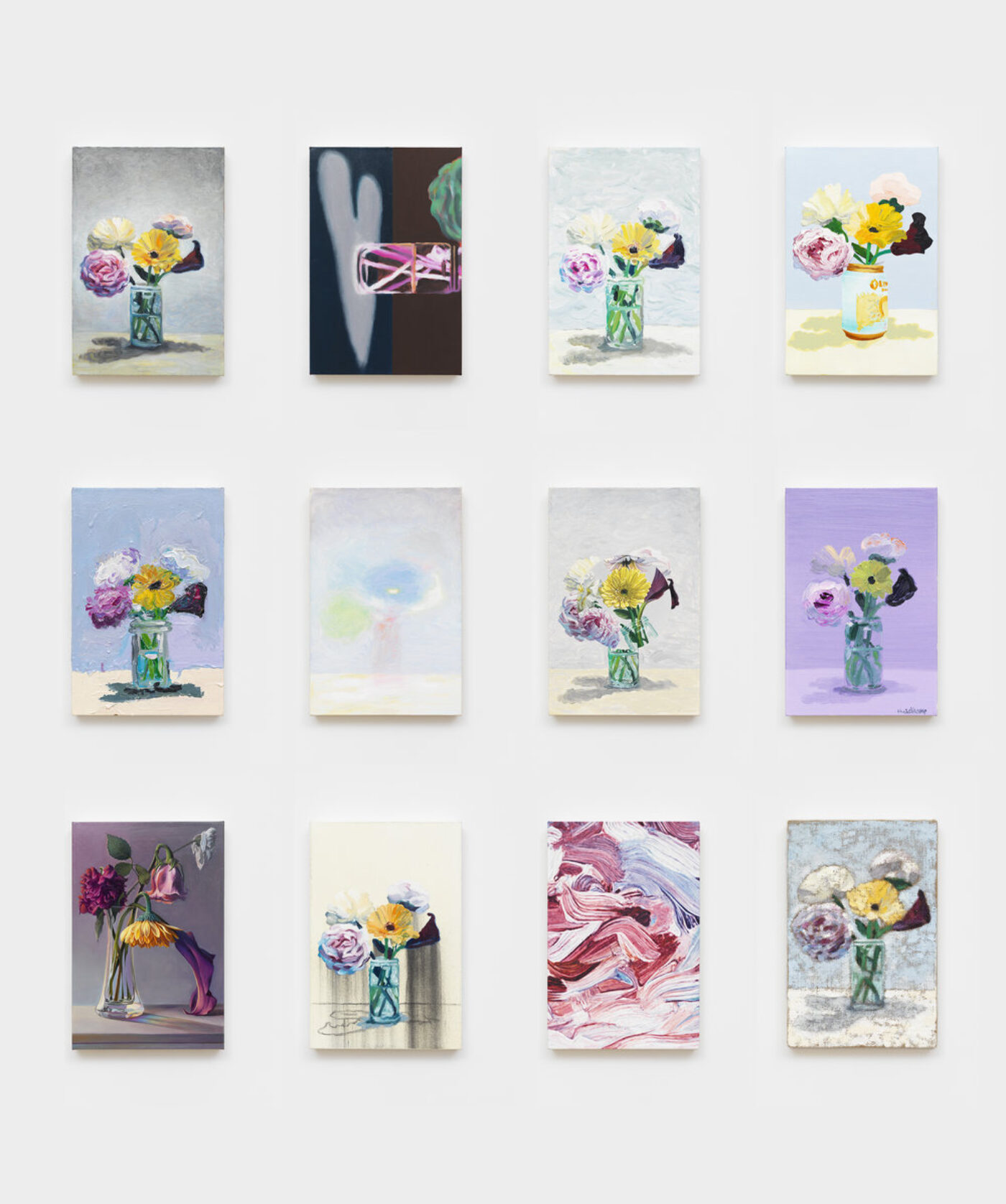 The Certainty of Others, meanwhile, differs from the other two series insofar as Daignault didn’t paint them at all, rather commissioning a group of twelve male-identified painters to reconstruct her floral still life, Everyone you ever loved will someday die (2015), which was destroyed in 2016 as a part of a performance at Art Basel Miami. Though it takes up the smallest corner of the show, The Certainty of Others is the ideological center, most clearly exhibiting the show’s foundational curatorial impulse. Curation is, at its most ideal, an act of compassion and not just an inoffensive arrangement of things, and it’s here that Daignault is specific: consent between artist and curator is as necessary as it is between the artist and their subject and, moreover, the subject and its viewer. The paintings here are small, and while they are variations on a theme, each piece is strikingly individual. They stand not only in contrast to one another but also to the uniformity of the rest of the exhibition. This uniformity doesn’t just delimit the aesthetics of the show, but Daignault’s phenomenological-ethical approach, too. The Certainty of Others is the existential anchor, individual elegies for something gone, something personal. But Daignault is not seeking to memorialize, as there’s no guarantee any of this work will last. It could go up in flames tomorrow, or we could all be struck dead! Daignault, and the whole of There is nothing I could say that I haven’t thought before, is finding something much more human, a place where ethics and evanescence intersect, where we determine and renew bonds with the people we want in and out of our lives, what art we want to forget and remember as long as we can, what the work is that makes us.

There is nothing I could say that I haven’t thought before is on view at the FLAG Art Foundation, New York, until May 13, 2017.

Ted Dodson is the author of At The National Monument / Always Today (Pioneer Works Press, 2016). He works for BOMB.