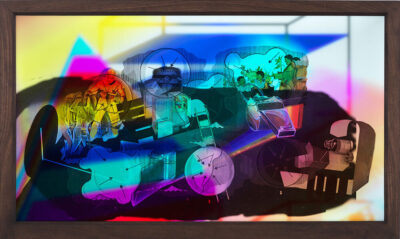 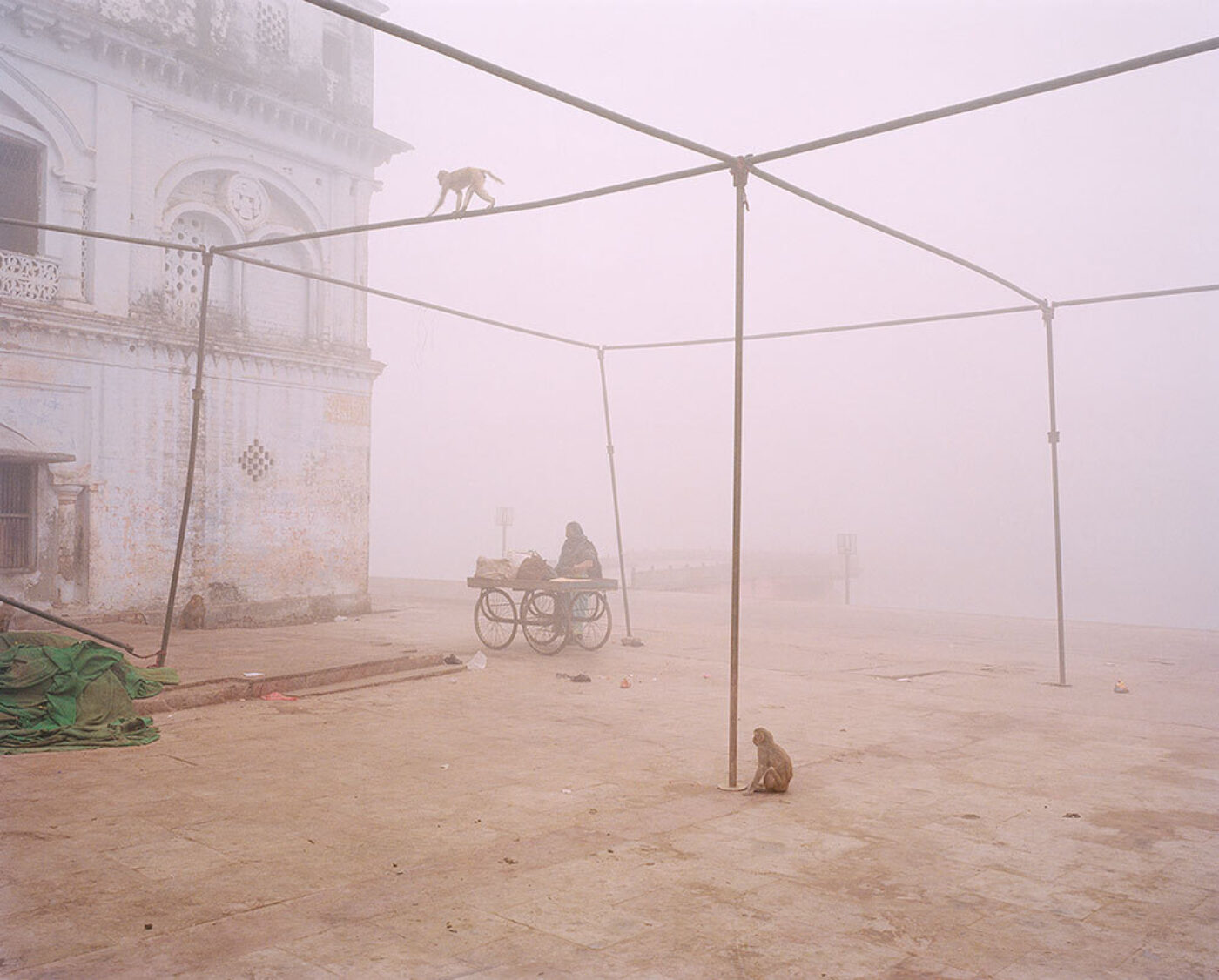 The Ramayana, an ancient Sanskrit epic comprising 24,000 verses, has been told in numerous forms since its earliest version in the circa third-century BCE, but Vasantha Yogananthan’s A Myth of Two Souls is the first version of the tale to be told in photographs. Published in seven books over seven years, Yogananthan’s project mixes documentary and staged images, large-format photographs with paintings and comic book panels, as well as the creative contributions of over a dozen artists and writers from India. The seventh and final book, Amma, which tells the story of Prince Rama’s return home, was recently published by the Marseille-based Chose Commune.

Will Fenstermaker The Ramayana is so pervasive. It’s been central to Hindu and Indian identities for hundreds of years, but it’s also continually retold and adapted in movies, comic books, and TV series. Are you aware of any photographic versions of the story besides your own?

Vasantha Yogananthan No, that was one of the reasons why I started this project in the first place. I don’t know if I would have undertaken it if an Indian photographer already had done it.

WF Your project is very collaborative. You commissioned a different writer to compose the texts in each photobook and worked with a number of artists to work with the images, all of whom are from India.

VY Initially I wanted to commission a new Indian writer for the seventh and last book, but he got COVID-19. He’s okay, but he couldn’t commit to the project as initially planned. So I decided to write the text myself. It forced me to question why I started the project in the first place. At some point in the text I mention that as I traveled deeper in India between 2013, when I started, and 2021, when the project is ending, I’ve often felt like an imposter. I have Sri Lankan patrimony, but I was born and raised in France; I’m someone from the West going to India to work on a text that’s twice as long as the Bible. I was asking myself whether I had the right to work with the Ramayana. As a photographer, I have a responsibility for the pictures I create—and disseminate through books, exhibitions, and social networks—and how they communicate ideas about contemporary India.

In the past, photographers traveled the world capturing pictures of people and countries other than their own, and no one really questioned that. Times have changed for the best, but I hope that artists will continue to create bodies of work about other communities. Otherwise, we’ll end up with hundreds of closed worlds that actually reinforce far-right politicians’ attempts to divide us.

In my opinion, the hardest thing for a photographer to do is to be aware of your own biases. Your culture provides your lens on a situation. Initiating a dialogue with Indian artists and writers, and publishing the story as seven different volumes, was a way to add layers and fold different opinions into the project. 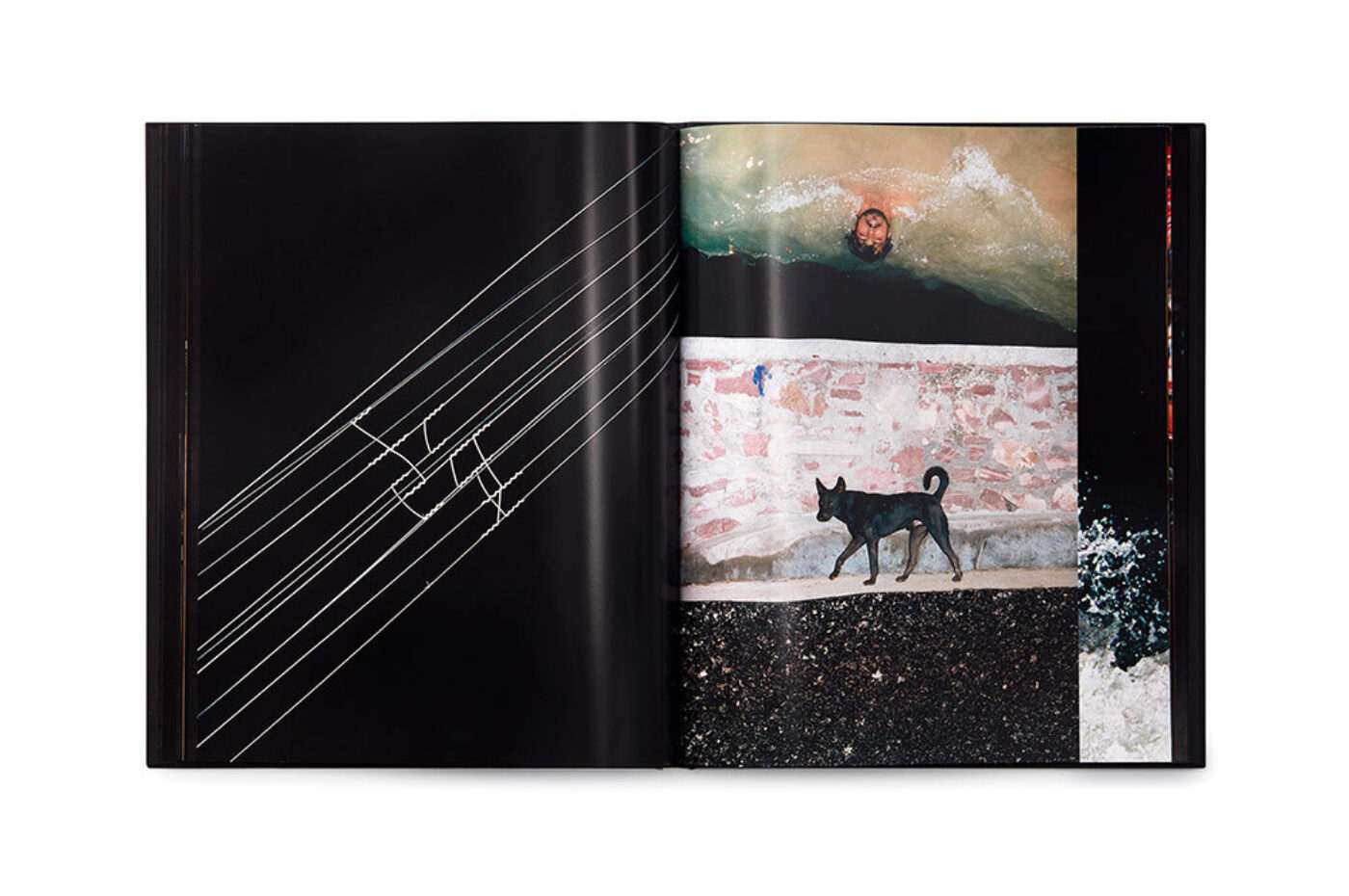 WF In each of the seven books you alter the photographs in different ways. In several books, you invited different artists to draw or paint on the images, sometimes in very subtle and other times quite substantial ways. In the sixth book, you collaged your images. And in the fourth book, you included panels from a comic book illustrated by Pratap Mulick and worked with Jaykumar Shankar to hand-color some images—which is especially interesting given the history of photography in India. In the medium’s early days, British colonialists employed Indian artisans to colorize black-and-white images documenting their travels, which complicates the country’s relationship to photography. The fact that you can’t always tell when the images have been altered is, I think, a way of approaching these questions about extraction and labor. Are you experimenting with the images in the final book?

VY For the first time, I’m actually painting the images myself.

WF Oh, so this book is all you!

VY Yeah, this last book has been very different in the sense that I did a lot of studio work after shooting. I’ve been looking back into my archives from all of my trips, and book seven gathers photographs taken over the longest span of time. I’m including pictures that I’d initially overlooked, for example, and painting over them. In a sense, the project ends by folding into itself. I’m integrating aspects of the project I’ve developed over the years. It was the most complicated book of the series because it’s also where things end, even though the Ramayana never really ends. How do you put a full stop on 437 photographs and seven books? How do you leave things open? The story ends with more questions remaining than answered. 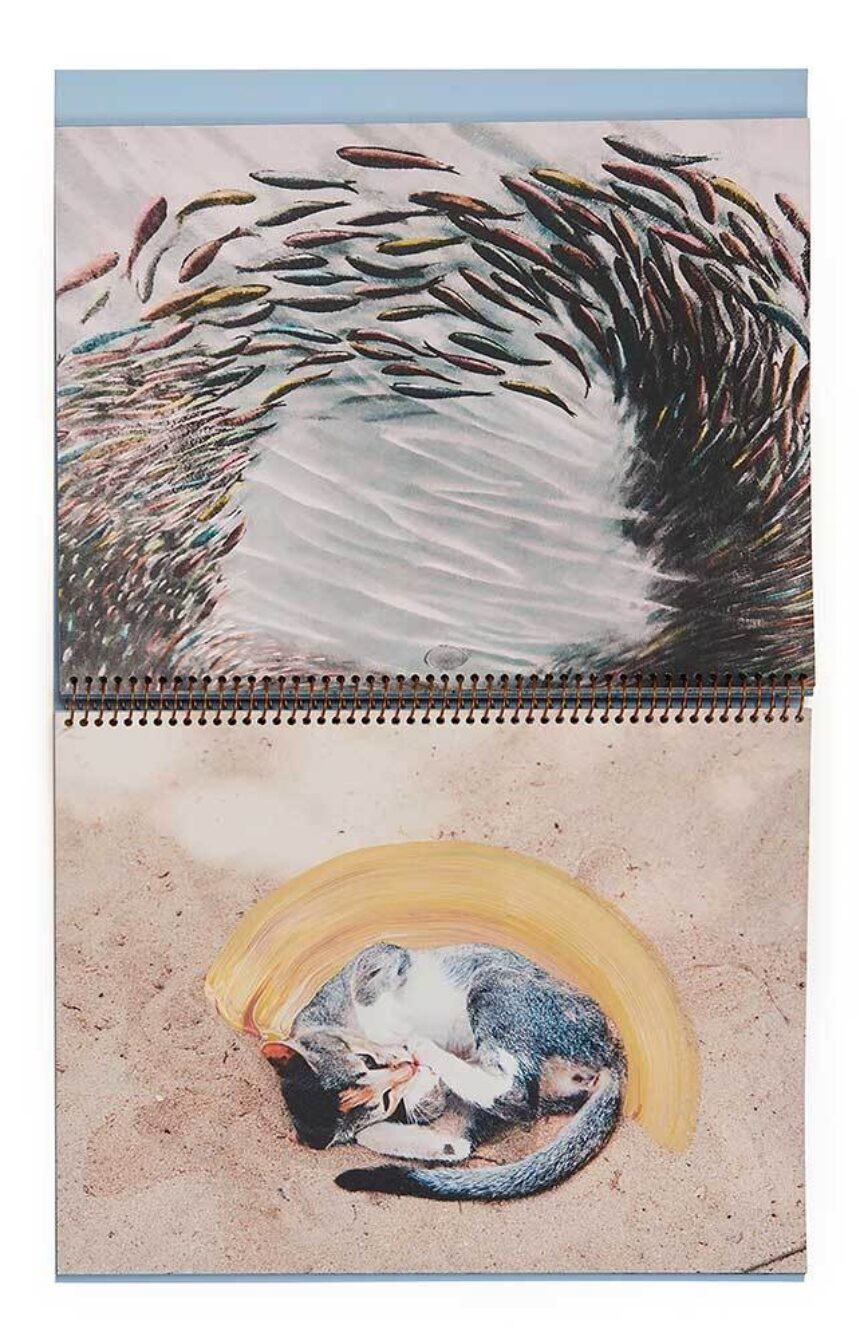 WF A Myth of Two Souls mixes both documentary and staged photographs, again without always making it clear which is which. In part, that reflects the ways that this story has been folded into daily life and the lack of a clear distinction between the myth as a story and the myth as it manifests within identities. Was that development intentional?

VY After two or three trips, I realized that the gap between reality and fiction regarding the Ramayana was so thin. I felt that if I was too close to the original text, I would simply illustrate the story and lose the real power of photographs—the void that, unlike a film with dialogue and moving images, photographs ask the viewer to fill. What became interesting, for me, was to create pictures with many signs of contemporary India, yet there’s always something bringing you back to the past. That idea of traveling through time and space is at the core of this project. It’s something photography is really good at.

In the end, it doesn’t really matter whether a photograph is staged or not. As a photographer, your presence is already modifying the scene. There recently was an exhibition entitled But Still, It Turns: Recent Photography from the World at the International Center of Photography in New York City which featured work by nine US photographers over the past decade. Curated by Paul Graham, it was a kind of manifesto for a post-documentary generation of photographers. These photographers are working with “the real” in a different way than photographers did in the ’70s, ’80s, or ’90s. They work with their subjects and often take a very long time to realize their projects. This is a position that I feel strongly aligned with. 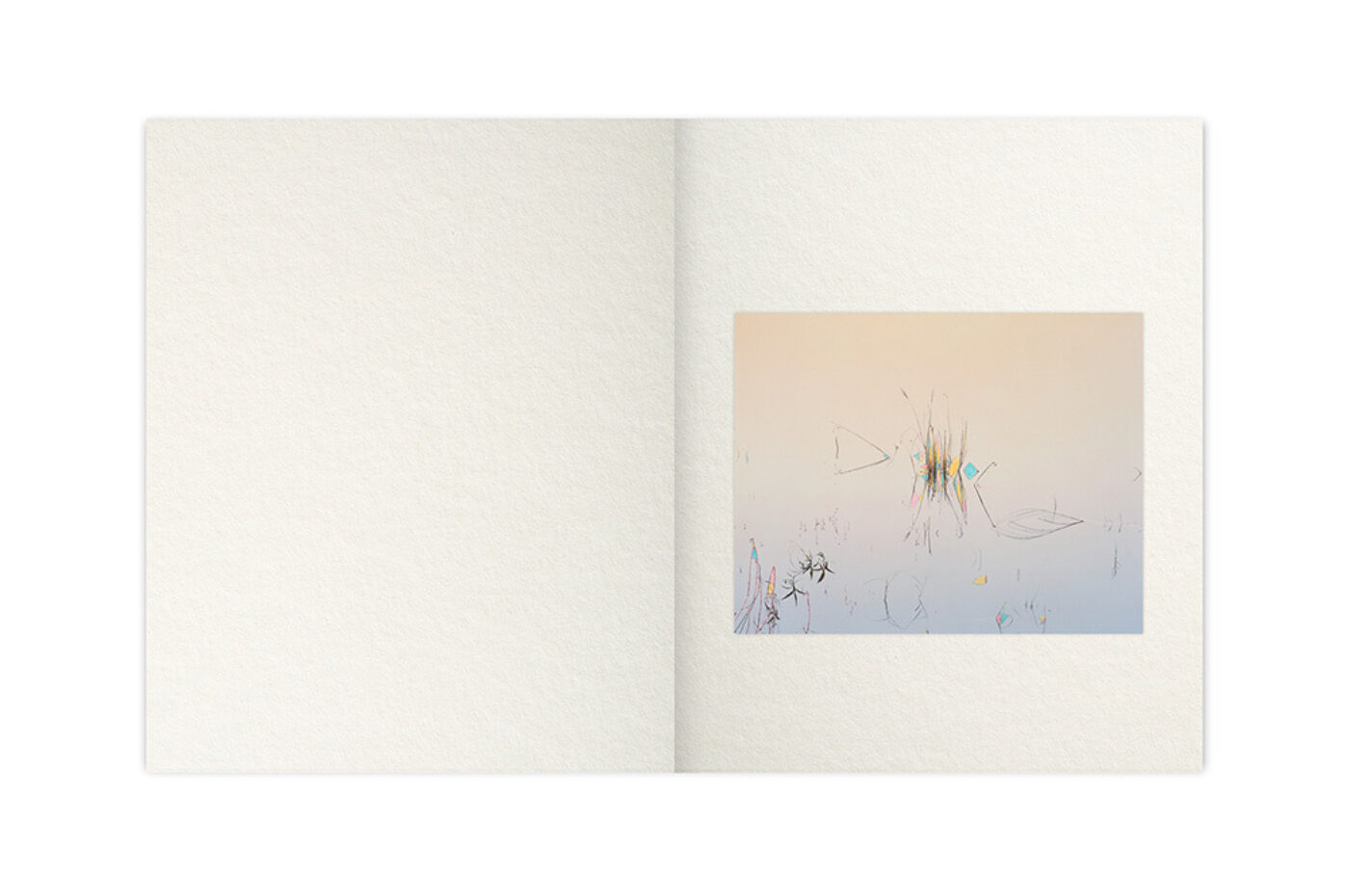 WF All of the different dimensions of your project, its many layers of fiction and craft and narrative, help represent the different resonances the Ramayana has throughout the entire subcontinent—especially India, Nepal, and Sri Lanka. What’s your sense of how the Ramayana operates today?

VY Well, the seventh book revolves around the aftermath of war. Prince Rama and Princess Sita return to the kingdom to find people gossiping about the fact that the princess was raped in prison in Sri Lanka. Rama has to take a stand and choose between the people and his wife. Of course, I’m not telling the canonical Ramayana. My version is one of a thousand versions of the story, and in the final book I wanted to get at the core of the discussions people have about the Ramayana today. Especially in the countryside, women have a very strong connection to Sita. They see her as a strong woman who’s more than just the shadow of her husband. Even though she lives in a patriarchal society—and of course the story is patriarchal, because it was written in 300 BCE—she survives many more difficulties than the men.

Anyway, once your photographs are out in the world it’s not for you to decide how people will read and understand them. I think that people in India can’t help but read my photographs according to the country’s politics today, which is only fair. The country is going through a crisis, and a large part of that revolves around identity. But in fifty years India will be somewhere else. Photographs move across eras, and people will read them according to their time and culture. That said, you can “frame” images in the way you’d like people to read them, and the photobook is the best medium for doing that.

WF Right, the story’s role in society today is fraught. Narendra Modi’s ruling Bharatiya Janata Party uses the Ramayana quite intentionally to propagate the idea that India is a Hindu nation.

VY The Ramayana will always be instrumentalized by politicians and people who say it’s at the core of what it means to be Indian. Things are different in the West, but we too have questions and debates about how we should read art and literature from the past or what we should learn from it. An old text may seem outdated, but parts might remain relevant today. As artists or intellectuals, what’s important is to shed another light and ensure that conversation remains open.

Will Fenstermaker is an art critic based in New York City and the exhibitions editor of TheGuide.art (https://theguide.art). 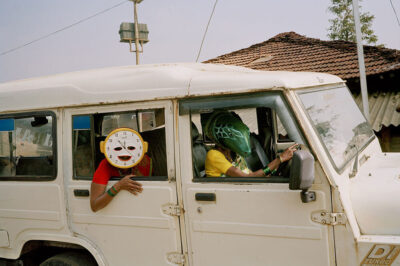 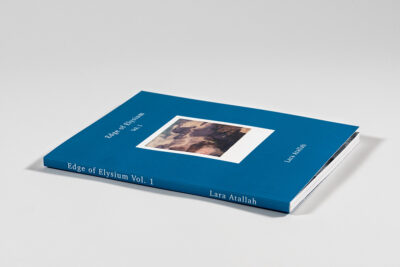 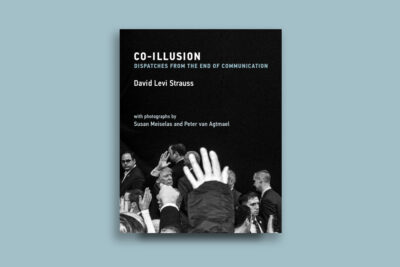