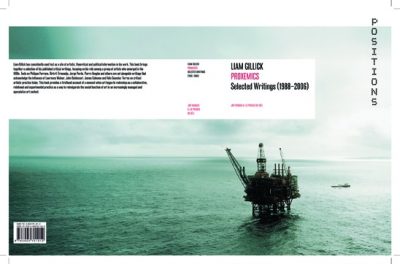 What’s hot magenta pink, shaped like a shoe box, and shrink-wrapped? It also weighs about as much as your cat, according to waggish art critic Jerry Saltz, who spouted that line at a panel held at the Cooper Union to launch the item in question. It’s a very stylish and thoughtful exhibition-in-a-book (there’s no standing show). Just published by Phaidon Press,Cream: Contemporary Art in Culture is a compilation of what its curators consider to be 100 of the most significant “emerging” artists of the moment. London-based Phaidon editor Gilda Williams commissioned ten internationally-oriented curators to pick ten artists each that they hold in high esteem. Much like the Modern Library’s rather arbitrary, dead-white-guy-dominated listing of the 100 best 20th-century English language novels, Cream is bound to call forth a thousand indignant alternative lists. And so much the better. But unlike the Modern Library’s list, Cream is multicultural, transglobal, and indeed transdisciplinary to a fault—besides being a drop-dead beautiful book. It’s meant to appeal to both the art world insider and the querulous, headscratching newcomer. Each artist gets a lucid and thankfully short essay, a quick bibliography and four pages of terrific reproductions. The ten curators include the New Museum’s Dan Cameron and others, such as Okwui Enwezor, who spends a bit of time here in Gotham and elsewhere. The artists include Ana Laura Alaez, Sarah Sze, Lisa Yuskavage; the list goes on. As Williams put it at that same Cooper Union panel, “Cream in my coffee, cream of the crop, Cream the rock magazine; Cream is all of the above and none of the above.” Try a little fresh Cream today.