The following is an excerpt from an interview, an imaginary dialogue between Walid Ra’ad and Souheil Bachar, which complements one of the Atlas Group documents, the videotape titled Hostage: The Bachar Tapes (English Version). This interview unpacks many of the issues raised in the tapes. such as the homosocial and homoerotic dimensions of the captivity of Westerners in Lebanon and the Iran-Contra affair, among others. Other excerpts from the interview appear in the spring issue of the Austrian arts magazine Springerin and in the cahier titled Tamas, which accompanied the exhibition Contemporary Arab Representations: Lebanon at the Fundacio Antoni Tápies Barcelona Spain, 2002. 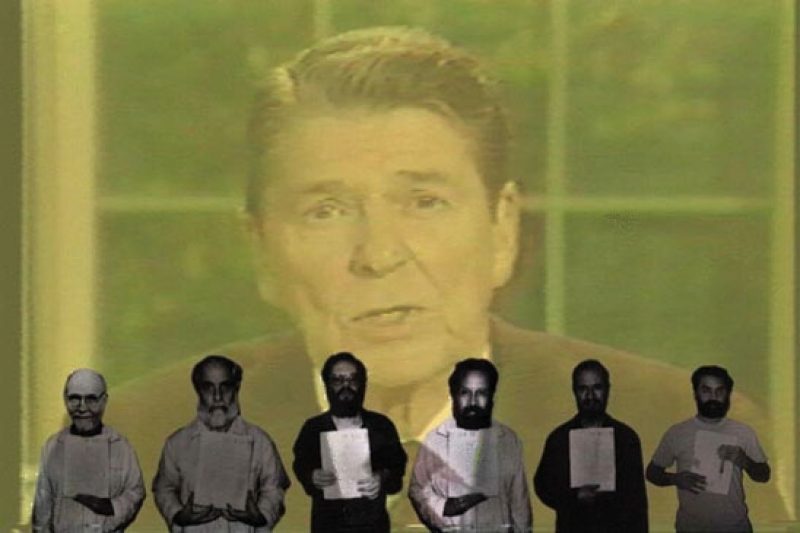 Walid Ra’ad Can you please identify yourself?

Souheil Bachar My name is Souheil Bachar. I am from the village of Houla in South Lebanon. I am 42 years old. Can you identify yourself as well?

Ra’ad My name is Walid Ra’ad I am a media artist and teacher. I also work with the Atlas Group, a foundation established in 1976 to research the contemporary history of Lebanon.

Can you tell us about how you came in contact with us, the Atlas Group, and about the tapes you have produced?

Bachar I saw your presentation of the Atlas Group Archive in September 1999 at the Ayloul Festival in Beirut. I was very intrigued by your foundation’s mission and by the documents in your archive. I approached you after the presentation and we agreed to meet and talk. After a series of meetings between us two years ago, your foundation proposed to assist me in the production of videotapes about my experiences as a hostage. In the past two years, I have produced 53 short videotapes.

Ra’ad But you don’t make public all 53 videotapes?

Bachar I have screened publicly all 53 videotapes but only in Lebanon, Syria, Iran, Iraq, Egypt, Libya, Sudan, Palestine, and Morocco. Of the 53 videotapes, I allow only two tapes, #17 and #31, to be screened in North America and Western Europe.

Ra’ad Can you tell how you came to invent yourself, to imagine yourself as Souheil Bachar?

Bachar As the arms-for-hostages negotiations among the US, Israel, and Iran became serious in 1985, Islamic Jihad, Iran’s ally in Lebanon, gathered most of the American hostages they held into a single ten-by-12-foot cell. The idea was that if and when the hostages were released as a result of the arms trade, they would look significantly better if they had been together than if they had just emerged from solitary confinement. During this three-month forced cohabitation, an Arab man was placed in the same room as the Americans. In their books, Terry Anderson, Benjamin Weir, Thomas Sutherland, Martin Jenco, and David Jacobsen identify this man as Wajd or Wajid Domani or Doumani and they describe him but they describe him differently. I found these descriptions to be very intriguing and I became interested in this man’s story. After initial attempts to find him proved fruitless, I decided to imagine his testimony, my testimony. I did so in order to speak about certain dimensions of the “Western hostage crisis” that had not been examined at all, namely, the cultural and literary dimensions of the writing of the story of captivity; the figurations of Arab and Western masculine identities given expression in the books; and policy dimensions such as a troubling US policy in Lebanon and the Middle East in general.

Ra’ad OK, then, let me continue with a general question about the political scandal that is most closely associated with the captivity of the Americans in Lebanon in the 1980s, the Iran-Contra affair. What is your understanding of the affair?

Bachar It is clear to me that no event framed more publicly the abduction of Westerners in Lebanon than the American scandal widely known as the Iran-Contra affair. I suppose that in the United States, the mention of Iran-Contra conjures up for most people images of Oliver North.

Iran-Contra involved two distinct Reagan administration policies. The first policy concerned the trading of US arms to Iran for, among other things, the release of US and other Western hostages held in Lebanon by Iran’s proxy militias in Beirut. The second policy involved the support of Contra military and paramilitary activities in Nicaragua between 1984 and 1986.

What was taking place was that the US was overcharging the Iranians to the tune of 600 percent for the sales and diverting the profits to support the Contras in Nicaragua. When this diversion scheme was revealed, it triggered a series of official investigations, five of them in fact, between 1986 and 1993, beginning with US Attorney General Meese’s preliminary inquiry into the sale of arms to Iran and concluding with Independent Counsel Lawrence Walsh’s report in 1993.

My reading of the investigations demonstrated to me that their investigative scope was limited to particular areas and as such failed to address a number of central questions about the development and implementation of US foreign policy. The investigations were politicized and partial, and they produced contested narratives that displaced interest away from the historical and policy dimensions of the affair and onto a concentrated celebration of the good health of the American political system. As such, the investigations failed to shed light on how a disastrous US policy in the region had contributed to the abduction of Western men in Lebanon.

Now some may think that this scandal is old news. Well, it is and it isn’t. It is important to keep in mind that many of the American policy makers who were involved in this affair in the 1980s, men such as Elliot Abrams, Otto Reich, and John Negroponte, are now once again active in shaping and implementing current US policy in the Bush administration, and their continued involvement in shaping a disastrous US foreign policy was evidenced a few weeks ago when their role in the attempted coup in Venezuela was uncovered.

Ra’ad Can you tell us something about your insistence on having your voice dubbed by a female voice-over?

Bachar A fascinating and revealing aspect of the books written by the Americans is that of the literary contributions of the hostages’ girlfriends and wives. Anderson’s, Sutherland’s, and Weir’s books, for example, include sections in which Madeleine Anderson, Jean Sutherland, and Carol Weir contribute by relating “their side” of the story.

In many reviews of the books in the US popular press, I was surprised that critics have characterized the contributions of the wives as “odd” and as “distracting.” The question I want to ask the critics is, “From what does Madeleine’s, Jean’s, or Carol’s account divert us to deserve this characterization as a ‘distraction’”?

It is evident when reading the captivity memoirs that what was unfolding in Beirut was a series of events from which the wives were excluded. Beirut’s cells, in other words, were spaces populated mainly by men, by Arab and Western men. So, one can say that the wives’ contributions constitute a gendered distraction in that they impose onto an otherwise male narrative of captivity a woman’s thoughts and perspective.

However, it is noteworthy that Madeleine’s account was not the only one written by a woman close to Terry Anderson. Terry’s sister, Peggy Say, had for years been vocal in the popular press about her brother’s fate. Her book, titled Forgotten, was published during her brother’s absence in 1987. By 1993, when Terry Anderson’s book was published, Peggy Say’s book was out of print and she was out of sight.

What I want to argue is that while the captivity of Westerners in Lebanon affected not only the hostages but also their families, friends, governments, and numerous others, it is intriguing that the story of captivity is distilled in the memoirs to being not that of the Western men and their mothers, fathers, brothers, friends or sisters, but particularly that of the hostages and their wives/girlfriends.

The distillation of the narrative in its published form suggests that Madeleine and the wives’/girlfriends’ contributions constitute not only gendered contributions but also sexualized ones. Some writers have already suggested that the drama of Western women’s captivity tends to revolve around their sexual assault. I want to suggest that that of Western men’s revolves around containing the threat of sexual desire for men, for Arab and Western men. This threat is ultimately contained through the literary contributions of the wives/girlfriends. These contributions not only confirm the women’s self-imposed celibacy during their husbands’ ordeal. They also confirm that women remain the Westerners’ love objects.

Hence my uses of a woman’s voice-over works in relation to my segment on sexuality. Both segments are there to remind us of the gender, homosocial and homoerotic dimensions of the captivity of Westerners in Lebanon and to suggest that the wives’ contributions demonstrate that the experience of captivity and its representations grant the male hostage a better understanding not only of “the enemy, God, the family, or self” but also of his sexuality. It confirms his heterosexuality.

There’s Something Very Male About Me by Dodie Bellamy 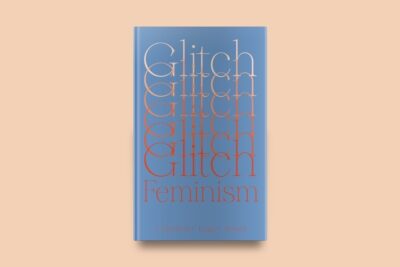